A life-changing decision - Butt Out!

Today I finally decided to stop smoking cigarettes for good.

I started smoking pretty early on in my life at around thirteen years old and have been smoking ever since. It was a really big mistake to start smoking in the first place and I've regretted it a lot of times. 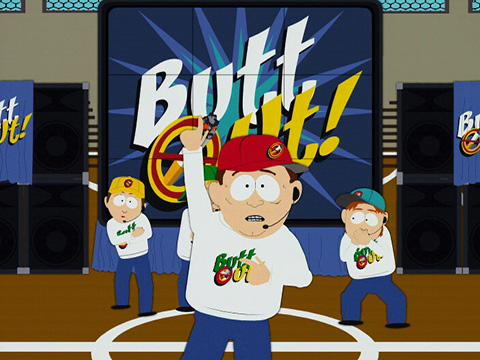 I've wanted to stop smoking for a long time but until now I just never really felt ready to quit so I just kept pushing it forward. I quit for almost a year while I was in the army and there I used "snus" instead. For those who dont know "snus" is a swedish alternative to tobacco and is explained on Wikipedia like this:

Snus (/ˈsnuːs/; Swedish pronunciation: [snʉːs]) is a moist powder tobacco product originating from a variant of dry snuff in early 18th-century Sweden. It is placed under the upper lip for extended periods. Snus is not fermented and contains no added sweeteners. Although used similarly to American dipping tobacco, snus does not typically result in the need for spitting and, unlike naswar, snus is steam-pasteurized. It has been proven to be a lot safer than smoking tobacco and at least a lot better for your lungs and this was very important to me during my military service since I needed to be able to run for long distances and the tobacco really ruined that. Snus is surprisingly illegal to buy or sell in Finland but is completely legal to use so people go to Sweden and stock up on it there. It helped a lot and made it possible for me to keep up with all the running exercises. After that I somehow went back to smoking again and since that I've been smoking around a full pack a day.

After today I will never start smoking again and I will also not start using any alternatives this time. I realize it is going to be hard to quit cold turkey but I feel like that is the only way that is going to work for me. As long as I keep my mind busy I'm sure it won't be a big problem. Luckily I have Steemit to keep me entertained! I have also downloaded an app on my phone to keep track of my time without tobacco and also other things as you can see in this picture:

This app actually shows a lot of information and it makes it all a little more interesting. I will keep you updated on my progress and soon I will be completely smoke free!

So everyone wish me luck and see you soon on the non smoker side!

Also tomorrow I will be going to a nearby city to see "Tall Ships Races" which is an event where the biggest sail ships from nearby come to the city and you can walk around and look at them all. I will make a post about this after I get home! If there are any steemians on their way there tomorrow then hit me up!

Have a great weekend everyone and remember to follow. 😁🚀! Good & Brave Decision!! We all support you on this. Although I tried and failed but I know if you try hard enough, nothing is impossible. I was off it for good 1.5 years before getting back to it. Stay strong !!

Thank you! I am not giving up this time :D

Amazing man, it wont be easy quitting whitout any alternatives but it's probably the best way to avoid getting seriously addicted to something else along the way.
I quit smoking for about 5-6 months ago, not even counting anymore. You have to keep yourself busy and try to find new routines, that was the worst part for me, no more cigarettes to my morning coffe and after food cigarettes and so on, but I bet you can do it! Be strong my friend!

Yeah, that's what I was thinking too. Good job man! The routined cigarettes are the hardest to stay without but as long as I stay busy it's alright. Thanks mate :)

I tired smoking once when I was thirteen. It made me sick so I never smoked again. yay!

I wish it would've been the same for me :D

Hi @strawhat. Great decision bro, I unfortunately have tried many a times to quite smoking but have failed every time,. I traveled a lot when I was in the fashion industry and the worse time was in the airplanes , there no nicotine patches then, thankfully there is the electronic cigarette now. I truly do wish you the best of luck and all the support forward. I heard that you should eat a carrot stick each time you feel an urge to smoke. It is healthy and well can be held as a cigarette I suppose. Good luck and have a safe trip!

Thank you for the support ! :) I used to hate flying only because it would mean I couldn't smoke for a long time. Hopefully in the future I can relax and actually try to enjoy the flight :D I will keep the carrot stick in mind when I feel an urge, thanks! :)

Congratulations @strawhat! You have completed some achievement on Steemit and have been rewarded with new badge(s) :

I quit in 2017 after 17 years of smoking (sometimes more than 20 a day). I did not use any replacement. I am glad you finally made it. It out-fashioned anyway :P

Glad to hear it works :D I will do the same

Bra Jobbat ! Granted I don't know you well but that should be one of the best decisions you ever made! Congrats !

Congratulations! This post has been upvoted from the communal account, @minnowsupport, by cricinfo from the Minnow Support Project. It's a witness project run by aggroed, ausbitbank, teamsteem, theprophet0, and someguy123. The goal is to help Steemit grow by supporting Minnows and creating a social network. Please find us in the Peace, Abundance, and Liberty Network (PALnet) Discord Channel. It's a completely public and open space to all members of the Steemit community who voluntarily choose to be there.

Hey, congratulations! That is excellent. The app looks really cool - it made me think maybe you were going to take the money you would have spent on cigarettes each month and buy Steem instead!

Thank you :) It's a sailing event where Ships come from different countries to the same harbor and people can walk around and check them out. It's almost like a festival with restaurant-tents and bars and so on! :) I think today even fireworks :D Finlandssvenk är jag! :D Häftigt

That sounds like a lot of fun. I used to live by South Street Seaport in Manhattan and I could see about 30% of a Tall Ship from my window (it was blocked by a building.) Jasså? Ännu bättre...

Around 13 years old? man it was too early. Anyway finally you took the right decision. Best of luck :-)

I agree. It was a bad time to start.. Thank you!

I wish you all the best, be strong...following

Decision which will impact ur life and around u

I'm glad you decided to quit smoking. And you made the right choice quitting instantly instead of trying to lower the amount you smoke everyday. That never works and creates even more problems.

Yea me too :) I think this is probably the best way.

I quit smoking November 2, 2015. I went cold turkey too. The hardest part was the first 3 weeks. Headaches, irritability, insomnia, etc. It gets significantly easier after that. Stay strong... you can do it!

This is great decision and for that you deserve a great round of applause. Welcome to your new life buddy with cigarette, you'll love it . And most of all, now at least your health would be preserved.

It's amazing that you stopped, congratulations!

I'm not even surprised that descendant of Mugiwara likes ships so much lol.
Good luck, be healthy and etc.
Waiting for the post about ship races.

Haha, well they are pretty cool! :) Thank you

I quit 3 years ago, I read a book "Allan Carr's Easy way to stop smoking" just throwing it out there really helped a lot.

Thank you :) I will check this out!

Congrats on making the commitment to quit smoking. I had a lot of friends who started smoking in highschool that are also, to this day, struggling to try and quit.

Thank you :) good luck to them as well!

Well done mate! We wish you all the best. when temptation comes, remeber your goal!

Thank you! :) I will keep that in mind

first of all i will congrats you for stopping smoking...

I know I don't have the power to quit, but I'm glad to see others doing it. Stay away from people that smoke, change your routines so you're not permanently reminded of the fact that you used to smoke doing this or that. Best of luck!

I know quitting was one of the hardest decision you had to make, but am glad you were able to pull through. You have done yourself proud, hats off to you. Congratulations.

why quit ? you loved it didn't you? met many people, smokers like no others died of age, not of cancer of any sorts...good luck ..

are you trying to make me not quit? :D

A very brave decision, Stick to it! I have also been struggling but haven't got my heart agreeing on this quitting thing. Upvoted and Resteemed! Best of Luck

Welcome! What's the name of the app?

Check out my post too
Exposing The Real Beauty OF Pakistan!!! (Part 1-Lahore) 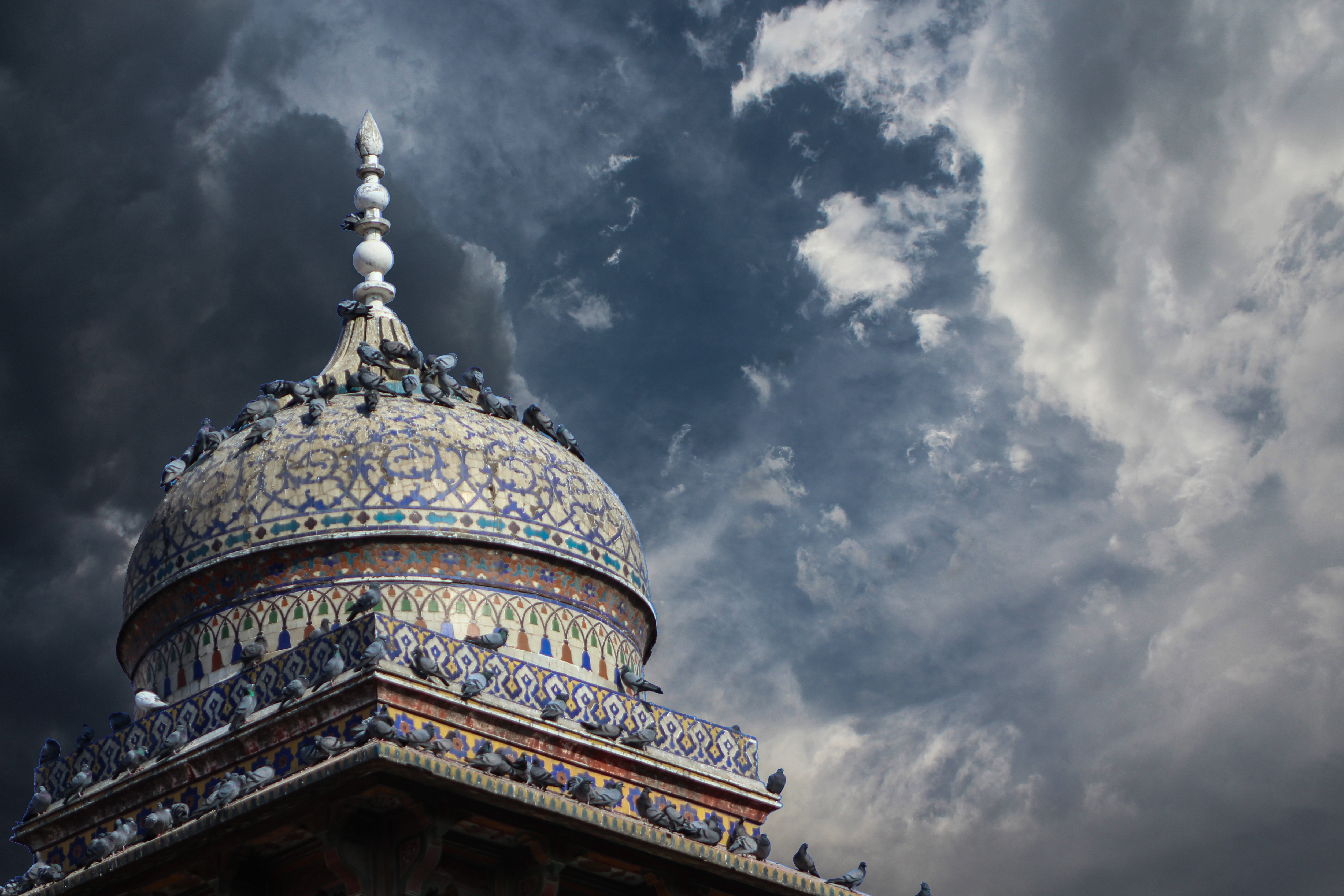 I have now quit for 2 months and have quit too many times before. Honestly, 1 puff and you will be back to smoking. The first 2 weeks are the hardest - after that it's like you have never smoked!

Remember that cravings only last for 3 minutes and you will have more cravings in the first month in quitting than your entire life if you stay quit! Good luck. All the best

Thanks this actually helped :)

Congratulations on deciding to try and improve your health and life! It's a smart and good decision, man! Keep with it for sure and stay strong!

The best decision you could have made. I stopped 20 years ago and have not looked back since.

My hat off to you - not an easy thing to do

Great decision that would be the best thing you would have done for yourself my best wishes good luck :)

Now your journey for better health and so better future begins, soon you will see great changes in your life style. Stick to it and keep busy yourself in some hobbies. I hope you will be able to make it.

A tough habit to quit no doubt.
Always keep your goal in front of you! I heard that the craving for a smoke only lasts a few seconds and then it passes. Also, when you get the urge, take several deep breaths!
You can do it! We are all rooting for you!

smoking is injurious great news that u stopped :)

I visited your page, and found this post amazing! interesting ?,@ronaldmcatee