For our Joogsie - When it's Time, Decide and Don't Look Back

What a roller coaster ride it's been in trying to restore Joogsie's health.

Now, I know she's "just" a dog. And, as I was reminded while my friend Jean Rony just visited from Haiti, there are folks who could really use some help around the world.

On the other hand, many understand that there's more to a good dog and "just" a dog. Plus there's a sense of loyalty some of us have as part of the way we're wired. 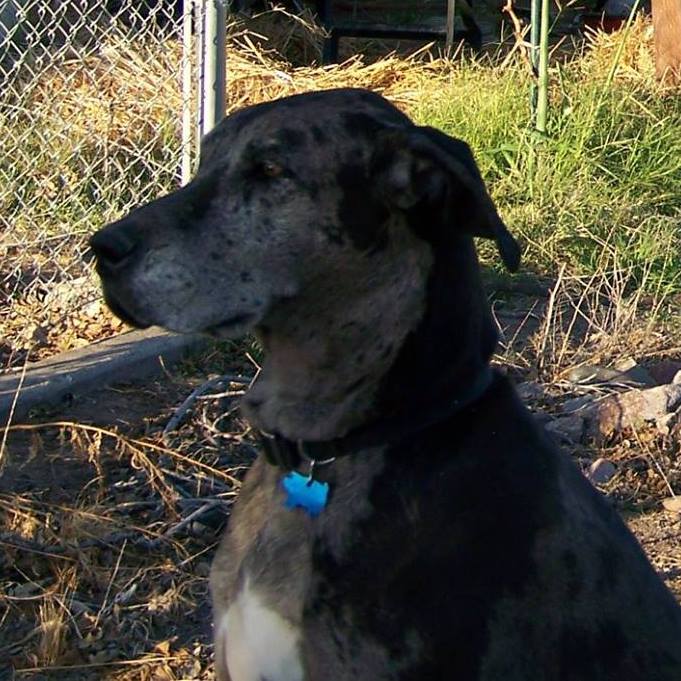 I shared a few weeks ago about Joogsie's health. It's continued to deteriorate. At first we got her on a raw food diet, which did wonders. Her coat, which had been shedding for most her life, stopped shedding and became more shiny than we can remember. Wifey's rejoicing because sweeping is so much easier. And Joogsie showed a remarkable recovery.

But then she resumed her downward slide. She's just not the same girl. That spunk and tenacity are gone, replaced with reservation, lethargy and confusion at times.

Sooo, in my pursuit of a holistic path, I found a vet who would meet with me and discuss options. She was awesome, and fell in love with Joogsie from the first moment. She remarked how healthy the ol' girl is, in spite of her illness and especially in light of the fact that most Great Danes don't get this old. She's at the point where she's pushing the average higher.

On the other hand, she was still puppyish just a few months ago, so something's wrong. And, at least to me, this indicates that her otherwise healthy body may have a few years to go.

So we discussed my girl and our options. My focus was on providing her longevity and quality of life. I won't keep her alive if she's in excessive pain, but if we can heal her then I'm willing to handle the expense.

The doc set up an appointment at the nearby animal hospital for us to get some tests. They were awesome, except....

The blood work looks fantastic, with a slightly low protein level. The doctors were really impressed. But the x-ray tells a story, as does a swab of discharge from her vulva.

The swab reveals infection. It's not terrible, but it is obvious. The x-ray indicates a slight infection too, but then forward of the uterus is a mass, blob or whatever. They just don't know. It could be part of the uterus, but it would be very unusual. It's unusual anyways. It could be a tumor. It could be... ??? So, Joe, your options are to make her comfortable, do emergency surgery now or schedule it for later.

You know that feeling when the eyes well up and the brain is churning, but nothing is really progressing? I just sat there for a bit.

I'm a guy of action. I want all the facts and then to be able to make an informed decision. That's why I'm here. But, it's a blob. Nobody knows what it is. And now I have to decide what to do.

I'm watching this awesome animal decline. There's no way I can just let her die without fighting for her. She needs that fighting chance to be healthy again. At least, that's what I think. And I'm it. There's nobody else here to make that decision for her.

Enters one of those times when you REALLY wish dogs could talk.

We had asked how much it'd cost to get her spayed a few months ago. The price was less than $500. Now it's up there with a cheap car. Another Ugh... this time with eyes wide. I simply had no idea.

Okay, I don't have that much. It'd take me a few weeks to pay it off.

We understand. But, we're sorry, we can't carry any of it. You'll need to pay at the time of service.

By this time I'd made up my mind. I'm fighting for this dog. So, let's schedule for the middle of the week. It's a little less expensive anyways. There's just the risk that something could happen in the interim. And, of course, there's the very real risk that she won't ever wake up again once they put her under on Wednesday morning.

Now to come up with about $1,000 or so to save a dog. Folks live on less than that per year in some places. I ponder that, because it's real and I've seen it. But I can't look back on this. I'll deal with those thoughts after the fact. 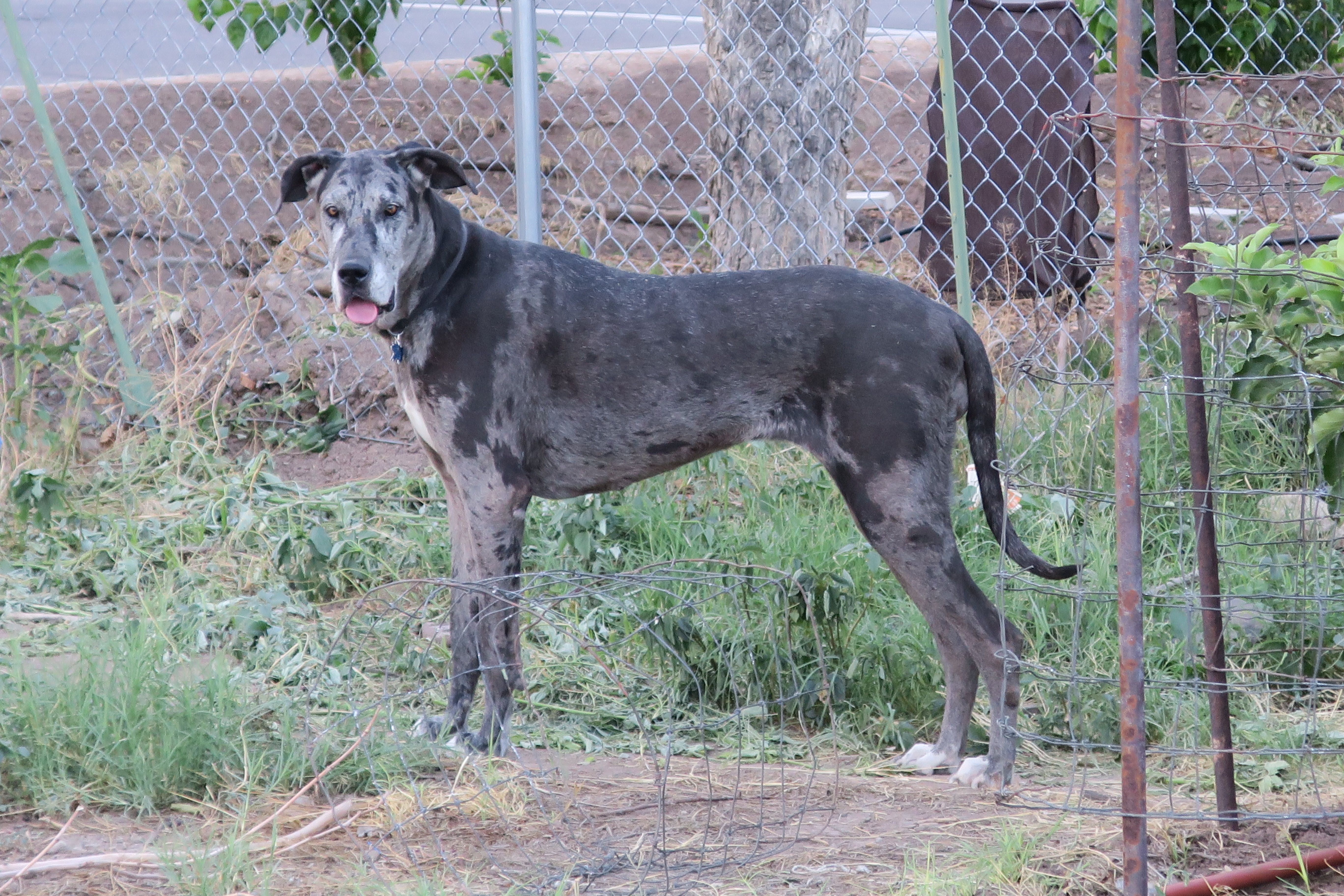 So, for the next few days Joe's scrambling to pull together a couple grand to save his pup. I'm not sure where it'll all come from. But I'm not giving up on her. I've decided to fight for her. I've decided she's worth it. And I won't look back.

thank you for sharing!

I would do the same! You are a very special human being. I saved, also lost so many but each of my cats and dogs I fed through, some lost due to poison on the Bali streets were like my children. Keep us updated how she is doing after surgery.

@anotherjoe
I hope your dog recovers
with that much love ya' givin' he probably won't give up either
hugs and lots a love!
Hey, you've been missed around here, too just so you know!
glad you're posting again

You're very kind, Ivy. Thank you!

@anotherjoe, hi funny saw this late
no am not very kind ;)
not really - maybe just to those who are to me too

I certainly understand. My dog Cana passed after 19 faithful years. She was all bouncy and up until about 18 then it was all down hill. Teeth were rotting so on to soft food, can't go up stairs, hearing and then going blind. Once she went blind she was so scared and at this point it was only humane to let her go. Of course there was nothing medically we could do like you can with Joogsie. But the emotional roller coaster is what I understand. She wasn't just a dog to me. So prayers to Joogsie and I hope she gets better.

This is one of those times when I wish the replies for articles would stay open indefinitely. Your article about Cana deserves responses when folks come across it.

Thank you for the link, Mike. This is a great remembrance. What a special girl you've been blessed with.
I was thinking about the blockchain too, when I wrote my first piece on Joogsie. There's not a lot we can do, but there's something comforting in knowing that our special friend will be embedded in timeless data - a testimony of our love for them and how they've blessed us.
Thanks again for sharing.

Wow, 19 years. That's amazing. It's a long time to build a relationship with these crazy creatures too.
The staff was amazed at how healthy Joogsie is, otherwise. Normally there's not a whole lot of hope for a dane at this age. Big dogs tend to be that way. But she's so health and bloodwork so perfect that they have a lot of hope. That mass is confusing everyone though. Hopefully just benign or part of something easy to remove.
Your post about Cana is precious. Thanks for sharing. What a beautiful girl. It would be cool if they could be lifetime companions. God has his reasons. Thank you for your prayers.

Can they do a biopsy instead of full on surgery? Less invasive, less recovery time and less $$$.

Do you have a university nearby that does vet medicine? Lots of times teaching hospitals will have the fees reduced considerably or they'll have a payment plan. The vet should be able to answer this for you or do a google search.

Check out Great Dane specific sites online. Sometimes they have payment assistance. You could re-imburse on your own timeframe maybe...?

The best advice I've ever gotten on when to quit the fight is to pick out 3 things that brings your pet joy. When those joys are gone, it's time. It sounds like Joogsie still has some fighting to do and I hope you get everything resolved soon. Positive thoughts and fingers crossed for y'all...

Thanks @Aunt-Deb!
No school nearby. And I don't know that I want her being cut on by a school for something so sensitive. If she was young and it was more routine, maybe. But I have a couple of options and am going with the one I think will be most likely to succeed, all things being equal. The more expert option is about $4k.
She needs her uterus out anyway, so since they'll have her open we're going for it. They'll see what this mass is and make a decision.
The other option is to do a detailed ultrasound. That costs about $400. But, again, they need to open her anyway, so why bother? It would provide more info, but the cost doesn't seem to provide enough benefit, IMO.
There is some sense of urgency too. We don't know what's going on, and waiting to negotiate may not be best. She's still doing fairly well. I want to give this a shot while I think she still has the strength to endure it and heal well.

Sounds like you've got a solid gameplan. That's half the battle, especially when time is an issue. Good deal!

It's hard to make rational decisions when your heart's involved. You're doing fine and more info will make things clearer on what's next. Hang in there!

Greetings, @anotherjoe! You have made it interesting and therefore good learning experience for me. Thank you!

Amazing! Followed you now. Hope to interact with you more soon. :)

This post has been ranked within the top 25 most undervalued posts in the first half of Mar 26. We estimate that this post is undervalued by $5.17 as compared to a scenario in which every voter had an equal say.

See the full rankings and details in The Daily Tribune: Mar 26 - Part I. You can also read about some of our methodology, data analysis and technical details in our initial post.

Hope all goes well for you Joe! Resteemed