bitgenstein (36)in #introduceyourself • 2 years ago (edited)

This is the official #introduceyourself post for John McAfee! 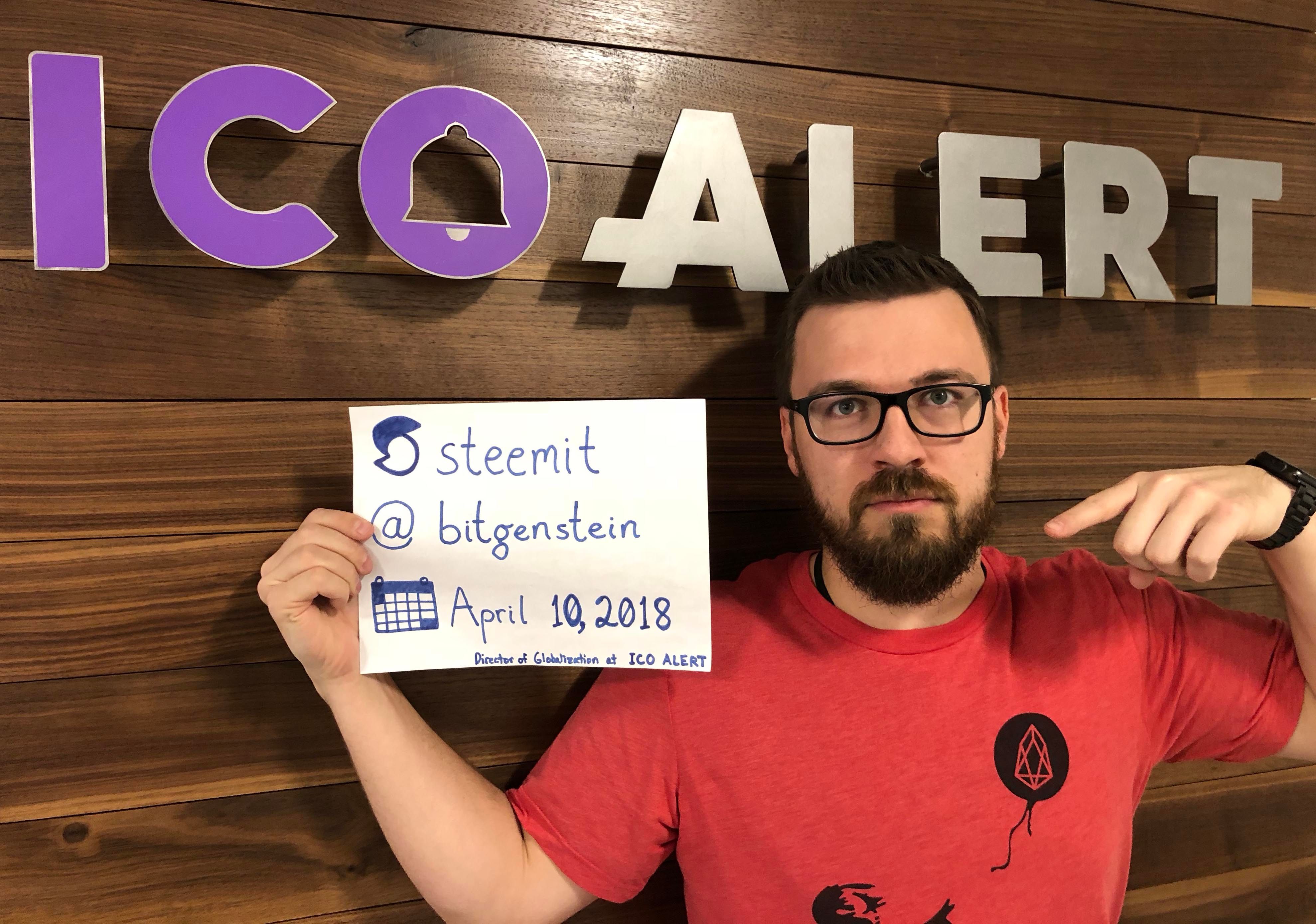 My life story has taken me through extended stints in music, philosophy, foreign language, charity, travel, programming, video and board game industries, and teaching. All of these things have at last culminated into a unique position in the blockchain space.

I'll tell you how. But first, here's an Easter egg from the middle of the tale. Mega bonus points if you know both the game and the background music.

I grew up in Pennsylvania, home of pretzel companies and Philly cheese steaks and more than a few good breweries. After traveling the world, I'm back, now in the rising tech hub of the East, Pittsburgh.

Most of my energy during my childhood was spent on school and tickling the ivories. Piano was my passion. I nearly played myself to death on those eighty-eight blacks and whites, hoping to be a great performer someday.

Here's a bit from my teen years. I love classical music, but have increasingly played jazz and rock in the past decade, as well.

Alas, it was not to be. My hopes of pursuing a piano career died as I started college, along with violin playing, organized soccer, and most athletic activities.

The doctors announced they didn't know what was wrong in a curious fashion: Each claimed they were certain of the cause, but each proposed a diagnosis different from the last. Whatever passion I was to pursue, it could not involve any sustained strain on my joints and ligaments.

I turned to languages.

I've taken Latin, Hebrew, Spanish, Greek, Russian, and Ukrainian in educational institutions, and have taught the last three at various levels. I've also dabbled in Latvian, Hindi, and even the artificial Toki Pona, a language made up of a mere 120 simple words but which can express virtually anything with those words.

Language was another means of expression, another way to share emotionally with others, but without the tendon trauma of extended piano practice.

I visited the homelands of each of these languages over half a decade, except for Israel, which I have not yet seen, and ma toki pona, which sadly does not exist. Ultimately, I settled in Ukraine for several years, and then in Russia, for in those Slavic lands I discovered a social calamity that compelled my heart to act.

Russia has more orphans than it did just after the Second World War, mostly thanks to various alcoholism-related events involving their parents.

This is Vladik. I tried to get him and a few others into a foster home, but sadly, that project fell through. Others found varying degrees of success. The orphanage director built an immense house—everyone in the region knew it could not have been paid for with a director's salary. The mansion was complete with its own café/bar/hairdresser complex and an apiary and a fruit orchard of his own.

The director even had a separate home built across his small courtyard where he would "foster" children from his orphanage, bringing them in when government inspectors came so that he could collect the government stipend for fostering. After the inspectors left, he would promptly send "his" children back to languish in the orphanage with the others.

Visiting volunteer teams running camps for the kids had to pay a "fee" of thousands of dollars straight into the director's pockets or be banned from ever returning.

Toilet paper was not provided, and the group showers only opened a couple of Fridays a month, but that didn't stop the caregivers from yelling at the children because they smelled.

This is Misha, Sasha, and Oleg. And me. I didn't have a beard back then. 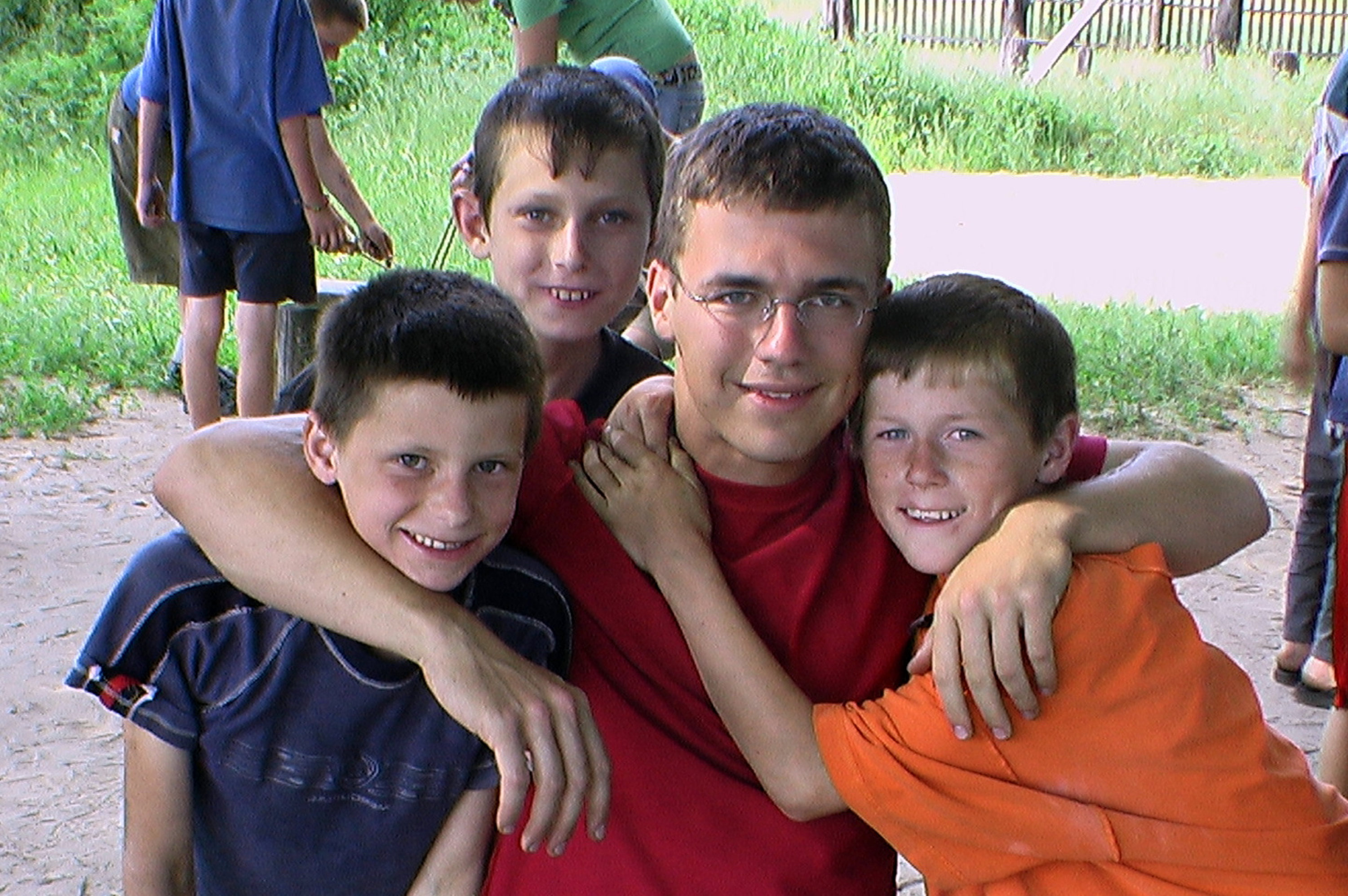 I drove myself into a financial pit, and then even deeper, doing what I could and supporting those I could. It was not enough. Someday, I hope the tech and writing work I'm busy with now helps promote the right solutions to change this group's situation.

I had to begin making a living, or I would be in no place to help anyone. Programming was another thing that had held my interest since I was five or six years old. Our family computer ran on MS-DOS and graphical entertainment options were limited.

I still remember one day, when I was no older than seven. My dad and Dave, a friend of his from work, were troubleshooting some computer problem that no one remembers anymore.

Dad pulled up the blue BIOS setup screen at startup, and my eyes lit up. "I recognize this screen, Daddy!" A groan followed. The root cause of the problem had been found: It was me.

Eventually, my father would ask me to fix computer problems for him. I wonder whether I've fixed enough issues to balance out the ones I caused as a kid.

I wrote my first real computer game before graduating elementary school, in GW-BASIC.

I was so proud that the game learned as it went. It was a guessing game. The computer would ask you a question such as "Does it fly?" and then hazard a guess at the mystery object based on your answer of "yes" or "no." If the computer guessed wrong ("It's a bird!"), it would ask you for the correct answer ("airplane") and then for a question that would differentiate that answer from its incorrect guess (for example, "Is it manmade?").

This childhood interest served me well. I could think like a programmer. Various charity projects and my work at Skydyne taught me Java, HTML/CSS, SQL, PHP, and a few other digital tongues.

Computer languages were another form of self-expression, I suppose. Another way to create, another way to share.

The common abbreviations for localization, internationalization, and globalization. Get it?
To supplement my programming work, I began a translation and editing gig on the side. It would soon become my sole business.

Over the next ten years, I would work as a freelance translator and/or editor for Google, HBO, some Winter Olympics projects, EA Games, the U.S. Senate, and hundreds of other clients. I created slogans, wrote video game text, sold localization service packages, and consulted with clients on issues with specific locales.

I translated several books, ranging from a billionaire's biography to a young author's new sci-fi series. Writing for board games became a part of life, too, and I soon was quite the board game enthusiast. Good games with friends are among the best things in life. 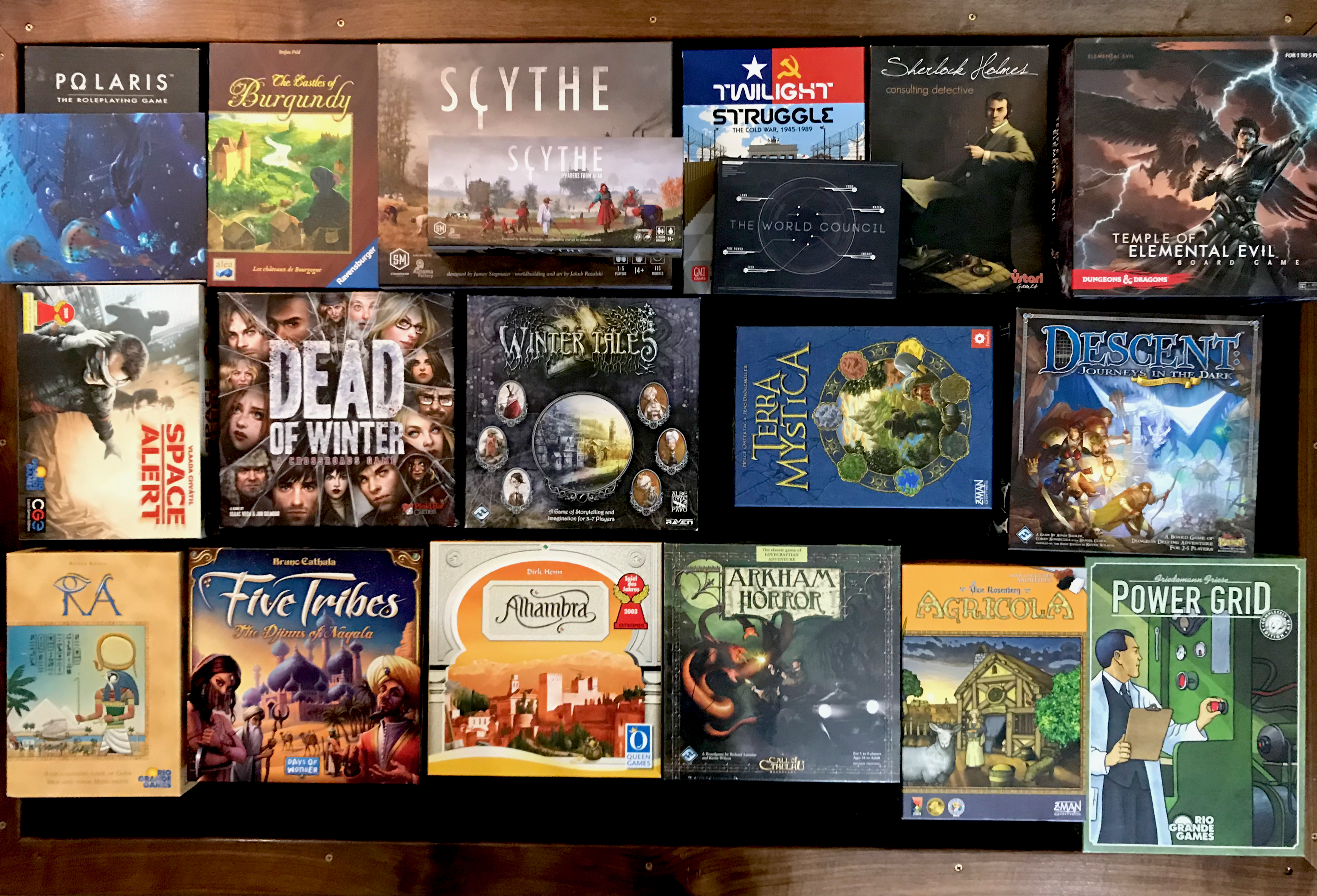 I was still involved in charity causes, as well. Once your heartstrings are pulled by the darkest stories of the world, they do not easily return to their place. Thankfully, the slogging despair and delight of charity work gave way to hope for sweeping change when a remarkable idea appeared.

Around the time I began translating, Bitcoin was released. I mined bitcoins and then litecoins in the super early days. I can neither confirm nor deny that any of my then-employer's electricity was used for this purpose.

Recently, I calculated what I would be worth had I not lost, abandoned, or immediately spent those early coins.

But that's only if I hadn't sold at $50, or even $1000, and I probably would have. We really shouldn't beat ourselves up over missed opportunities, in any case. Learn from them and march forward, or your regret will multiply as it distracts you into missing even more.

I began working with cryptocurrencies and ICOs, helping edit white papers, FAQs, websites, and more. I believe that decentralized networks, especially digital currency, have the potential to change the world.

And so I was delighted when a contact connected me with ICO Alert. I was soon brought on as the Director of Globalization, where I'm involved in all kinds of research, networking, marketing, and development aimed at upgrading and expanding the blockchain revolution.

I'm not sure exactly what that new world will look like after the revolution and all of the foreseen and unforeseen reactions and consequences.

But I have seen thousands of orphans suffer from corruption, bribery, fraud, and lack of transparency. Even the efforts of hundreds of volunteers were, in great part, swallowed up by these vices.

I want to see these evils conquered. No person or group will succeed in converting oppressors into generous, honest human beings. But transparent, secure records have the potential to change the system for good.

I want to be a part of that.

Hello! It's nice to see you here!

Wow how cool. I thought you were John McAfee for a minute! HYSTERICAL!

Was looking for instructions on how to uninstall Mcafee but this is even better. Great article man!

Thanks:D good to be here. Yes, I love Crpto too! Lots of detailed analysis on my blog along with some predictions

Welcome to steemit
Hey dear
You can join this discord channel to be taught how to go about steemit and learn business,poetry,art,crypto and get motivated,taught how to make good posts and comment...Meet over 4k+ members and get to make friends from steemit all over the world including where you're from
https://discord.gg/WaeJXmE
Join the steemit school on discord channel today and learn something from the academy of life

You are cool. Thanks for sharing, hehe. I'm Oatmeal Joey Arnold. You can call me Joey.

Welcome to Steem Community @bitgenstein! As a gentle reminder, please keep your master password safe. The best practise is to use your private posting key to login to Steemit when posting; and the private active key for wallet related transactions.