If you think we should be praising The Intercept for its last revelation regarding a Saud Prince directing a 2013 Free Syrian Army attack over Damascus, maybe you are not aware that they withheld this information –without explaining why- for three and a half years, until the so-called “civil war” was pretty much over.

But if we take a look throughout The Intercept’s coverage since they began reporting on the conflict, we may understand why. Its reporting on Syria, mainly by Murtaza Hussain, is rife in debunked “civilian uprising” narrative. 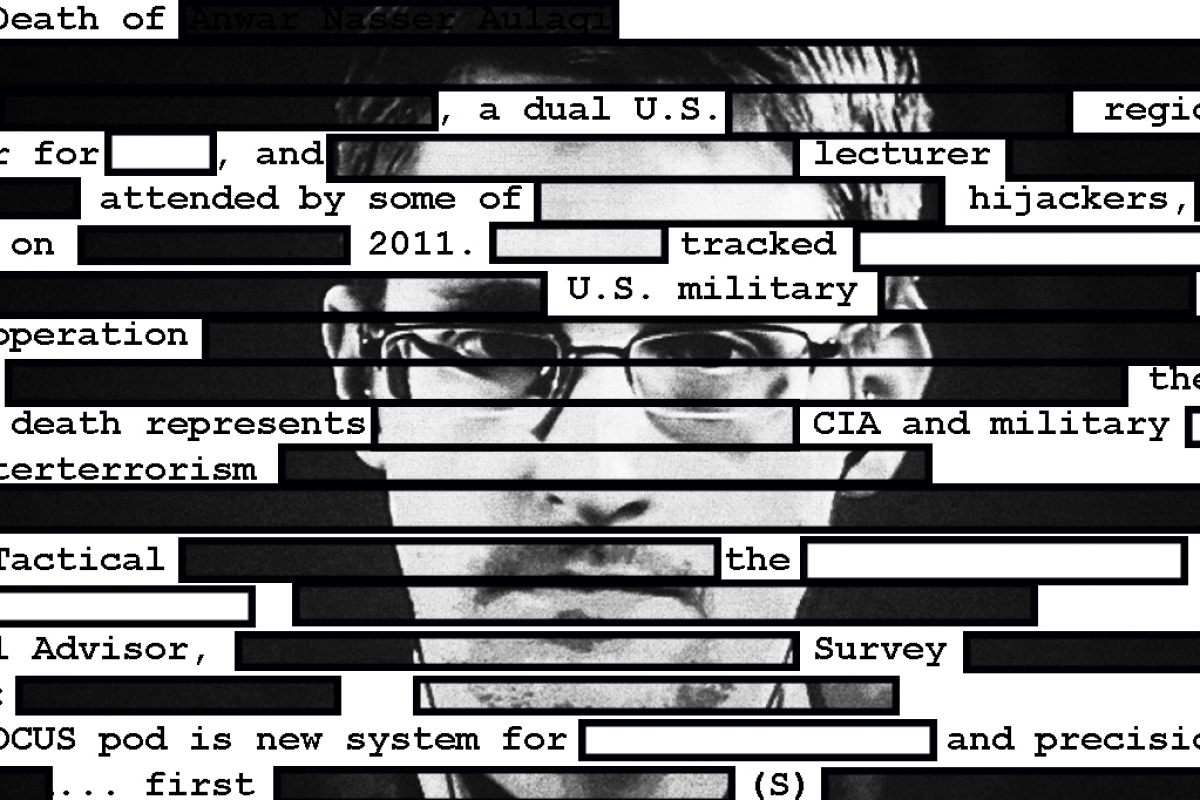 One of this debunked incidents was the alleged Syrian Arab Army chemical attack that prompted Trump`s military response back in April and was later questioned by journalist Seymour Hersh.

In 2016 I wrote an article for Global Research debunking many of the talking-points that are recurrent in the “civil-war” rhetoric peddled by Western mainstream media corporations. Among the many documents cited is this U.S. Department of Defense 2015 leaked memo (page 69): As MintPress News reported today, The Intercept was founded after Edward Snowden leaked a cache of NSA files, which were given exclusively to journalists Glenn Greenwald and Lauren Poitras, the first reporters to be hired by Pierre Omidyar’s First Look Media (FLM), The Intercept’s parent corporation, which effectively owns the information now.

According to a New York magazine 2014 article, cited in Omidyar’s Wikipedia entry:

“Since that story broke, Snowden, Greenwald, and Poitras have become heroes of a crypto-insurgency. More quietly, Omidyar has become the movement’s prime benefactor, financing an operation to disseminate government secrets”.

Or to manage them as their dissemination becomes inevitable.

“The Intercept has become the custodian of Snowden’s immense archive of classified documents, which it continues to mine for stories”.

Pierre Omidyar is a long time Clinton and Obama supporter, with more face-to-face visits to the latter, in his second term, than Google’s Erich Schmidt or Amazon/ Washington Post’s Jeff Bezos. According to MintPress:

“Omidyar also directly co-invested with the U.S. State Department, via USAID and the National Endowment for Democracy (NED), in opposition groups that played a key role in overthrowing Ukraine’s democratically elected government in 2014 – a U.S.-brokered regime-change operation that shares some notable similarities with the Syrian conflict”.

Omidyar –and his news outlets- are by no means neutral, independent or impartial sources of information. WikiLeaks is another medium critical of The Intercept, led by famous reporter and media critic Glenn Greenwald: 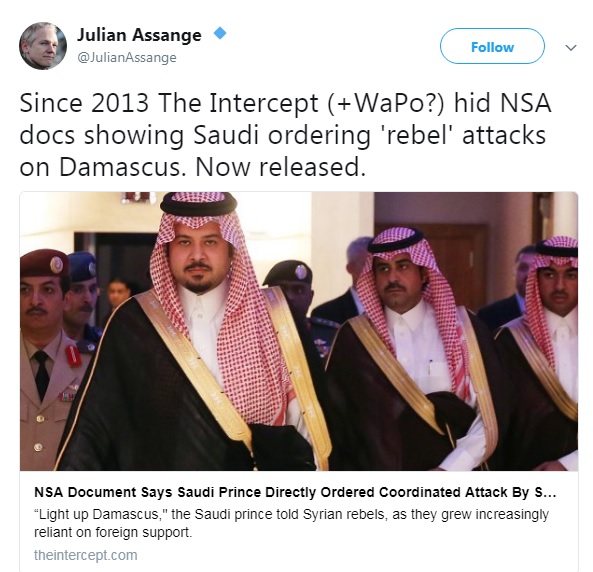 This isn’t the first time Julian Assange refers to The Intercept’s shady managing of their information and sources. Back in June, a whistleblower called Reality Winner was apprehended for revealing top-secret NSA documents on alleged Russian meddling in US presidential election in 2016.

According to Business Insider, it was possible to locate Winner because a reporter from The Intercept handed the NSA the original printing made by the 25 years-old whistleblower, who is currently waiting for trial and was denied bail earlier this month.

"Because the NSA logs all printing jobs on its printers, it can use this to match up precisely who printed the document," Robert Graham, a security expert, wrote for the blog Errata Security. The documents have small yellow dots that help track where they were printed, he said.

“WikiLeaks accused the journalists at The Intercept of helping the NSA track Winner down so fast by handing over the printed documents”. As we can remember, the totality of NSA files from Snowden’s leak was effectively privatized when Greenwald and Lauren Poitras, sole owners of the files, went to work for Omidyar at The Intercept.

Read my recent posts on Propaganda, InformationWar, History and Politics:

@steem-marketing has voted on behalf of @minnowpond.
If you would like to recieve upvotes from minnowponds team on all your posts, simply FOLLOW @minnowpond.

The @OriginalWorks BETA V2 bot has upvoted(1%) and checked this post!
Some similarity seems to be present here:
http://www.businessinsider.com/how-feds-found-reality-winner-nsa-leak-intercept-2017-6
This is an early BETA version. If you cited this source, then ignore this message! Reply if you feel this is an error.

Glenn Greenwald is controlled opposition. He also wrote a hit piece associating Assad with White nationalists. What a disingenuous snake that guy is.

You are right. And I used to admire him and The Intercept... now that I think about all the exposure he had on msm in the last years I can see that it wasn't accidental, not just anyone is allowed to go to CNN and be "anti-establishment" even in a superfluous manner... Thanks for commenting.