History of the Muslim Brotherhood

...and its historical ties to the US Deep State, the MI-6, Islamic terrorism, and dictatorships around the Middle East.

Hassan al-Bana founded the Muslim Brotherhood in 1928 in Egypt with the intention of restoring Islamic faith throughout the Islamic world, in opposition to the growing Western influence on many Middle Eastern societies and more concretely: to resist British colonial rule. In Sleeping with the Devil, a book he wrote after quitting the CIA (Robert) Baer explains how the United States “made common cause with the Brothers” and used them “to do our dirty work in Yemen, Afghanistan and plenty of other places”. This covert relationship; unraveled when the Cold War ended, whereupon an Islamic Frankenstein named Osama bin Laden lurched into existence.

The "West" was directly tied to militant factions from the extreme right (a.k.a religious fanatics; "terrorists", fascists) in the Middle East in the not so recent past. As many researchers and journalists have uncovered, the Muslim Brotherhood (MB) had ties to the British and American intelligence agencies, at least since World War II.

As the quote above implies, there were many "common causes" among the agonizing British empire, the American incipient CIA, and the subterranean Brotherhood: They all hated communism!

For many years, the American espionage establishment had operated on the assumption that Islam was inherently anti-communist and there fore could be harnessed to facilitate US objectives.

By the 1950's and 60´s many democratically elected leaders around the world, like Mohammad Mossadegh, he no ties to the Soviets or the communist party of Iran (Tudeh), were called out as "communist". A widely used propaganda technique to arouse public opinion against the enemy leader and into accepting more easily the idea of a coup d'etat. (Already getting old, since it's used literally every time there's some "regime change" around the Third World) 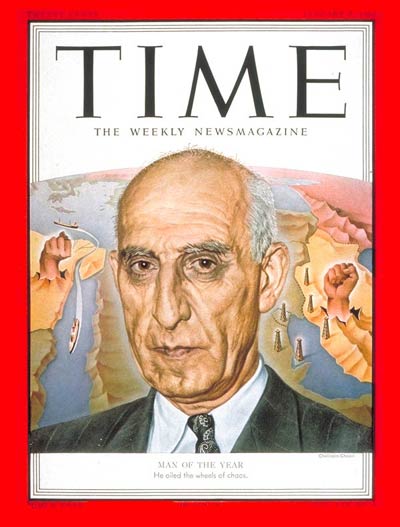 Mossadegh was instead a nationalist. He had the crazy idea the British should give Iran its oil resources so their society would prosper on its exploitation. The Iranian parliament, the Majlis, discovered that the British were paying them royalties for only a mere 8% of their benefits. In Saudi Arabia Aramco (American owned) shared 50-50 with the Saudi State... Iran's 1953 coup - An Iranian woman waves a club after joining other demonstrators in the streets of Tehran. British and U.S. intelligence agencies helped organize and pull pro-Shah forces together.

Back in Egypt... Nasser was another "crazy" nationalist with the idea of NOT putting Western interests first and above his country's needs. And the coup attempts and propaganda schemes started as expected. The MB was allied to Naguib, Nasser's front man, who got British support for toppling Nasser. Robert Dreyfuss is an American journalist who has researched deep into the Devil's Game: How the United States Helped Unleash Fundamentalist Islam, that's his book. He explains:

Nasser's long-postponed showdown with the Muslim Brotherhood occurred in 1954. It coincided with rising British frustration with the Egyptian leader during U.K.-Egypt negotiations over the transfer of the Suez Canal and its bases to Egypt. While left-wing and Labour politicians in England seemed willing to make a deal with Nasser, the British right—led by unreconstructed imperialists such as Winston Churchill—was nearly apoplectic about the Egyptian upstart. From 1954 on, Anthony Eden, the British prime minister, was demanding Nasser's head. We are indebted to Stephen Dorril for the story of Eden's jihad against Nasser, which culminated in 1956.

"MI6 had been considering a plan to assassinate President Nasser," according to Dorril, who adds that in Cutting the Lion's Tail, Nasser's adviser Mohammed Heikal published a copy of a telegram from CIA's James Eichelberger in London to CIA director Alien Dulles, citing discussions with Ml6's George Young. "He talked openly of assassinating Nasser, instead of using a polite euphemism like 'liquidating.' He said his people had been in contact with suitable elements in Egypt and in the rest of the Arab world." Eichelberger—like Copeland, part of the CIA's shrinking pro-Nasser faction—leaked what Young said to Nasser! A month later, Eden ranted:

"What's all this nonsense about isolating Nasser or 'neutralising' him, as you call it? I want him destroyed, can't you understand? I want him murdered.... And I don't give a damn if there's anarchy and chaos in Egypt."

In 1954 Gamal Abdel Nasser was shot 8 times by MB's Mohammed Abdel Latif, who failed all 8 shots. 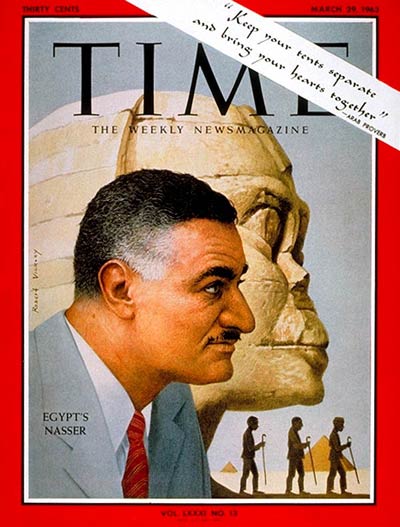 Said Ramadan was al-Banna's son-in-law and his succesor in the ideological leadership of the MB. He reestablished the Brotherhood's branches in many countries, like Jordan, Syria, Lebanon and Saudi Arabia. According to Ian Johnson, Ramadan enjoyed extensive support from the CIA during the 1950's, which saw him as an ally against communism, obviously. As mentioned, the Iranian branch of the MB, helped the CIA and the British MI-6 in toppling Mossadegh, but Mossadegh was against the Iranian communists, refusing even to legalize their party. Which leave us to think that "communism" was not only the American excuse but also the MB's supposed reason for opposing Arab nationalism. In fact, they were mostly behind power and the establishment of Islamic States, as opposed to secular States as represented mostly by Nasser or Mossadegh.

They were, in sum, a force very much like the Sauds and their medieval Gulf monarchies, main sponsors of al-Qaeda and ISIS.

Finally, let's take a look at another conclusive statement from R. Dreyfuss:

As the United States built its network of alliances in the Middle East, relying more and more on non-Arab states, including Turkey, Iran, and Israel, there developed an "Arab cold war," with Egypt at one end and Saudi Arabia at the other. Superficially, it seemed as if the struggle within the Arab world pitted Soviet-leaning Arab countries against American-allied ones, but in fact the Soviet Union had no true allies and few friends in the region. The real dynamic that played out between 1954 and 1970 occurred between competing visions of the future of the Middle East. On one hand, there was Nasser's secular, modernizing, industrial Arab world of independent but cooperative Arab republics. On the other was Saudi Arabia's semi-feudal array of monarchies, with their natural resources put at the West's disposal, in which the royal families' ace-in-the-hole was the Muslim Brotherhood and the Islamic right.

A pretty clear picture! The future of the Muslim Brotherhood's dealings in the Middle East took them a lot closer to terrorism and the development of al-Qaeda. But that's for a different, future chapter. Thanks for reading.

Perhaps the best and most complete source for understanding Muslim extremism and its deep ties to the US and the West are here in Dreyfuss' work: Nice summary. Got their sources bookmarked for reading.

Curated for #informationwar (by @openparadigm)
Relevance:How the West used Clerical-Fascists (Islamists) against the National Socialists(Nasser, Baathists not so sure about Mossadegh)

The @OriginalWorks bot has determined this post by @homerus to be original material and upvoted(1.5%) it!

This post has received a 1.83 % upvote from @buildawhale thanks to: @homerus. Send at least 1 SBD to @buildawhale with a post link in the memo field for a portion of the next vote.