Funds To Power Up GiftGiver & To Continue Development Of It

GiftGiver has gained in popularity much faster than I ever thought it would. And for the first time, we ran out of available SteemPower to delegate to users who ran low on Resource Credits. With this proposal I would like to power GiftGiver up to a higher SP amount as well as continue to develop it and include some new features. Therefore, I ask for 25 SBD a day until the end of this year to do both. 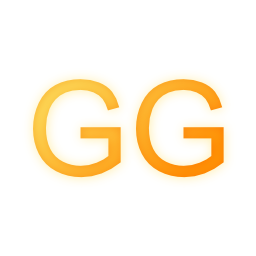 I'll be running this funding until the end of this year, and then create a new one if more is still required.

Until the first of December, 90% of what is received(22.5 SBD) will be sold using the internal market and powered up. The other 10% will go into the account's savings and used as a sort of emergency fund, only when required(ex: can't afford to pay server bill any other way).

After December, 90%(22.5 SBD) will be going to @rishi556 who's the primary developer for GiftGiver. That will be used for continued development of GiftGiver.

New features have been mentioned multiple times without a real clear idea of what they are. The first of them is the renewal feature. Anyone who currently has a delegation can easily request a renewal and get their delegation time extended. Part of this is already complete, but it's too buggy to release as of now.

Another feature that will be implemented is continuous monitoring of the accounts receiving the delegations. Currently, all the checks are done manually to make sure that the account is properly using the delegation(not to spam, and isn't an idle account that does nothing). Automating part of it will make moderation better and will allow more more users to get longer and larger delegations by reducing the number of worthless delegations.

If this proposal gets funded(even partially), the ads on https://giftgiver.me will be removed. The ads were there to help offset the cost, and will not be required if the proposal is able to help cover that aspect.

The usage of GiftGiver has surged extremely. I used to see a lot of users from steemmonsters using it, but recently it has been more of a diverse set of users. While the weekly update of who had used it have stopped, I continue to monitor the usage of it. We used to see about 5-10 active delegations at a time, but right now we are at 23 active delegations as well as more which have recently ended and are in the cool-down phase before the SP becomes active to us again. I got a message from a user in GiftGiver's discord about them not being able to get a delegation. I powered up 100 SP, but that was ran through quickly as well. In the end, after a small discussion with @wesphilbin, I decided that the DAO might be the way to go to raise some extra funds for GiftGiver.

You can view all proposals including this one here: https://steempeak.com/me/proposals , and support them there. Or if you would like, an easier method, you can click this(https://beta.steemconnect.com/sign/update-proposal-votes?proposal_ids=[38]&approve=true) steemconnect link and support it.

If you have any further questions, you can join us on our discord or check out the FAQ on our website.

If you are low on Resource Credits, you can visit https://giftgiver.me to get a temporary delegation.

Also, would you mind taking the time to nominate your great project in my #buildbetter contest?

I’ll definitely do that once I get back home. Thanks for letting me know about it.

You have my approval my friend... just cast. You do positive things for this Blockchain... If I had the Steem Power, you'd have a portion, but I can share the love, so that others can see!!

You have been curated by @wesphilbin on behalf of Inner Blocks: a community encouraging first hand content, with each individual living their best life, and being responsible for their own well being. #innerblocks Check it out at @innerblocks for the latest information and community updates, or to show your support via delegation.

Congratulations @giftgiver! You have completed the following achievement on the Steem blockchain and have been rewarded with new badge(s) :

This is a great project for a low asking price. You have my vote.
Best of Luck!