What to buy in February ~ FruitsAndVeggiesMonday 🍏🍐

A little bit belated - February is more than a week old already - comes my "what to buy in ... " for February. This post takes part in the #fruitsandveggiesmonday competition by @lenasveganliving. Here is the link to her post for the rules: STEEMIT FRUITS AND VEGGIES MONDAY COMPETITION 🍒 🍌🍑🌿🍍🍓🍇.

The things that are available and that are really saisonal AND regional here in the middle of Germany are just a few now in February. I guess it's getting better slowly during the next month ... 😆 Spring! Where are you?!! 😭 Now it gets a little bit "exotic":

Friends of mine - a sweet couple of sisters from Sicily - or actually their mother who comes for visits every now and then - presented me a vegetable native in Italy: Cime di Rapa. When invited for dinner I ate it at their house cooked like maybe spinach together with a small sort of pasta. They told me what it is called in italian but couldn't really explain what it actually is. It has a strong "green", slightly bitter taste. The second time one of the sisters brought it to us after she fried the leaves and stems in oil. I kept it for the next day and because I didn't really knew what to do with it I put it on a pizza together with pureed tomatoes, mushrooms, olives and capers. It was different but really good. And then, last week I discovered these green leaves on the Green Market in Wuerzburg and now I am 100% sure that it was this.

I found this recipe and I think I am going to try this soon: Orecchiette con cime di rapa.

The other huge green leaves on the photography are cultivated dandelion leaves which can be used traditionally in salads or in several warm italian dishes.

Another interesting leave I found on the Green Market is Portulak. This is a cultivated form grown in Franconia - the region I live in. It also can be used like spinach or in salads and such. The cultivated form grows in southern Germany (and in the warmer parts of Europe). The wild portulak counts as one of the most aggressive weeds in agriculture. It's been used for food for a long time but fell into oblivion later. I guess I am going to look out for the wild forms in spring ... Have a beautiful week my fellow fruitsandveggielovers! I am off this week and a currently visiting my parents. Yesterday was my mom's birthday and we celebrated it duly! 🍷🍷

Interestingly enough, I know these greens too; we have them in our Supermarket. The one you call Cime di Rapa we call Rapini. It is little bit bitter for me, so I don't buy it very often, but maybe I should.

Again, a wonderful entry my Dear. I always enjoy to see what you prepare for us each month from Germany. Thank you so much 🍒 🍌🍑🌿🍍🍓🍇

True! On the english Wikipedia it is called Rapini too. I never heard about it before late fall last year when my Trapani Sisters mom came from Sicily with these strange leaves in her suitcase ... And it's true, it tastes a little bit bitter but I would pass my final judgment after cooking following the recipe above ...
Thank you for your support! 😘

I will definitely try the recipe my Dear and CONGRATULATIONS TO YOU! A WELL-EARNED AWARD! 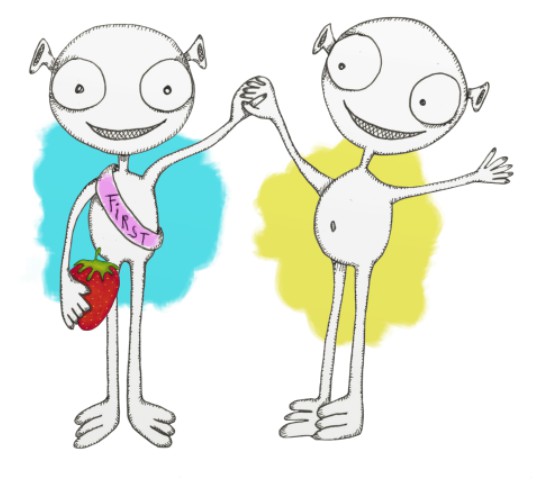 I can't believe it that I got the first prize again! It's amazing! 😄

I really like how you highlight local, seasonal produce. And plants that we often think of as weeds, but they are real food commanding serious prices in some markets. Those dandelions and 'portulak' in the market look so good! And seeing them in a market can help people learn to identify and use the same plants they find in the wild, too. :D

Thank you! It's true what you said! I am looking forward to the time when I can collect a small bunch of wild leaves and press my nose inte them. They smell so fresh and green and juicy! Thank you again for the prize!

Your posts about what's in season never disappoint! I'm with you, though--can't wait for spring and all it's abundance!

Cime di rapa from my dad's garden in Italy are so delicious. Dandelion greens are a powerful healing food and grow wild but many consider them annoying weed! They are actually expensive in the grocery store.Thanks for all the colorful and mouthwatering photos and also the new vocab to learn in German :)

Yes, I used to collect the dandelion leaves outside in spring and used them for salads and smoothies and such things. I never tried these cultivated forms yet. I just uncovered their existence last fall. But I am planning to buy them at least once to try them out. I expect them to be less bitter than the wild form when this size! We'll see.

If you buy them, don't get too excited. They are nothing like the wild ones which are indeed more bitter and tastier. But when I have no other choice, I don't mind. I actually have some in the fridge to be juiced 😋

oh, I just learned that 'pusteblume' means in fact dandelion :)))

Hehe! And yes! Pusteblume means Dandelion in English - at least it's the last and fluffy phase when all the seeds appeared and the "chutes". 😄

🤣 Yes, that's maybe why someone accidentally called me "posteblume" once...

Wow! This is beautiful to see so many fruits and vegge.
My new contest is up for fruits lover. just have a look
https://steemit.com/selfiewithfruits/@chetanpadliya/selfie-with-fruit-s-challenge-fresh-fruits-fresh-you-and-chance-to-win-50-whaleshares-and-2-sbd

Oh! This sounds funny! You come up with so many great ideas. Though I am not such a big selfie shooter!

But it is so simple to participate. Winning is not important, taking part is!

Happy belated birthday to your mom! This is wonderful, but oh does it ever make me long for spring! I must mail off my money today to my CSA farm for my seasons produce boxes. That will help me believe that spring is coming!

Telling by the snow you have there it looks like it still will last a bit 'till spring. Unfortunately! But you can dream of it inbetween ...

But I mailed off my check today to the farm. I will imagine them using the money to buy seeds and plants to grow this spring.

That all looks really good and delicious.. our markets are more modernized. Even our farmers markets are. But I really like the simplicity of this. Food should be this way!

Yes, I am really happy about it!

I'm always wondering what I would be eating in Hungary during the winter and this is basically what I thought of. There are great veggie options, but when I think of fruits, I would be stuck with apples and pears. I love both of them, but I feel so blessed to be in Mexico and be able to eat all those wonderful tropical fruits here <3 I love them so much! However, sometimes I miss apples :D

I wouldn't want to miss apples and pears! But sometimes I miss a bigger variety of local fruits, true!

Thank you for your kind words and your support!

Hello there! Yes I will take 1kg of each please! He he
Awesome post! Thanks for sharing your seasonal veggies!

Good post for me, I buy them all hahaha. Happy Monday!! @pusteblume

For you too! Thank you!

All the produce looks so nice and fresh. As I was looking at your photos I had all kinds of recipes running through my head.

All the produce looks beautiful! Us vegans can’t get enough 😂

Hehe! How true! Always, always need to try out new stuff. We are unstoppable! 😉

Thank you for participating in #foodphotography

You have earned 5.45 XP for sharing your photo!

And have also received a 0.90 percent upvote.

This post has received a 15.39 % upvote from @aksdwi thanks to: @pusteblume.

This post has received gratitude of 1.63 % from @appreciator thanks to: @pusteblume.

This post has received a 2.81 % upvote from @boomerang thanks to: @pusteblume