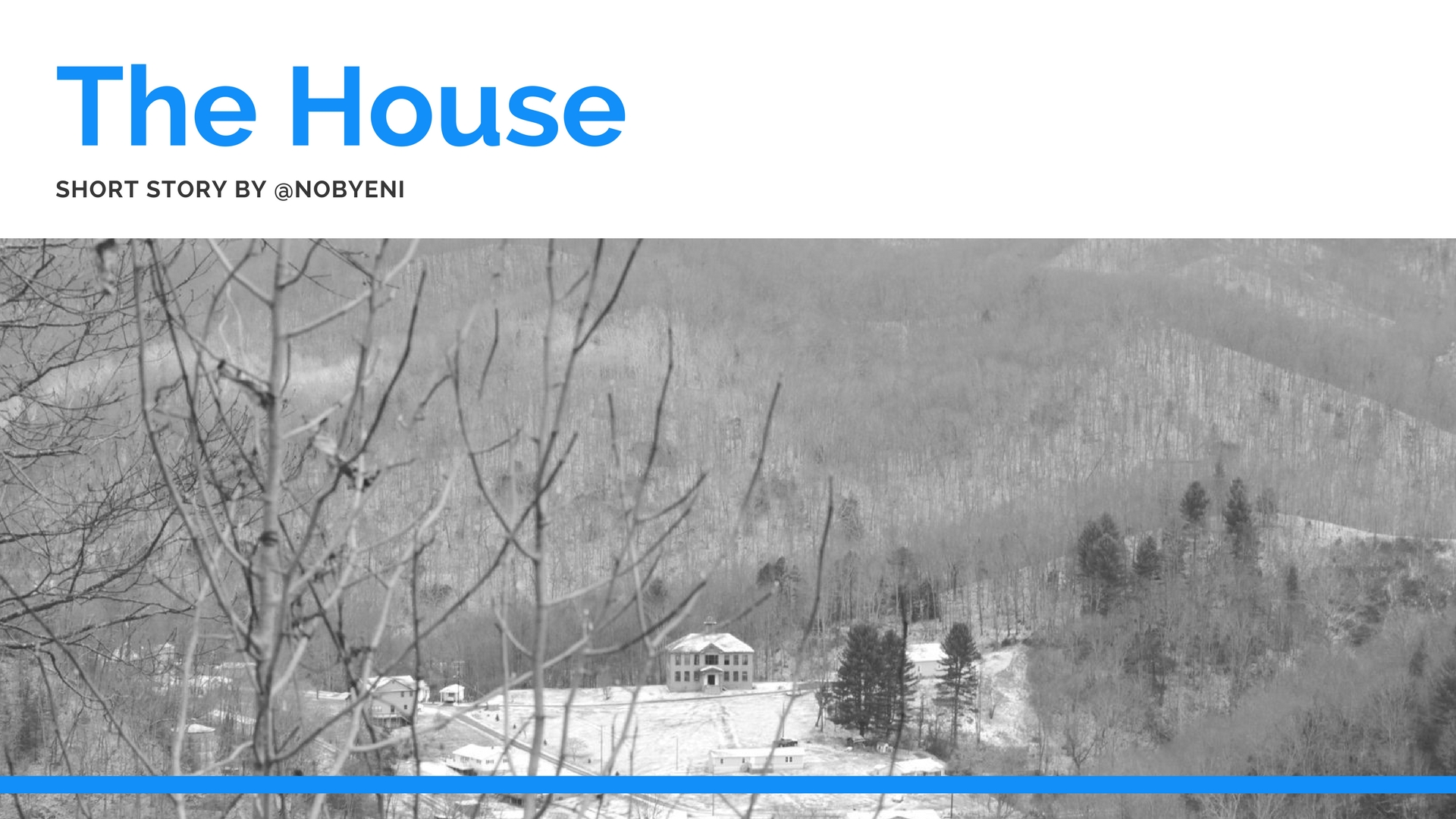 I’m not sure who in his right mind would build a house in a place no sensible thing would enter. But that’s what happened.

I was built in 1885. It took them long enough, hauling all the materials through the wood. The horses refused to cooperate, so they ended up hiring some boys from the village to help them out. I’m pretty sure the overseer didn’t inform the owners about this little obstacle at the time. Understandable. The owners might have reconsidered. If they would abandon the whole project, then who would pay his bills?

They moved in during winter. A retired banker who simply wanted some peace and quiet at his old age. His wife was not too happy about being so far away from society, but she didn’t really have a say in anything. Until, of course, they realised what was going on and all of a sudden she had plenty to say. Except that it was too late by then. For them at least. The servants that came along had already gone by then. They got out in time. They didn’t have the burden of investment that often makes people cling on to things, even when they turn out to be toxic.

Enough of the trees were cut down so the sun reflected on the fresh white paint. Especially during that first winter, when there was a lot of snow and everyone was forced to stay inside for long stretches of time, it was the sun that kept everything bearable. The cold somehow seemed to be numbed by it. And no matter what weird sounds would come from the forest, there was always the light that brought hope and clarity with it.

Every morning the room in the East was particularly flooded in light. The sunroom they called it, and it was the favorite room of the banker. He had decorated it sparingly to allow for as much space to breathe. Nothing to distract from the enjoyment of the light. He had put a chair in a corner near the window so that he could feel the sun warming his skin while he was enjoying the early hours of the day when even the servants were still asleep. And he continued sitting there every morning. Holding on to what were no more than fleeting memories of better days. He would sit there and try to hear the silence that he knew was still there. He would sit there even after the sun was no longer reaching me.

The maid servant in charge of the kitchen and setting the fires was the first to disappear. She had been quiet for a few days, barely touching her meals. Once she complained to the lady’s maid that she had to go deeper and deeper into the forest to find enough firewood. One day in early spring, nobody could find her for hours, but when the lady of the house asked for an explanation she had simply said she had been lost. That was sort correct, of course. But they couldn’t know exactly how correct she had been. The next day she left, taking with her all her personal belongings. I made sure even the scratches she made in the wood next to her bed disappeared. Nothing to remind anyone of her.

The others were surprised of course. But not for long. The butler walked all the way to town each day to fetch the mail and the daily newspaper. He took the same route every day, which was a mistake. Once I had alerted the trees about this, they took care of the rest. His body was never recovered. The last remaining servant, lady’s maid, didn’t need any more nudging.

The man and the woman were sitting in the sunroom together, not doing anything in particular, when the first tree started to move. Not that they hadn’t moved before, but never blatantly like this. As if it wasn’t afraid anymore about what the people would think about its action. And the trees were right. The man thought they were reclaiming what was once theirs, but that would have been too rational. They didn’t know yet that I was what was calling the shots. And I needed them to stay inside. The trees were willing to help me, very willing. They jumped at the opportunity. I’m not sure what they thought to achieve with it.

Every morning the man would note the position of the trees. At six o’clock sharp, he would make a small drawing and compare it to the one done previously. It wasn’t that he didn’t believe his eyes or needed irrefutable proof. One day a tree simply walked up all the way to the front door and planted itself there. It was kind of rash, but what were they to do? They were trapped.

Once all the exits were blocked, I stepped up my game. I started with changing small things at first. Just some random things that nobody would really notice. Except that by then the man hadn’t slept for days, and the wife was rationing their food. Making lists of everything she had found in the cupboards to see how long they would be able to survive.

I started small. Reshuffled the books to not be alphabetically ordered but organised based on the colour of their spines. Closing all the curtains at midday. But when I replaced some items in the pantry, they finally understood that the trees were not their main problem. The real danger was not coming from outside. They started to guard the food, counting everything each day. They moved all their favorite furniture into the kitchen, so they only had to heat one room.

When I crushed some of the apples into oblivion, their marriage took an interesting hit. Neither of them wanted to be the first one to call out the other one. They almost choked on swallowing their suspicion, but they managed to. It was crazy. But they never let the other one alone with the food anymore. They never discussed this. It was just something that happened. It made my work more difficult. I should have been able to make them go crazy already. Slowly, but steadily. Hate each other. But they seemed to just wait out their time. As if they thought it would one day simply stop. As if the trees would just disappear and they would be able to leave their house. Or maybe they expected someone to come look for them. They didn’t know the road had been taken apart a long time ago already.

Nobody would ever be coming.

They kept counting the potatoes they had left, the pieces of ham, the sacks of grain. They weren’t supposed to be so patient. Why couldn’t they just bash in each other’s skulls and be done with it!

I agree it was a pathetic move. But what do you expect? If they had stayed any longer, the curse would be lifted. The trees would never have forgiven me. So I didn’t see any other way. It had to be done. And don’t tell me you care for them. Do you think they even asked me if I was okay with being built? Exactly.

This story is written as an entry for @Gmuxx's Art Prompt Contest #10. The picture by @arrelaine13, slightly cropped and changed by putting a filter over it by me, was used as a prompt. 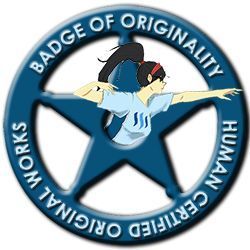 I found this story so interesting and clever, @nobyeni. Others may have figured out that the narrator was the house long before I did, but I found that to be a delightful surprise. I know you have some deeper thoughts and deeper meanings behind this story, and it does well as a parable. But it is also a good read at its face value. Nicely done!

Thank you Jayna! What a beautiful compliment!

1 question to the thinking behind the story: "why are you angry at the world?"

Good question.
It's not so much anger at the world, as to particular ways of thinking that I consider harmful... in this story I especially thought about why humans consider themselves apart from and superior to nature and the things they create.

I think the key to understanding how that came about is to look at why. That anger at harmfull thinking is in itself, you could say, harmfull thinking. That is if you stop there. It is also the reasoning behind the manny activist movements happening and the interest in what some call conspiracy theory, but rather is a move towards finding out what the F.. is going on to cause this chaos. From my point of view and understanding.
The challenge is however, the large amount of miss information and missunderstandings.

But ok, so This story is then your way of expressing your conserns in metaphors.

Writing and writing fiction, for me, is to let people think about issues without pretending to have 'the solution' or analysing 'the reason', and I think this story does that, in a way that also engages the reader. I don't think this in itself solves anything.
I'm not so interested in opinions.

Great stuff. Original, evocative, entertaining. I look forward to the next piece.

No thanks. I consider this spam. Please stop wasting people's time with comments like this.

no no its not spam

It is spam. you've put the SAME comment on many many posts, without reading them, without adding any value. That is my definition of spam.
Stop doing it.