Body in the back (freewrite fiction #12)

‘How much longer?’
Barely a whisper and for the first time, they met each other’s eye in the rear-view mirror. The man of lights held his gaze, but hesitated.
‘I don’t know. The poison always follows the same path, but its’ progress is different from person to person. Perhaps ten minutes, perhaps an hour.’
‘That long?’ He could hear the barely-veiled suffering in Mermont’s voice. He was trying to sound easy, jokey even, but didn’t carry much success.
‘Would you like me to make it quicker?’ The man of lights surprised himself, he’d never expected to hear the words come out of his own mouth. Through all of this, all the things he’d seen, he’d kept the blood off his hands, never interfering in the lives of the souls he came across. Though technically, he hadn’t come across Noah Mermont, so perhaps it didn’t have to be the same.
Holding his breath, he raised his chin a little, darting his eyes between the wound and Mermont’s eyes.
‘No,’ Noah said, in the end. ‘As long as I’m here, I might as well finish my story, no?’
Because it hadn’t been his story, not at first. Although he’d thought of it many times in the years since Lars had died, it had always been his grandfather’s story, if anything, borrowed from him. But stories have a way of wrapping their tentacles around you and assimilating people, so that now, it was Noah’s story, as much as it had been Lars’s.

‘My grandfather, he was a small man, not much to look at and not much to reckon in a fight, so he always made sure to carry a blade with him and be on his feet. Stealth, he told us, is worth its weight in gold if you can master it. Now, by rights, he wouldn’t have stood a shot against these men. They were bigger than him, stronger than him, but they were also infinitely more stupid. Reaching into his chest pocket, he stabbed the man closest to him, who only had a bucket to fend with, but even a bucket will do when your intent is to kill, won’t it? Stabbed him fast and in the throat and in the time it took that man to fall, several things happened below deck. Several hands loosened on their own oars and haphazard blades. Teeth took a swing with his chain at the other man’s legs, didn’t break them, just enough to get him down, wailing. After that, all grew still, eyes darting between Teeth and my grandfather, trying to work out how many more would rise up to help Teeth, but my grandfather, he knew none would, so he took advantage of the moment, of the not knowing in the others to strengthen his own. He talked to them. “You all have families,” he said, “You all have folk waiting for you back home. Balen,” he said, to the man who’d been stabbed in the eye, “you ever want to see your children again?” And there were people spoke up at that, but they spoke hesitantly. Violence is direct, you know where you stand with it, but talk often makes such men uneasy. They asked him how dare he talk like that, when he’d just killed a man, who’d never get to see his own family again. “He should’ve thought better before he raised a hand against a brother, then. Now, perhaps we won’t manage to kill all of you, but enough. And even more, like Balen, maimed for life. Blind, broken, with missing limbs perhaps. Now, that’s bad for business. Men like us need all their senses and all their limbs to do our job, don’t we?” There was a mutter of agreement that went round the room and the man who’d been threatening Teeth just now, he let his weapon drop.’ Noah hesitated, still unsure in his storytelling, ‘Well, perhaps one or two words were exchanged before that happened, but in the end, my grandfather got them to lay down their weapons.’
‘Let me guess,’ the man of lights said, with a grin, ‘he even brought the dead men’s bounty back to their grieving families.’ From the backseat, Noah gave a snort, which in turn lead to another pang in his side. Through gritted teeth, but still smiling, ‘Man, not men. The others all made it and no, they split the money up among themselves. They were thieves, not vigilantes. That night, my grandfather heard footsteps as he tried to sleep, in his corner. A smart man always picks the corner, for that way, no men can come at his back.’
‘But he can be cornered.’
A moment of uneasy silence passed and the man of lights thought he saw a shadow pass in the dying Noah’s eyes.
‘Perhaps. But my grandfather never was. That night, the big man sat beside him. “That was a foolish risk you took there, but I thank you for it all the same.” And my grandfather, of course he grew curious, after all, Teeth would’ve died had he not intervened. Lars Mermont, he was always a direct man, so he spoke his mind and the giant only laughed. “I wouldn’t have died. I will die in the daylight, when a red sun rises in the sky and I have found the one who made me.” “Your father?” my grandfather asked, but the big man would say no more on the subject of his death. He’d seen it, he told my grandfather when they reached shore, seen it in the eyes of an old gypsy woman when he was a boy. Lived his whole life according to that vision. Many times, he’d been at death’s door, but he’d always come through and nothing and no one could shake that notion from his mind.’

Once more, silence, the stuffy car filled with their breaths, one harrowed and broken, the other low and serene, as if not wishing to attract unwanted attention.
‘Why did you think of this story now?’
‘I was just wondering whatever happened to Teeth O’Joyce. My grandfather hoped to see him again, looked for him on each voyage after that, but never did. About a year after they’d reached port that day, he heard word Teeth O’Joyce had died, though no one seemed to know exactly how. I was wondering if you knew what had happened, I was wondering if the giant was right about his death, or if it was just a lie, of the many men tell themselves.’
Noah’s skin was turning pale and the man of light thought he saw the tiniest bumps traveling up and down his shivering arms.
‘You know what I wonder?’ he asked, after a moment. ‘I wonder if he took any teeth during this voyage? Seems like he would, doesn’t it?’
The dying man would’ve smiled, had he not been busy twisting his lips in pain. ‘He did not. The only man who’d died was not his to boast of, but my grandfather’s, and much as he liked his game of teeth, a wise man knows when to shield his blade.’
‘That he does.’

They sat in silence for the remainder of Noah’s earthly life and when the man of lights looked back, he saw his companion had ceased breathing, just like he’d foreseen he would. Into the night, he drove, dead body in the back, thinking on the story of Teeth O’Joyce and whether he truly lived or not.

This post was shared in the Curation Collective Discord community for curators, and upvoted and resteemed by the @c-squared community account after manual review.
@c-squared runs a community witness. Please consider using one of your witness votes on us here
$0.00
Reply
[-]
steemitboard (66) 2 years ago 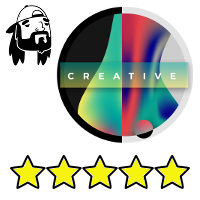