concordiainvest (50)in #fibonacci • 2 years ago (edited) 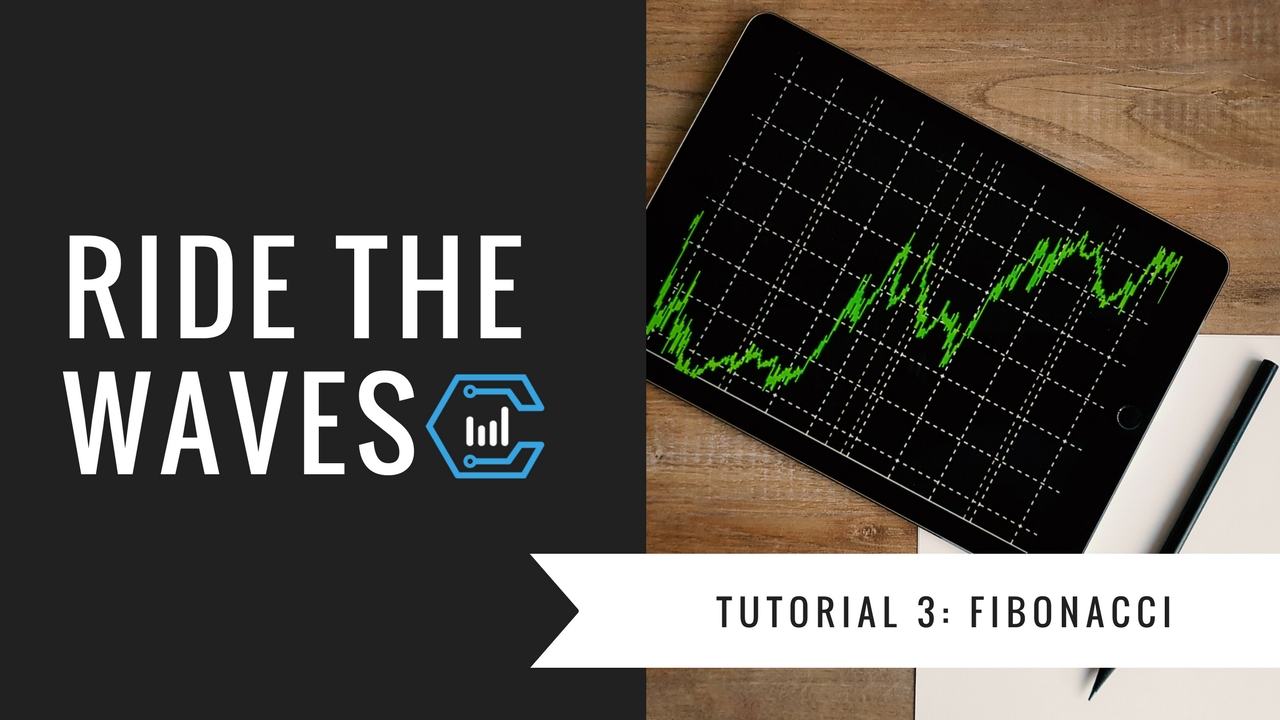 Welcome back to the third tutorial of the Ride The Waves series. If you haven't seen the first two, don't be a meat head - watch the first one here and the second one here. We'll be using some pretentious trading jargon that we covered in the first tutorials so I would recommend you go check those out first.

Alright, you finished watching them? Good.

In this tutorial, we'll learn how professional traders use Fibonacci numbers in unison with Elliott Waves. Why would you need to know this? I'm glad you asked.

This is probably the most important thing you'll ever have to know in your miserable & lonely trading life, so listen up. You need to know how to use Fibs to understand two crucial concepts:

Yeah, that's right! You can either close your eyes & point to a random spot on the BTCUSD chart and say "this is where I'm entering", or you can use mathematics.... your call.

Before we jump into the video though, I want to teach you a little bit about the Fibonacci sequence and why it works with trading.

Nature's Law --- the Secret of the Universe

These are the beginning numbers of the Fibonacci sequence. What makes these numbers so special? They're EVERYWHERE.

If you cut a banana in half, it has 3 different sections. Flowers have 3, 5, 8, 13, or 21 petals. Rows of seeds in sunflowers always equate to Fibonacci numbers. When you lose trades on margin, you say to yourself "I'm fucked" which has 8 letters in it...Get it yet? Fibonacci is Nature's law.

Now I'll save you the history lesson as to how Leonardo Fibonacci came to this conclusion (fun fact: it came from incestuously mating rabbits), but I will tell you that the magic of these numbers comes from when you divide them.

No matter which numbers in the Fibonacci sequence you divide, you'll always come up with the same ratios:

61.8% (also 161.8%) is known as the golden ratio. It's proportions are pleasing to the eye and is used in areas such as music, art, science, and obviously trading. I don't think it's necessary to dive into the golden rectangle or spiral for this explanation, but if this does interest you, I'd advise you to check it out... really interesting stuff.

Anyways, what does this have to do with trading cryptocurrencies?! Let's think about it a little...

If we break down what trading is, you'll come to the conclusion that it's essentially a large scale human psychological study. It's people all over the world making decisions whether to buy or sell based off of fear, greed, news, or whatever else it may be. Human psychology is nature, and thus nature's law applies more than ever.

Now that your mind got blown, let's jump into the video so you can start kicking the market's ass.

NOTE: these probabilities are recorded based on my back-testing & experience. They may not be 100% accurate, however these are the numbers that consistently show up. If you have your doubts, go and back-test yourself to get more accurate probabilities :)

To understand how to use the measuring tools, please refer to the video as it's difficult to explain via text. Here are the rough probabilities of each retracement and extension:

Is this the first post in the tutorial you're seeing? Go watch the previous ones you knob!

Just starting up the socials, so help a brotha out & follow me!

THANKS FOR TAKING THE TIME TO READ. I GREATLY APPRECIATE ALL OF YOU!! I HOPE THIS HELPS YOU A TON

the most average looking trader to exist,

Thank you, great video. Found it practical. I did get a little lost at points where you were using the fib tool and wasn't sure where you started it from or why. Consider "the curse of knowledge":

“Once we know something, we find it hard to imagine what it was like not to know it. Our knowledge has "cursed" us. And it becomes difficult for us to share our knowledge with others, because we can’t readily re-create our listener’s state of mind.”

I think it would have been easier for me to follow if some more details where added and the pace was slower at certain points. Some things were not obvious to me. Overall I was glad it got more into the points of EW that I've been wanting to learn, specifically the fib ratios and probabilities.

Ahhh I'm super sorry about that @elucidations. I tried to be really thorough showing how to actually use the fib tool & showing the points where to measure from. In the next video, I'll clear that up for you 100%. Again, my apologies. Thanks for taking the time to watch it though <33 really appreciate it

Resteemed to over 16100 followers and 100% upvoted. Thank you for using my service!

We are happy to be part of the APPICS bounty program.
APPICS is a new social community based on Steem.
The presale was sold in 26 minutes. The ICO will start today.
Read here more: https://steemit.com/steemit/@resteem.bot/what-is-appics

This content give me new knowledge on how to read bitcoin movement. Nice info

Super glad it does @sharil! Thanks for the comment :)

You got a 5.34% upvote from @postpromoter courtesy of @concordiainvest!

Congratulations @concordiainvest, this post is the fifth most rewarded post (based on pending payouts) in the last 12 hours written by a User account holder (accounts that hold between 0.1 and 1.0 Mega Vests). The total number of posts by User account holders during this period was 2090 and the total pending payments to posts in this category was $4022.85. To see the full list of highest paid posts across all accounts categories, click here.

Congratulations @concordiainvest!
Your post was mentioned in the Steemit Hit Parade for newcomers in the following category:

Awesome - I love it!! Thanks very much @arcange :D