concordiainvest (50)in #elliottwave • 2 years ago (edited) Hey Elliotticians!! Welcome back to the second tutorial in the series: wave structure.

This is SUPER important to understand, which is why the video is 30 minutes long. There is a ton of value packed into one video including going through a bunch of vocabulary, real life examples in this current Bitcoin market, and a whole lot more.

I won't spoil it for you though... here's the video! Checkout the summary below the video & return to it whenever you need a quick refresher!

Motive waves are waves consisting of a collection of impulses and corrections. A motive wave is a 5-wave structure.

There are different types of flats: regular flat, expanding flat, and running flat. Here is a picture of the different flats thanks to DailyFX. 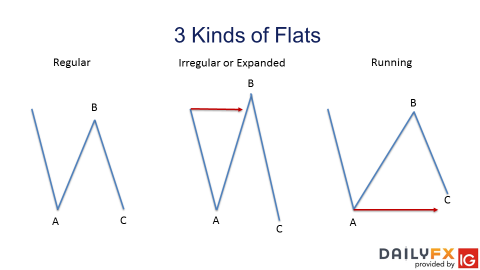 Triangles are denoted ABCDE and, unsurprisingly, form a triangular structure before breaking out. Each of the five sub waves are made up of three waves. Here is a chart to show you how they look A Double Three is a combination pattern that strings together 2 corrective patterns. Each pattern is strung together by an X wave, which could be any 3 wave pattern (note: in the video, I said the X wave could be a 5 wave here - the five wave I meant is a triangle, NOT a traditional 5 wave impulse. X wave can be any of the corrective structures shown in this video). Take a look at this photo for some clarification! 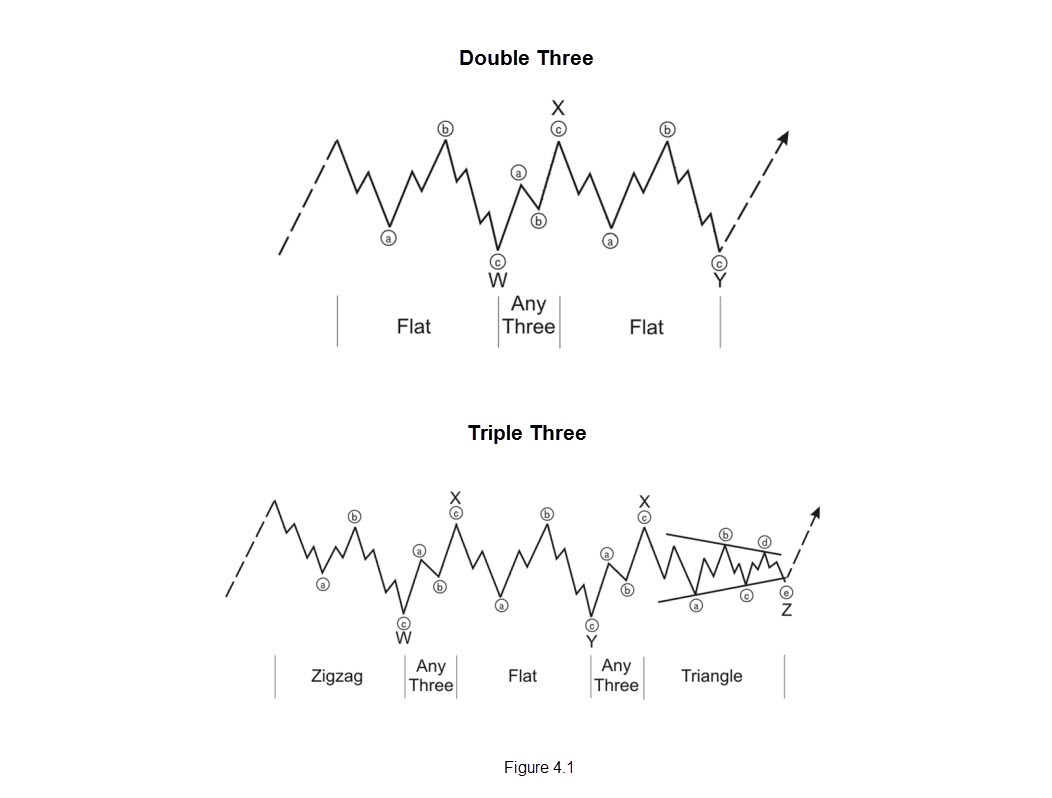