Submit
$67.93
495 votes
96
Authors get paid when people like you upvote their post.If you enjoyed what you read here, create your account today and start earning FREE STEEM!
Sort Order:
[-]
monchhichi23 (56)  ·  2 years ago

Dreemie, first off Congratulations on getting Curied!!! You deserve that and so much more!!

Ok, now, down to business... so the fact that she figured out that she can do to him what he's doing to her... she needs to not feel guilty about that.. he's a leech and needs to go bye bye forever... like seriously!! So I am wondering, while she is daydreeming, where is Mom? If Aria is watching Talia while she dreems can she like see discomfort or any kind of expression from Talia? Just a thought...
Another awesome chapter!! Sooo sooo proud of you!!! Love you!!

thank you @monchhichi23!!!!!!! well i can tell you this... they normally meet during the evening. As we've seen so far - she spends her time with her mom when she can - and then when her mom isn't there - she's in her other world. So its unlikely that her mom is watching her. that's all i'll say ;)

did you get your tip???? hehehehe not sure

Hi @monchhichi23! You have received 0.1 SBD tip from @dreemsteem!

@tipu send tip (oh yes - i'm going to give crazy yours... but this is extra from me for your generosity! hehehe)

YOU are one crazy Lady! LOLLL LOve You!

Hi @snook! You have received 0.1 SBD tip from @dreemsteem!

your tip will go to the Welcome Wagon! (i'll just send a full SBD there)

You're a sweety. Thanks @dreemsteem.

Hi @artemisnorth! You have received 0.1 SBD tip from @dreemsteem!

yes it does!!!! glad that you're enjoying it!!! its high praise to hear its the only one of the two fantasy stories worth your time hehehehehee that thrills me :)

i hope i can keep entertaining you!!! (and p.s. don't get into the debate between @enginewitty and @zen-art.... hahahahaha just keep your opinions about Derek to yourself! LOL believe me!!!) hahahahahahaa

Hi @ancapbarbie! You have received 0.1 SBD tip from @dreemsteem!

Dereck is a villain you love to hate. Will she ever be able to break free and find Byrd and set him free? She deserves some happiness...

Isn't that funny!!! and then we have some people that love this character! I thought he might be complex and possibly polarizing - but I thought it would be more people wondering if he could possibly be good

nope! readers either love him - or hate him! hahahaha there is no middle ground with him (yet)

oh! and @cecicastor - check out the next post... a little fun and money??? for one of my Sweet Subscribers (or anyone really) hehehe

Good! Use your aggressive feelings, boy. Let the hate flow through you.

Reminds me of that.

i wasn't sure if you got a tip!!! but you need one hehehe

Thank you so much! I really appreciate it!

Hi @cecicastor! You have received 0.1 SBD tip from @dreemsteem!

lots of tips went out today!!!! you needed one too - you're a faithful reader hehehehe

Hi @kerrislravenhill! You have received 0.1 SBD tip from @dreemsteem!

@tipu send tip
hehehehe thank you for your support on PYPT!!! :)

Hi @father2b! You have received 0.1 SBD tip from @dreemsteem!

Well done @dreemsteem you deserve the curie and more 😊❤

Hi @happysmileyman! You have received 0.1 SBD tip from @dreemsteem!

Can you add me please?
Thank you

You've been added :) and please have fun with this little reward in my game!
@tipu send tip!!! :)

hmmmm i think the exclamation points messed up your tip

Hi @arthur.grafo! You have received 0.1 SBD tip from @dreemsteem!

Yes! There's the old fire we've come to know and love in Talia!
Congrats on the Curie once more, @dreemsteem!

Thank you @quirky.countess! Yep a little bit of that fire sneaking in hehehehe

Hi @quirky.countess! You have received 0.1 SBD tip from @dreemsteem!

heheheh thanks for your support on PYPT!! :)

Hi @belemo! You have received 0.1 SBD tip from @dreemsteem!

Don't turn around, there's a long line behind @zen-art who feel differently.

I agree with you! I always love a good villain!
Now please excuse me while I put up a shield to defend myself against the Derek haters.

...and look good while doing it apparently! :D

Thank you so much for what you do @curie! This is such a thrill for Steemians to get!!!! It's like winning the lottery!!!!

Congratulations @dreemsteem! You have completed some achievement on Steemit and have been rewarded with new badge(s) :

I upvoted your contribution because to my mind your post is at least 23 SBD worth and should receive 130 votes. It's now up to the lovely Steemit community to make this come true.

oh thank you @trufflepig!!!! :) I like visits from youuuuuuuuuuu <3

Is that not how we humans create crisis after crisis? By remaining true to ourselves and thus, not able to understand the worldview of the other. It is far rarer than many realise, for that gulf to be breached, which is why we have so many feel-good videos on YT about such stories.

Of course, as spectators to the war between them all we can do is hope the bad person, the selfish person or some such person, is the one who loses because internally they "know" they are in the wrong.

I do not think Derek does, so I'll be interested to see how he handles the changes and strength of her beliefs.

I love your comments @arthur.grafo!!!!! :) Thanks for committing so fully to this with me hehehehe
another tip for you! because.... why not! :)

Hi @arthur.grafo! You have received 0.1 SBD tip from @dreemsteem!

Both choices are completely random as I don't know the list of subscribers well....and also need to catch up on the previous chapters. ;)

@tipu send tip
Thanks for playing - there was a big mistake in the game... hehehehe check my post here for more details - BUT YOU STILL WIN ;) (and can win more for Saturday's Chapter 23! hehehe)

Hahaha, a good laugh though. Awww Dremie, you didn't have to. Thank you very much for your generous gifts.

Hi @kchitrah! You have received 0.1 SBD tip from @dreemsteem!

Great chapter, from today I'll be interested to see how your story. Thank you for sharing so many good things in our community. May God bless you always.

oh thank you so much! even though it's after the game... take a little tip from me! hehehe
@tipu send tip

Hi @saracampero! You have received 0.1 SBD tip from @dreemsteem!

Hey you I want to be added! Can't believe I haven't asked you yet! Keep up the good work!

take a tip, even though it's after the game hehehe

Hi @joelithic33! You have received 0.1 SBD tip from @dreemsteem!

(yes... i know you said give yours to crazy... and i will - this is just for your generous heart)

Hi @rubencress! You have received 0.1 SBD tip from @dreemsteem!

I must do some reading
Still want to join

Need nothing in return, it is just heartfelt encouragement

Thank you!!!! I know you did it for encouragment... but!!! here is a tip anyway :) because it's fun for me hehehehe

Hi @yidneth! You have received 0.1 SBD tip from @dreemsteem! 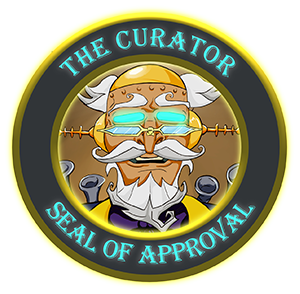 Thank you @steemsearch and @markangeltrueman for the exciting recognition!!!! I hope that you stay to enjoy the rest of the story with me and my Sweet Subscribers :)

Manipulative, egoistic, self righteous dictator with a Hitler mentality and sadistic approach to life. It makes my stomach turn :(

you probably knew someone like him, also? he's real to you?

Is it that obvious? LOL :D

why do you think I write him so clearly? lol. I, too. Writers pull from real life ;)
we're kindreds :)

Congratulations Dreemie! A well deserved Curie, for your writing and heart. :) Yay.

I've missed this series. Pls add me to your list for notification so I won't miss it again.

another tip for you... because it's fun!

Thank you! It's very generous of you.

Hi @kchitrah! You have received 0.1 SBD tip from @dreemsteem!

I finally caught up, what an intriguing story! I have yet to find some love for Derek, at the moment I despise him because he's abusing his power, seemingly only for his own benefit. My favourite is Bryd because he's trying to protect Talia and prevent their gifts being used for evil. I hope he'll be freed soon :) Thanks for the entertainment, @dreemsteem, and big congrats to the curie xx

Nice that she is able no take from him but cutting his throat might be quicker.