Remember the lady who gave the passionate speech about forced adoption, to the EU committee? Sabine Mceil, but where is she now? Yet again the NWO have silenced another whistle blower by using OUR POLICE SERVICE, to create a situation in which they can imprison her. This has happened to Melanie Shaw, it is now happening in Winnipeg, Toronto, to Tamara and now, after watching the latest episode of #ukcolumn, it seems, brave beyond the call of duty, Sabine McNeil, is now facing a long spell in prison.

I have previously reported on all three of these cases and to jog your memories, I have dug out this video, one that you all should recognise...

Yes, you remember her now. And how have we treated this courageous woman who has obviously put her neck on-the-line in order to help stop the huge Child slave trade, going on all over the globe.

The amazing headline, in the video above, was the revelation that "1000 children are being forced into care, every month". Which I hope you will agree, is the most important and worthy cause around.

As I was saying, this remarkable lady has re-entered the theater...

From my research, it appears that since Sabine, speech in 2014, she has been targeted by those she opposed and the authorities have been using all their usual dirty trick and arms of propaganda to besmirch the reputation of this remarkably intelligent woman.

This is one such, media, report. It starts with a positive introduction to Sabine and her remarkable career and then begins to warp her image with accusations of 'Getting in with the wrong crowd' and reporting on Satanic child abuse in Hampstead, London, that according to this article, doesn't exist. This article would have us believe that Sabine has reached for the tin-foil and secured it, tightly round her crazy head... As much as I do not want to give the web-page another view, it is too important to leave out. 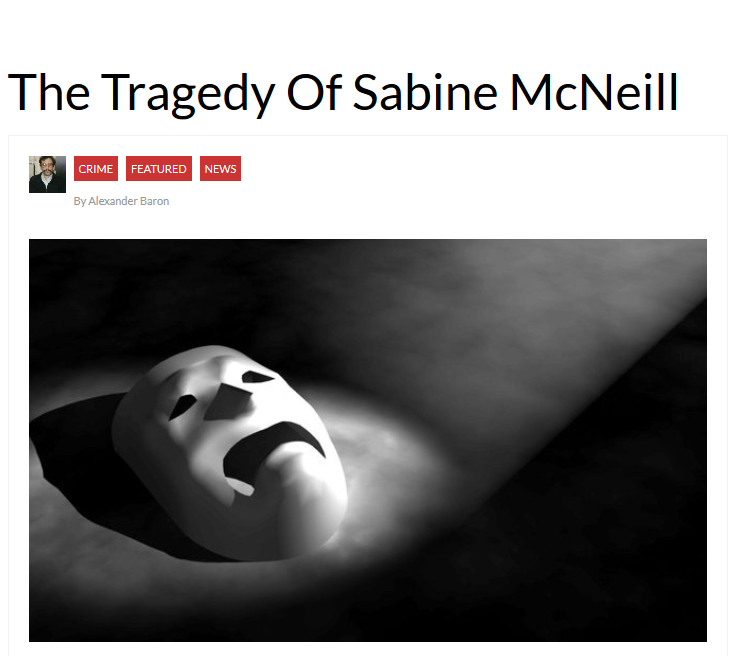 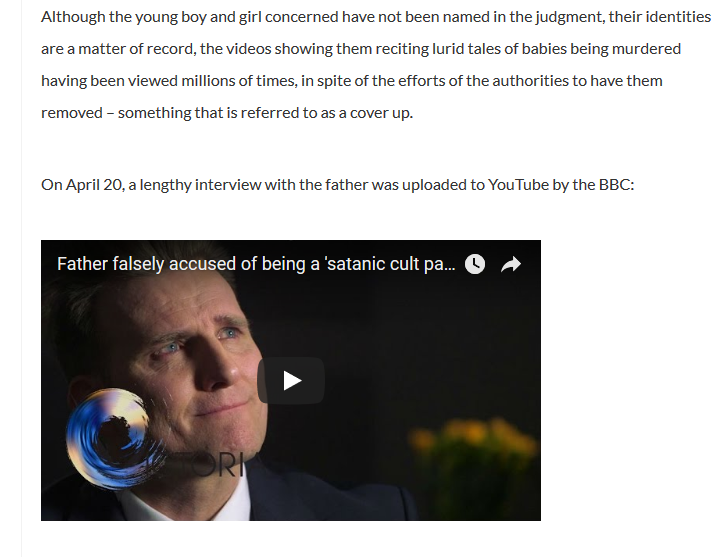 And whenever have the BBC lied or tried to cover up Child Abuse? This incendiary article, after stating Sabine's huge intellect, goes on to refer to her as "a village idiot". After this point, the author then begins to give in 'the beans' and really lay into Sabine's theory. Stinks of desperation to me and when people give opinions without evidence to back up what they say, then that is merely an gossip and certainly not worthy to be labelled as 'News'. 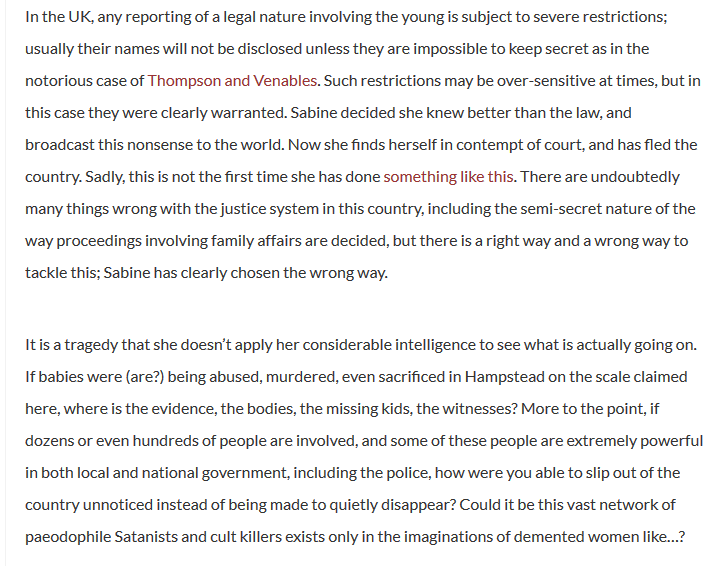 But it is now only fair to hear Sabine's side of the story, I imagine this part will have a little more evidence behind it, lets see...

This appears to be Sabine's own page on the subject. As you can see, there are plenty of links for you to follow.

Now you may want to sit down for this next part, as it is a little shocking to say the least. We must help this woman and bring her evidence onto the steemit block-chain. For all her efforts she has since been arrested by UK police. Here is the shocking video of her arrest.

So lets have a listen to Sabine and a comprehensive interview explaining exactly what has gone on here...

I would also like to add that this is the 19th month! MELANIE SHAW has been locked away, most of this incarseration being in solitary and not receiving proper medical help. This is a disgraceful cover-up of a government-run child trafficking organisation, supplying pedophiles all over the world. This must stop! Please share this post as much as you can and get the word out. We are in the process of a government inquiry into historical child abuse, how are we supposed to have any hope of justice when this is what is happening behind the scenes. 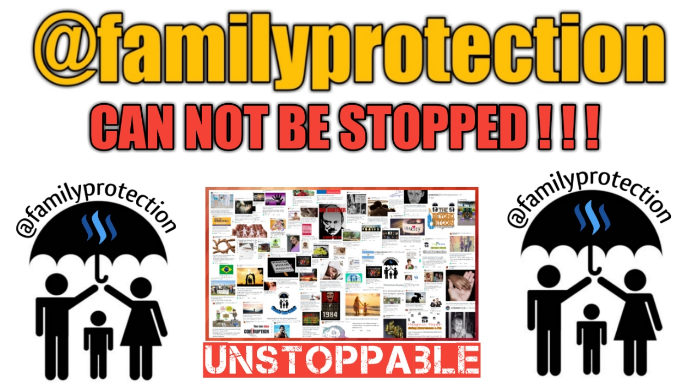 Please consider uploading the videos to DTube. YouTube can take down anything that they deem unfavorable. The vidoes and all the information they contain are at a risk.

Am planning to shift over soon bud. Have to use it for a couple of vids tonight but maybe after that I will bite the bullet.

I think the blockchain is going to be our best bet for preservation of information. I posted this yesterday, didn't use the @familyprotection tag because I didn't know if it was appropriate without having a personal story, but it needs to be accessible to the familyprotection team because info is "disappearing" from the internet. Too much work is being lost. Glad you posted this. Here is my article from yesterday:
https://steemit.com/fullyinformedpublic/@vickiebarker/what-goes-on-the-blockchain-stays-on-the-blockchain

You may be able to glean some facts and specifics from it too.

That looks a very interesting article and I will find time tonight to have a proper read. Looks like you are enjoying your new lap-top :)

I am enjoying it indeed. Now to catch up on 2 months worth of e-mail that has piled up, but hard to take time from Steemit to do the "boring" stuff. :) I want to put a post together soon on @team-solutions, looks like you are building fast there. Steem on and on and on!!!

I've been very busy lately. Not really getting much sleep these days so may as well do something productive. Please do I have had a couple of folk use the tag and I keep popping onto the profile to find new content to share. Look forward to promoting it :)

This post helpful for us...Thanks for sharing my friend...Best of luck...

This is Interesting video....Amazing your post.... thanks for Shearing.

The guy I wrote about today was murdered for making a documentary about CPS abuse in the US. I'm moving to the UK next and I have so much material that honestly I don't know where to start!

And yes it doesn't surprise me the UK is floating on dead bodies lol. Disgraceful ruling class, probably the worst to date.
Where are you from btw? I'm from Nottingham.

Drop a link man, I really don't mind. There is no way of notifying people and I miss a lot of peoples work that I would normally like to read. I know it isn't good practice but I would say always drop a comment or a link on my latest post and then I will be able to keep up with your work.

Robin Hood country lol! I'm in Arkansas, US. the CPS problem here is fairly straightforward- kids for cash. Australia I found to be much the same, with a smattering of pedo mixed in. England is a cesspool of pedophilia with all of the elements of the US and Aus. It seems to be the prevalent rationale behind the CPS abuse there- the fuckups on the throne don't help the public image much. I was thinking about starting with the Jersey Boys School and kind of fanning out from there.

We must be running on the same frequency, I just did a post that included Bill Bowen yesterday. I think it is important to keep their work alive and blockchain may be our best bet. Here is mine from yesterday: https://steemit.com/fullyinformedpublic/@vickiebarker/what-goes-on-the-blockchain-stays-on-the-blockchain

Yes mate we're all outlaws here.lol. Used to be nice here but they are slowly painting into a shade of 'corporate bland' Primark coffee shop coffee shop tkmaxx tesco...Yawn...
We have a nature reserve were I live though, so that is nice to visit and get away from all the garbage. What Arkansas like? Not sure were to point you with UK, it has to involve Savile and Hastert those 2 are a disgrace and need to be burned. Janner is another, Glitter. Oh wait! Barrymore...That case has always smelt fishy. Jason Lubbock I think his name was and they rammed a brolley up his arse, after filling him up on booze and drugs. It ruined Barrymore in career and in mind. His mental state while on celeb big bro just shouted guilt to me. There is definitely some there. I can send you a link to a huge file on all things UK. I used it to write an article about the Boy Scouts. See if I can dig it up

I think perhaps an overview would be a good start and go outward from there. I'm still shaken from those videos I posted yesterday. I hardly slept- I feel like I'll carry those ghosts with me for the rest of my life! As if I didn't already have enough ghosts from Vietnam!!!

I'm beginning to understand now how this stuff can really get to you. I've always been strong, but the more exposure I get to this, the weaker I'm getting.

great work! we must not stop talking about it!

Congratulations @article61, this post is the fifth most rewarded post (based on pending payouts) in the last 12 hours written by a User account holder (accounts that hold between 0.1 and 1.0 Mega Vests). The total number of posts by User account holders during this period was 3384 and the total pending payments to posts in this category was $8112.02. To see the full list of highest paid posts across all accounts categories, click here.

Wow such important info!! 88% Upvoted and Resteemed with gusto! Thank for this important connection, @article66

@dakini5d, thank you very much man! That is good to know I have your support brother. Peace.

Back at ya buddy!

So which pizza chain is this being run out of?

this post is very essential for family protection
thanks for sharing........

could you read the message above please?

Our principal role as designers is to accelerate new ideas and the adoption of new ideas.