What we're all about.

EOSoCal is a group founded in Nov 2017 with a mission of supporting and promoting the successful launch and viability of the EOS.IO software and community, operating out of Southern California.
Our goal is to contribute to the overall success of the EOS.IO decentralized ecosystem from this area of the world, helping masses preserve life, liberty and property for a better world. We aim to achieve our goal by contributing in the following ways:

We are proud and excited to be a EOS.IO blockchain block producer candidate. Our facility is located in Southern California, providing jurisdictional and geographic diversity, while giving back to the community and ecosystem in various ways described below. Here are some great reasons to vote for us!

Proposed initial single-tenant physical server "bare metal" hardware at launch June 2018 - Subject to adjustment based on suggestions from Block.One, community peers, fellow block producers and demand-based requirements; and we are prepared to scale as necessary!

*Back Up - We will operate two nodes, one physical server for livenet and another cloud based server on standby as a back up for maximizing up-time. We plan to work with the block producer community to develop open source failover systems that automatically enable stand-by systems in the event of main system failure.

We have ample room, cooling and electrical capacity for in-house expansion and are prepared to scale with demand. We are a self funded organization that does not rely on investors or block rewards for our expenditures. We will publish more details about our hardware plans shortly.

Our facility is currently up and running and has ample space and electricity to keep up with demand growth. We will be posting pictures soon!

We are a privately funded organization experienced with node and "mining" operations, technology design & development, and marketing. Our team consists of 3 in-house members and we are seeking a head of community as well all advisors to join the team either in-house or remotely.

The EOSoCal in-house team consists of: 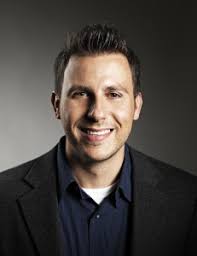 Cesar Diaz, Head of Strategy - Cesar is an entrepreneur raised and living in Southern California, who successfully exited 3 founded ventures, two of which sold to VC firms. After falling down the Ron Paul rabbit hole, Cesar decided to focus on the development of positively-impacting decentralized applications aiding in the preservation of life, liberty and property, as coined by the man himself, Dan Larimer.

Cesar takes part in hosted large-scale mining operations in the State of Washington and also operates an owned-&-operated facility in Southern California where the proposed block production will be hosted; which currently operates ASIC mining and GPU nodes. He is an investor in next generation, post Von Newmann Architecture, processors currently in development, designed for high speed CPU processing in nodes. Cesar is in early stages of developing a decentralized application programmed on the EOS.IO platform utilizing smart contracts with user governance, which is hoping to positively impact a billion people, and will be "air dropping" tokens. (To be announced March 2018) His next planned development is a contribution-driven economy aiming to employ people in poverty from their remote location anywhere in the world.

Cesar is an investor in two of the first crypto based venture capital firms, Blockchain Capital and Pantera Capital, and also manages a private venture capital firm focusing on developing and incubating blockchain-based projects, coin/token holdings as well as infrastructure investments.

Read more about Cesar on a personal level here: https://steemit.com/introduceyourself/@ceezdeez/hi-steem-community-i-m-new-here-and-i-ll-be-contributing-truth-and-enlightenment-to-empower-humanity Alex Gomory, Technology Lead - Having built currently-hosted GPU nodes from the ground up, Alex is active in hardware and software development and is responsible for maintaining node and mining operations. He has been working with Cesar since 2011 on various ventures and single-handedly programmed a mobile marketing automation platform from ground-up, still in operation today.

Alex is working to assembly initial EOS node hardware as we await block.one initial technical requirements and recommendations. He is also currently assisting with early-stage design and development architecture of a decentralized application on the EOS.IO platform. 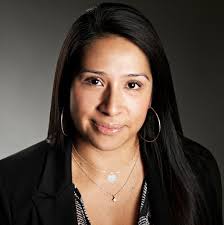 Virginia Larez, Administrative Lead - Virginia has been doing executive administration for over ten years and is in charge of accounting, corporate administration, HR and much more, and was administrator during two successful exits.

About Our Financial Independence and Solvency
We are very well funded with internal funds and are not relying on block rewards or raising funds to fund initial and growth operations. We own the facility free-and-clear and are not dependent on any third party funding. Our goal is not to build wealth, rather to contribute to the overall viability of EOS.IO.

Giving Back to the Community
In addition to our current level of self-funded decentralized app incubation, educational content, advocacy through community, and token "air drops" soon-to-be-announced, we will shortly be publishing our block reward re-contribution program, which will allocate fixed amounts of block rewards back to the community to improve and expand on our current offerings.

We are in process of joining the community initiated TestNet for block production using:

We are also subscribed to the EOS.IO TestNet, username: EOSOCAL in preparation of testing smart contracts currently under development and are running a local node where we've deployed Block.One provided smart contracts.

Find us on Telegram:

Thank you for taking the time to read our introduction! We're looking forward to working with the community.

I recently reviewed your proposal in a video I just posted. I really like the ideas of being audit friendly.

Thanks for the video mention! We'd love to check it out if you can share a link. We greatly value transparency and hope all other candidates are also an open book, fully accountable and auditable. We'll be sharing more soon about more ways we plan to maximize our transparency and accountability.

I just tried to do an overview and start learning about the community. Thanks for your efforts!

Thanks for sharing your commentary on us and other candidate BP's. Digging the background and spinning logo you got going. Keep up the good work!

Thanks! I’m just glad to be part of the community and learn about all the great projects out there! I wish you luck on your bid for BP! I’ll be following your progress as your updates come out. From NorCal!

Thank you for the introduction post - very interesting backgrounds and you may be the first candidate we've heard of to be entirely self-funded and non-reliant on investors or block rewards.

Looking forward to learning more about your community programs - token holders always get excited about airdrops and it sounds like you'll have some announcements coming that could be very interesting. Go EOS!

Thanks for taking the time to review our post. We hope we do add a unique value by being self-funded and not having to provide a return on investment to third parties. This way we can minimize our overhead and maximize what we give back to the community. Please do stay tuned as we're working hard to have our dapp & airdrop announcement later this month. We can't wait!

I know you guys are working hard right now putting together the block producer candidate reports. Thank you guys for all that you do for the community!

hi friend can we help each other ? if yes reply comment

I live in So Cal too, I'm in San Diego so I support you guys! I see ur on steem so you guys must be smart! O I respect you and I know I'm in no position to become one of the 21 Block producers of a now 17 Billion dollar blockchain that will most likely be worth trillions in marketcap.... So I would love to get to work with one of the great Block producer candidates for my region... HOLY SHIT holy crap holy crap we can get ALL the big companies in socal to ORBIT the EOS socal DAC and have a decentralized autonomous GEOGRAPHIC organization that links up ALL the socal companies from Media Music and Hollywood in LA and all the way to Bio Tech and Defense Contractors and Healthcare companies in San Diego, and everything in between and oif course theer are even bigger industries, tech, agriculture, and we can link them all with EOS in some incredible ways to make southern California the most beautiful fucking shining beacon city on a hill , oh man I am so happy thinking about how much money this could bring to our region. Southern California could have zero poverty after a project like this brings so many jobs to SoCal....that even un skilled workers will have jobs working for the people in the new eos tech industry. Oh wow this could be so big for our region!

Thinking big.. love that! Thank you for your support and thoughts.