On today's escapade inside crypto we will feature District0x.

The district0x Network is a collective of marketplaces and communities. Which we call districts.
The district0x Network Token is a staking token, used by holders to join districts and participate in their governance making it fully decentralized.
All districts are built upon a standard open-source framework, d0xINFRA.
d0xINFRA is a stack of Ethereum smart contracts and front-end libraries distributed on IPFS which power a district's basic functionalities. 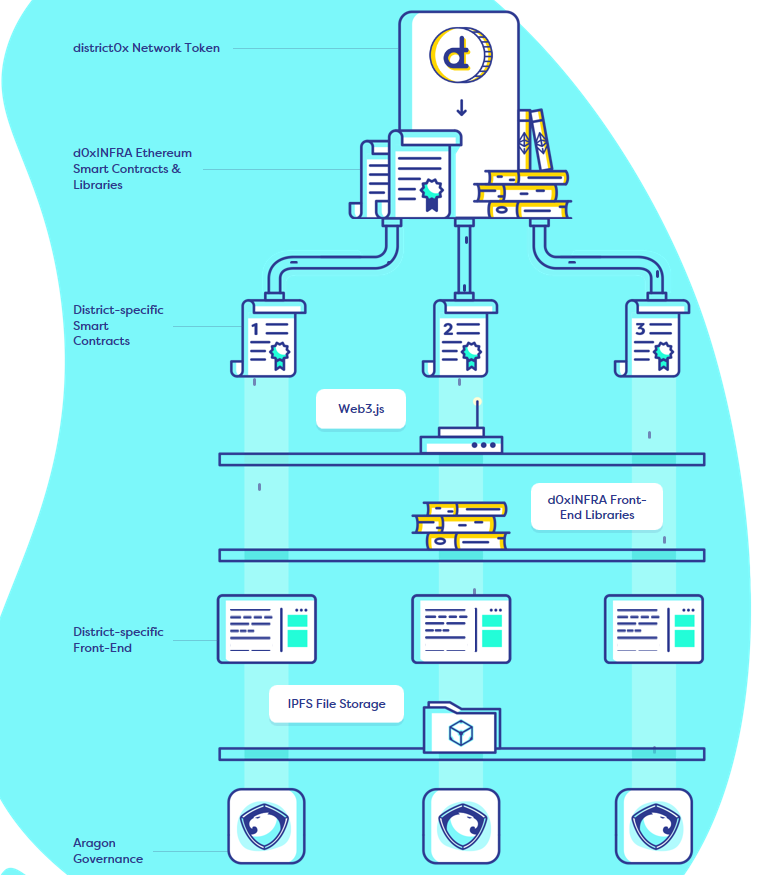 Upcoming and running districts as promised on their roadmap: I had contact with them and they told me they likely don't need additional funding and will burn the remaining ones if they reach their goal. Alexander​ ​Khoriaty​ is the Project Manager at district0x. After studying physics at the University of Michigan, Alexander worked as a fire investigator before spending 2.5 years at Coinbase working on Quality Assurance and Payment Operations. 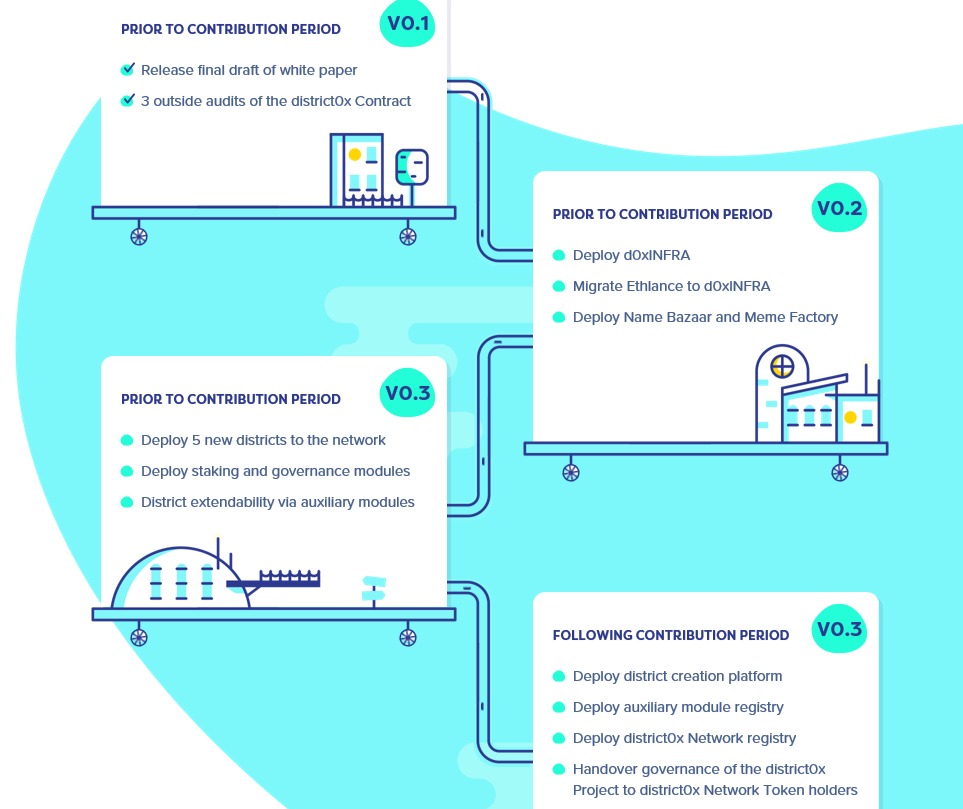 I contacted Customer Support through email and facebook. They responded within a day through both channels.
There's also the possibility of contacting them through Rocket Chat on their website which they prefer. 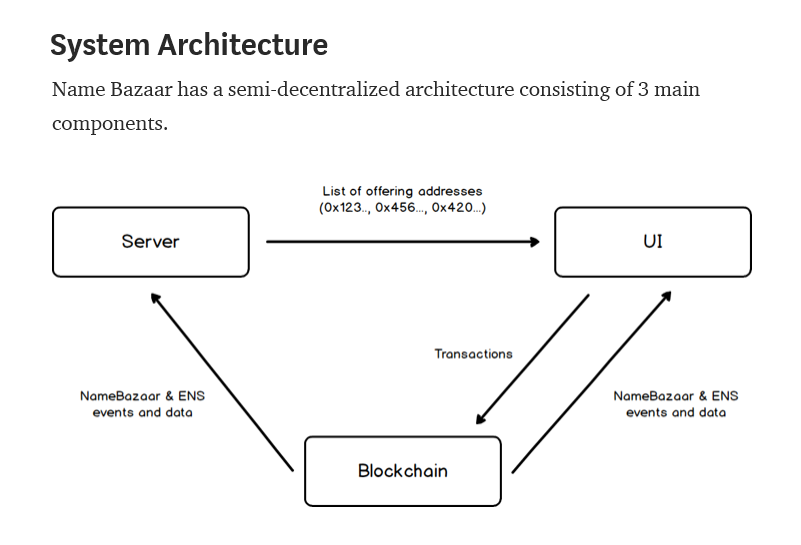 Upcoming launch of a curation network . A curation market is a broad concept that will ultimately allow more groups to coordinate globally around shared goal.
This will be the first iteration of a smart contract managed curation market based on the work by ConsenSys. Read more here. We don't give any trading advise but District0x is one my personal favorites. There is a great potential of District0x's usage. In October about 8% of the tokens were being used to vote. It's fascinating to see how District0x is evolving and they seem to have a strong community and roadmap.
District0x on top of that will hand over the governance to the network token holders after adding additional features. This truly make them fully decentralized, definitely something to look out for.

We will keep you posted and updated on District0x and any cryptocurrency we feature on a regular basis.

Next cryptocurrencies in this weeks rotation:
OKCash