investoranalysis (43)in #cryptocurrency • 3 years ago 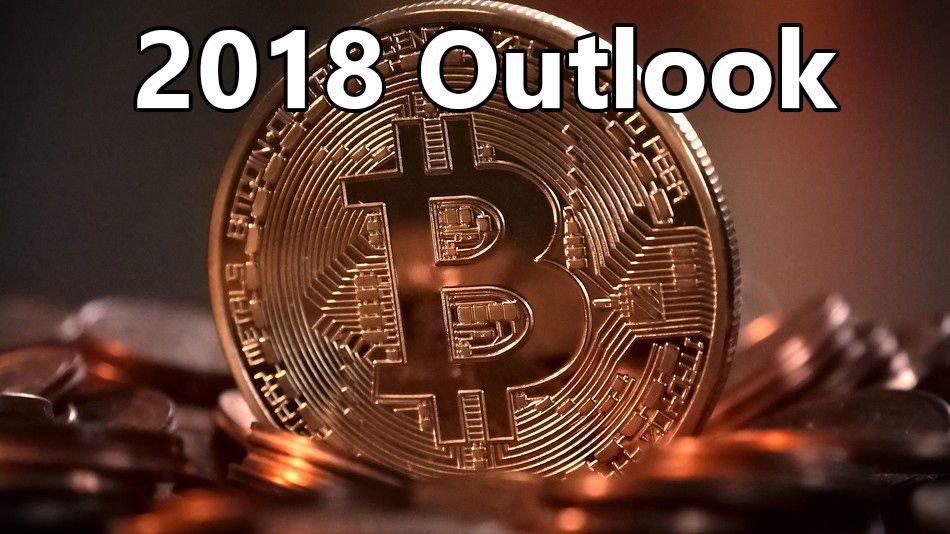 Bitcoin, Blockchain, and Cryptocurrency are some the hottest buzzwords of 2017. Just looking at Google Trends, it shows these words have been frequented more and more on the worlds most popular search engine (Google).

The total cryptocurrency market cap has went from $17 billion to $294 billion in an 11 month time span, about a 1700% increase. Those numbers are unheard of in other asset classes. That doesn't include individual gains made by coins, which some are up over 5,000% year to date (YTD). 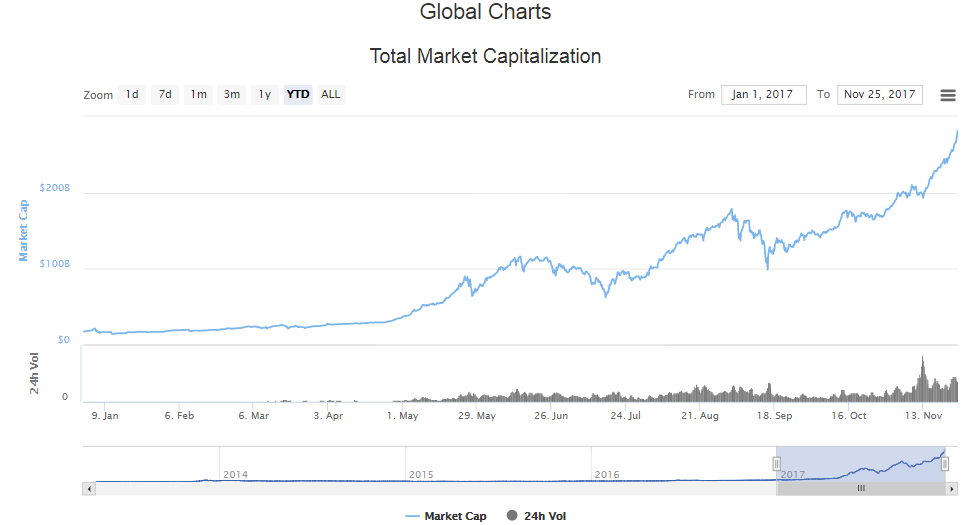 Is Cryptocurrency a Bubble?

Short answer, yes it is. In the last 6 months, the number of coins listed on Coin Market Cap have nearly doubled from around 740 coins listed to 1,329 coins listed as of writing this. Over a long enough time span, most of those coins will go to zero as people don't see value or utility in them. That doesn't mean it will pop anytime soon though, in the grand scheme of things, crytpocurrency is dwarfed by other asset classes. Gold has roughly an $8.2 trillion market cap and the NYSE has a $21 trillion market cap. The markets may seem very irrational now, which they are, but are friend John Maynard Keynes reminds us:

"Markets can stay irrational longer than you can stay solvent."

He could not be more correct. The total crypto market cap has gone vertical after passing through $200 billion. Institutional investors who have been sitting on the sidelines getting more antsy as Bitcoin approaches five figures rapidly. With the CME starting Bitcoin futures during the second week of December, institutional investors will have the downside protection they want to hedge against a crash.

Like the tech bubble of the 1990's, innovations in and around the internet were rapidly developed as investors poured in money into this speculative venture. Many tears were shed once the bubble burst in March 2000, leading many companies that were less than 4 years old to close up shop. But what came with the internet was the ability to send information anywhere around the world in a matter of seconds without the need for intermediaries like a postal service.

What used to take hours or days and many intermediaries, including central banks, now require none. Now anyone can send money across the globe in a matter of minutes, depending on the cryptocurrency you use. This is the first sentence from the Bitcoin white paper:

"A purely peer-to-peer version of electronic cash would allow online payments to be sent directly from one party to another without going through a financial institution."

People are starting to come around to cryptocurrency more now as they realize the utility and the ease of use. Square is even running a Bitcoin pilot program on their Cash App to allow users to buy/sell/hold Bitcoin, but not pay peers with it yet.

Cryptocurrency is forever changing the way we view money and how we send it. Cash isn't dead, cash will still be cash in five years. But the way we send money to love ones now or to pay a friend will be forever changed. Real Time Gross Settlement (RTGS) is here with companies like Ripple providing near instantaneous settlement.

What we are seeing is just the beginning of the internet of value (IoV), and as this bubble continues to grow, it will drive further innovation. When the dust settles from the crash, the projects that are solving real world problems and creating new opportunities will be left standing.

Personally I set a conservative estimate total crypto market cap for a trillion dollars by December 2018. But as cryptocurrency market cap has broken through $200 billion it made a v-line for $300 billion. Currently as of writing the market cap has hit $294 billion, up from the $200 billion mark that it was at on November 12th.

As Ronnie Moas disscused this summer, the "Floodgates were opening". He gave a great comparison to the 1995 Netscape moment when the number of internet users jumped exponetially. Here is his statement:

"Any way that I look at these numbers, my forecasts are looking conservative. It looks to me as though we are at the same point in the adoption curve as we were in 1995 when we went from one million internet users to ten million. The following year the Netscape browser came online and we went from 10 million users to hundreds of millions of users overnight.

I expect that within a couple of years we will have between 50 and 100 million cryptocurrency users -- up from approximately ~10 million today. We only have 0.15% market penetration right now -- if that goes to 2% or 3% we will get to the $50,000 price target that I set at the beginning of July."

Coinbase added over 100,000 accounts between Wednesday and Friday over Thanksgiving holiday. Bringing Coinbase to over 13.1 accounts according to their data. The price of Bitcoin is obviously luring in more potential retail investors who are still unaware of the other 1,300 plus cryptocurrencies out there.

Even at Thanksgiving more of my family members seemed open to Bitcoin and cryptocurrency. It is showing throughout the public as it becomes more clear that cryptocurrency does have it's "pluses". These include divisibility, speed, and deflationary value.

There are obvious negatives to cryptocurrency that range from hackers to sending cryptocurrency, which I still hold my breath every time I send crypto. For anyone who is not tech savvy, it isn't easy enough to use yet, but we are on the cusp of a breakthrough (ex.: Square pilot testing Bitcoin buy and sell on their Cash App) in cryptocurrency which will allow less tech savvy people to come in. Many people didn't know you had to know how to code when you sent emails back in the early days of the internet. Now many people never consider what goes into the back end of sending an email. Bitcoin's movement has been parabolic arc, this is a pattern that comes from euphoria and bubbles. Irrational buying in the public generates a strong rally to push prices vertical, followed then by a steep sell off. At some point Bitcoin will hit it's top, but so far everyone this year has been calling tops at every $100 increment. 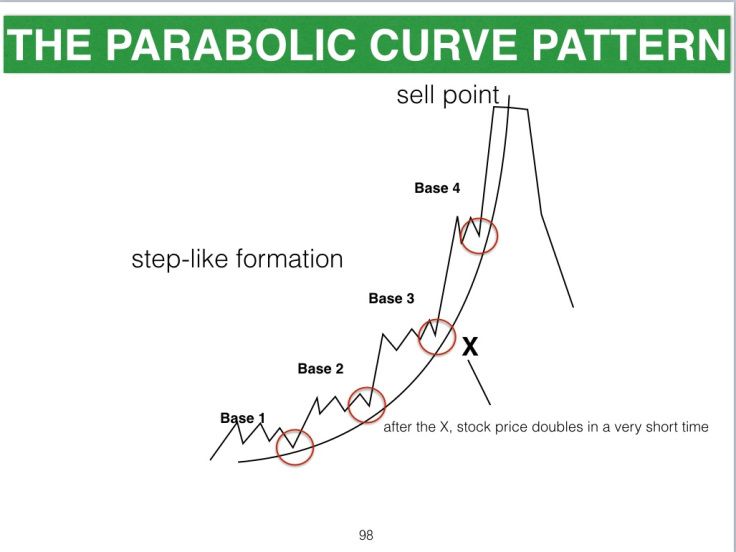 At the current rate, Bitcoin is about to bust through $10,000 by December 1st, that will probably send us into a euphoria phase simply because it's a psychological level. The question we should be asking ourselves is: "What is the catalyst that will cause Bitcoin and the crypto market to correct?" Will it be another Mt. Gox like incident, where an exchange is hacked, no one knows, and that is what you should be weary of. Bitcoin shrugged off the most recent hack of Tether, which I personally thought at the time was going to cause a major correction.

With the soon to be institutional money pouring into the cryptocurrency space, a $25,000 Bitcoin might not be that far off. Trillion dollar crypto market cap could be here by March 2018 at our current rate What is your guys prediction for 2018?

It's embarrassing how new I am to the crytogame let alone on financial management. I'll definitely be on the lookput for more of your blogs. I have no money t invest hence why steem is my only in as an investor. I'm hoping that somehow my programming and tect skills will serve me well in the cryto universe fpr the future as well.

No worries, many people are new to the space! This space is still very new (although it is technically 9 years old). All I can say is take your time and learn as much as possible. The more you know, the better off you are.

Thank you! I put a lot of time into putting out quality content for my readers and internet surfers. I've been slacking a little lately because of finals, but I also am a contributor at Influencive where I have a few articles. Once my finals are over, expect to see quite a few articles from me over the break.