I love the outdoors and climbing in particular. I want to share this passion with you and maybe I’m able to lure you in, who knows? Before we start with the third story of the Climbing Chronicles, let me tell you a little more about the concept.

First and foremost the Climbing Chronicles will be stories telling you about climbing experiences that I had. But they won’t stop there because there is more to it, the climbing lifestyle, the beautiful nature, and the people you meet.

This time I want to show you the climbing at National Park Paklenica, what you can do on your rest days and how beautiful it is actually getting there. Driving from Germany to Croatia is about a twelve-hour drive and quite exhausting in one go. Therefore we decided to take a break in Austria, find a nice place for the night and sleep there. As you can see, the decision was a good one. We stopped at "Gaishorn am See", a beautiful little village just beside a lake. At the lake, there is a little camping ground with an honesty box. In the morning we took the possibility to have a breakfast at the lake. That's the start of a holiday you wish. Well rested we and relaxed we drove the rest of the way to Croatia.

As we drove down with friends that wanted to go kite surfing, we stayed in Nin, a perfect kite spot, for the first week. I will tell you a little bit more about Nin later, but first let's check out the climbing in National Park Paklenica.

National Park Paklenica is situated 30 kilometers north of Zadar and begins one-kilometer land inwards from the Adria behind Starigrad. As it's a National Park you pay an entrance fee which is used to keep up the walkways, pay the park employees and keep the climbing routes in good conditions. Above you see the typical landscape of the cost line of Dalmatia, the Karst. This limestone from the Cretaceous age forms a rugged landscape and makes up for some amazing featured climbing.

A lot of routes were developed in the eighties, with one of the most active figures beeing Boris Cujic. He is also the one responsible for the really good climbing guide which comprehends not only the famous multi-pitch and sport climbing routes but features also the boulders and technical routes available in Paklenica.

As our home area for climbing has porphyry stone the climbing is mostly vertical on small edges and crimps. Therefore the first days of climbing were dedicated to getting used to the pockets, the sharp stone, and the slab climbing. One oddity about climbing in National Park Paklenica is due to it being a canyon that is as narrow as 50 meters. Therefore when you climb or belay certain routes you stand on the walkway for all tourists and there are a lot! So you can expect to get some weird, interest and scared looks! Questions like 'Is this dangerous?' are guaranteed. And you can be sure to be on several hundred holiday pictures! Although some of the routes are more than 30 years old the grip is perfect and it's a lot of fun to climb them. As I said above the rock is sharp, extremely sharp! So you have to be careful and watch your foot placements such that you don't slip!

Another distinct feature of Paklenica is, that you see the walls and think 'It must be impossible to climb this' and then you try and find huge pockets (washed into the stone by the rain) that you cannot see from the ground which make up for perfect holds.

After a long day of climbing, we would come back to Nin in the evenings to meet our friends that were there for kite surfing. If there are good conditions in Nin you might see over twenty kites out on the water, rasing along and jumping around. The best ones were jumping as high as six to seven meters. It is really impressive to watch! The historical city of Nin is a beautiful village built on an artificial island (as if there are not enough islands in the Adria already ;-)) that is connected by two bridges with the mainland. Just two weeks before we came to Croatia there were some heavy rainfalls flooding the area. The water coming from the mainland was stopped at the historical brides of Nin and the bridges weren't able to resist and broke down. Luckily nobody got hurt and nothing else damaged by the water. I hope that they are able to rebuild the bridges soon! Knowing nobody got hurt we enjoyed our evenings in Nin. This included strolling along the beach, getting good food (mainly Pizza, amazing sea food) and hanging out at the harbor. Before this post gets too long, I leave it here for today. In the second part, we will see multi-pitch climbing and some rest day action in Zadar. Thank you for reading this post!

Merry Christmas to you all! I hope you can spend and enjoy this special time of the year with your loved ones!

Hey man! I saw you upvoted my post and that brought me here! I'm glad it did ...

Paklenica is also on my check list but not as a climber only as hiker. I am thinking about it, but my fear of heights is something i still haven't successfully lose. I wanted to climb since i was a kid. Maybe someday?

About Nin ... it's absolutely amazing. Spent my summer holidays there couple of years back actually ... its almost 10 years back.

The third funny thing is ... that i was in Zadar and drove past Nin only 5 days before the flooding.

Looking forward to your hiking/climbing posts! Take care and wish you all the best in 2018. Let me know if you come to Slovenia :)

Paklenica is perfect for hiking as well. You can find a lot of information about it here: https://www.np-paklenica.hr/en/. When you walked through the canyon at the entrance the national park opens up into a broader valley with many possible hiking tours and some huts to stay for the night.

Well, what can I say more about Nin, it's simply beautiful.

If I'm planning a trip to Slovenia I let you know! And it's definitively on my bucket list!!! :-)

Thank you for the tip! For now i am trying to get used to the heights on some Via Ferrata hikes. Starting with easier ones and will try to forward to some harder. I must admit, that i am facing heights much easier when I'm buckled up to the steel cable. The narrow paths without anything secure to hold to are the problem :) So i guess i could try some climbing.

When i was a kid i dreamed about the indoor climbing. But back than there wasn't this option in my town. Thankfully it is now, so that kids can learn this from young age!

Outside of Velika Paklenica in the backcountry of National Park Paklenica, there is a Via Ferrata playground at Vaganac. With a suspension bridge and some interesting climbing. I will tell you more about it in part three. ;-)

Yes, today the possibilities to climb indoors have changed so much and are so easily accessible... It's so nice. For me, it's a five-minute walk to the gym. It couldn't be better, could it?!

I didn't know about the via ferrata there. Looking forward to part 3!

Merry Christmas to you and your loved ones as well! :) Beautiful photos and I too hope they’re able to rebuild the bridges! Thank you for sharing @hato!:)

Actually, it was very interesting to talk to the locals what they thought about how long it will take to rebuild the bridges. Some were saying 'Next year it will be done!' others said 'It might well take a few years...'. Let's see who will be right! ;-)

Haha thats awesome! Its funny... I am curious when they'll be done. Would you be making a trip back there eventually to find out?

Oh yes, for sure! Croatia is so beautiful and the people are really welcoming. Furthermore we have a lot of unfinished business. ;-) Paklenica offers several hundred routes (sport and multi-pitch climbing).

But we have so many plans, deciding what to do next is really hard. And making predictions about when we come back seems impossible.

You've got some great photos here. As one of the editors for @steemitworldmap’s daily #traveldigest, I would love to see this post pop up on http://steemitworldmap.com. If you're interested, simply go to the website, search for your location, click on code (down the bottom) and add a short description. It will then generate the code you need to copy and paste into your post (not the comments) to have it show up on steemit worldmap. There’s also a FAQ section if you get a bit lost.
You can find out about the project here:
https://steemit.com/travel/@steemitworldmap/steemit-worldmap

I'm more than happy that you like my pictures. Thank you!

I added my post to the @steemitworldmap already. I used the possibility given on your website. I added the tag (which is hidden) and it seems to have worked, as I got the confirmation. You added me to your daily #traveldigest. Thank you for that as well! :-)

Did I miss out on something?

Thank you! Nice that you upvoted and resteemed! :-)

Yes, kitesurfing looks like a lot of fun and it's amazing to watch! As it's hard to learn and requires a lot of skills it takes quite some time to learn it! Up to now, I didn't have the time to, but it's definitively on my bucket list!

And climbing, it's the best! You can constantly push your limits, either physical or mentally! I simply love it!!! 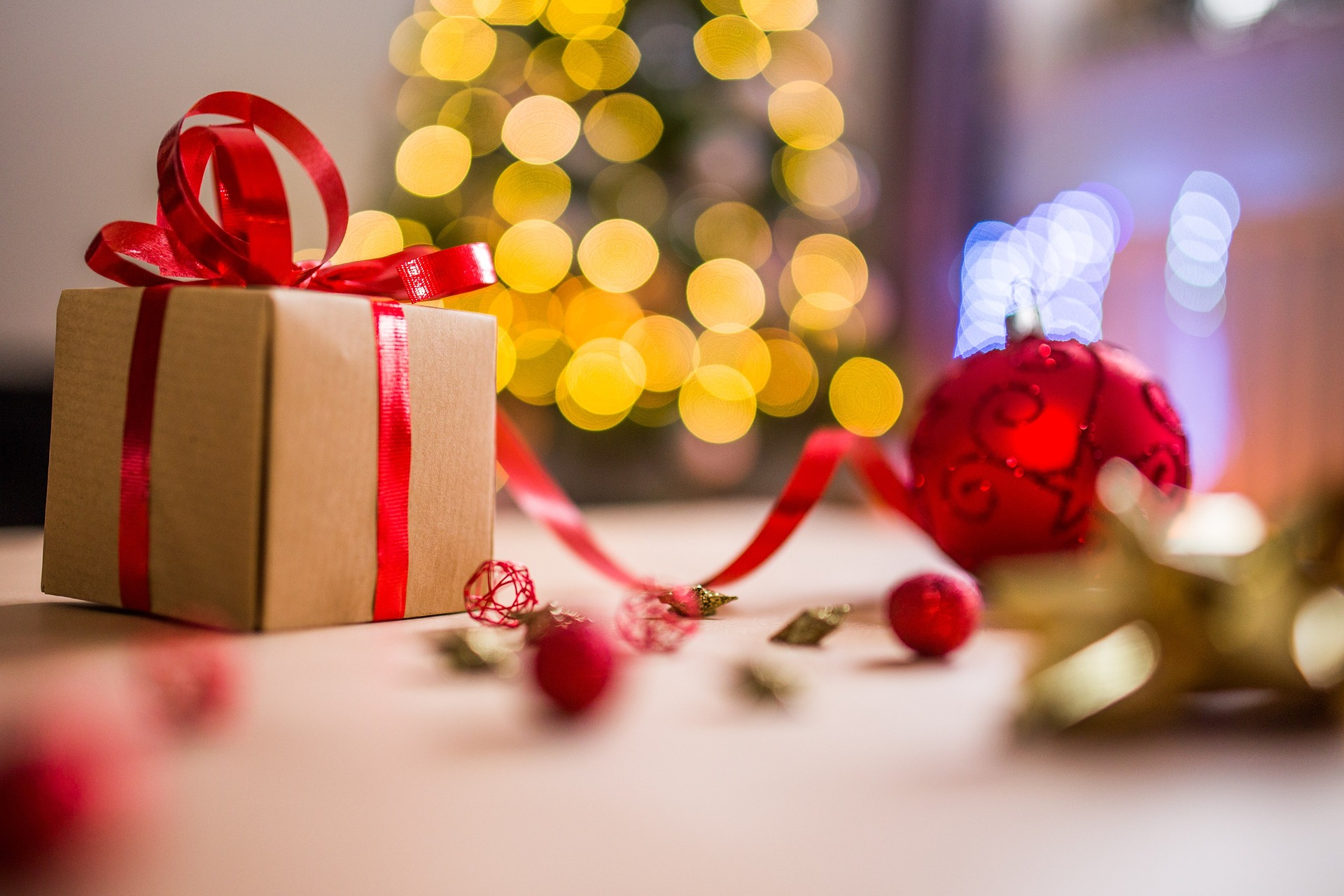 Thank you for sharing your experience.

Oh how sad, hope you get more soon I want to go to a beautiful nature