My Time as a CNA: Trials and lessons from the healthcare trenches

I haven't really reflected on my time as a certified nursing assistant, at least not on paper. Sure, I have spent a many a time in ire, questioning the very facet of my profession. But, I have also spent most of the time loving my job, bringing care and comfort to patients.

Any fellow CNA is probably nodding their heads right now. They understand the daily struggle in the life. Staffing so short it's neglectful, nurses who won't lift a finger and would rather watch you do their job. Residents who think you're their servant and refuse to do anything to help themselves. Instead, wallowing in their bed, an abyss of helplessness.

We are also familiar with creating a connection to our patients (as corny as it sounds). It is true though, you get people at their most broken, most vulnerable and you have the opportunity to help them. The opportunity to make your patient feel a little human again, because being sick is scary. When someone is approaching the end of their life, or they are no longer to live the way they use too, it takes something. They lose mobility, family, friends, socialization, their entire life changes. It brings back some of humanity that this world can sometimes take away. You see directly the impact and what you mean to other people, some people say CNA's are underappreciated, we are in some regards, but not from residents, not from patients.

It isn't just about mindless engaging with patients to make them feel better, there is a lot to be gained. Whether it be perspective, advice, or just experiences they've acquired over the course of their life. I know I have taken away a lot during my stint. It makes you appreciate your life, a near daily reminder of how lucky you are, simply to have your health. I have heard life stories that have altered my opinions. Reflected on my own ignorance as I listened to a war vet describe his deepest horrors. I have laughed outrageously at some of the quick wit and dry humor from those I least expect. Amazed and inspired by the positive outlook in the toughest times. I have been moved by some of the care and compassion residents have bestowed upon me. I've been adopted into many families; I have had a women change her heart after a lifetime and give me smooch in front of her racist family. I have received nearly as much as I have given in this industry and that is not something many can say about a profession.

My time in the Nursing home

This was my beginning. A sophomore in college and eager to put my license to work, I got a job at a long-term care facility in the town next to campus. We accepted a wide variety of residents. Patients unable to live without constant care, dementia, surgery, hospice, disabled, we helped a wide spectrum. I was pretty green when I came into it. I had never held a healthcare job, but I was ready excited and ready to learn. Oh.... and did I.

There were many a time in the first few months where I was sweating buckets, running from one room to the next like a chicken with his head cut off. Call lights flashing up and down the hallway, each wanting the bathroom or transfer. Spending an excessive amount of time in each room, scatterbrained over how to transfer a person or get them to a bathroom. Trying to pull your weight on the hallway so the other CNA doesn't start the gossip circle you're slow and suck to work with. The battle of managing all this, while trying to learn and engage with residents; It was a learning process, but I developed routines and habits that have served me well. I was lucky to have a good trainer.

The nursing home is a great place for most people. I felt almost everyone was doing their best to make the experience living there the best possible. There are many frustrations in the profession, but I almost never got the impression people didn't care. There were planned activities and social events. There were different options of meals for residents, and we tried to cater to every request within reason. The unfortunate thing about the nursing home is people die, and as much as we can try to bubble wrap the experience, it is saddening. By the time I left, most the rooms I could name who died there. People get to a certain point in their age or ailment, where life stops being life and it becomes existence. They exist to exist, and it is a disheartening thing to take part in. I've seen people go six months without saying a word, barely moving except their eyes. They sit in a room for the entire day except for meals, where food is nearly forced in to keep them alive. At times you would like to think they are blissfully unaware of their existence, but when talking to them and tracking their eye movement you realize they aren’t. They are trapped in their own bodies like living ghosts. Unable to communicate, pain, thirst, hunger they are trapped in what I could only imagine would be living hell. Forced to stay alive for what? For their families' sake? The sake of money, religion? What prevents us from allowing people to move on once they reach a certain stage, if they so choose to give permission?

I have watched residents decline, mobility inhibited, mind slowed, and bodily function cease. People on hospice who lie in bed for days, not able to eat, drink, or communicate, regulated only to breathing. Pain screaming through their eyes as you clean them after an intestinal bleed. Spending days and nights bleeding a soiling themselves as they slowly pass away. Every day, calling the family to say they are passing, only to have them cling to their tortured body for longer. The stench of death unmasked by aerosol. I wouldn't wish our treatment of the dying on my worst enemy, but I'll save that topic for another post.

My time in the hospital I look pretty serious, but I think I was trying to look cool or something

I have loved working in the hospital. The staffing is better, the workload is manageable and there is more respect for the aids. The nurses assist more, and supplies are stocked readily available. I enjoy the professional atmosphere, the better pay/benefits, and the variety. The level of care in the hospital (at least mine), is above and beyond. Call lights are answered within a minute, and I've never had a shift where a patient has been waiting over 5 minutes. Every accommodation is accounted for, and that is much due to the consumer drive in healthcare. Shows how much we care about the elderly though.....

There are equally amazing patients in the hospital. The unfortunate aspect of the hospital is the number of patients who neglect themselves and that is the reason they are there. How abusive and neglectful people are of their bodies baffles me. They are so gluttonous or lazy that they cannot be bothered to make any lifestyle changes. They simply except medicine to solve their problems. They then complain constantly about their condition and I can't help but not feel sorry for them in the slightest. I wish this industry had an avenue for being blunt with patients, because they need it sometimes, but there is such an emphasis on customer comfort. I have many a time wanted to say what I really thought when someone with unmanaged diabetes gets their leg amputated. They then have family bring in fast food, drink copious amounts of soda and disregard doctor's advice. Only to complain to me about how unfair it was and how frustrated with everyone and everything except themselves.

I guess that is a condition too many people have though.

I should also note how being a male in a female dominated demographic is. Ah, that's another post probably too.

Well I guess that is a sample of my time in healthcare, it kind of turned into rant at points and I wish I could give more specifics, butttt HIPPA. Peace Steemians,

Wow, this is very eye opening and a great post about CNA, which I've never really thought before.
You're doing something that I don't think I can do myself and that is always impressive to me. You also have a way of writing that draws people in.
Thank you very much for enlightening me about this subject :)

Thank you very much, that means a lot that you enjoyed the post and took something away from it!

I think one of the most shameful things about western society, or at least in the US anyway, is the way we treat our elders. The vast majority end up in assisted living facilities, out of sight and mind from family but for the occasional visit. Interesting to hear from your perspective on the inside, and sad it is pretty similar to the way I view it from the outside. Great post - thanks for sharing your story, and I hope you tug on a few of the threads you dangled as possible follow up posts. 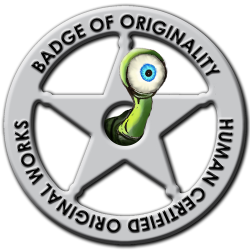 Thanks for being an original and creative content creator! You rock!

Thanks Carl! It is really a sad thing and I'm glad you see it that way, a lot of people don't recognize that, and yes I hope to follow up in the coming weeks and address some of the things I couldn't in this post.

I did homecare and it was lovely. Then I got a job at the Veterans Home, which was a regular nursing home, except mostly men, and I was slow and not very well adapted to the pace. My partner, 30 years my junior, carried me and taught me. The worst thing was how cruel the cliques of aids and nurses were to work beside. I liked your blog.

Thanks! Yes, that is the worst part. I was lucky to be on the pm shift so it was college student heavy and the drama was less, but when I worked days it was a backstabbing cat fight. I have never done homecare, but have heard such good things about it.

Congratulations, your post received one of the top 10 most powerful upvotes in the last 12 hours. You received an upvote from @hendrikdegrote valued at 65.41 SBD, based on the pending payout at the time the data was extracted.

Congratulations @diezeldiddy, this post is the second most rewarded post (based on pending payouts) in the last 12 hours written by a User account holder (accounts that hold between 0.1 and 1.0 Mega Vests). The total number of posts by User account holders during this period was 2612 and the total pending payments to posts in this category was $2256.99. To see the full list of highest paid posts across all accounts categories, click here.

Thank you very much! I hope I can continue to bring good post and conversation

Thank you, it is nice knowing people enjoy my writing.