Thirty months ago Cryptonomex rode off into the sunset after releasing its open source Graphene library under the MIT license to the various projects that adopted and extended it (e.g. BitShares, Steemit, MUSE, Peerplays, PLAY, GOLOS ... and eventually EOS). But ever since that time there has remained one nagging legacy connection - ownership of bitshares.org where we first announced with awesome wonder the release of Graphene. We didn't mind paying the nominal cost of keeping it registered and left it in the hands of the community to maintain. That worked fairly well initially, but in the past year or so it fell into a nearly abandoned status. We wanted to stay uninvolved, but chafed under these nagging problems:

So, we decided to hand off ownership and control to someone who would take good care of it for the community. We think apasia.tech is an excellent choice.

So, with this handoff, Cryptonomex severs its last tiny connection to the support side of any of the blockchains derived from our revolutionary software - software that now processes two-thirds of all public blockchain transactions in the known universe. Maybe this kind of information will start to get out there now... we have a track record! We, of course, will continue to be active in encouraging others to adopt these decentralized accounting platforms and working to provide new solutions and services for the Greater Graphene Ecosystem.

Why not check out the new site? It should be up in a day or two.
And check out Blue Rock Talk with Connie Willis, where I just made this Breaking News Announcement.

Meanwhile, you might want to visit the old website for one last time.
bitshares.org. Here's some nostalgic music to accompany you...

Ninety nine dreams I have had
In every one a red balloon
It's all over and I'm playing possum
With this site that once was awesome
If I could keep a souvenir
Just to prove my team was here
And here is a red balloon
I think of them and let it go... Why not the Bitshares foundation instead of Apasia? Surely a non-profit somewhat community controlled organization is more suitable than a for-profit company?

The profit motive leads to excellence every where it is tried.
We have not had excellence at bitshares.org for a long time.
It's the classic tragedy of the commons.
No one wants to spend their own money on a common asset.

Others are free to build alternative web sites about BitShares.
That is the way to decentralization.
When you say that one site is "official" you are centralizing around it.
That way leads to the dark side. 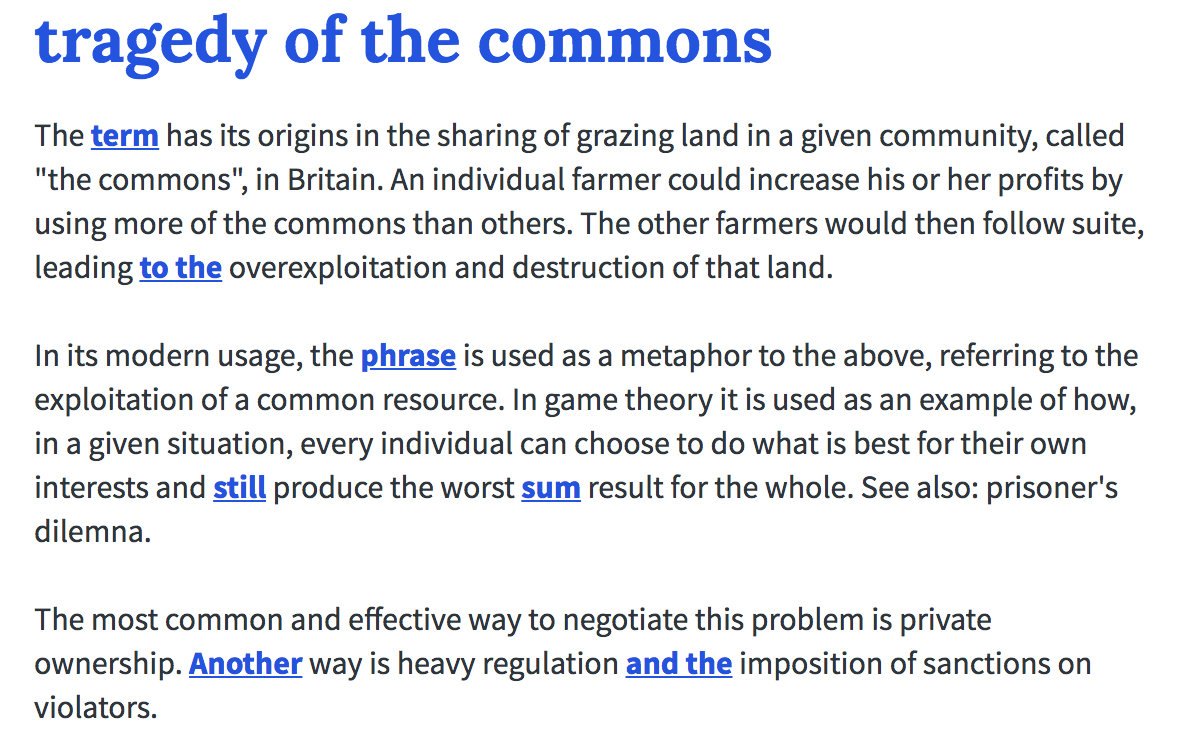 Check out my interview with Crypto Connie on Blue Rock Talk.

The Foundation will have its important role to play in gaining acceptance with The Powers That Be.

BitShares.org will salute that effort without compromising the ideals we have expressed since The Fourth of July and Guy Faux Day, 2013 Honestly this move makes zero sense to me.

Apasia is very new in the Bitshares community, they're not an active committee member nor an active witness, they're a for-profit company and the community wasn't involved in this move at all.

Given that bitshares.com was valued at $200k, was there an exchange of money for the transfer of the most important bitshares URL?

Nope. It was a simple gift of property belonging to Cryptonomex. It made great sense to us, which is all that is required.

"They are willing to do this at zero cost or personal gain" It's naive to state that there's no personal gain for apasia with this move - owning the primary bitshares domain is massively valuable, especially the web wallet revenue streams and potential for network disruption.

Now that is impressive.

Equally as impressive, is I watched the video from earlier today and you managed to keep Connie off camera....I would venture to say that is another first. 😁

It is always uplifting to see your posts. Pricing action can really test a person's belief in a token. Bitshares and STEEM both have been hammered (along with everything else). What is trying is we all know these two blockchains have more going for them than anything else on the market. There is a reason why they have 2/3 the worlds blockchain transactions yet the world prices them like they are just another token.

Oh well...at some point the crypto world will wake up to what is taking place. When that happens, we are going to see a massive run because the development and actions of people involved are enormous.

No doubt, im stunned at how many people don't know about this Exchange. I try to do my part on commenting on Twitter and YouTube, but I hope some of the new voted allocations of capital will go towards marketing the site...just a great service and community

I am a believer that flying under the radar is not the worst thing in the world. As much as I want the price to go up, it actually is best to do things without a ton of attention. With technology, there are always bumps in the road. Working out the bugs with only a few people watching is much better than doing with millions.

That said, I am still surprised more people havent latched onto it. With things such as blocktivity out there showing the horsepower of both these blockchain, it is truly amazing that the masses seem to be missing it.

Here are two blockchains that are operational, processing a ton of transactions, and provide real world solutions, yet people put money into stuff that is still in the process of being developed OR encountering major challenges.

Sooner or later people will wake up.

So true....when you think about large institutions and money managers, they look for use cases and working projects. I can only imagine the interest once more investors hear about this...no wonder Weiss Ratings gave it one of the highest grades...many people wanted to kill them for some of their grades...but they look at these things for their investors...make no mistake about it...large investors including hedge funds subscribe to Weiss to help them make decisions...it's crazy , i see so many people online talking about the DEX's and they haven't even heard of Bitshares or don't realize it's just like the other exchanges, but with more features...cheers TM

The power of negative FUD. But it only ends up denying the DPOS deniers a chance to get in early and that just means they won't even be part of the crypto community in the long run.

I have nothing against apasia.tech, but I think you should have gifted it to the foundation. Hell, I think most of us would have supported a WP allowing you to receive fair market value for the domain. This whole post looks like a kid put it together. I don't think I'll ever understand what motivates you. You jump from project to project, everything halfway done. I hope apasia.tech sees the merit in continued planning throught the foundation. With the latest core initiative, we now have a fully funded UI and CORE team. All we need is marketing to have a leader at this point.

You are correct in saying that what motivates me is complex.
Most people have no idea the factors I must take into account.
Sometimes we must take a rather circuitous route to our objectives.
...and "no battle plan survives first contact with the enemy."

One of the lessons my granddaddy taught me is that you plant more seeds than you need because many of them will not even sprout. There's an old farmer's saying: You are like Dr. Seuss without a book deal.

That's perfect Stan... excited how things are going on for Bitshares in 2018 ! I think it will be awesome. Keep doing this great work ! OMG 99 Luftballons that's cool :)

Yes apasia.tech is an excellent choice
APAsia.Tech is an expert IT organization managing in oversaw facilitating and web administrations, situated in Thailand since 2014. All in all, what wound up occurring among our joined gang? Some eager, full stack engineers and administrators by day, got together and progressed toward becoming crypto-enthusiastic envoys by night. Like a skunkworks group, things met up around the APAsia.Tech open air fire over brews and ribs. We as of now have the full stack advancement assets. We had blockchain extends live and others coming, as side-ventures. Having as of now prototyped stages and coins for quite a long time of exchanging – and dissatisfactions – for what reason not get associated with the decentralized business eco-framework?

I love the caption you gave this article ' bitsshares.org gets a new facelift deserving of where the company stands today amongst it's competitors even though in the cryptocurrency they are much less seen as that. But yet giving your brand a new face is a right move to stay ahead in the market

Glad to hear the good news from you, hopefully that person can carry out all the responsibilities.

Do you have any specific DEX on your mind? – EOSFinex, what else?

Yes, I had EOSFenix in mind!

But it would be great to hear from @stan (and others in the know) what his thoughts are about this!?

What if there are other upcomming DEX, will BTS DEX be on top?

I thought bitfinix will become EOSFininx

I also very interested in what will be with Bitshares, if EOS successes? Can someone comment on this?

I can't wait to see the new bitshares.org website. I keep checking everyday so hopefully it is soon. As a side note the "Forum" tab does not work anymore. Thanks Stan for all that you do for BitShares.

"Thou wast perfect in thy ways from the day that thou wast created, till iniquity was found in thee. I love this reference.

Finally seems like bitshares has got that catalyst which will take it to the next level after so much time glad to see this post :D

Awesome post. You killed it with the song. Made me reminisce.
Big upvote!

With all of the seeming 'inactivity' in the foreground, it's good to know there's a lot going on to keep this asset alive.

I remain optimistic in the midst of -UD that eventually BTS will be like the pasta when tossed on the wall.

I suppose this supports @scorer's comment that BTS will remain on its own; and, not merge with EOS.

Thanks for the much needed update.

I really like your post because it can make me inspired in my future posts. Thank you sir @stan

This is a remarkable thing. which makes many people smile.