My defence of 'The guy that spent 10,000btc on two pizzas', in honour of the anniversary

fiveboringgames (63)in #bitcoin • 2 years ago (edited)

Ok most of you have heard the story, but just incase you havn't. On the 22nd May 2010 a user on the bitcoin talk forum offer 10,000btc if someone would send him two pizzas, which they did. At the time this was about $25 (not as easy to cash out then) but of course today it is worth, as of writing this, $79,000,000. This is recognised as the first time bitcoin was used to buy something and is celebrated yearly as pizza day. 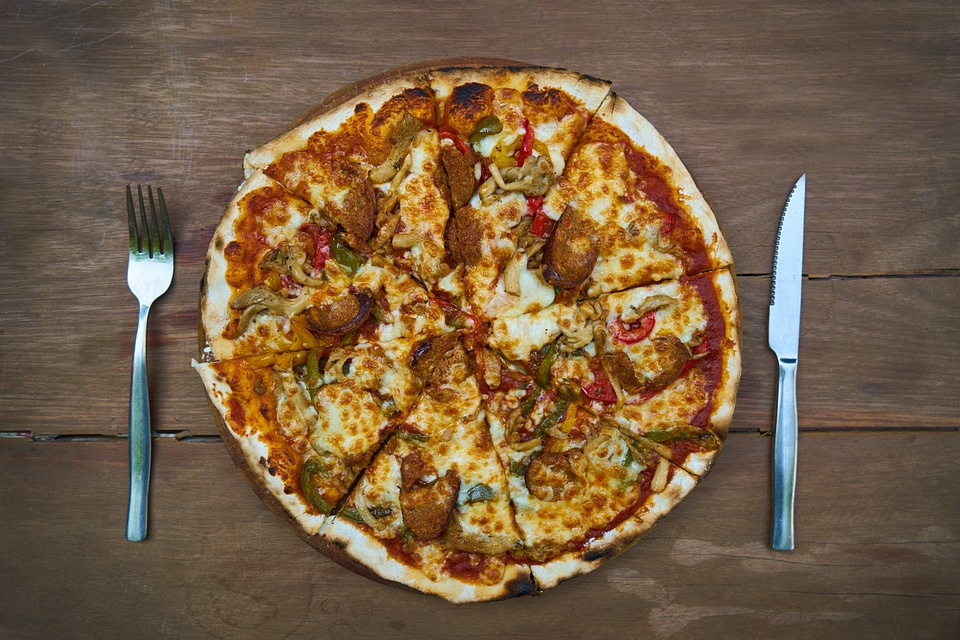 One of the reasons you have likely heard this story is that it is brought up as an example of wasting bitcoin or as a cautionary tale, as in imagine if he had of just held on to them. These arguments annoy me for these 2 reasons.

We all wasted bitcoins

As bitcoins can be exchanged for money every time everyone of us bought a pizza we could of instead used that money to buy bitcoin instead.

That expensive pizza helper make bitcoin what it is today

The goal of bitcoin is to be a widely used currency and up to that point no one had bought anything with a crypto-currency. On that day in 2010 'Pizza Guy' changed that. Today there are millions of purchases a year that use bitcoin and with more and more vendors accepting it that number is expected to grow rapidly.

So next time someones uses 'Pizza Guy' as a cautionary tale, stand up for the guy. Mind you he probably had atleast another 10,000btc so don't feel too bad for him.

If everyone hodls, it won't help us grow. Bitcoin is electronic p2p cash. That could even make the case for Bitcoin cash.

We need usecase, we need people to use Bitcoin, accept bitcoin.

Although I do see it as possible that bitcoin's use cases may be something other than a day to day currency like what is used to buy pizza.

But what is the purpose of Bitcoin if not p2p cash? Why would it have any value as "digital gold"? What's so unique about it? There are hundreds of better crypto currencies. Why cant they serve as digital gold AND payment, AND utility?

What about the protocol coins like eth, eos, aion, steem etc. Now these are digital gold. they even pay divided, give airdrops etc. Thats what you want to hold.

Sure, we need a crypto for payment..and that was supposed to Bitcoin. Right now, it is not.

why is gold more valuable than silver etc? Via side chains can bitcoin mimic the utility on eth and other cryptos?

As I said it is 'possible' that bitcoin's use cases may be something other than a day to day currency. I didn't say how likely it was. personally my bet is on ethereum.

Gold is more valuable because of scarcity. There is about 17 times more gold than silver, therefore the famous gold silver ratio of 1:15-1:17 throughout history. Unfortunately silver is not valued as high anymore, and the ratio is more like 1:50 today.

Then there is the color of gold. it does not oxidate in the same way and give patina. Silver darkens in color over time. Gold does not.

Also some psychological and historical factors, but most of the reason is golds scarcity vs silver.

Bitcoin is not scarce. Because anyone can make it better, fork it, or just make another crypto currency that is scarcer.

Its the usecase that is important with these things. Sure, we need cryptos to be a store of value as well..but if there is a crypto that has way more utility than bitcoin why not use that as a store of value?

A store of value of what? What is the value that you are storing, is what you must ask.

After the introduction of Fiat currency gold became a store of value because you could keep it out of the hands of the government. And if you had to flee you could bring gold and silver with you to another country and therefore also your some of your wealth.

What you seem to forget is that this will happen naturally since Bitcoin gives more value than the slow regular Banks. That will say this will solve itself over time. It has a usecase. People are using Bitcoin more 2018 than 2017. So there is no issues here.

Are people really using Bitcoin more in 2018 than 2017? Any statistics on Bitcoin, BTC usage growth in 2018? I dont see why they should use it as fees have skyrocketed? Right now the fees are lower I suppose, but that's because fewer people are transacting.

But I would like to see the growth, or lack of it, of Bitcoin usage..

User fees? A few cents per transactions haha. Big deal. Bitcoin is the new Gold to store value for the long term! It's mainly for high level investors. It's pretty obvious that the more people that use something or talk about something in the media the more it will be used. And it's pointless to look at graphs from 1 year to another. Graphs are useless in that regard. You have to look at 5 year timeframes to get some real understanding where things are going. Clearly more people are using their phones and clearly Banks are slow and outdated for transactions and they take way higher fees!

Also you have to understand that the Fiat currencies devalues everyday because of something that we call inflation. So it will always be worth less until it becomes completely useless. This can not happen with Bitcoin since it comes in a limited supply. Just as Gold. That will say it's a scarce resource/asset. That will say the demand for it will go up as time goes on. Will probably hit 5 million US dollars eventually. But then you may not even be able to buy a house with 5 million US dollars.

A few cents now yes, because no one is transacting..What was the fee in December? Yes, Bitcoin is scarce, but so is my Token poopshitcoin which there are only 1 of. I made it as an ERC20 token. Very scarce. But what is its value? What gives it value? It's scarcity?

To be "taught" by a teenager what inflation is really sets the bar :D lol. "Because of something we call inflation"..wow..applause. Just making you aware that you are acting very patronizing when you assume I don't know what inflation is.

However, if you wrote like that "something WE call inflation" like a little douchebag you did that just to be a douchebag. In which case I will give you the finger and hope you learn some manners in the future. Because I sure wont be teaching you manners! :D

So just because the fee goes up 1 month out of 120 months that is a big deal? Please. It went up since the demand went up. But that is not the normal state of Bitcoin. People use value and it has big players behind it. That gives it scarcity and value. People know about Bitcoin and it has proven to be a hit. 😃

What you say makes no sense..is it even an arugment? For what?

Fees went up to absurd levels (60$) In January when prices were 18-20k per Bitcoin. Now, almost all interested in Bitcoin has dissapeared and the fees are still stupid high ($1,5USD) You also remember what happend back then? People stopped transacting bitcoin and sending bitcoin because there were long queues and high fees.

People stop using it and yes, of course fees fall. So that is the normal state of Bitcoin in your opinion? No one using it. Ok. So why has it value again? Its a coin that no one uses and is scarce. Just like my shitpoopcoin :)

Its pretty obvious that you are shilling Bitcoin. You don't answer questions, but repeat some bs. There were more than 400,000 transactions per day in December, and today there are less than 200,000. So you are lying about Bitcoin usage going up. Its falling like crazy.

The normal state of Bitcoin is that it cant scale properly. Steem has zero fees and no clogged up transactions.

Bitcoin is the new Gold it's just a store of value. It's not a competitor to Steem. "No one is using it" is logically incorrect. As I already said it has value because it's backed by people that has invested lots in it. Bitcoin doesn't need to scale. It's still scarce. Same as Gold doesn't need to be moved around.

i second this point of view. definitely we should be celebrating the guy and not use his tale as a cautionary hodl story.

But let's be real. Nobody needs 10,000 BTC. That would be greed on the highest level. We need more selfless action and less hodl action. More caring and giving and less holding back.

I lost 2BtC to a site that crashed because of inactivity

Congratulations @fiveboringgames! You have completed some achievement on Steemit and have been rewarded with new badge(s) :

Group Phase - Sweden vs South Korea
Click on the badge to view your Board of Honor.

Congratulations @fiveboringgames! You have completed some achievement on Steemit and have been rewarded with new badge(s) :

Congratulations @fiveboringgames! You have completed the following achievement on Steemit and have been rewarded with new badge(s) : @fiveboringgames, sorry to see you have less Steem Power.
Your level lowered and you are now a Minnow!