This Church is called "St. Mary Magdalene Church of Kawit" in the Philippines. The construction of the church started in 1737 which is one of the oldest in the Philippines. During the Spanish Era the town of Kawit was frequently visited by Spanish soldiers and was becoming the red light district in the area. To remedy the situation the church was dedicated to St. Mary Magdalene . 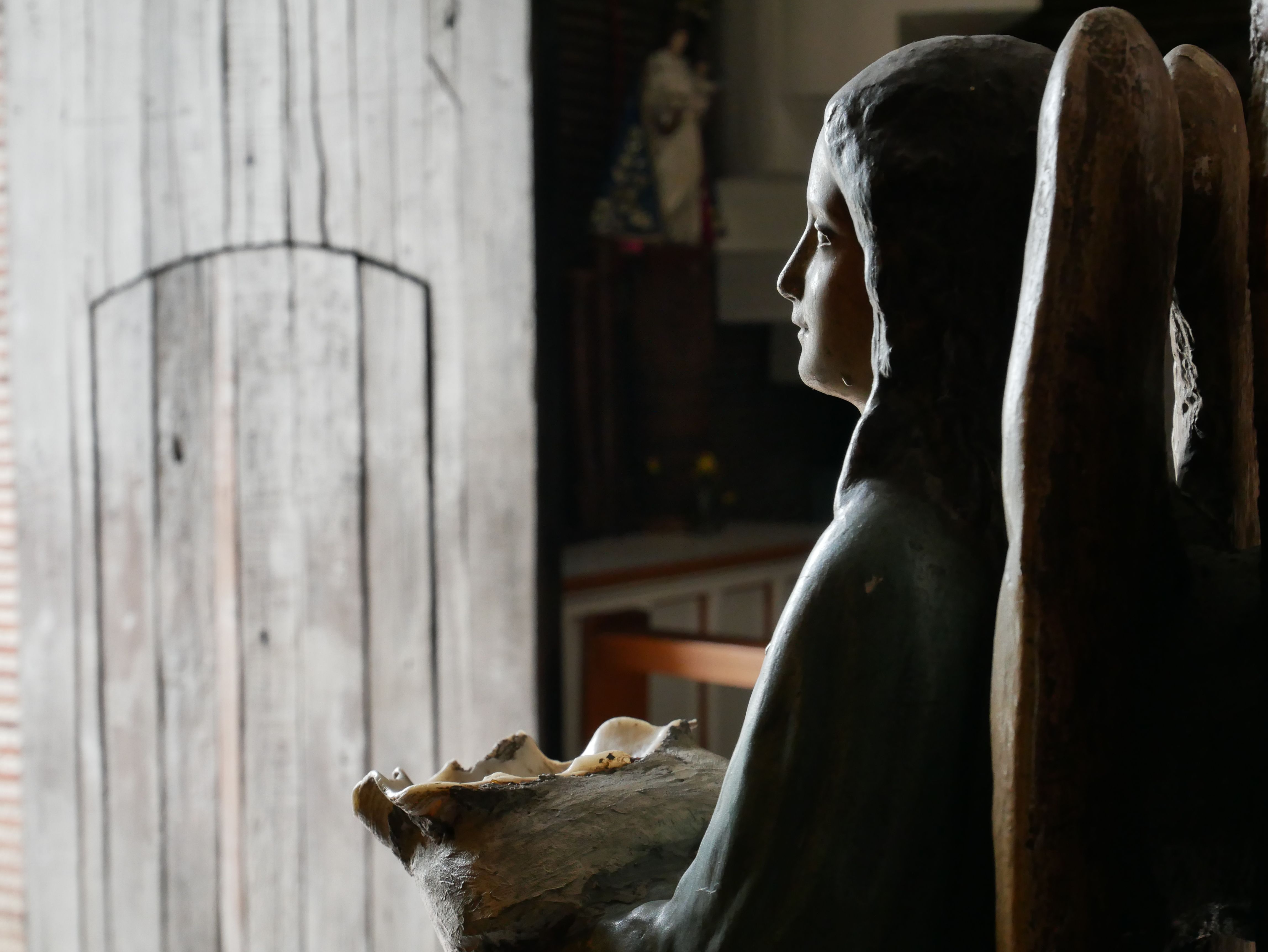 The holy water altar greets the church goes with a basin from a giant clam shell. 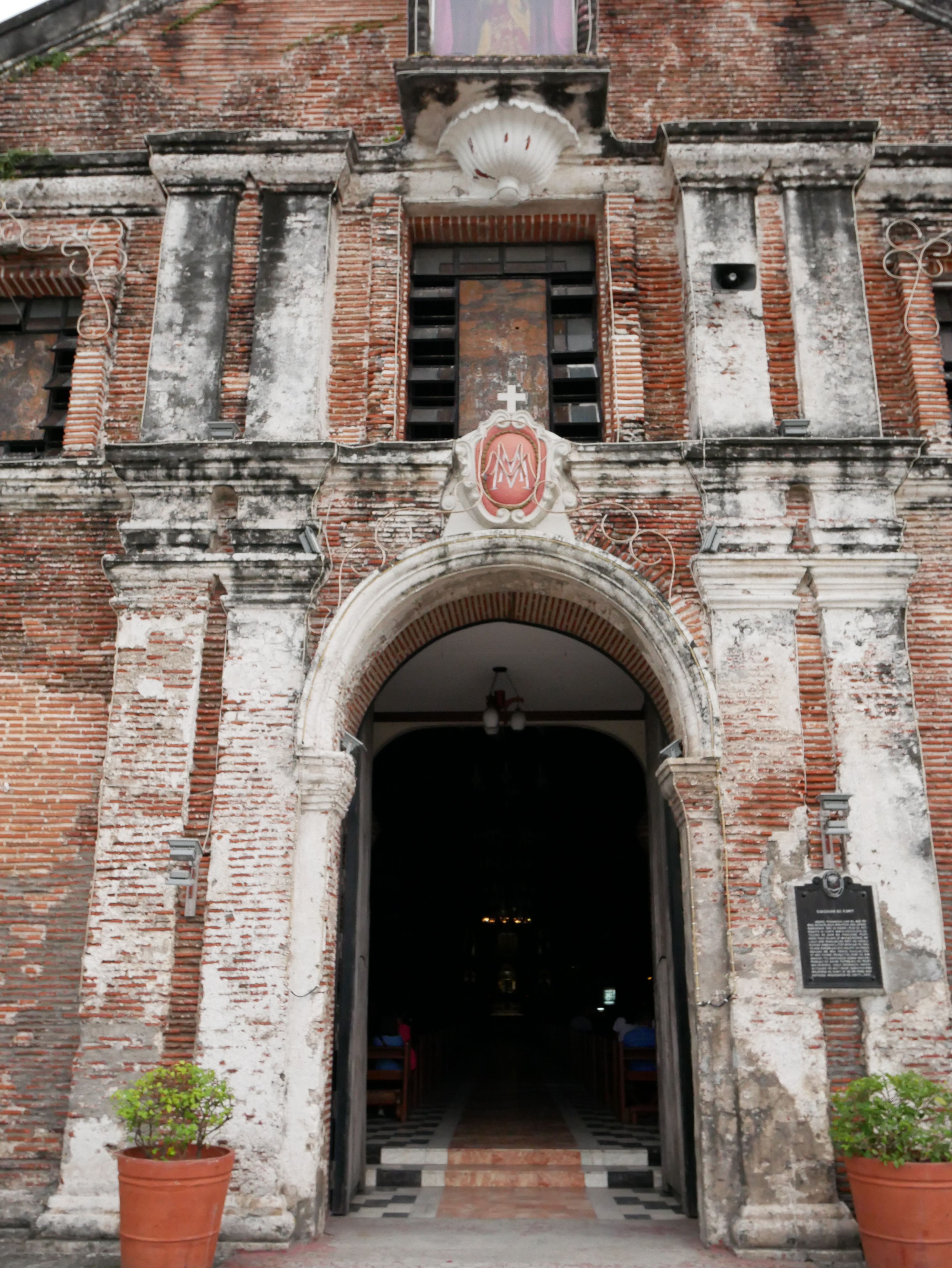 We can see the age of the church with the patina on the brick walls and plasters. The church endured bombardment during the war and earthquakes. The are still portions of the church where we could still see these scars. The interior is also stained with patina on the brick walls which brings out the character of the place. The ceiling is also decorated with lacquered wood which is very beautiful. 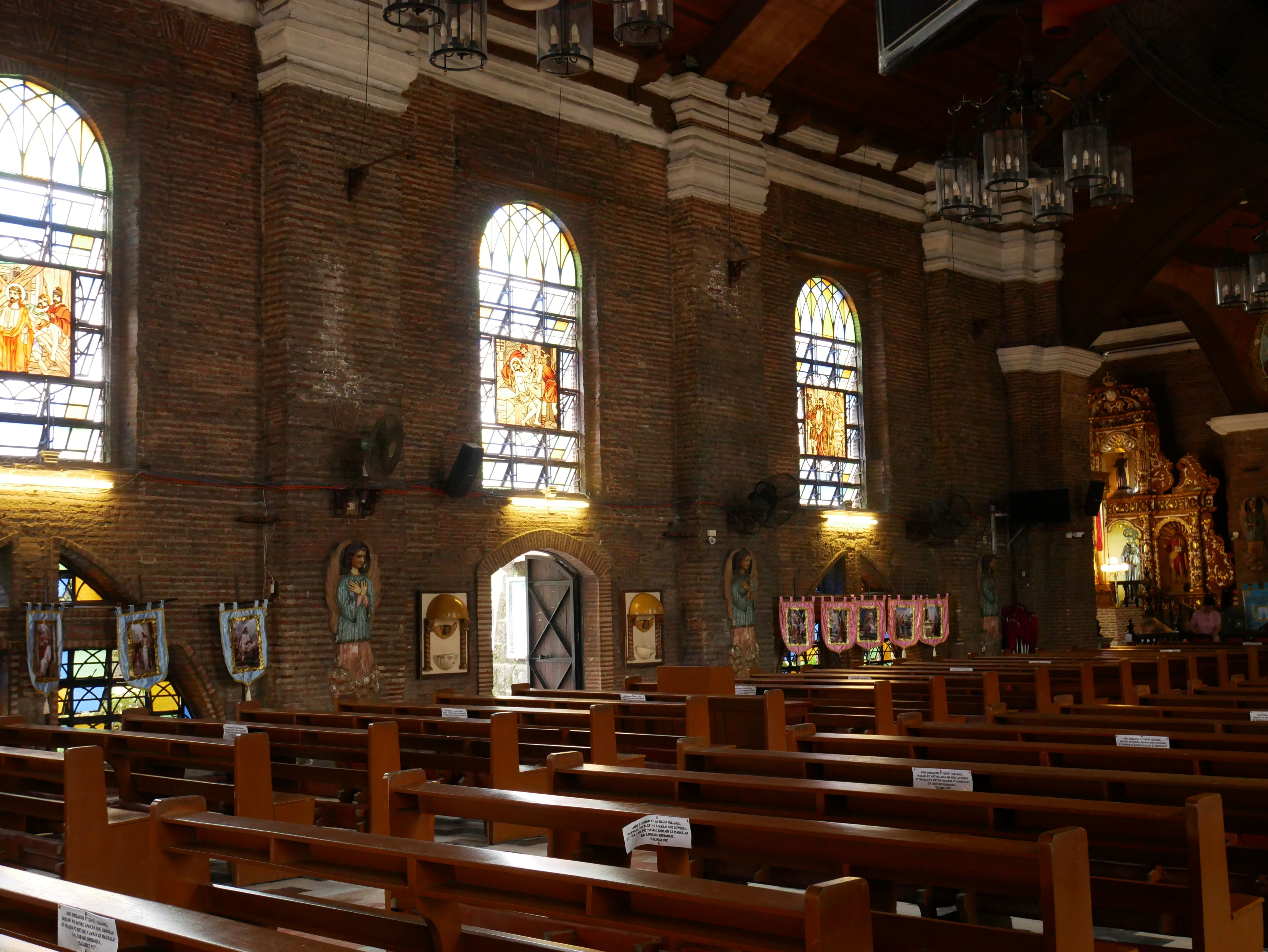 In churches that I visit the stained glass is what fascinates me the most. In this church there are fourteen windows with stained glass each with beautiful artwork of stations of the cross. Could have made a better shot if the sun was shining thru would have been spectacular but it was a bit cloudy today. 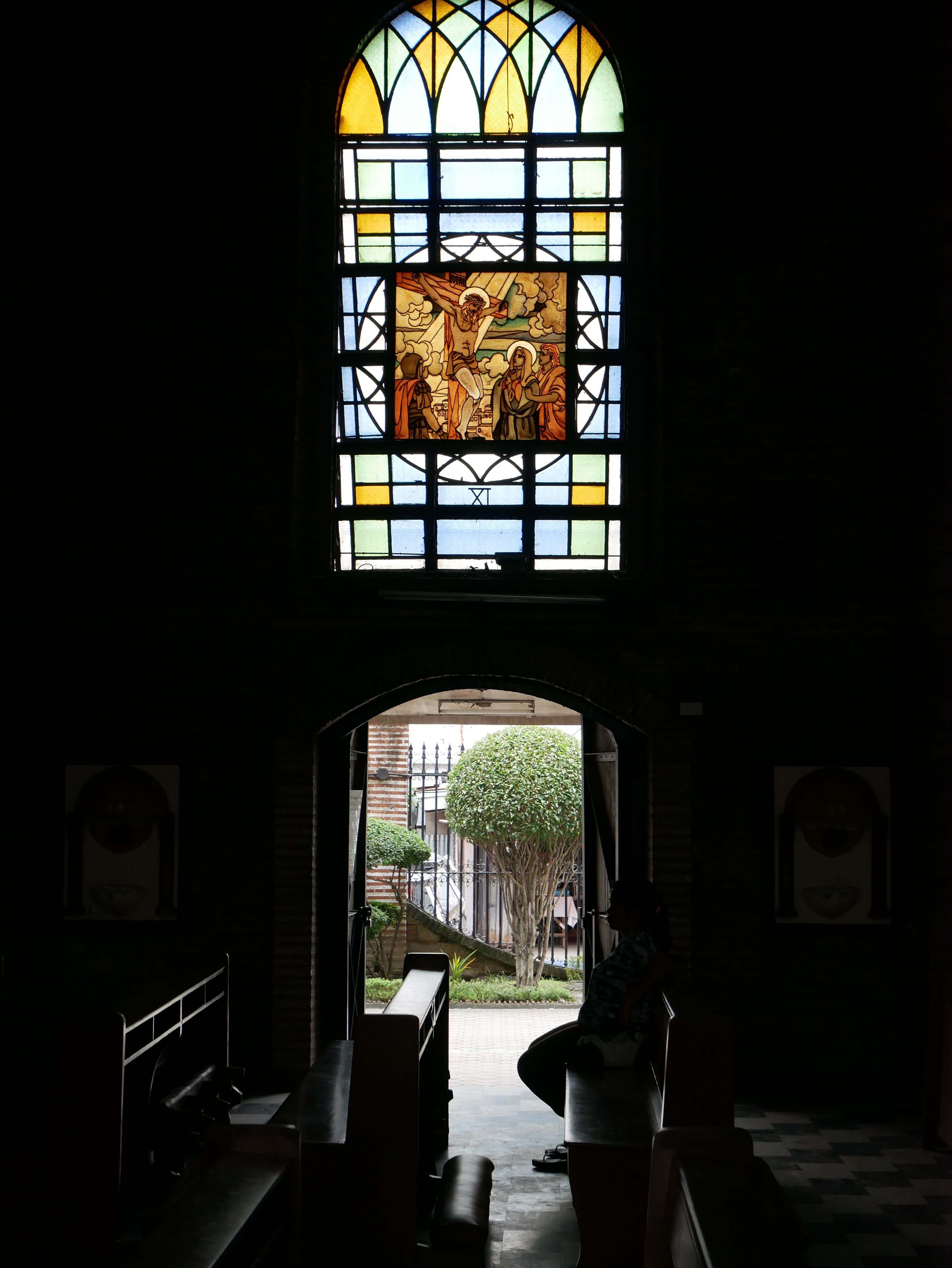 The altars are also magnificent in this place. I see them as depiction of saints in artform. I wanted to get closer to get a better shot but was hesitant as there were people praying at that time. I was a bit worried that some may think of it as disrespectful but this is something I should ask about as I am looking forward to cover a lot of churches in the future. 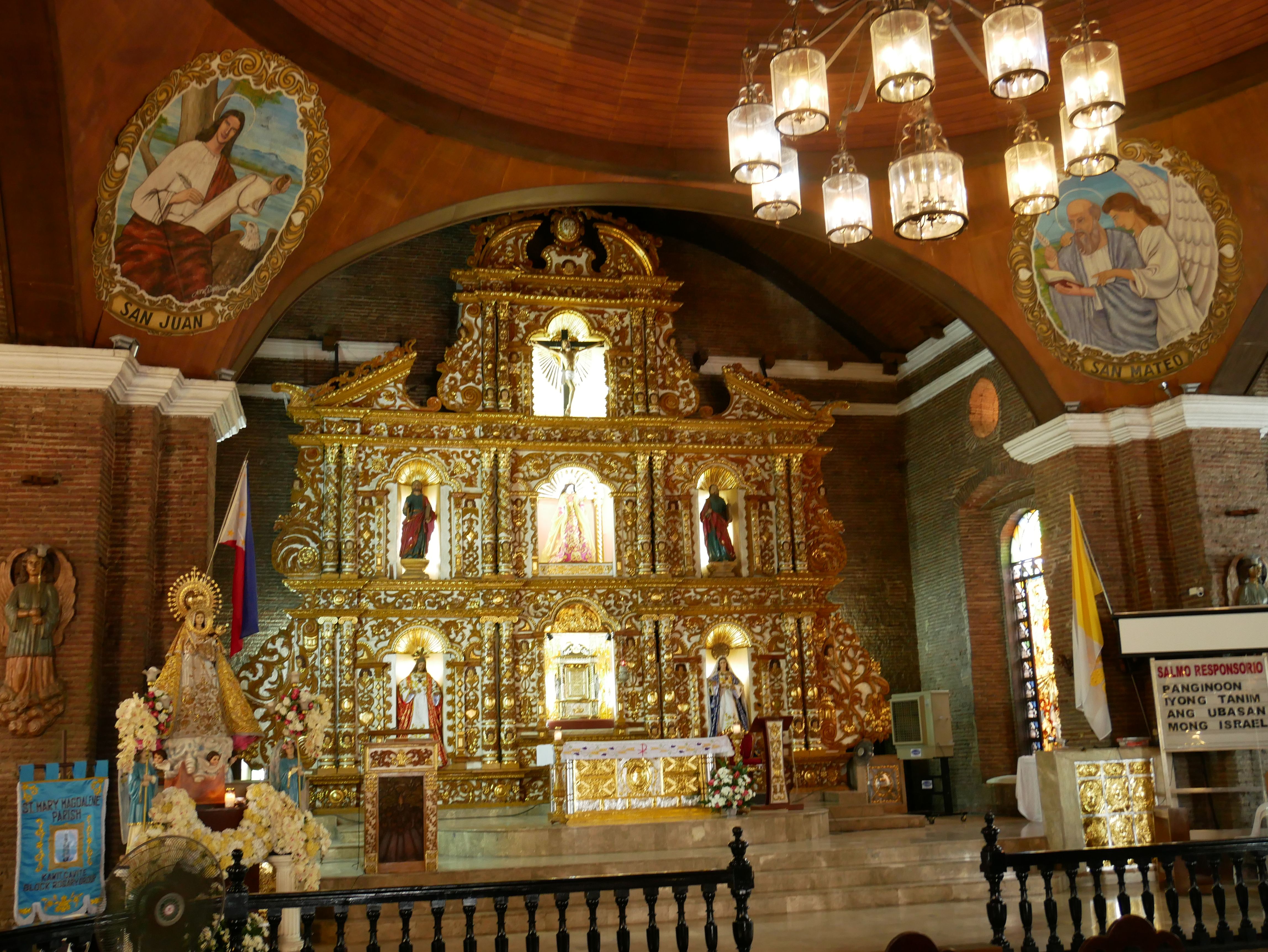 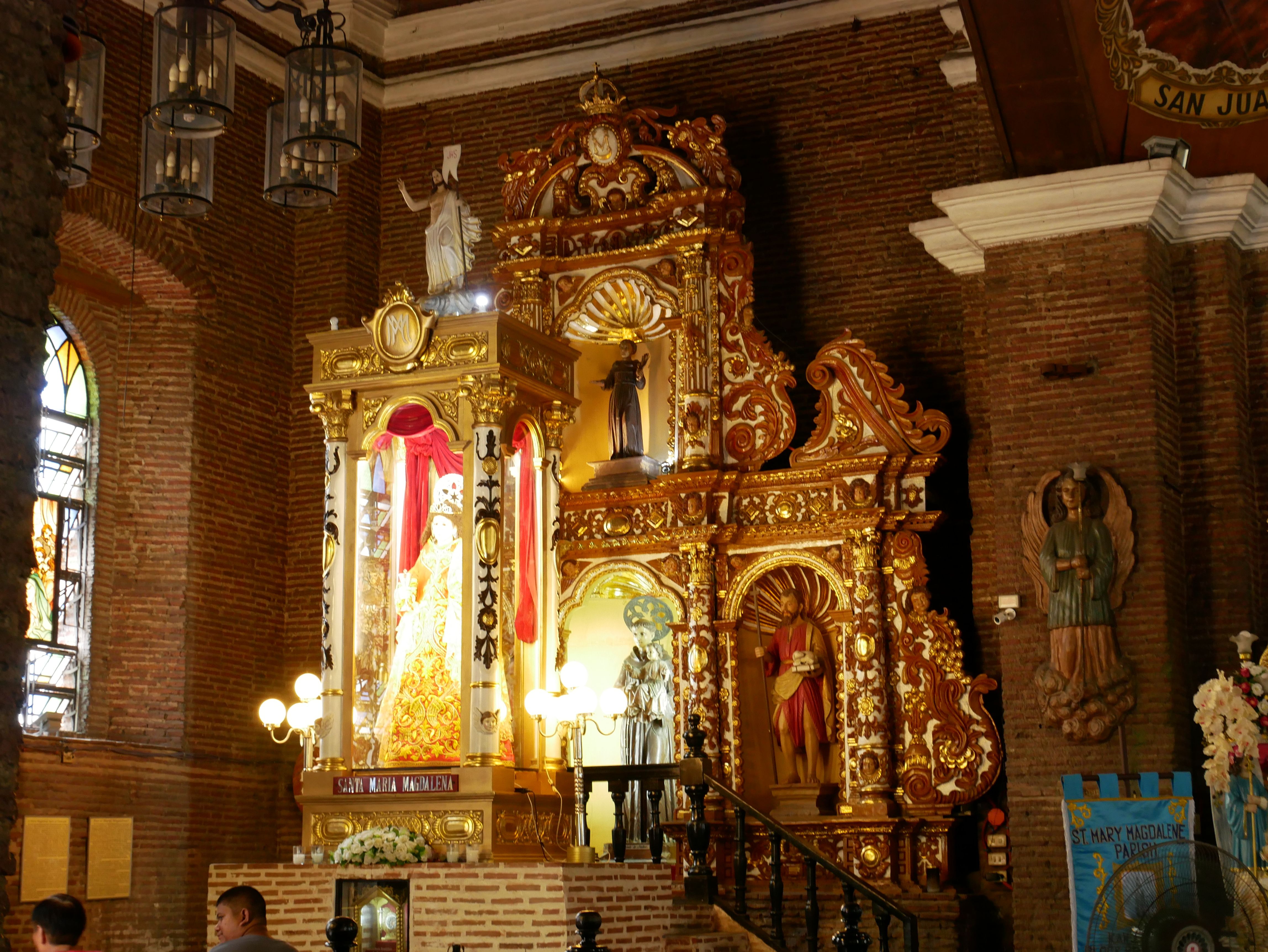 The four story bell tower is the place I wanted to go to and could have taken a lot of amazing shots. I couldn't find the way up there or who to ask, but I will go back to this place as there were a lot of stuff I still missed. 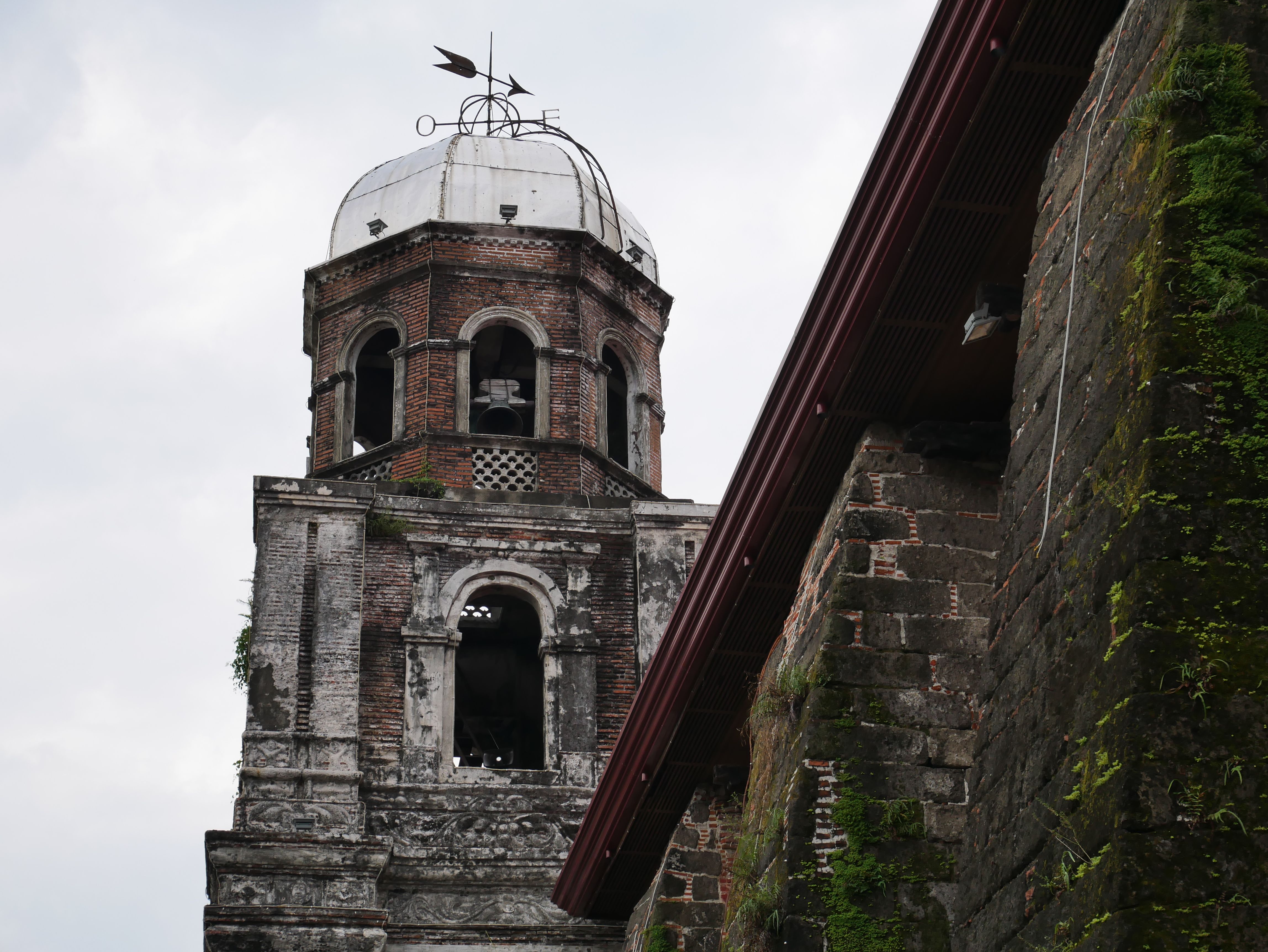 I hope you enjoyed this walk with me in this #beautifulsunday.
I am not a catholic but I love the architecture, the artwork, the history and most of all going out and sharing experiences.

Submit
$72.45
56 votes
19
Authors get paid when people like you upvote their post.If you enjoyed what you read here, create your account today and start earning FREE STEEM!
Sort Order:
[-]
ninahaskin (65)  ·  2 years ago

What a terrific collection of church photos! Amazing shots! @watersnake101 Is it wrong that the song "Roxanne" immediately came to mind when I read the words "Red Light District"? Bless me, Father...

That is quite an analogy
You don't have to put on the red light
Those days are over
As we know Mary Magdalene her sins were forgiven. Thanks Nina :)

a really impressive building. Wonderful pictures, thanks for sharing.

Thank you. I'm glad they maintained the church well. I'm still new in photography and still a work in progress. I love photography very much it's addictive. Thank you for the kind words. :)

you are welcome my friend.....

Interesting architecture from the 18th century. Though it seems to need some work on the outside, the inside looks very nice and well maintained. I'm sure many go there on a #beautifulsunday.

I was just on time half an hour later people started pouring in. Thank you my friend.

What an amazing church that can host so many religious people at the same time. Ascetic, not too luxurious, just how i like the churches.

Yes ascetic builds the character of the church and tells a lot. First time I did an indoor shoot and some of the photos did not turn up sharp and it was a cloudy day. I thought I should ask david that time lol. I was a bit disappointed when we got home. I figured I forgot to adjust my shutter speed lol. Well I still have miles to go before I get there. Cheers.

Every little step counts, and sometimes it is the subject that is most important not the quality. Nice to have them both though. did you use a tripod, or do you have one?

Shot hand held no tripod yet. Hoping to get one by next month.

Then try placing it on some flat surface or pressing firmly it to your body, it can save you a stop or too.

Ahh I will try that then until I get my tripod. Thanks buddy! img credz: pixabay.com
Steem is behaving weird in low voting percentages, so actual votes can diverge by up to 1 voting percent point.
Nice, you got a 3.0% @minnowbooster upgoat, thanks to @watersnake101
Want a boost? Minnowbooster's got your back!

The @OriginalWorks bot has determined this post by @watersnake101 to be original material and upvoted it!

For more information, Click Here! || Click here to participate in the @OriginalWorks sponsored writing contest(125 SBD in prizes)!!!
Special thanks to @reggaemuffin for being a supporter! Vote him as a witness to help make Steemit a better place!