One of my followers and fellow #dolphinschool classmates @sarahart created this post a few days ago, encouraging her followers to participate in her #mytop5artists contest. The rules are simple...: Upvote and Resteem her post and make a post listing your 5 favourite visual artists. I like the idea because it gives me a chance to share with you guys a bit of what has influenced me as an artist.

I've also decided to use this opportunity to practice and pass on a handy little technique that many of you might not know about, which you might find incredibly useful. I'm not even sure if it is going to work. Guess we'll find out...

Okay, straight to it! These are in no particular order: 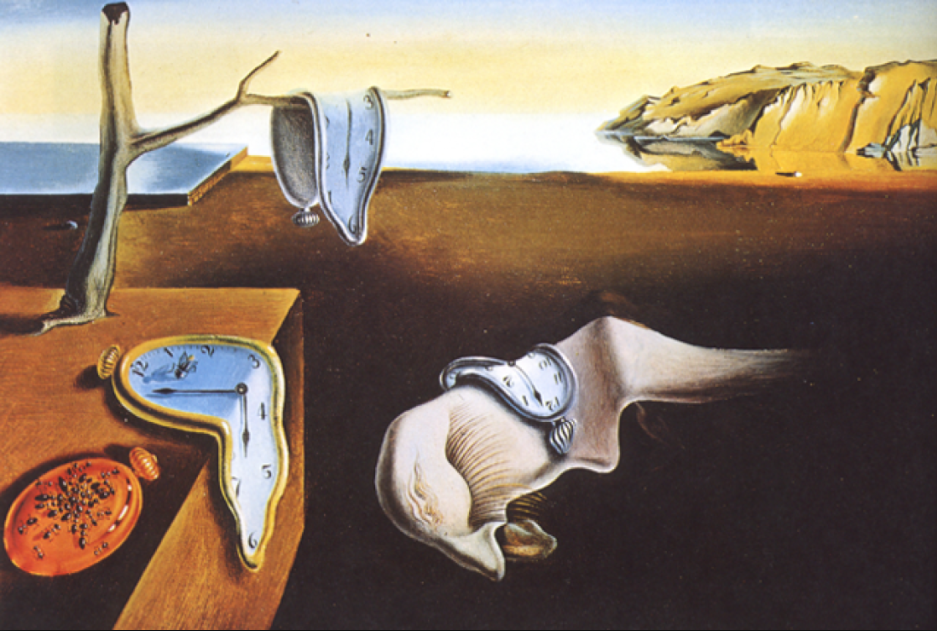 Salvador Dalí - If you are anywhere in the spectrum of the art world, you have heard of Salvador Dalí. He is most famous for his strange, often bizarre surrealist paintings, which helped to twist my imagination from a young age. He did a lot of other stuff, however, including sculpture, film and photography. He was as eccentric as artistic geniuses come and loved the attention of the public. Vincent Van Gogh - I'm as fascinated by who the man was as I am with his work... A true genius who was tragically not recognised as such before he died, he was considered mad. He suffered from mental illness and delusions, depression, and drank a lot. Today he is considered one of the most influential artists of all time. When Doctor Who did an episode in homage to him, I cried. 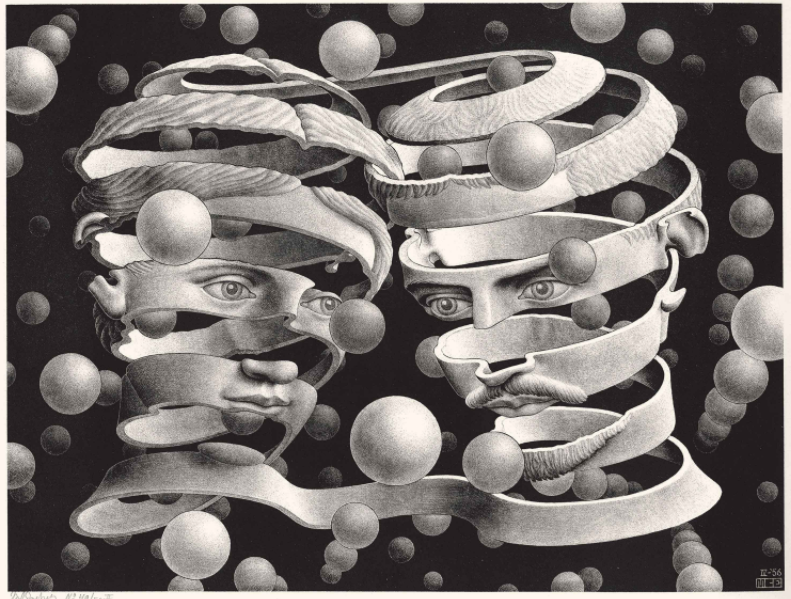 M. C. Escher - The day will come when I will suddenly pick up a pencil and start a journey to become the next Escher. Hehehe. You look at his work and you just can't believe it. He could "fractalise" anything. He drew inspiration from both nature and man-made architecture, and explored symmetry, reflection, infinity, impossible objects and much more in his work. He, too, sadly, was only really appreciated after his death. Thomas Kinkade - You had to have been living under a rock the last 20 years not to have seen the glorious work of Thomas Kinkade, self-dubbed "Painter of Light". I've been enchanted with his paintings for years, and have two puzzles of them. According to wikipedia, most critics describe his pastoral paintings as 'maudlin' and 'overly sentimental'. The sensation of wanting to be INSIDE a painting, for me, though, is strongest with his work. 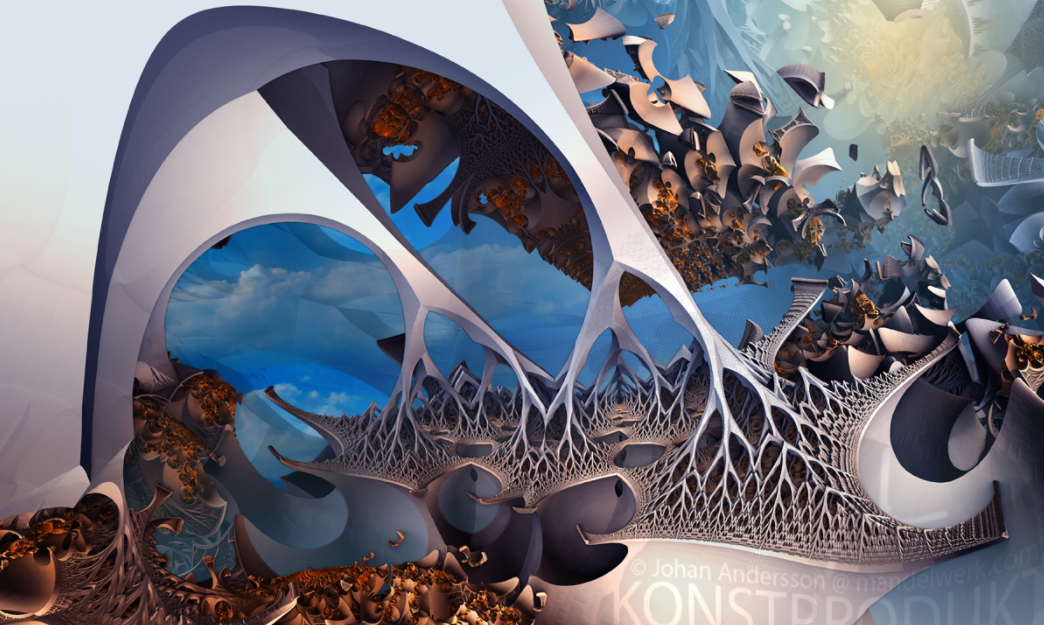 Mandelwerk (Johan Andersson) - The only living artist on my list, Johan has been creating 3D fractal art ever since it was first discovered to be possible, about 8 years ago. It was upon seeing his work that I was inspired to get started with my own. You can see his galleries over at DeviantArt and he also does 3D printing of different fractals - from jewelry to chess pieces. A true pioneer!


Alright, mission accomplished! May these artists give you as much joy as they've given me now that you've discovered them (especially the lesser known Escher and Mandelwerk).

Now for the technique I promised:

You'll notice how I have the images to the left and to the right, with the text neatly justified beside them. My original plan actually DIDN'T work, by the way. I wanted to use tables. But they don't work well when mixing images and text in them. So I tried out justification and DIV tags... For the image:

And for the text, you continue right below the image, like so:

Of course, if you want the image to the left, you change 'pull-right' to 'pull-left'.
It's that simple =)

Submit
$0.23
7 votes
15
Authors get paid when people like you upvote their post.If you enjoyed what you read here, create your account today and start earning FREE STEEM!
Sort Order:
[-]
sarahart (46)  ·  2 years ago

Great one! I didn't know about Mandelwerk because I actually heard of this kind of art thanks to you. But the rest are part of my favorites! Escher is just brilliant, I mean: You have an obvious interest in surreal art, so I'm curious about how Kinkade fits in. You said it yourself, I'd rather live in a peaceful and beautiful place (like Kinkade's paintings), than living in this kind of creepy places Dalí, Escher and even Van Gogh (with those kinetic colors) paint.

Thank you for participating!

My pleasure =) ... Yeah, Kinkade doesn't really fit, hehe. I included him because his work has permeated my consciousness... Those idyllic, hyper-beautiful scenes that seem like dreams put on canvas... As I said, ever since I was young, I've day-dreamed of being transported into his paintings, Mary Poppins-style, and live there for awhile.

And yeah... The others' works are more for a quick hour or two's roaming about, rather than living in ;P I'd love to explore Escher's stuff in 3D, like David Bowie in that scene from "Labyrinth" ;)

I totally understand your point, and it's a cute personal background.
I haven't seen that movie! I'll check it out. And 3D Escher is an awesome idea!

Not sure which movie you're talking about, but both are really, really good! Mary Poppins is a classic ;) And Labyrinth.. Aahh man, that's a special movie. Definitely watch both sometime soon! You'll see what I mean. And while we're on these older movies, you should watch The Never-Ending Story too! <3

Excellent post, and the layout is great. Your post made me think of those artists I would choose. I love Thomas Kinkaid; but my art tastes run to Robert Bateman (nature), Tom Thompson (and the Group of Seven) (Canadian North landscapes), Alex Collville (Realism) and Emily Carr (Indigenous/abstract) ... all Canadian artists .... and last but certainly not least, Monet (my favourite).

Thank you very much =) Of course I know Monet, but the others I'll have to check out! ... Do you paint? I had a quick look at your blogfeed and I see you're a poet! =) ... I'll be sharing some of my poems in the near future. Followed you =)

And thank you - I appreciate the support and follow as well. (I'm already following you!) :) I used to do artwork - I specialized in pencil and charcoal but also oils and acrylics - I'm disabled and arthritis in my hands has made it impossible for me to hold a paintbrush now, but I can still type, so I can write! :)

The artists I mentioned are all Canadian (I'm from Canada), and my favourite of those is Robert Bateman, who lives on the BC coast. Before he became famous he taught art in Ontario, and was my grade 9 art teacher - a year I will never forget!

I'm very sorry to hear about your arthritis. I couldn't imagine if something similar would happen to me. Hmmm... This being the case, you might be interested in giving Mandelbulb 3D a try. All my art is done with it, and JWildFire, two fractal program. (with touch ups in Photoshop).

Thanks so much for your concern. I think I'll leave the artwork to you; you do a beautiful job with it. I'm a disabled senior now, with limited energy - so I believe I'll concentrate on the writing end of things at this stage in my life. I'll always have great memories of my art days - and will enjoy looking at yours and other artists now. :)

Great artists, truly beautiful layout, and amazing way to feature a really practical tip in this article. I actually was just thinking today I wanted to learn the code for this very thing, and now here it is! You are awesome. See you back at #bootcamp. :)

You’re doing awesome, whenever your next post comes I’m sure it will be great. :) Woot.

Congratulations! This post has been upvoted from the communal account, @minnowsupport, by Mandelsage from the Minnow Support Project. It's a witness project run by aggroed, ausbitbank, teamsteem, theprophet0, someguy123, neoxian, followbtcnews, and netuoso. The goal is to help Steemit grow by supporting Minnows. Please find us at the Peace, Abundance, and Liberty Network (PALnet) Discord Channel. It's a completely public and open space to all members of the Steemit community who voluntarily choose to be there.

Some great artists on your list. I am familiar with the names of all but the last, although not all of their art. I really liked the new one (for me), Johan Andersson. That style of digital artwork is really growing on me, especially when it is well done.

Then I think you'll enjoy the work I've posted so far, and the work I will be posting =) ... With fractals, as I've said before, it is sometimes disheartening to see people throwing up generated images of colourful fractals and calling it art ... From the beginning, I've focused on developing a unique style. Johan is just fantastic - of course it helps that he was an oil painter for years before starting with fractals ;)

Thank you for the upvote <3