"Competition Both Performed And Judged By The Artists Themselves " 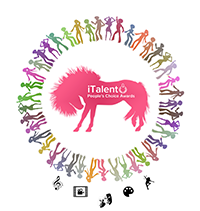 ATTENTION:
If you want to enroll for the Audition now, post your art/performance in the comments below, I suggest you to READ THE CONTEST RULES above so your entry is valid

For live help and any questions regarding the "iTalent Contest" you can join the discord group via this link: https://discord.gg/g4EZQ3d

italent Accepts Literally All The Talent Forms, and you can enter 3 times per category 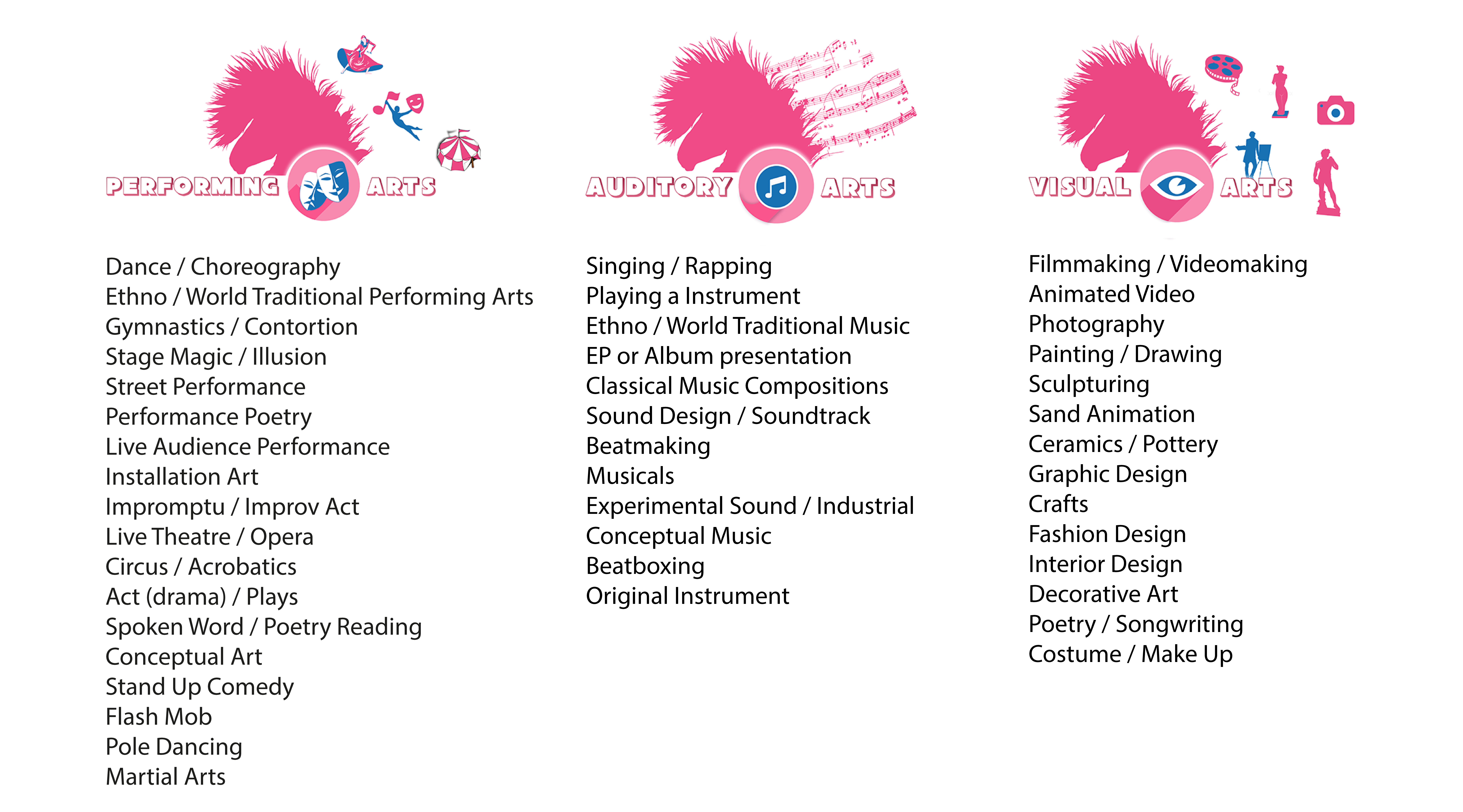 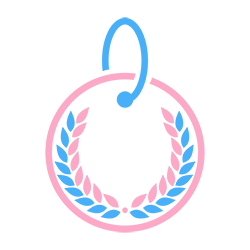 WHALESHARES can be exchanged for a strong whale upvote, they are distributed for this contests by a courtesy of partnership between Steemit Music Alliance (SMA) and @officialfuzzy, SMA is a discord group run by @Seveaux and @chiefmappster, and @officialfuzzy is a founder of Beyond Bitcoin - WhaleShares and BitShares (cofounder) To receive this WHALESHARES in case you win you have to have a BitShares wallet that you can create in this link https://wallet.bitshares.org/#/dashboard So How Does The iTalent Contest Work?

A competition Is Divided In Three Phases

(everybody can enter 3 times, but only with 1 entry per category)


After everyone entered the contest the voting starts, and lasts for 5 days,
on the last day iTalent Team will count the votes and announce the artists/performers that have qualified to compete for the reward.

(if you don't vote for others, you cannot pass to the final phase, even if you get enough votes to do so)

Voting is always done by the contestants themselves, never by iTalent Team or non-contestants

I've designed a voting system that will discourage people to beg for points, or team up between each other. Voting is done in the comments section of the current iTalent post, you must vote for 6 performers by providing them points and insights, you must find six performers that deserved (by your opinion) something from below:

And decide who deserves what, you cannot give the same award twice or give two awards to the same performer, every award goes to only one performer
THE EXAMPLE BELOW SHOWS YOU HOW THE VOTING SHOULD BE DONE:

(attention all of the accounts in the example are purely symbolic) As you can see in the example above you cannot give points to whom you already gave insights and vice versa. This is because insights serve as a counteract to the points

(the reason for this rule is to engage a voting balance, you can support your true favorite performers with the most points, but insights will have to come from elsewhere to confirm a truly unanimous public opinion)

So for example, let's say that there is 50 people voting in the contest, that would amount to 400 points in total, 20% of that is 80 points, this means that whoever gets most insight votes gets an additional 80 points in that case

Witnesses @gtg and @fbslo are supporters of this contest

If you want to support them by giving them your witness vote , follow the link below:
https://steemit.com/~witnesses
and cast your vote

To vote for @gtg you will find him as a third witness on the list, and to vote for @fbslo you must write his name in the witness vote box like in the example below

Here is my entry for the contest. A time-lapse video of my drawing! Enjoy! Such an intricate and beautiful piece! And I love the time lapse video with poetry reading. Very very cool.

Is this "making sound visible..." initiative an ongoing thing @megy.fine.arts? Where do I find out more?

Thank you mate! I so glad that you are interested! You can reach me through DM on Discord (you can find me in the iTalent channel) or you can find all main details in this video post of mine! 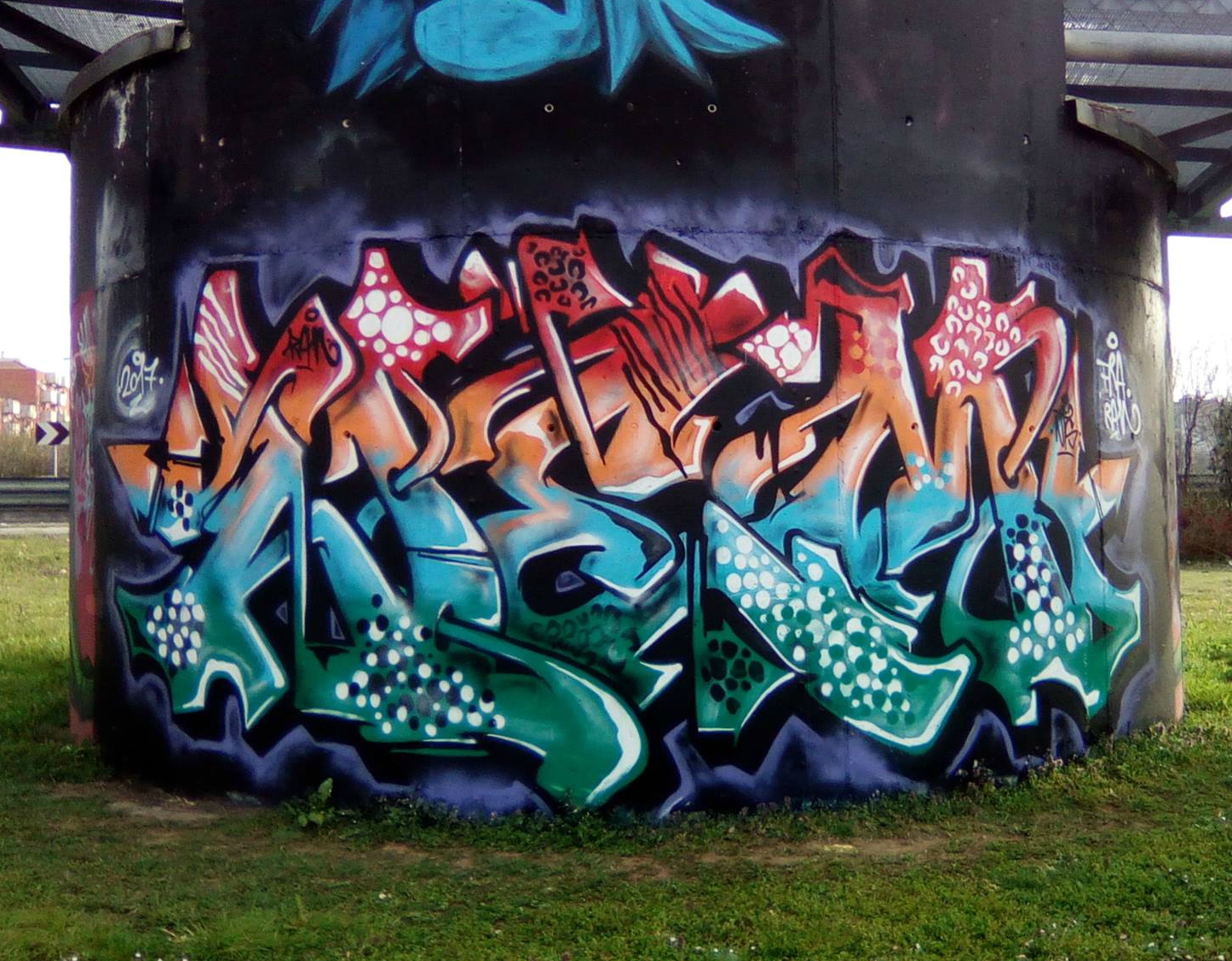 Hey, how are you all, here's my second participation, I hope you like it, good luck! https://steemit.com/italent/@ramses.ber/italent-or-round-2-a-whole-life-reflected-in-a-thousand-wrinkles Wow this is so beautiful @grayarty! Technically impressive, of course, and such a dreamy, floaty sweetness to the music itself. Awesome performance <3

Thanks so much for the compliments my friend.. coming from an amazing musician like yourself I'm so inspired! Wish you all the best in the competition! 😊😊✌️✌️ 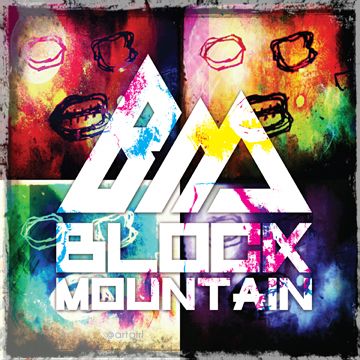 @artgirl you have to make a post about it with a iTalent title and use #italent tagg as the first tagg, it is actually all in the rules, the first words of this post 😉

Aw i didn't see it was required as the first tag. Ok then. Maybe my next post. Thanks.

Thanks for the competition!

Greetings iTalented Steemians! Here is my entry in the Visual Arts (painting/drawing) category. Although I have to say... I'm already blown away by both @ran.koree and @betzaelcorvo's entries, brilliant work you guys! https://steemit.com/italent/@bennettitalia/italent-contest-round-2-visual-arts-painting-drawing-entry-psychedelic-fairy Hello Everyone! Here is my entry for the Auditory Arts Category, one or two more entries on the way for the other categories ;) <3 https://steemit.com/italent/@bennettitalia/italent-contest-round-2-poetry-songwriting-and-singing-rapping-entry-too-hard-for-the-hippies

hi @ivan.atman! Quick question: I was just listening to various things on Steemit through headphones and... I don't know how I missed this... one of the synths on this track is WAAAAYYYY too loud. Man, so much louder through headphones than through my laptop speakers. Kinda ruins the track for me. If I posted a different version with the synth lowered could you use it instead, or is it too late for amendments? 😁

@bennettitalia of course it perfectly fine, just reupload the song and edit your iTalent post, no problem there

Sweet, thanks Ivan. The post is past curation, so can't edit, but will post the corrected version in the comments if that's ok.

yeah do it, I'm just about to start making the announcement post in an hour or so

Hi this is my entry for this round 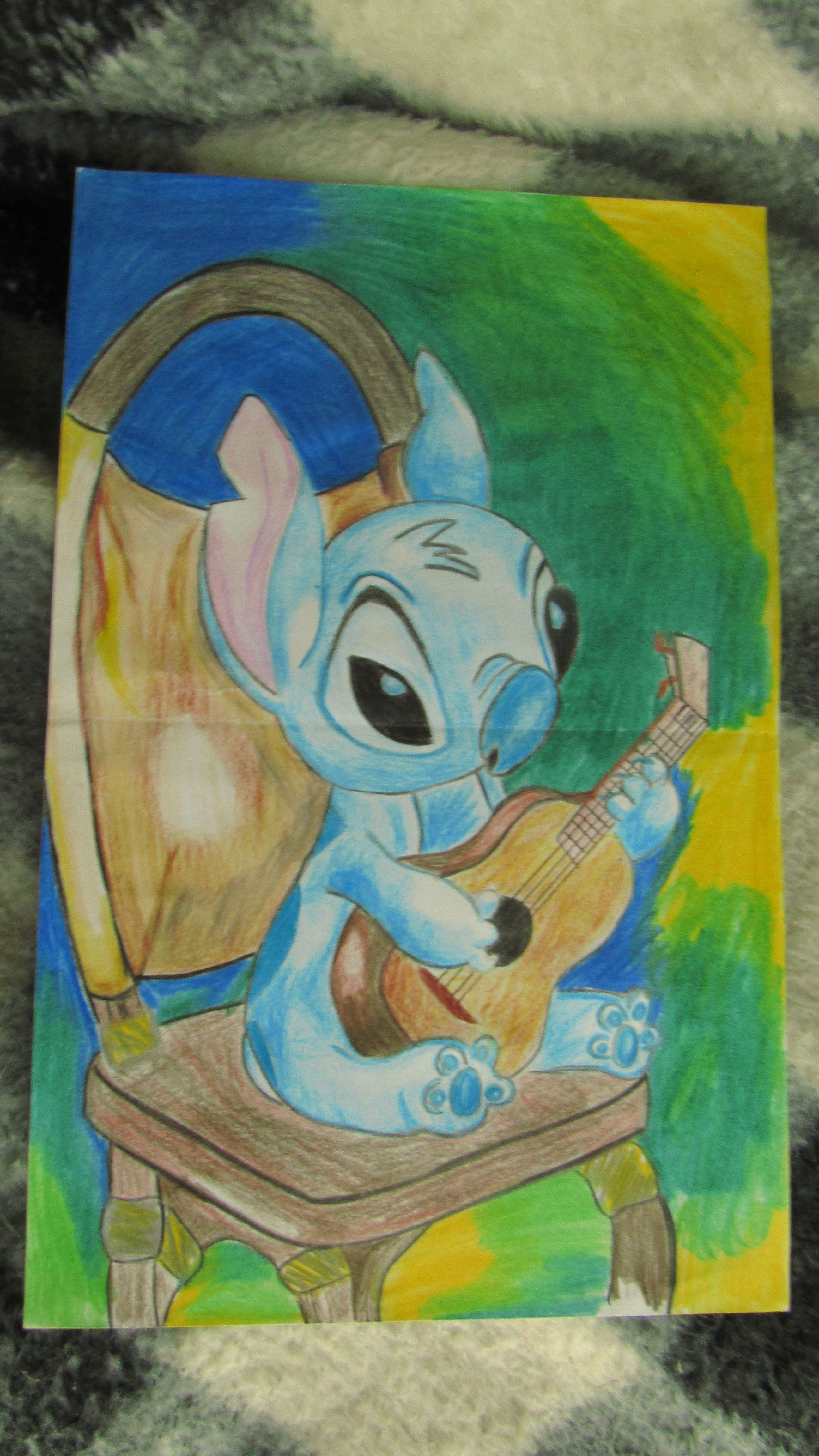 You received a manual upvote from @MusicVoter and people following my Curation Trail due to the musical content of this post.

Do you want to EARN CURATION REWARDS AUTOMATICALLY and help independent musicians?
HERE'S HOW

Hi, this is my entry for the auditory art category, I hope you like it!

Hello! This is our entry for performative arts.

Here is my entry for italent #2

Later, I might make an entry for @musicapoetica. To avoid conflict of interest, if I do, we won't vote for each other.

PS: I uploaded to dsound, so italent has to be the second tag...

@bengy yeah do it it doesn't matter, it is different people you know, but I respect your fairness

Thank you for the invitation to the competition.
Here is my link!
https://steemit.com/italent/@rjcha/italent-round-2-only-you-by-rjcha

Such a sweet tone to your voice! Beautiful performance :)

this is my entry in photography
https://steemit.com/italent/@bil.prag/italent-contest-or-round-2-or 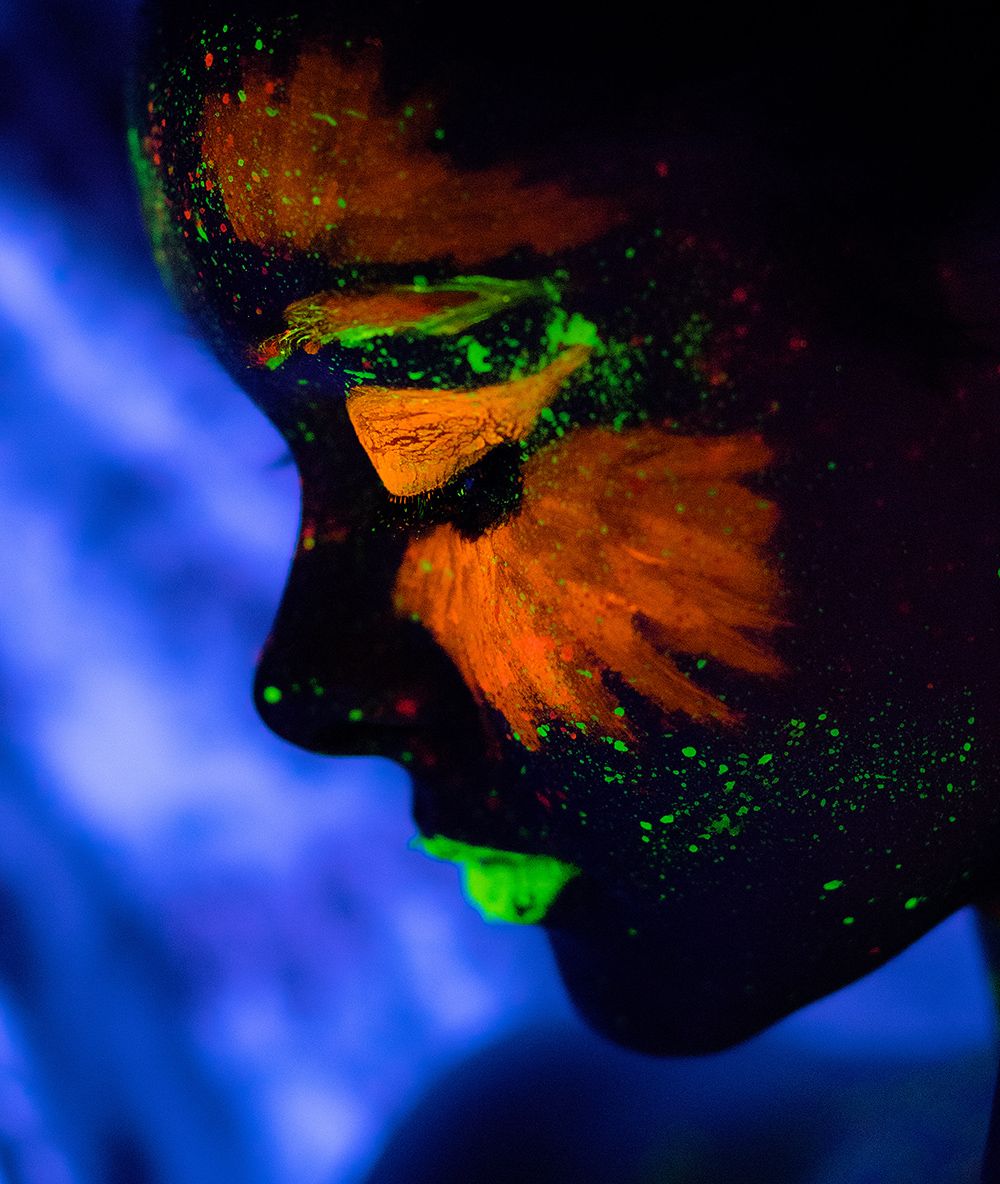 Ooohhh... that's some amazing blacklight makeup and photography. It almost looks like some of the dots are floating off of her face! Really cool @bil.prag.

thanks i appreciate the compliment.

Resteemed your article. This article was resteemed because you are part of the New Steemians project. You can learn more about it here: https://steemit.com/introduceyourself/@gaman/new-steemians-project-launch . If your post has more upvotes, your post will appear in the trending page. To get more upvotes, you can bid for @steembidbot vote. please check it out here: https://steembottracker.com/

@ivan.atman, who did your logo? We are looking for a logo to fly our #classical-music gang colours. We wouldn't be able to offer much, except for sharing the rewards from several posts about the creation of the work.

Do you know what tags we should use if we were to make a general post looking for anyone that might be interested in helping us out?

@classical-radio I didn't say I won't help you out 😄, if it is something basic as you are saying I'd be glad to help, just let's take this conversation to a chat room, are you on discord or steemchat?

I'll contact you on discord. It will be a familiar name!

Hi @ivan.atman! Thanks so much for tagging me on this, the reminders really help :) I have an older track (previously posted) that I'd like to remix by adding more synth hooks, electric guitar, and possibly bass. Would that qualify for entry into iTalent? Already has drum programming, multiple synths, and backing vox so would be difficult to do the whole thing over...

Of course @bennettitalia you can enter with anything at all actually, as long as you make a iTalent post to enter, the contest will get more demanding as it goes, now I'm just trying to bring the crowd over so we can make it into something serious, so probably in the Round 4 there will be specific challenge (to create something new) but man I always love to hear your tracks, you bring it fresh straight out of your mindset, intimate and theatrical, we can do a collab sometimes, do something f... crazy 😆

Lol yes! that would be awesome :D

Thanks for the competition, and thanks again for the invitation. I'm afraid I can't join you for the next round. Oddly enough, my day job as a violinist leaves me no time to make a video especially for the comp!

But I will keep an eye out for new recruits for the #classical-music community!

Would it be okay as is or do you need to have it reposted with the italent as the first tag?

Also, I run an account for an orchestra, is it okay for groups to enter? To avoid conflict of interest, I wouldn't vote for each other.

@bengy I added the rule to make a iTalent post with #italent tag yes, as for if you will post it with the bengy or classical music account it is up to you, I don't mind

Okay, I will check to see what I put up.

Hey Ivan. Is it too late to enter?

Hey Guys this is my entry for the italent contest it's from the movie Toy Story called When She Loved Me i hope you enjoy it :)

hi man! @ivan.atman thank you for this amazing contest! congratulations in advance! :)

To all who joined, goodluck :) I hope we make it.

here is my entry guys, i hope you like it link 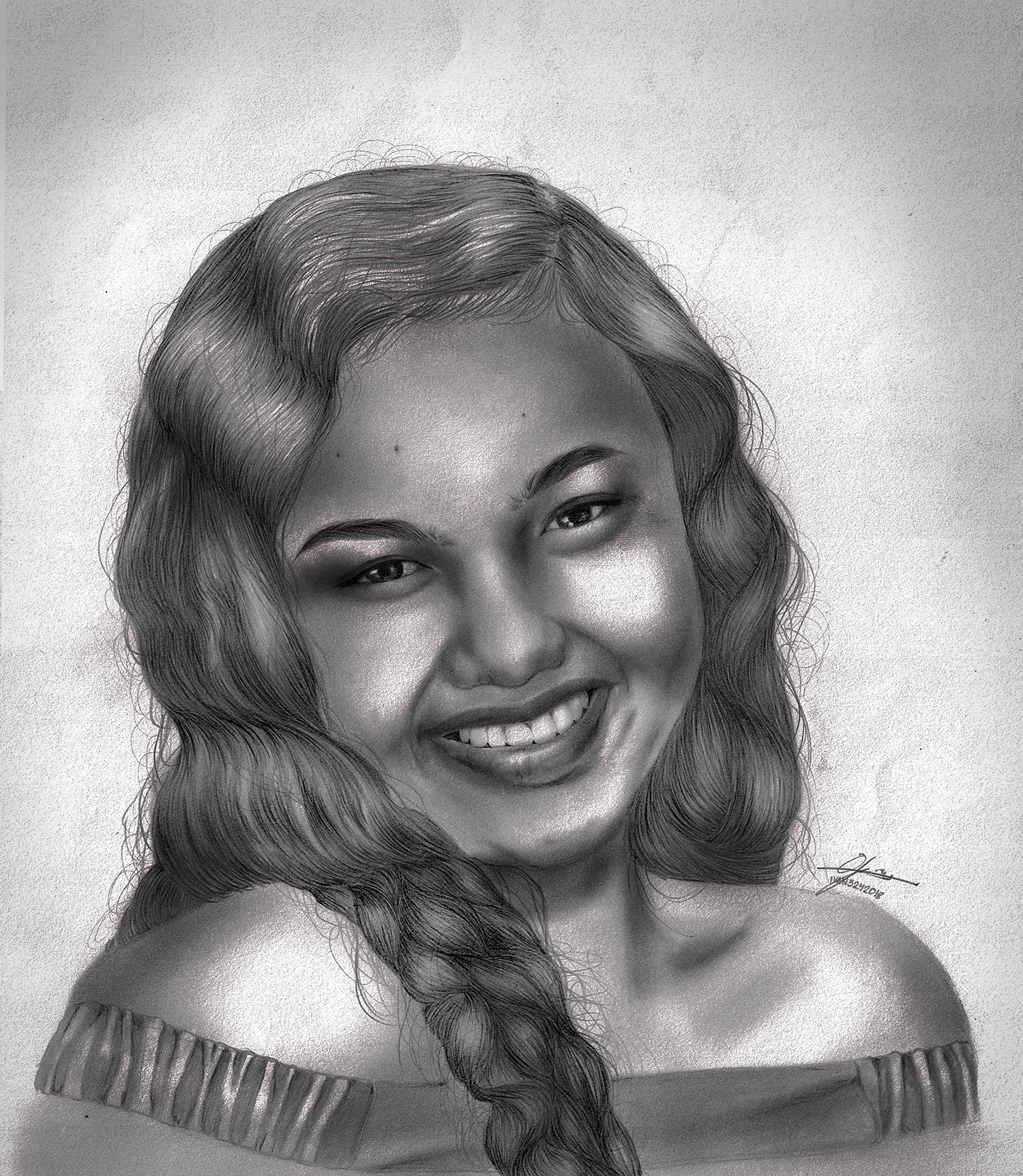 @ivan.atman, I didn't understand, we vote here in the comments?

Hi everyone! This is such an awesome contest :-D Looking forward to browse through all your submissions once voting has begun.