After my Rorschach Cyber-Steampunk Timelapse, let me show you the The Mirrored Artefact. It's based on the same idea, but with one more refection, which gives 8 times the same drawing mirrored in different directions.

As for the previous one, the final drawing don't physically exist, it's just a triangular tile (shown at the end of this post).

The assembly (flipping / rotations / cropping / homography) of the video has been realized with a small script based on OpenCV. And finally, the actual real drawing: 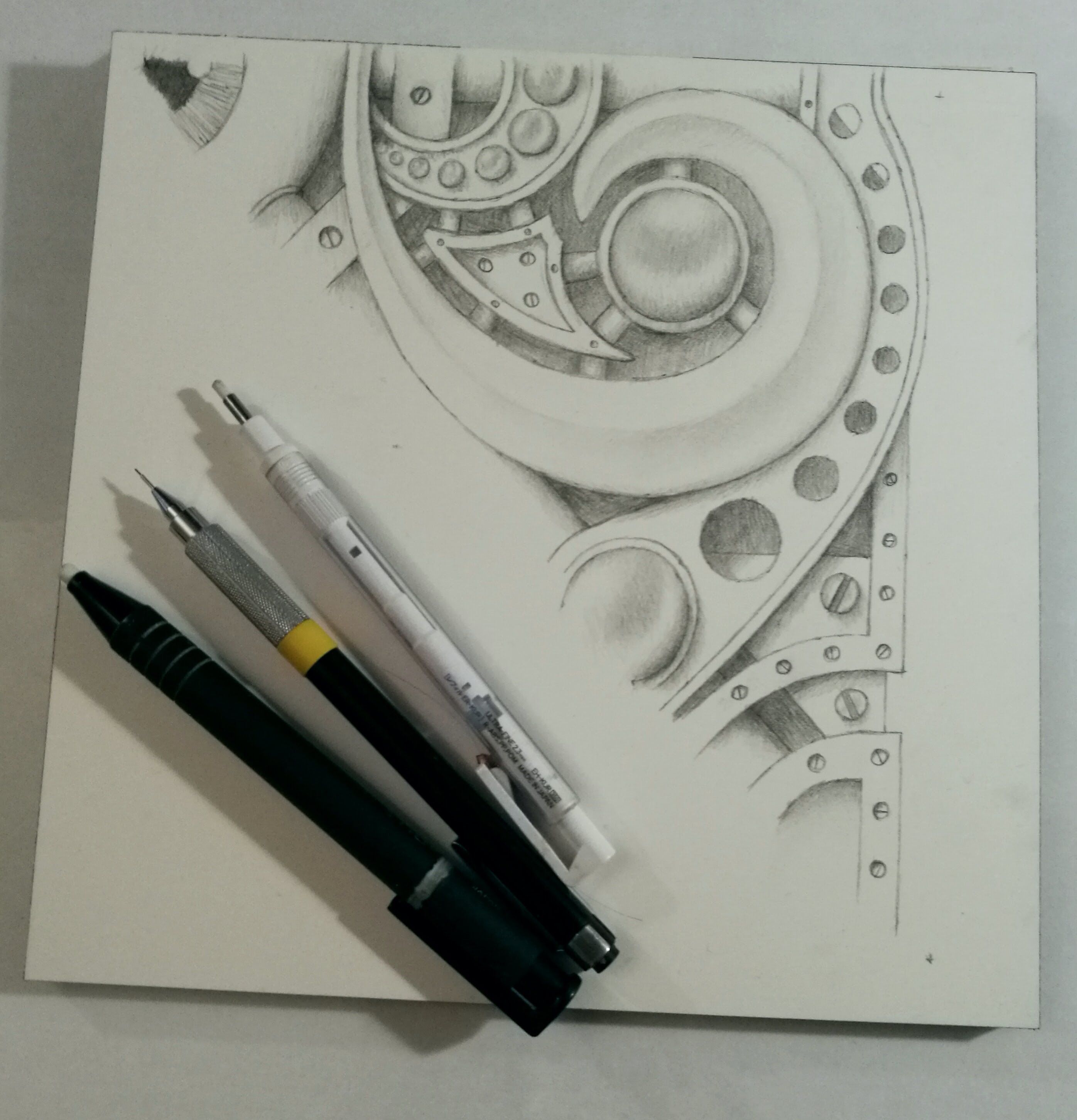 Thank you for watching!
I'm open to any questions or criticism :)

oh my god :o thats just so cool
How you find idea to do something in such a technik ?

Thank you ^^
I had this idea when I was working on some other drawings that had several symmetries, I thought it was possible to draw a part and repeat it, and that's how I did the first one "The Rorschach Cyber-Steampunk Timelapse", and then I did a video of it ^^

Holy crap. This is so amazing. It seems like magic to see this come to life in front of my eyes when the final drawing does not exist. I think this is so incredibly creative. So much fun to watch. The perfect marriage between your engineer and artist sides. I have been researching online trying to find a name for this technique or anyone else doing similar and I so far have not been able to find anyone doing this or similar. There are plenty of mirrored drawings of course but I have not found anyone doing video of this coming together using script to make perfect image in video. Seriously I am so far beyond impressed. I give this badge out to truly original content but I do not think I have ever given it out to artwork that may be a genuinely novel technique. You sir are incredible. Much love - Carl