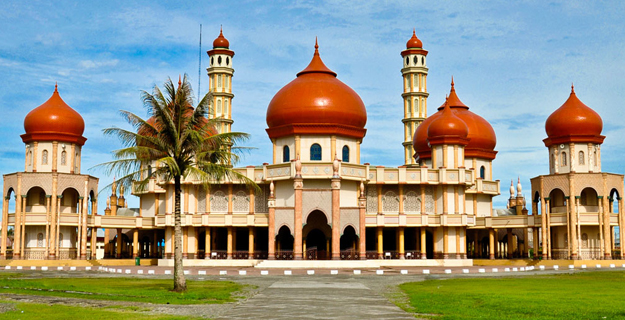 The building of the Great Mosque of Baitul Makmur Meulaboh looks very prominent with the architectural style of Middle East, Asia, and Aceh blend and the selection of bright brown colors combined with red brick in the dome of the mosque.

A typical mosque that can be seen in plain view are the three main domes flanked by two smaller water dome towers. Head shape of all the same dome, which is rounded pointed tip, typical blend of Middle Eastern and Asian architecture. This mosque will be equipped with two new towers that until this writing is still in the stage of completion. The tower will make the mosque look more majestic and can serve as a landmark of the local area.