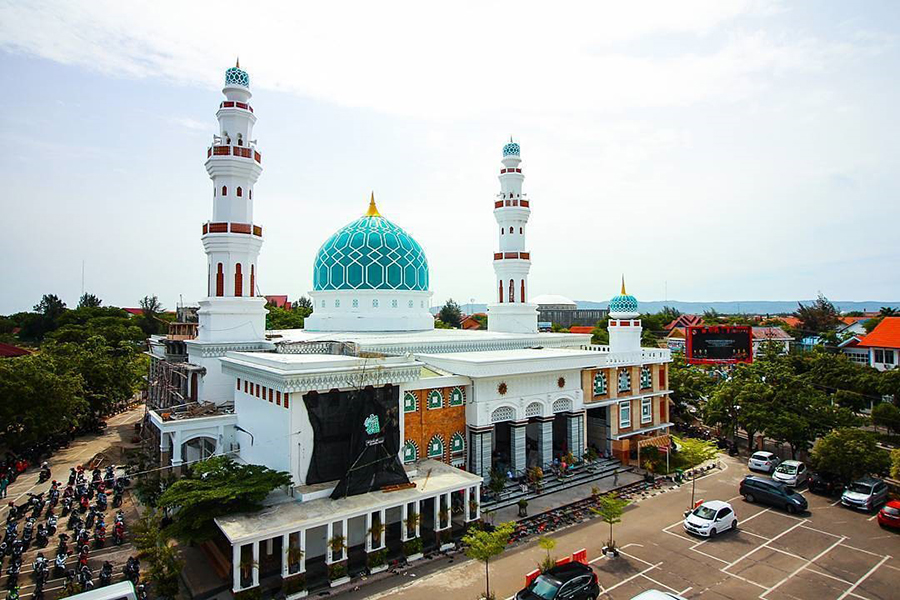 source
Nangroe Aceh Darussalam, the province with the title of Serambi Mecca, indeed has a number of beautiful mosque mosques, historical conditions and even some dubbed as a miraculous mosque for surviving the devastating tsunami disaster at the end of 2004 ago. Some of them have been featured in previous posts including Baiturrahman Banda Aceh Great Mosque, Baiturrahim Ulee Lheue Mosque, and Rahmatullah Lampu'uk Mosque in Lhoknga.

But of the many mosques that remain strong, Lampriet Great Mosque is one of the mosques were badly damaged by the earthquake and tsunami December 26, 2004 it. Lampriet Great Mosque was originally built bit by bit by the local Muslim community since 1979 under the name Baitul Makmur Mosque with the status as the Great Mosque for the city of Banda Aceh.

When an earthquake followed by tsunami waves struck Aceh, Nias and other Indian Oceans, causing severe damage to the construction of this mosque. The Government of the Sultanate of Oman, which then provides relief funds to rebuild the mosque as a grand mosque and the magnificent Middle Eastern architecture as we know it today.