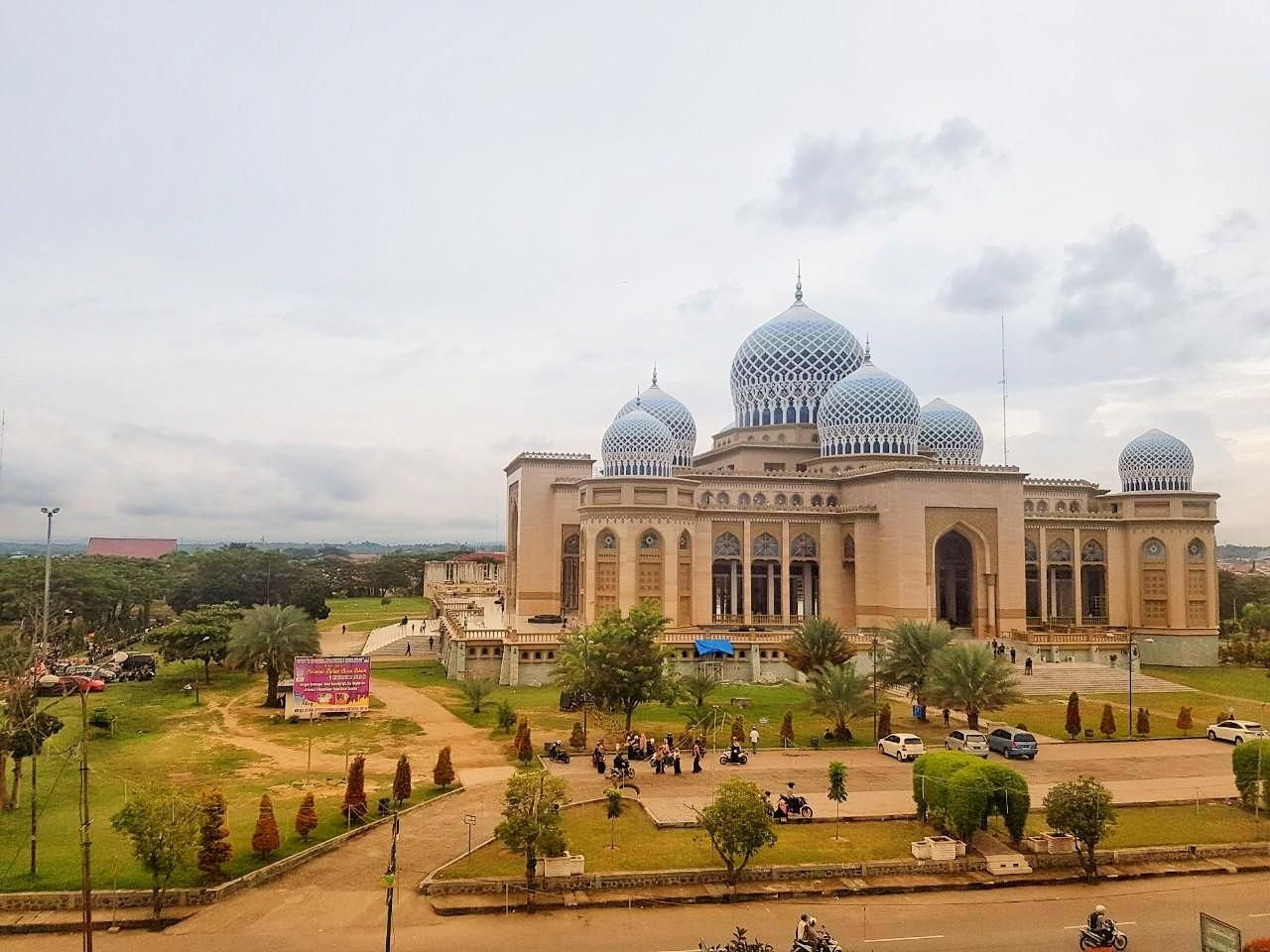 source
Standing majestically in downtown Lhokseumawe, Aceh province, Islamic Center or Almarkazul Islami Lhokseumawe presents the feel of the Middle East in the fertile land of Aceh. The establishment of this Islamic Center revived our memory of the glorious history of the Pasai Ocean Kingdom (Samudera Pase) which is recorded in history as the first Islamic empire in Indonesia.

The first stage of the Islamic Center development project begins with building a grand mosque whose structure is so large with its magnificent dome magnificent dome arrangement. The presence of this Islamic Center has not yet been completely completed to bring a new spirit for the people of Aceh in general and the people of Lhokseumawe, especially after the earthquake and Tsunami disaster that devastated the area several years ago.