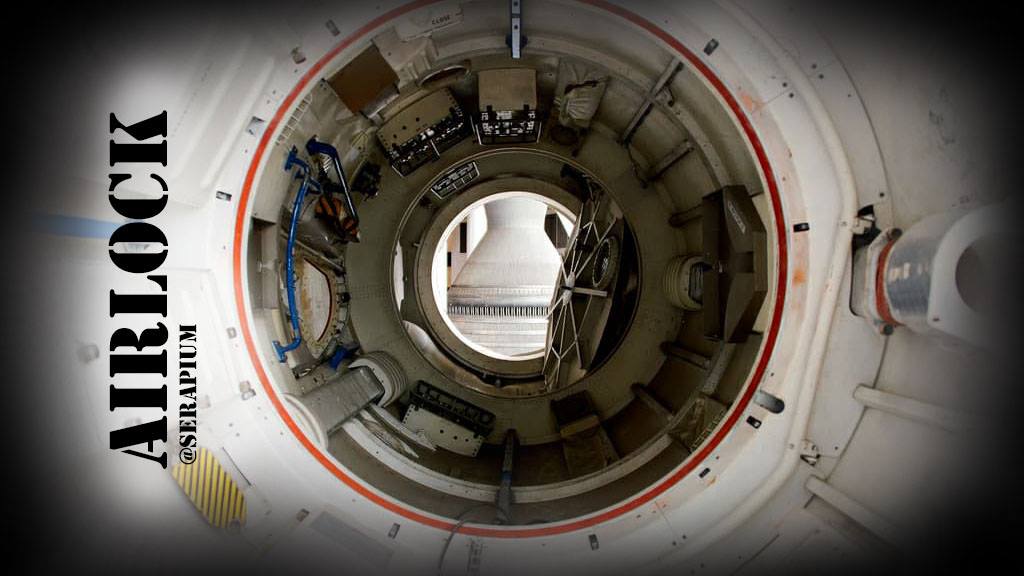 Given the state of the crypto market this week I just can't bring myself to even look. If I do, the FUD will be strong and I know that as long as I don't sell out of any of my positions I'll be just fine. So, in the interest of keeping myself distracted I decided to write something in the science fiction sphere instead. I'm unclear whether this is a short story or a chapter one. What do you think? Is this a story seed worth pursuing?

With no further ado, I present to you...

Evan knew for sure now that he he didn't want this job. Unfortunately for him, he was “...among the most able supplicants.” Supplicant was the right word too, he thought. He had literally lain prostrate before the Examiners and begged for Inclusion into the Mission. It wasn't until he was nearly through the Inclusion process that his subconscious had made him aware of the obvious and he had asked for release from the machine. “No,” They had simply said. It's not like he'd had much choice at that point. The probes were already doing their work inside of his skull.

Now here he was five months later, knowing with startling clarity that he was about to die because the Examiners had made a mistake. It was Heresy to think such thoughts, but standing here at the airlock Evan couldn't help but have them. The circular opening to the airlock, currently closed, was mocking him a mere two feet from his nose.

“That's just great,” he spouted to empty away room around him. “Now I'm not only going to die because I can't solve the problem from the inside, but I'm also going to die a Heretic.”

The radio in his helmet crackled with static. “What was that?” It was Jesse, the ship's cook and his sole remaining crew mate.

The last few days spun like a whirlwind in his mind as he reflected on the series of events that had led him to this moment. First had come the dust cloud. The ship's magnetic envelope had done a remarkable job of mitigating the damage, but the main antenna array had melted when the system overloaded and fluctuated frequencies for the barest of moments.

The Captain had nominated himself to do a spacewalk to replace the antenna, citing himself as the best qualified by dint of having the most hours outside. Nobody could argue the fact. The Captain was a veteran of seven previous Missions, after all.

Who would have guessed that the mainframe code had a bug? Airlock technology had been considered fail-safe for centuries, and this one had been used dozens of times during Mission prep and provisioning. It had come as a complete surprise when the Captain punched the console to enter the airlock and both the inside and outside doors had opened simultaneously.

Explosive decompression is a spacer's worst nightmare. The Captain had at least followed protocol and had his suit sealed, but without being tethered to the hard point inside the airlock he got squirted out the opening like a spitball from a child's straw. It didn't help that the Captain's suit comm remained inside transmission range for three minutes as the ship sped forward into the black. His screams of panic and pleas for salvation would stay with Evan for the remainder of his life, however long that was going to be. There was solace to be found in the fact that he wouldn't likely have to live with those particular memories much longer.

And Shawna? That was both better and worse. The First had done her duty in double checking the Captain's suit as he prepared for his 'walk. She hadn't stood a chance. Evan glanced to his right. At the edge of the airlock some hair was still stuck in the gooey red mess where her head had impacted on the way out. At least she had gone quickly, unlike the Captain. No suit, combined with the empty black, was a nearly instantly lethal combination. The fact that the impact on the way out had likely rendered her unconscious was a mercy.

Evan wished (not for the first time) that the ship's Deliverer had been constructed of better emotional and spiritual substance. The unfortunate series of events had in turn been unfortunately more than the Deliverer could handle. His Mission was lost, as far as He was concerned. Without a Captain and a First, and without a main antenna array to seek guidance from the Elders, He felt unable to deliver His Message. A Deliverer who found Himself unable to deliver a Message invariably suffered. In the case of J'Rai, that suffering came in the form of a laser cutter to the throat. He simply couldn't accept failure and removed himself from the suffering. As an option in the face of impending doom, part of Evan's mind sympathized.

Being the engineer, Evan understood the manual systems of the ship instinctively. The machine had put detailed schematics, troubleshooting decision trees, and repair processes directly into his implant. None of those had helped, except for the one decision tree that spit out a result that the mainframe code had to be responsible. Some part of the code for the airlock operation had to have been copied incorrectly, resulting in the command from the console opening both doors.

This revelation wasn't particularly helpful, since the only two people on board with implants capable of diagnosing the mainframe were now millions of kilometers dead and gone. Both Evan and Jesse knew that if they attempted to tamper with the mainframe that they'd be apt cause additional failures. Without a proper implant to accessing the interface at the core, attempting to alter even one small section of the code was more likely to kill them than not. At least they had been able to activate to override on the bridge and get both doors closed again.

Which is how Evan found himself braced here at the edge of the airlock, tethered to the bulkhead behind him, getting ready to punch the exit command into the console. Jesse didn't think that the tether would hold up to the massive acceleration that was about to commence. Evan had assured her that the tensile strength of the tether was such that you could literally tow a sizable asteroid out of orbit.

What he hadn't felt it important to mention was the strength of the bulkhead he was tied to. Sure, it was made of permaplast. Amazing stuff, that. Unfortunately it has a nasty habit of getting brittle when exposed to cold. It was about to get very, very cold in the away room.

Would the bulkhead secure him long enough to place his second tether on the hard point inside the airlock? He wasn't sure, but he knew they didn't have any remaining options. They desperately needed to contact an Elder and request guidance, so the antenna simply had to be replaced.

He tried to envision the next few seconds. Punch in the code. Leap for the hard point, which was on the right hand side of the airlock at about waist level. Secure his second tether to the hard point. Wait out the decompression. Exit the airlock and replace the antenna with the spare in his gear bag. Come back inside. Close both sets of doors.

“Yes, Evan?” Her voice was like a dose of liquid sunshine and he basked in it.

“That's all, love. I just wanted to hear your voice. I love you.” Evan braced himself, and reached out to punch the exit command into the console.

I like some interesting concepts you started here. I want to know more about what a First and a Deliverer are, and curious about these Elders. Grabbing a reader's curiosity is key, nice job with that.

I think you'd enjoy making your pieces even stronger by joining an editing process. I hope you'll consider visiting the block and trying out our fiction workshop by putting your next fiction piece in the editing queue.

And yeah, quite the crypto crash to wake up to today. Guess its all the scary talk on global regulation. This was a good distraction. I'll be looking forward to the shipwreck challenge!

Thanks! The intention was to leave the reader wanting to know more about those things you mentioned, so I take that as a compliment :) I have joined The Writer's Block, and am testing out my editing skills at the moment to familiarize myself with the process. I'll put together something in the next day or two to submit for review so that I can see the process from the other side as well.

Glad to see you at the block! Hope you enjoy settling in there. Things are usually free and wild in the general chat, but the serious work gets done in the workshops and editing queue. Make sure to say hi anytime you see me around there. :thumbs-up:

It took me few months to realize how precious is TWB. Congrats on joining! @aksounder is right - adding your stories in the fiction queue will definitely improve your stories overall.

Its very good sir, love it keep up the good work :)

Thank you! I'm finding that exercising my creative writing side is helping to distract me from the pressure that my non-fiction side is currently under. I'm authoring a couple of whitepapers for ICO's and ongoing crypto projects. Also about to dedicate some time to help the Komodo team get some instructional material in place for using their platform. This fiction writing is proving to be a nice break from that.