The Weekly Top of Utopian is a showcase of Staff Picks from contributions made in the past week, hand-selected by our Community Managers from across all Utopian.io categories. This week we feature outstanding development contributions, informative video tutorials, a bug not easily discovered and two interesting analyses, one of which studies Steem blockchain rewards and their form. These are just some of the best contributions our Community Managers spotted on Utopian.io during the week. 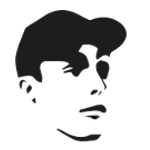 @mkt has detected that Busy.org overwrites the comments json_metadata with one of its own metadata. This has an effect on other applications using the Steemit json_metadata eg. the-magic-frog. To fix this, @mkt proposes a fix in the form of a small pull request. Even though the bug may be considered minor and has escaped the eyes of other developers, it was presented in a very good format, earning it a Staff Pick status. An elegantly and cohesively written tutorial pertaining to substratum nodes on Raspberry Pi. This tutorial does a great job highlighting all components and all steps, in a very detailed and comprehensive manner, with relevant commands and screenshots. Well done!

The Fundamentals of Zones, Microtasks and Event Loops in the Dart Programming Language - Dart Tutorial Part 3 by @tensor [video-tutorials]

This is another one of @tensor’s highly informative video tutorials. In this tutorial he covers concepts such as Zones in Dart, Microtasks, Event Queues and Microtask Queues. From an educational standpoint, @tensor also asks learners to consider what the code should do before they run it. This is an excellent practice as it gets learners to have mental imagery of what they expect to happen before it happens. This is higher order cognition and a great benefit to learners. QUIQQER is a management system and the post presents an official release news which brings lots of new features, tweaks and fixes for users and administrators. The team, @pcsg-dev, have managed to publish an excellent summary of changes, which will work as a foundation point for future posts and development.

The author (@crokkon) looked into the projects that Utopian has supported from the date Utopian Rules Update #11 was applied to the end of the previous month. He also looked into how many of the contributions were first to a project. What made the analysis stand out were the perfectly laid out graphs and the well positioned descriptions, with one chart surprising the Community Manager.

The author (@jayplayco) keeps us updated with the latest news from the Steemhunt project. Steemhunt is an active project with continuously-occurring updates. This makes it challenging to choose the important ones before the information is dated.

@jayplayco has been a member of the moderation team and long before that he was actively engaged in the community. It is encouraging to see authors like him, who have found their enthusiasm for a project and helped it grow by writing supplementary materials and articles.

In this contribution, @lokomotion looked into the evolution of the rewards, split by the different STEEM tokens. He started with a well-thought infographic using a plumbing system and an explanation of each of the tokens. What made this contribution stand out was how the author split and labelled the evolution of the total rewarded tokens per month and followed these with explanations.

With his 4th development update of his Steem TV show and movie application, @jrawsthorne once again delivers a high quality contribution. In his post he describes the great amount of work he has done, which added some very important features, bringing us even closer to a full release.

SteemConnect is widely used in applications built on the Steem blockchain and because of this there are already quite a few libraries built for it in programming languages such as Python and JavaScript. Thanks to @hapramp (and @bxute) steemconnect4j finally gives the Java lovers amongst us a convenient way to use SteemConnect in their applications as well! They have even provided an example project showing you how to use it!

Thanks for picking my post and promoting it here. It is an honor to be a contributor of the utopian-io community. Thanks to all the moderators and community managers taking care about every single post and getting into each detail to improve each post.

I upvoted your contribution because to my mind your post is at least 27 SBD worth and should receive 113 votes. It's now up to the lovely Steemit community to make this come true.

Always nice to see my articles on here.

We should find some competition for you.

That would be good; it would mean the platform is growing.

It's a really nice feeling to see my nickname in the tutorials category.

The subcomunidades of Utopian.io, favor the academic growth within the Steemit platform. Let's keep growing.

Since you support science, I am voting for you as a witness. I'm only a plankton but hopefully every vote counts! :)

Thank you so much @utopian-io ! all the best!