Travel Tip: Golden Lane, the most romantic street in Prague and tourist must-see

czechglobalhosts (79)in #traveltip • 3 years ago

Welcome to my Travel Tip series where I promote some of the most beautiful places, interesting landmarks and impressive architectural sites of my homeland, the Czech Republic.

Today, I have something special for you as I will show you the most famous, picturesque and romantic little street in Prague, the legendary Golden Lane. Located within the complex of the Prague Castle, the largest castle complex in the world, the Golden Lane is a tiny medieval street connecting the Dalibor Tower and Jeleni Prikop (translates as the Deer Ditch).

The street was built in the 16th century to house the castle guards but it was the goldsmiths who lived in little houses in the street one century later that gave the name to this popular Prague landmark. The goldsmiths were not the only residents living in the Golden Lane though. Many other craftsmen and workers from the castle started to build their houses in the Golden Lane, which eventually resulted in the lane to become extremely narrow. Historians claim the lane was actually less than 1 m (3 ft) wide at some points. It was not until 1864 when the extensions were removed and the street regained its original, medieval appearance. 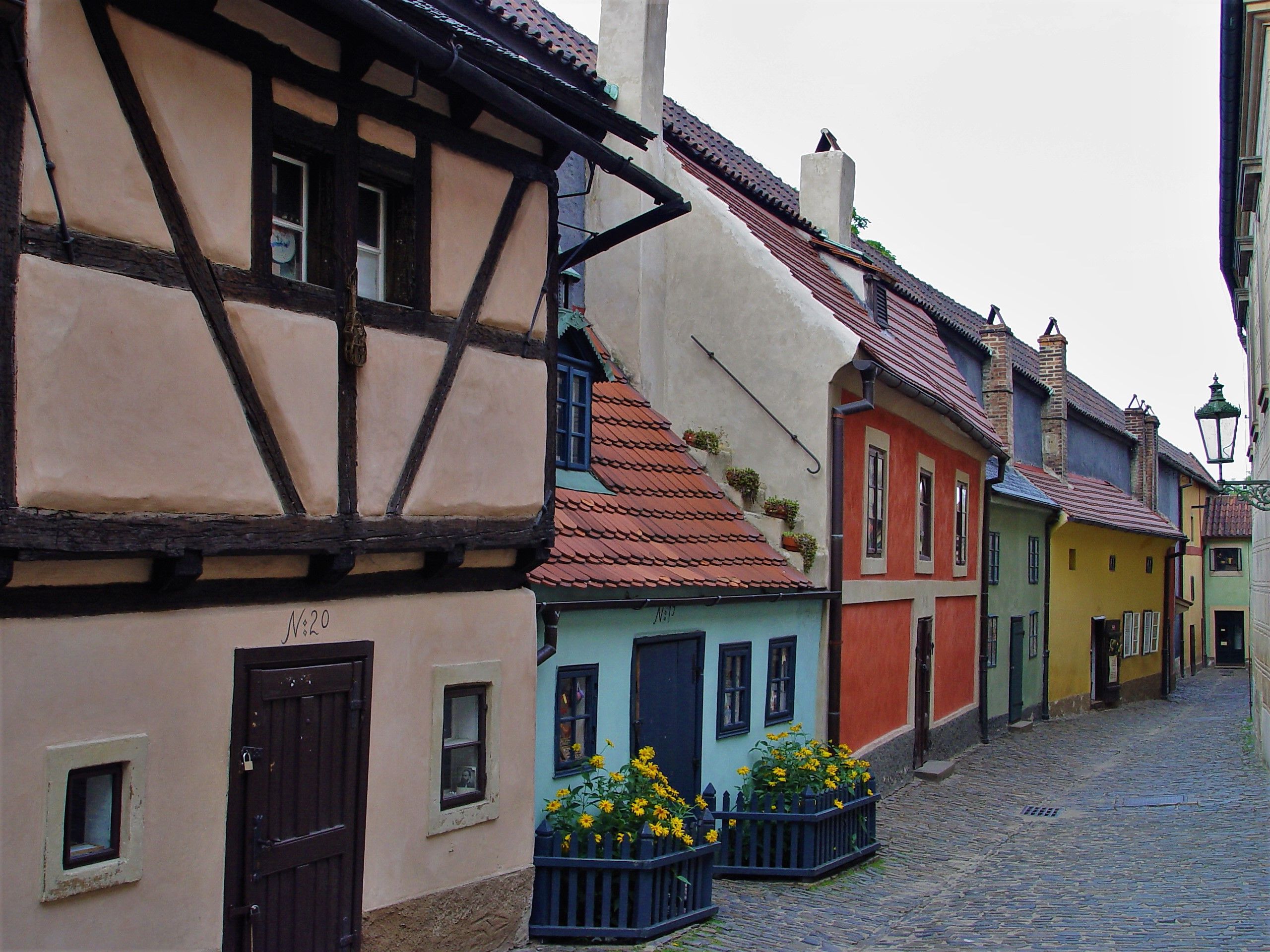 In the 19th and 20th century, the Golden Lane was also home to some of the most prominent Czech writers and artists such as Franz Kafka, one of the greatest novelist of all time, or Jaroslav Seifert, the 1984 Literature Nobel Prize winner. The Golden Lane underwent an extensive reconstruction between 2010 and 2011 when all of its picturesque tiny houses were renovated and painted so that this wonderful place can retain its unique historic appeal for future generations.

Please feel free to check out some of my other recent posts.

Appics ICO round C will be closing in few hours! Grab your XAP tokens while you can.

Prague/Czech Republic - Wednesday photo challenge - share your personal pictures from your visit to the Czech Republic!

Can you confirm that Michael Cohen and some Russians did indeed meet in Prague?

I am sorry but I have no info about that....

That's ok. I think they did, looks like a lovely place for a back channel meet up:)

Man what a time and place to be alive. Meter wide golden streets, Kafka writing crazy stories about flies and guys in cages, people working with gold making all sorts of cool nick nacks. Very awesome to get a glimpse into that world.

I know, right? Those were a very different times we can only read about or watch in the movies.....

This Lane seems a place of innovative and great minds who produced Franz Kafka & Jaroslav Seifert to show the world, how amazing this place is.

Is there any romantic story associated to this place too,because i did not get the idea why it is known as the most romantic street Tomas ?

Not sure about any true story but just the surroundings and the pure beauty gives it those credentials! I can only confirm that:)...

sir @czechhlobalhosts, That is such a historical street. I also think every travel fans should visit this lane once. Thanks for your kind post sir. You are great. Thanks for posting such informative and useful post sir. I am your great fan sir. Many many good wishes for you sir.

really! there we need to pay for visit? I think it would be so interesting place.

Thanks for bringing back my memories on Golden Lane during my Prague visit.

Would be great if you have some pics from your trip in order to participate in my Prague/Czech Republic photo sharing challenge - visit my blog for more details. I hope to see your entry. Tomas

could you inform me, who owns the houses on zlatá ulice? Municipality or private property?

I think the vast majority would be owned either by the city of Prague or Czech Government.

This is indeed romantic😍😍
I can already envision walking down the lane with a better half if I had any lol
This was an awsome post!!!
Loved it.

Oh, it sure is very romantic... I hope you get your better half so you can do that!

Lol. I think he got lost or he wasn't born on time.

It's the largest and very ancient street. Despite its an old street it is very well maintained and looks so great. Thanks for the share.

Yeah, the Government is doing a great job maintaining a vast majority of our historical site.

You every time introducing most impressive places in Czech. Golden lane wanna be glorious location to find who stay in Prague or who want to travel there. Everyone cannot find any guiders and you're the best guide in Czech. Better architectural buildings, towers there. Also most history has there.

Little street really very charming where the houses are all different in color but all identical in size.

The street are so historic and colorful golden matching

@czechglobalhosts, That would be awesome place introducing today about the legendary Golden Lane. It's very historical location. Your ancient details much better to know past history. After your post I saw images via web and exactly It's golden look. Prague had greatest artists and writers. Czech republic is a great travel attractive country around country. Sure I'll definitely visit to Prague in future. It's my dream. You giving priceless effort to bringing me there. I have no more words to give you thanking.

A place with a lot of colors that inspires romanticism, reminds me of a corner of my country Venezuela called Colonia Tovar.

I will not upvote your post but will give you a great advice. Stop soliciting for upvotes since it won't get you any!

I Agree with you @kouba01

Little street really very charming where the houses are all different in color but all identical in size.

its dam true i think. thanks for share your article @czechglobalhots

400-500 years old historical road but amazingly in well maintained conditions. Being a part of largest castle complex in the world, the Golden Lane has rich traditional history. Thanks for sharing all the history of golden Lane. Hopefully people who will visit Prague castle love to visit golden Lane. After reading your last post. May is the best time to visit. Thanks for sharing @czechglobalhosts

The golden lane really looks gold at night even the houses have different colors. You have been sharing great places of your country with us. Its a good way to promote your country. Keep it up!

Dear sir @czechglobalhosts. it's a great post sir.
That is such a historical street. I also think every travel fans should visit this lane once.Golden lane wanna be glorious location to find who stay in Prague or who want to travel there.After your post I saw images via web and exactly It's golden look.it's a beautiful place that you captured. Thanks a lot dear for sharing this historical place. keep going sir. I am with you. Best of luck sir.