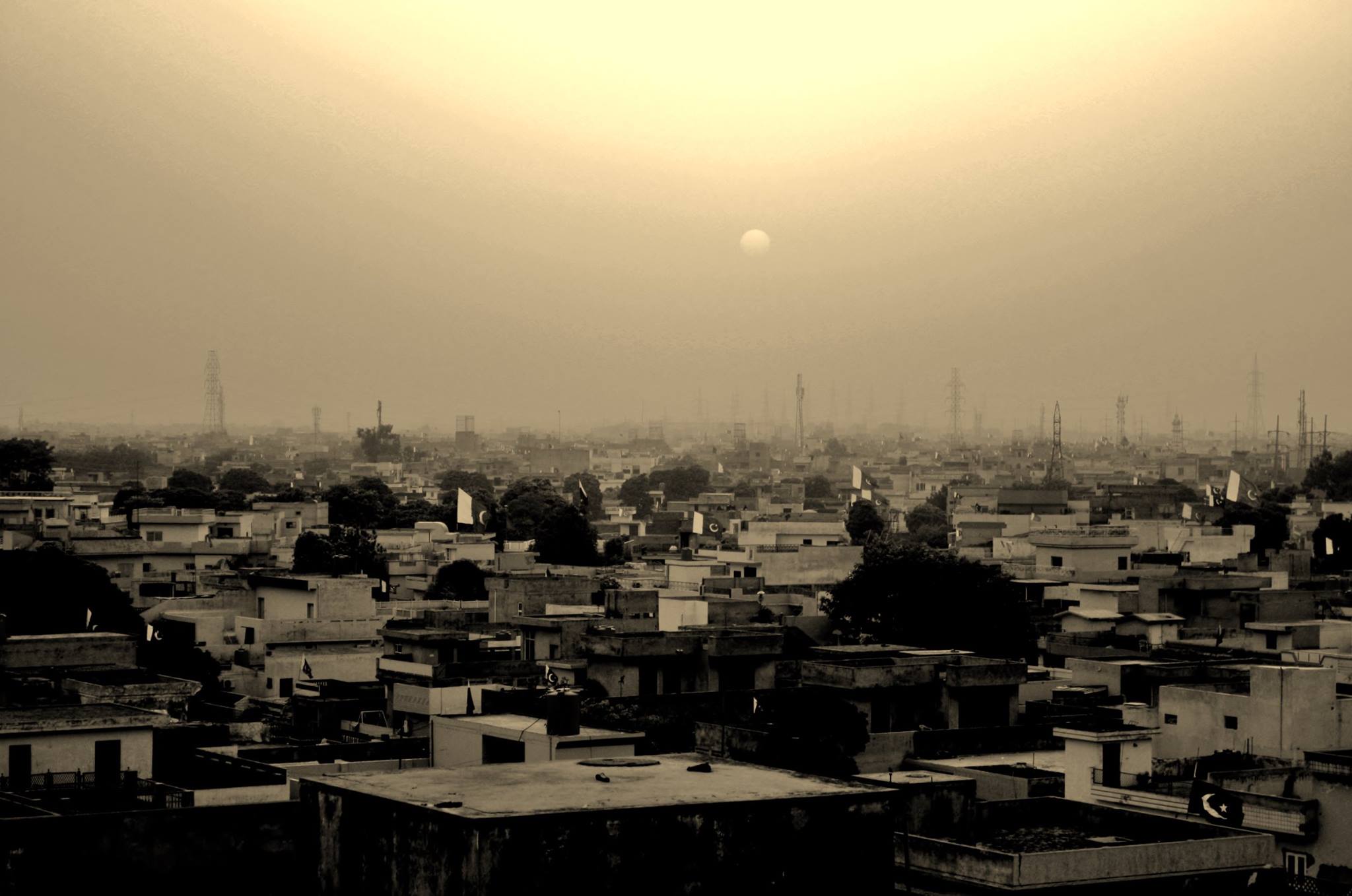 3 summers ago, I've decided to go for an university internship somewhere aboad. The country of my choice ended up being Pakistan - country I've heard of only as a terrorist paradise before. It all happened in summer 2014 and changed me more than I'd ever expect.

So the last post ended with half-drunk me getting on the plane. It was a 6 hour flight to Dubai and last night I've slept just 3 hours. Despite this, I was so scared and excited that I could not fall asleep. So I've asked a flight attendant for double coffee and took out my always-present journal and pen, started writing...and stopped after 6 hours :) 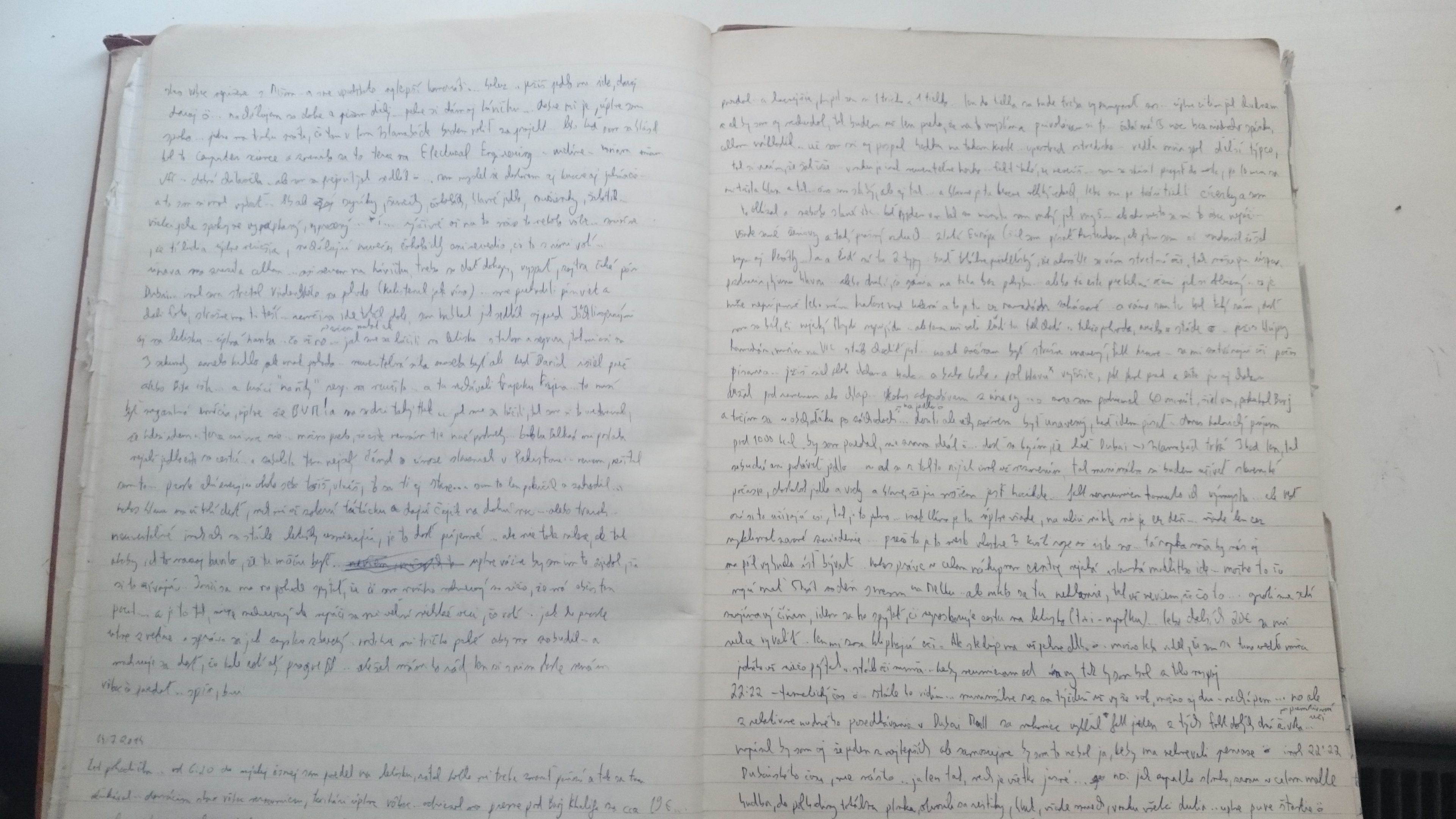 I still have all those memories with me :) That's why journals are awesome!

Around 7:30am (Dubai time), an Airbus with now already hangover me touched the runway. I could feel the crazy heat just in the tunnel connecting airport hall and the plane. And it was just 7:30! My head was hurting AF and I needed a water - urgently! From some reason, most of refreshment shops were closed. WTF? I just got out of the airport as soon as possible and took the first cab to "some shopping mall near Burj Khalifa".

Cab driver dropped me by the biggest shopping mall in the world. It was already 9:30 and me basically dying of thirst entered it expecting fireworks inside. But there was...nothing. I've done the whole circle in the mall and it took me probably more than an 1 hour - and saw maybe 10 people. At the end I asked a charwoman with completely dried out mouth "Where can I buy some bottled water?"...."No water sir, Ramadan Mubarak!" You don't expect this calm environment in the biggest mall in the world. Unless it's islamic holy month Ramadan.. 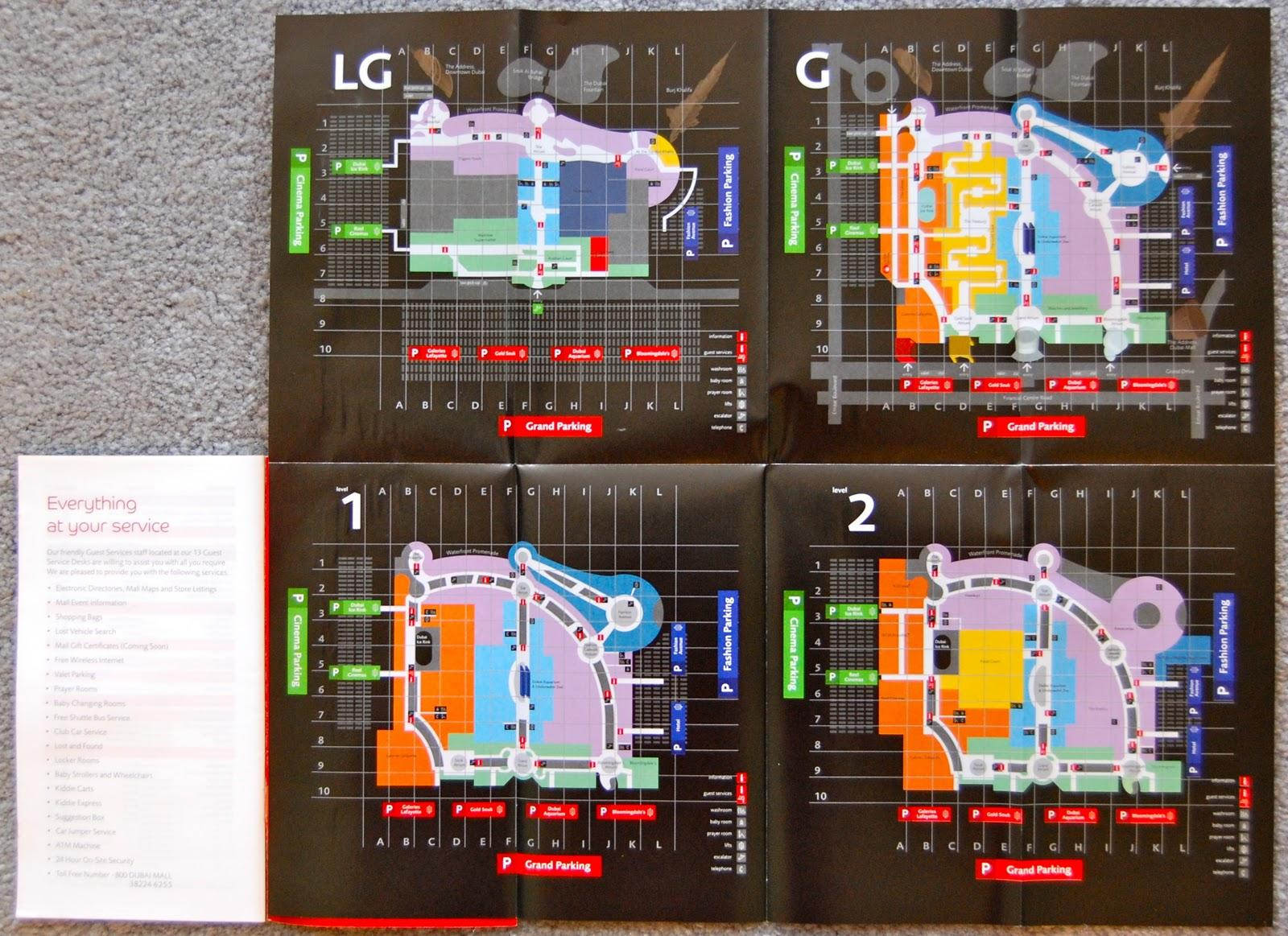 Floor plan of The Dubai Mall, the biggest mall in the world. 4 storeys, each one bigger than average mall back home...

Because I was starting a road to bodybuilding stardom those days (:D so stupid), I had some protein bars packed with me. As I've just learnt, people were just in the middle of their month of fasting so later in the day I locked myself in the toilet cabin and wanted to enjoy my nutritious bar without publicly violating local culture. As I was trying to open the package, bar suddenly fallen out. My natural reflex was to try to stop it with my foot, but I've never been good in soccer - so instead of lowering impact of the fall I've kicked that bar across several cabins to the left :D I've heard someone saying something in Arabic and I better quickly left the toilets.

I can just imagine those hungry fasting Arabs sitting on the toilet thinking what will they eat after the sunset when suddenly chocolate protein bar flies across their toilet cabin :D Burj Khalifa and others

After protein bar experience, I've decided to better leave the mall. It was 47 Celsius degrees outside - I swear, check historical data. I took a cabin to just show me around the city and then eventually came back to the mall. Also, my phone died so I don't have many pictures. But Dubai is..crazy. I honestly didn't really like it much. It was just out of the world crazy city built in the middle of nowhere. I didn't feel any cultrure or history there, it was just plain modern craziness. But I have to admit that night Burj Khalifa and evening dancing fountain show were stunning! 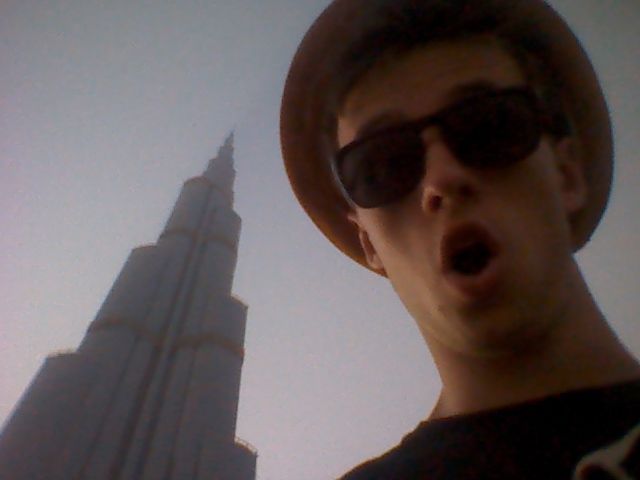 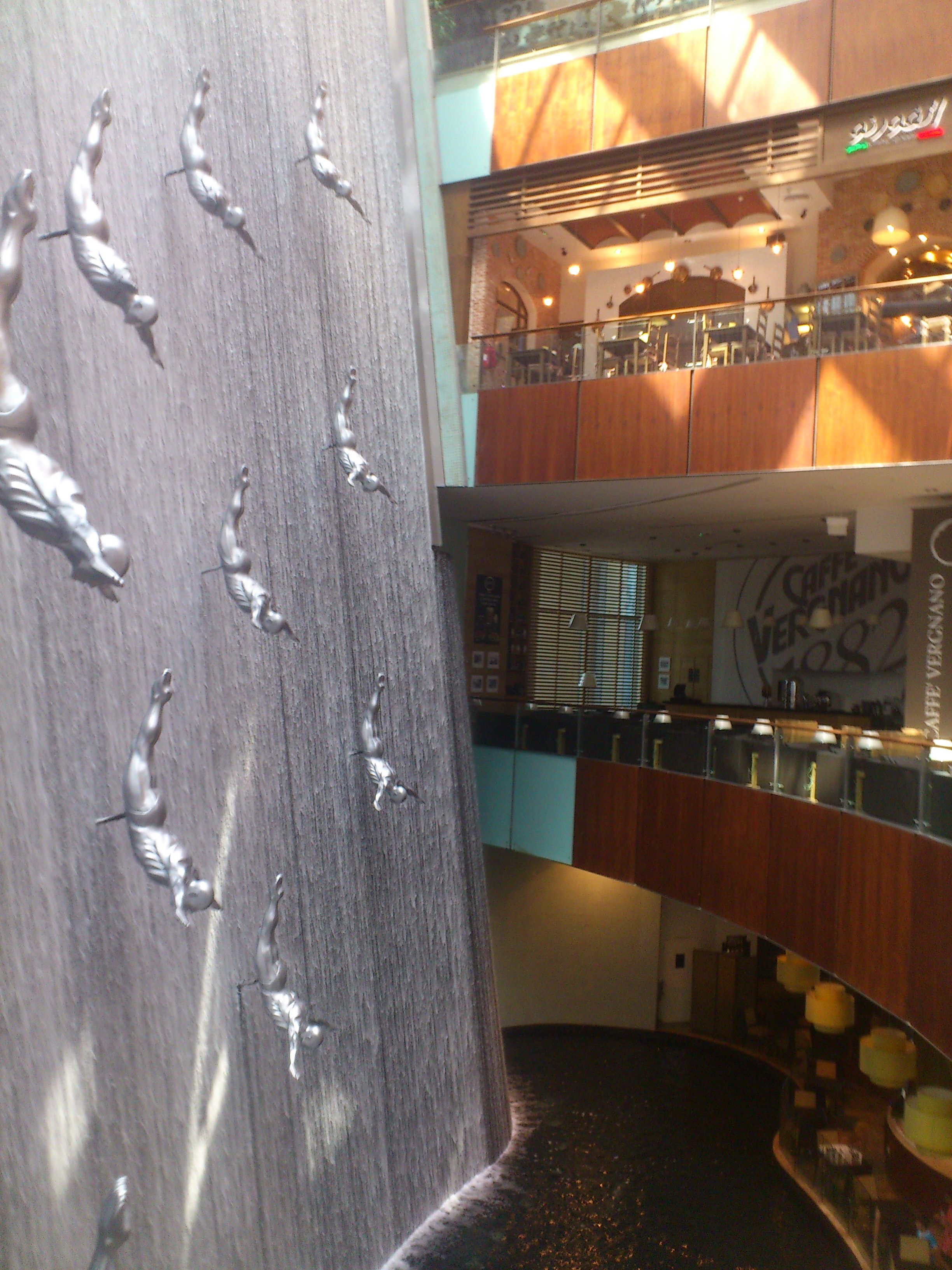 As you can see, during evening dancing fountain show under Burj Khalifa, everyone was recording so I've decided that I can for sure find thousands videos online. So rather than recording I just enjoyed it 100% - meaning this video linked is not mine :)

After evening fountain show, it was time to return to the airport. You can read about unexpected events there, some journal entries from airplane and my arrival and cultural shock in Islamabad in post next weekend, because this is getting too long already :)

Those tree months were probably the most important 3 months of my life so far. I've realized many of true life's values, met AMAZING beautiful people, saw some real hard life stories and but also a georgous country and its culture. I've also understood what real islamic religion is about and how massively misinterpeted it is in the western world.

What I've learnt summarized in 10 pictures

These pics are going to be present as a footer in each post in this series because people usually don't read posts here on Steemit, so I hope at least these pictues will be able to spread my message effectively... Not enough place for separate dishing, massage parlour and butcher's, no problem :) 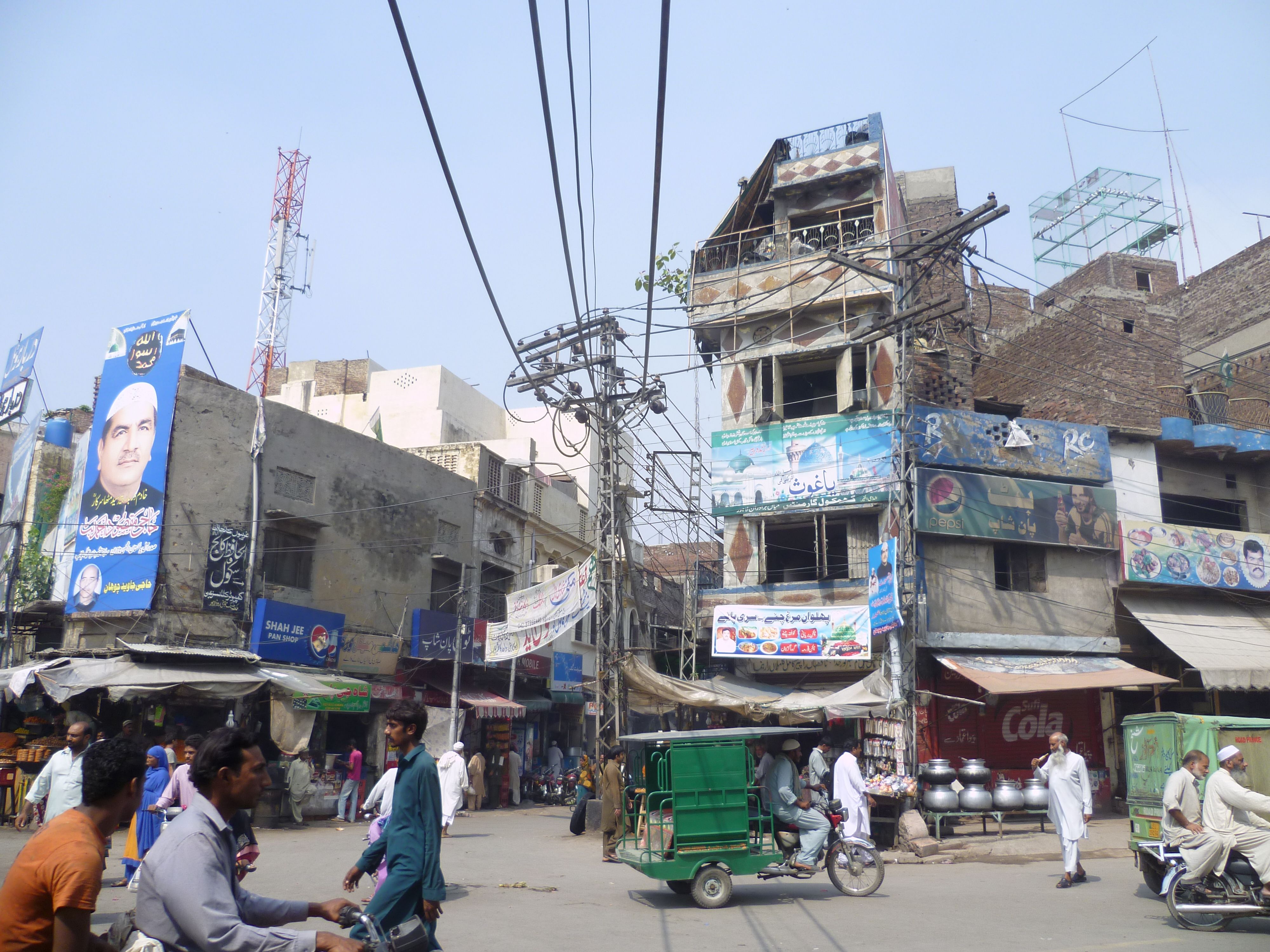 No traffic lights, no problem :) No local aquapark, no problem :) 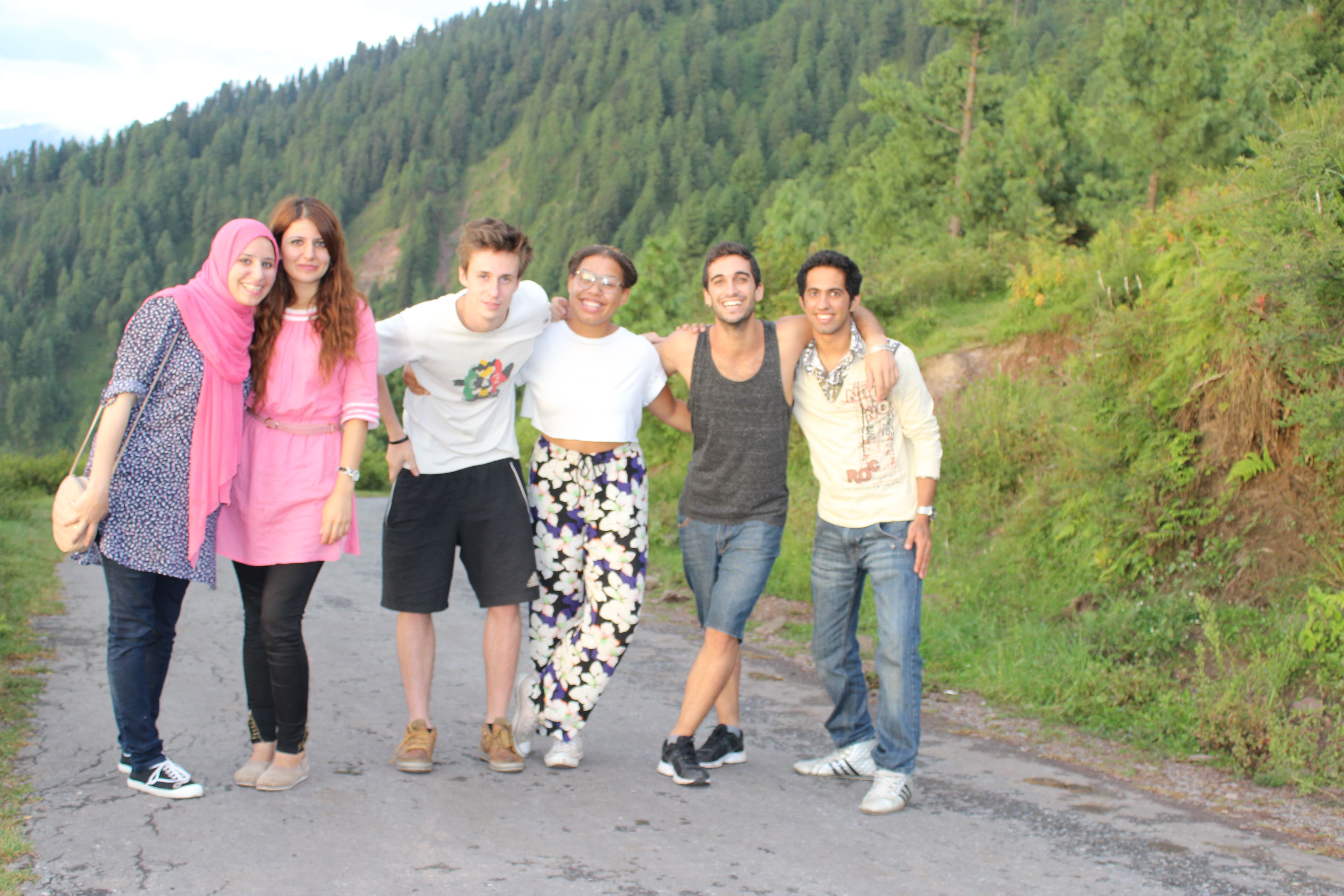 No bridge, no problem :) 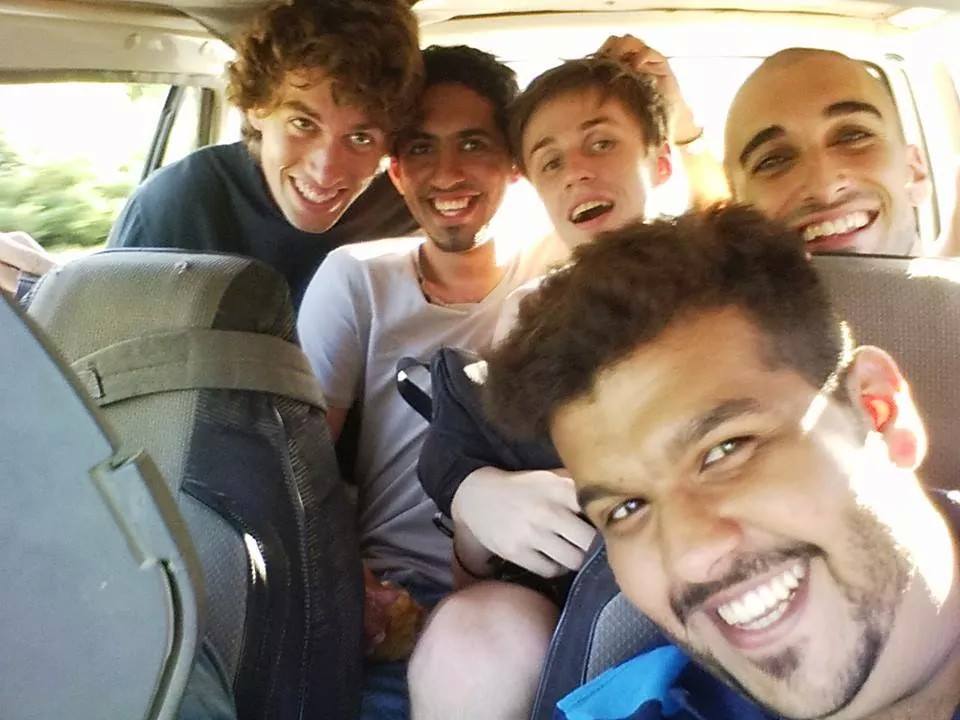 Not enough seats in beetle-sized taxi, no problem :) 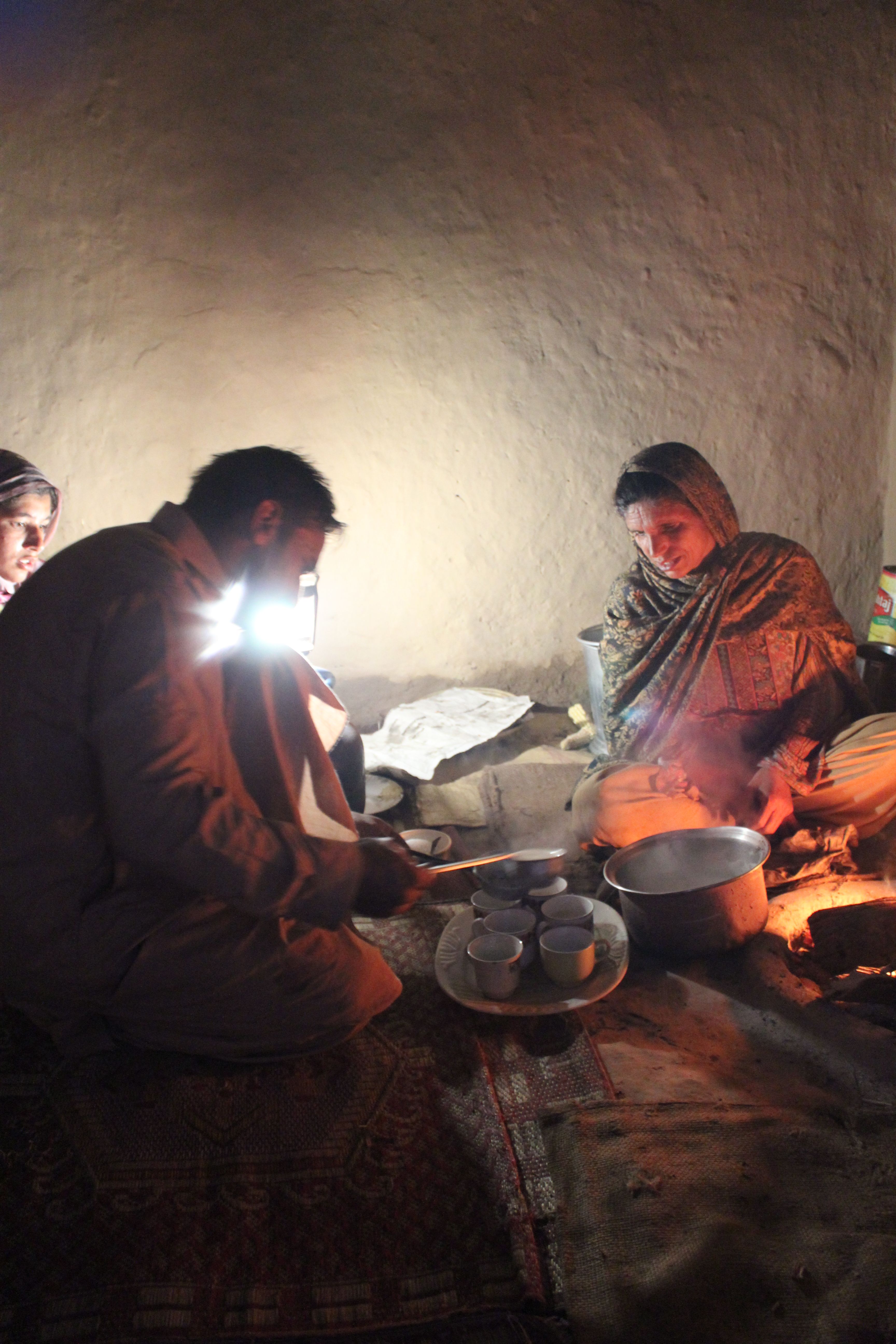 Living on the Himalayan hillsides, no electricty, no heating, no problem :)

Now let's talk together about our difficult tough lives and our problems...

I hope that in these posts I'll be able to properly explain what I've experienced that summer so you all could get some value out of it.

Author of the title picture is my friend Abdul

Thanks for reading!
Martin

You can find my latest posts here:

Submit
$5.94
66 votes
10
Authors get paid when people like you upvote their post.If you enjoyed what you read here, create your account today and start earning FREE STEEM!
Sort Order:
[-]
travelfeed (72)  ·  2 years ago

You seem to be living an amazing life! I started following you, very curious about your upcoming adventures.

Hahh don't get misled :) I'm currently stuck in Innsbruck with my Master thesis and 9 to 5 job four times a week haha :D I like both, thesis and work though...but yeah, we always post just the life highlights on Steemit right? :)

Followed back, you're from Amsterdam and look like my crush, there's no choice for me :D Jist kidding, your amsterdam post was dope, especially that pic of couple riding the bike face-to-face style

Wow cool! I might be entering a similar period, it just depends whether or not I'm going to start my Master's degree. Good luck keeping it up, I'm sure you can do it!
Hahaha thanks. There's so many amazing pictures of weird bike-riders here. It's like the Vietnamese and their scooters..

omg, I feel so sorry for you and your protein bar!! That's so funny!!

Hah yepp in hindsight it was pretty funny :D Not sure if the hungry guy sitting on the toilet found it funny, when suddenly nice chocolate protein bar ended in his cabin :D

A life of discovery and adventure!

Very interesting look into your travels and I can't wait for the next one!

What a great experience! Most people would never choose a destination like this one out of fear, but this is proof that we are all being influenced by the media. Thank you very much for sharing!