Marriage is a chaste union between two person who have agreed to be exclusively devoted to each other. "A marriage bed should not be defiled," so says the holy book. This statement entails that sexual relations should be restricted to inbetween the couple only.

However, this is sometimes difficult as a result of the imperfect nature of man as the faithfullness of either partner can be put to test in various situations including workplace, recreation centres or even the curch. Safly, many fall into the trap and cheat on their partners with impunity.

In most cultures around the world, infidelity is only frowned upon and nothing else is done about it whereas in other cultures, there is more to it.

Let's take Akwa Ibom State of Nigeria as a case study. This is a small state in southern Nigeria, the largest country in West Africa and the most populous African Nation. Akwa Ibom State has an ancestral demonic spirit believed to act against infidelity. This demon is called "Ekpo Nka Owo" 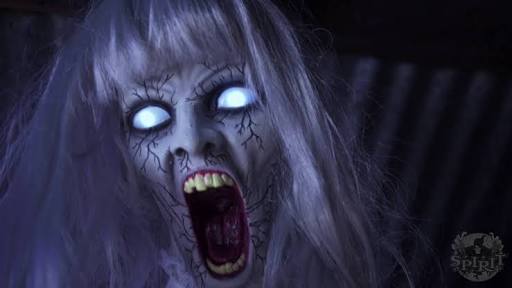 
HOW DOES IT WORK
If a married woman commits adultery, this spirit attacks her especially when she is about to give birth. The spirit torments her and gives her an option to confess to "Ekpri Akata," the spirit of the Departed. If the woman confesses, she might be saved. But if not, she dies a gruesome death.

In some cases, the husband of the woman who commited adultery is the one that is punished. Strange! isn't It?

For centuries, Ekpo Nka Owo has been known to stir fear among married women and encourage marriage fidelity. However, since the advent of Christianity and Western Religion, this spirit does not appear to be active any longer. This might not be unrelated to the fact that no one renders sacrifices and pour libations for this it anymore as this is believed to be the major factor which sustained these spirits like these which prevailed prior to the introduction of Western Religion into Nigeria. Image Source
Feel fee to use the comment box . What are your views about Ekoo Nka Owo? Do you think that punishing a man for the sins of his wife was appropriate? Do you think it was fair for this spirit to attack only adulterous married women and their husbands but not married men?

If you learnt from this story, kindly upvote,comment and resteem. God bless you

Oooh daa!! This is a confirmed Akwa Ibom guy. Lol. I understood everything you wrote. Just that I can't write it. I learnt about Ekpo Nka Owo from my friend in school. Dad never told me about it. I didn' t even know that the men are the ones that invoke it if I got you right

You just said "good post" and in your your last 100 comments you used 63 phrases considered to be spam and you made this exact same comment 1 times. You've received 30 flags and you may see more on comments like these. These comments are the reason why your Steem Sincerity API classification scores are Spam: 58.10% and Bot: 2.50%

I think the gods are unfair.
Apart from akwaibom, in order states too.you discover the man that is involve in adultery goes unpunished , leaving the women to take the shame and punishement