Travelers Honeymoon ~ episode 10 ~ The Meeting of the Three Seas 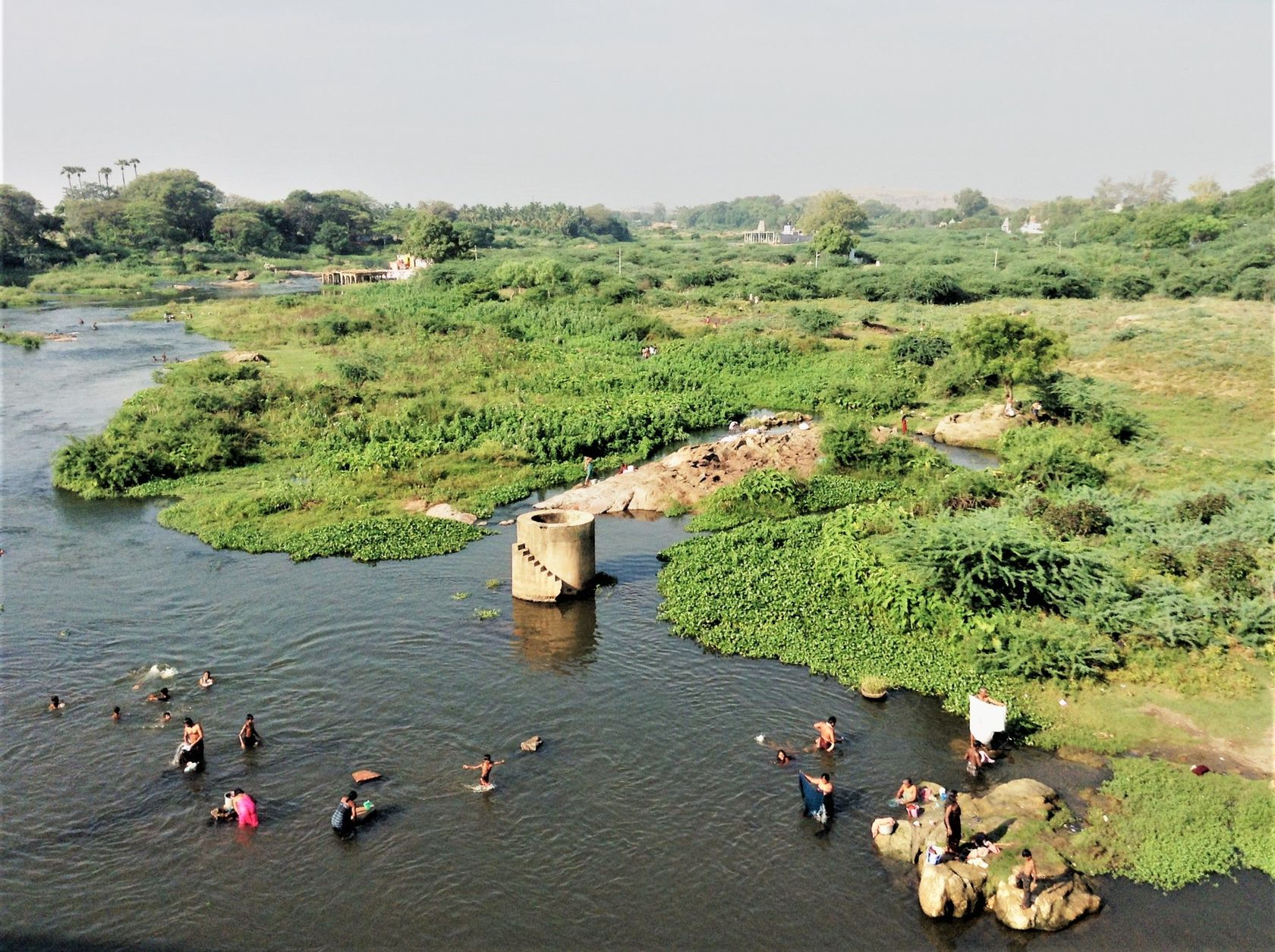 Welcome to another episode of Jessi and Greg's Travelers Honeymoon, we got married once in the desert and once again by the sea. These are the stories of our Eight Months Honeymoon. What better test of compatibility is there than traveling on a shoestring with your partner....India can really make the best and the worst come out of you... sometimes it's Heaven and sometimes it's Hell!

We left off in our last episode in a space where I wasn't feeling the best I ever had. I had gone through a Roller Coater of Hell for sure, never had I been so sick to my stomach in my life! Shortly after seeing elves trying to send me off to a Utopian city build in 1068, we started our long journey to the southern most tip of India, Kanyakumari. I am sad to leave the Andaman Islands in this episode but also excited to move on to new adventures... I was still feeling a little ill, but we had mad it back to Chennai and we had a long train ride to look forward to.

When we got there, of course we wanted to get some food, but we moved right away. We found our way to a local train that took us a bigger train station, talked to a few locals, finally ate and found our train to Kanyakumari! 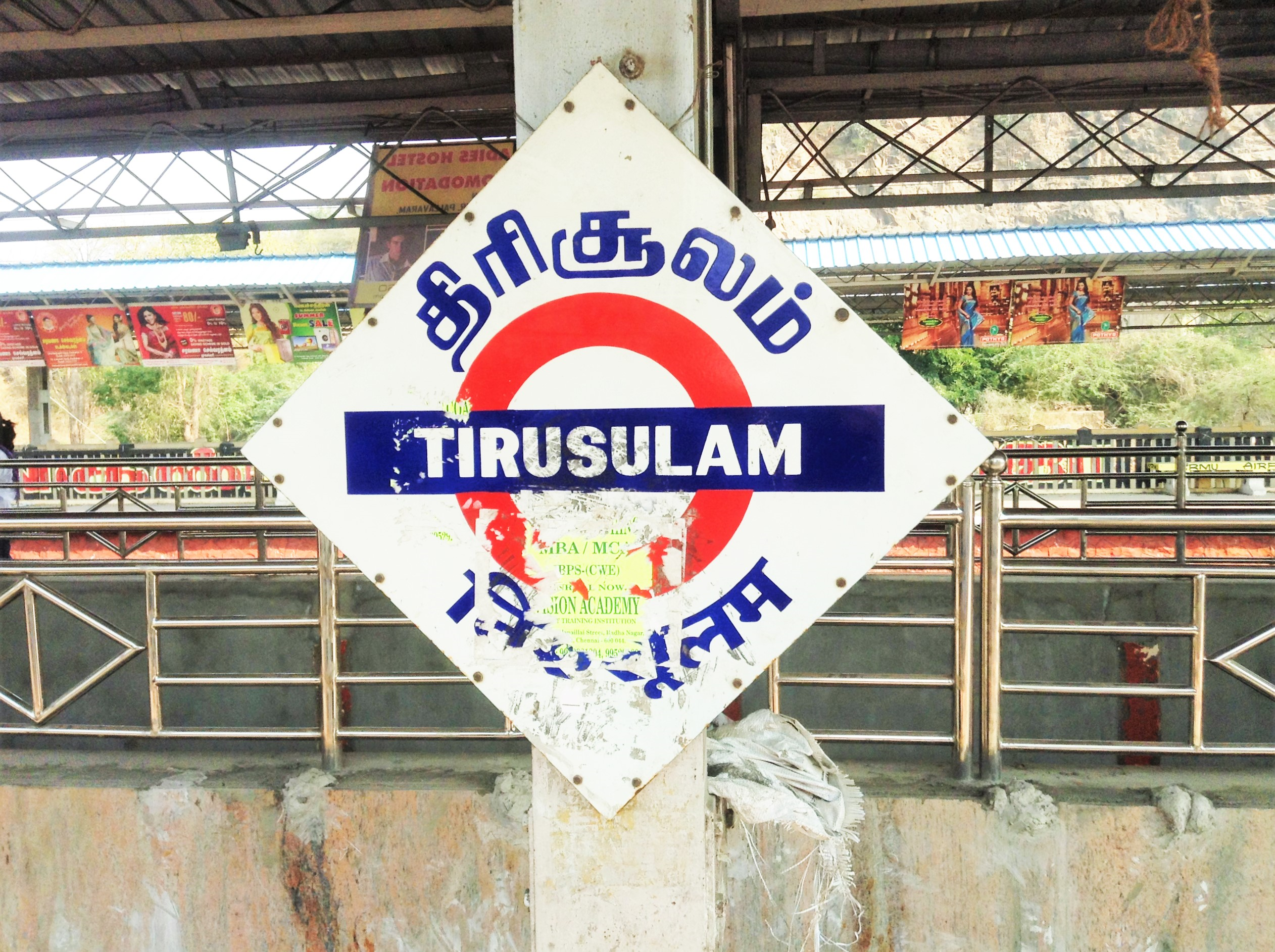 If you ever need to get to the local train station, it's in walking distance from the Airport. The second to last leg of our journey to the very best sunsets in all of India, Kanyakumari!

Here we go...Indian Trains are a blast, the lower class seats you get the best time you will have!

On the train we had settled in the wrong car, which is very common a mistake in India... Not much is very well labeled and when it is, it's not quite the common sense we're used to in the west. After moving on to our actual assigned car and seats, the family we sat near, offered us food. I tried to refuse what they were offering me, not because I was programmed to be polite but because my belly was still somewhat funky. The food smelled delicious and after so many attempts at telling me oh just have one chapati, just one, I accepted and we ate together, I couldn't resist mutton and as always home cooked Indian meals are so amazing...and spicy! 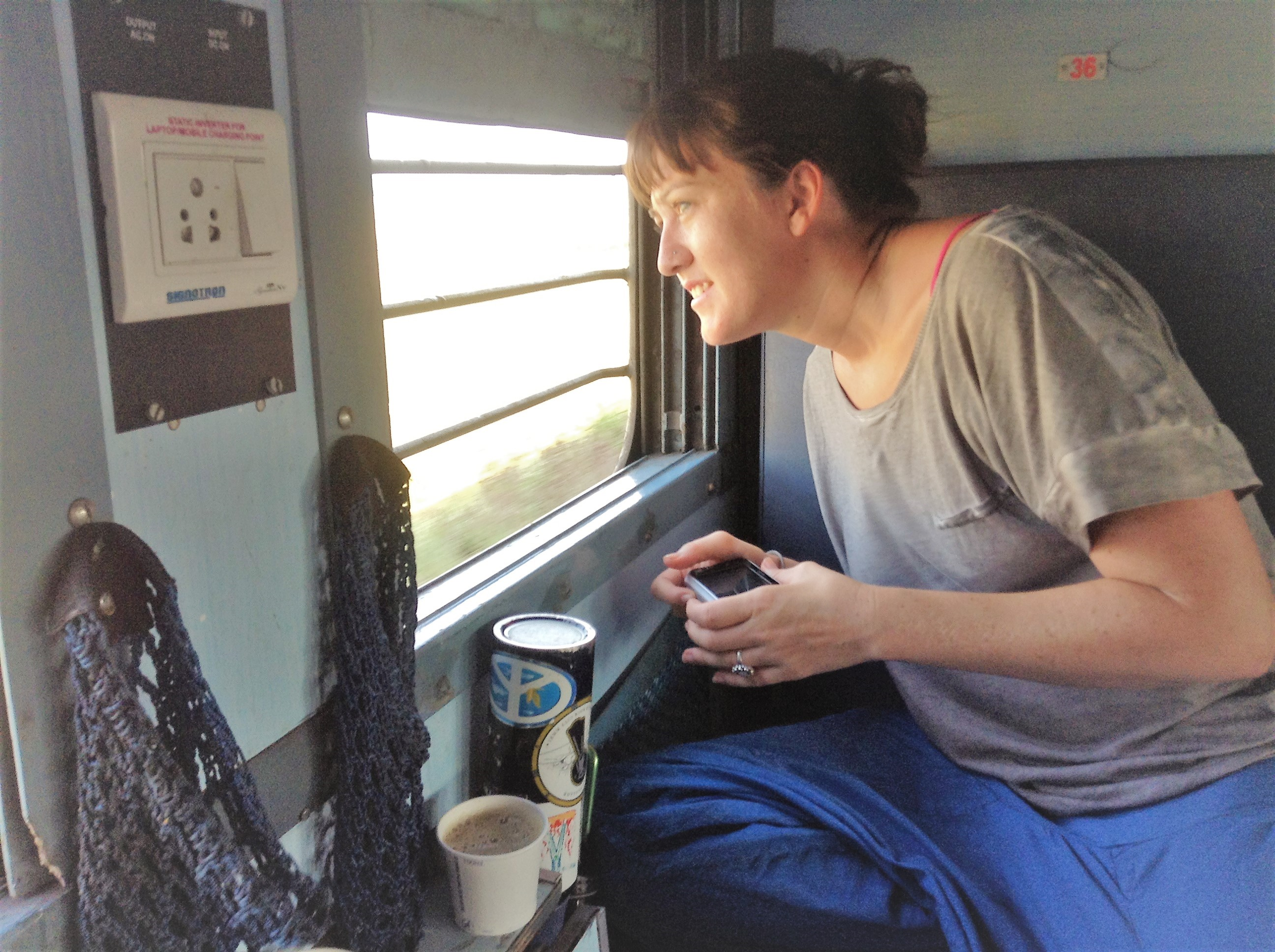 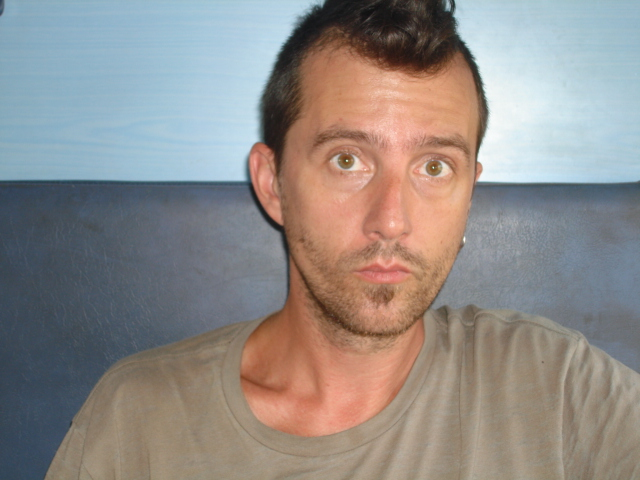 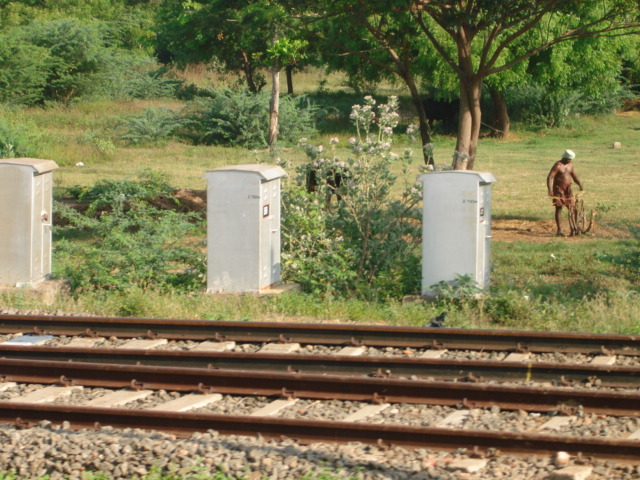 I fell asleep right away that night after dinner. I was comfortable on my sleeper bed, because I was still feeling weak I didn't care that the bed was so thin and the fans were working. The train took only so far and we found the bus that would take us the rest of the way. 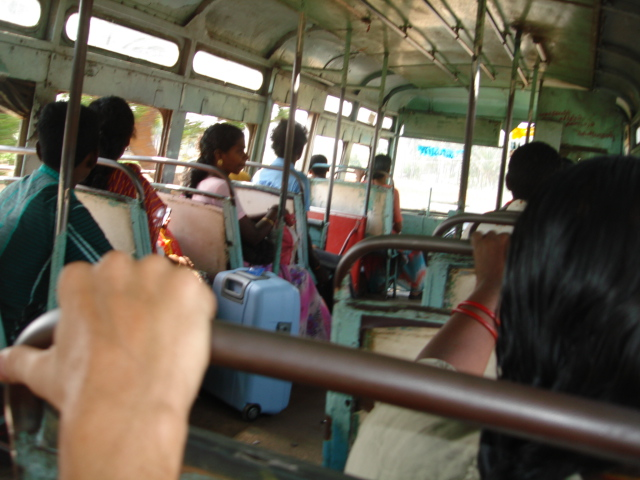 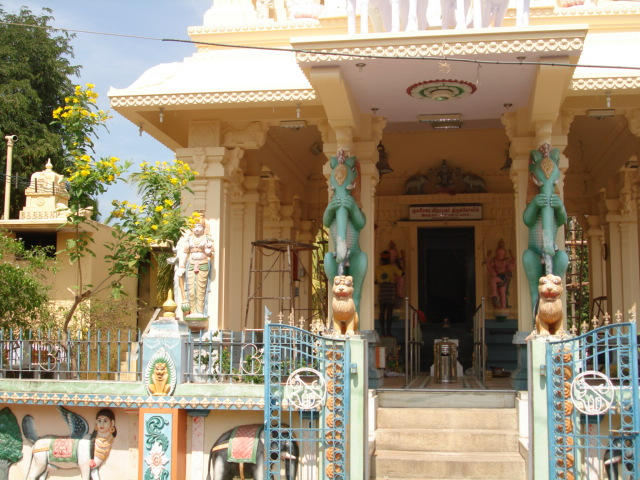 When we got to Kanyakumari we got ourselves a nice hotel with a pool, walked into town and skipped the line at a temple by giving a priest some money. There's a nice promenade to do around the old city where you will find all sorts of tourist attraction. It was a bit like a carnival or festival with actual snake charmers and fortune tellers. Most everyone seemed in a good mood, kids were running around chasing each-other, wild dogs were trying to get there attention so they could play too, cotton candy was the hot item, lots of couples in love excited for to share a sunset together... 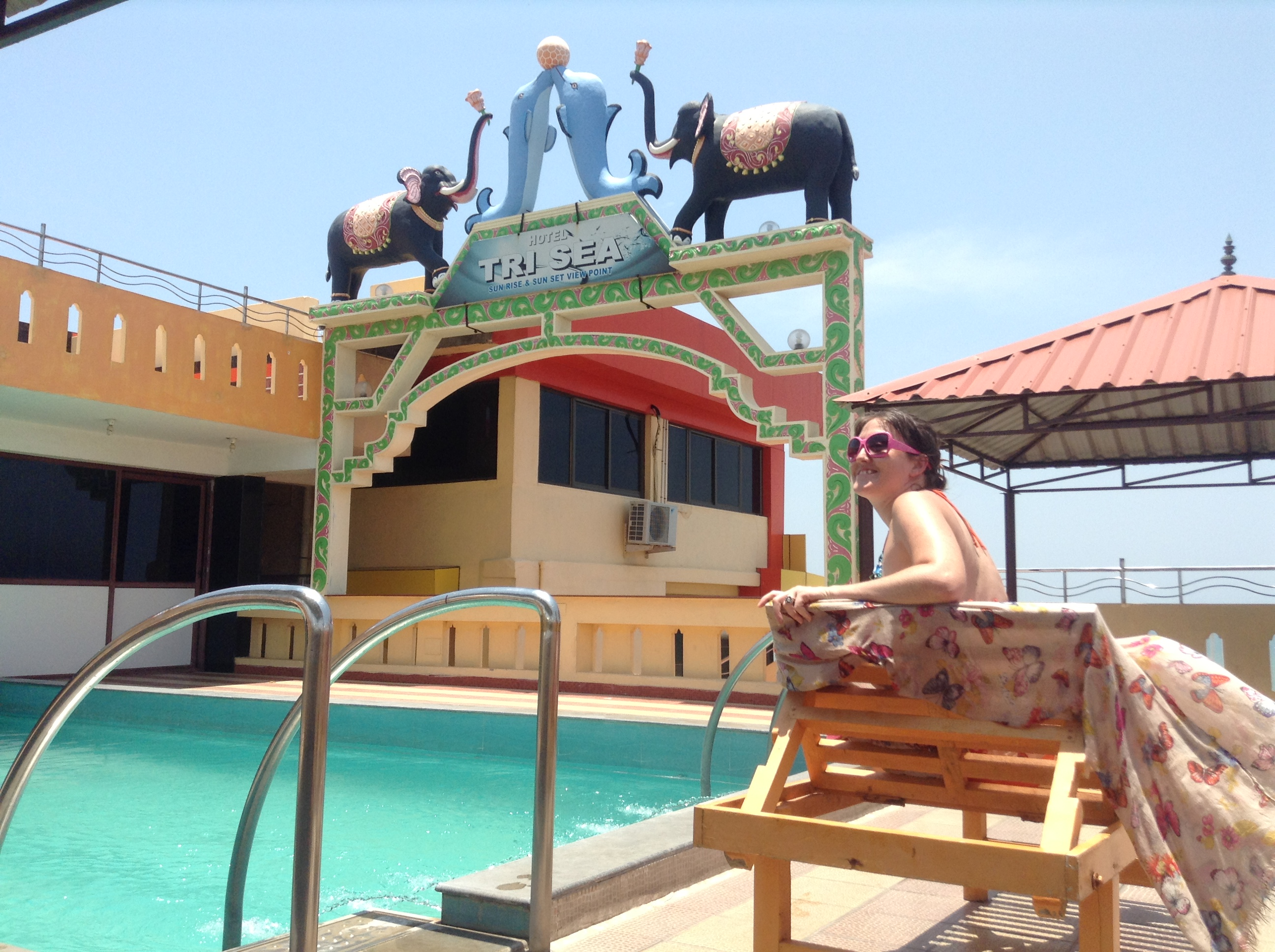 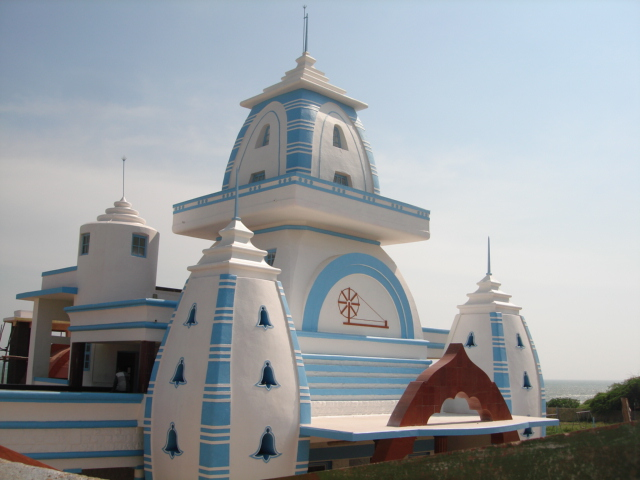 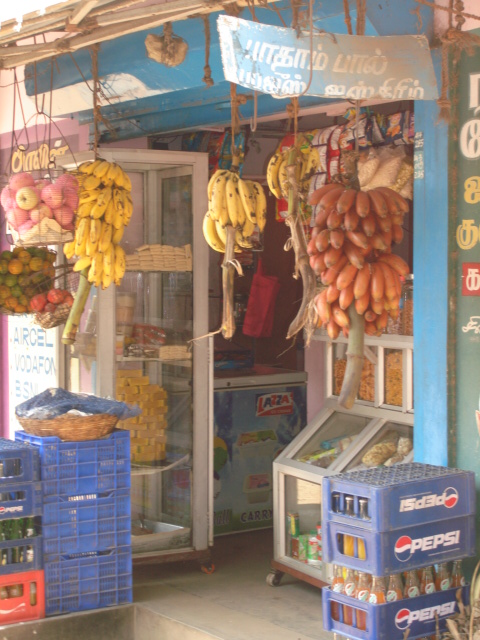 As the sun was slowly making it's way down, more and more people were gathering. Soon enough there was not much room to move about the streets. We decided to make it back to our hotel before it became too difficult and watch the sunset from our balcony. 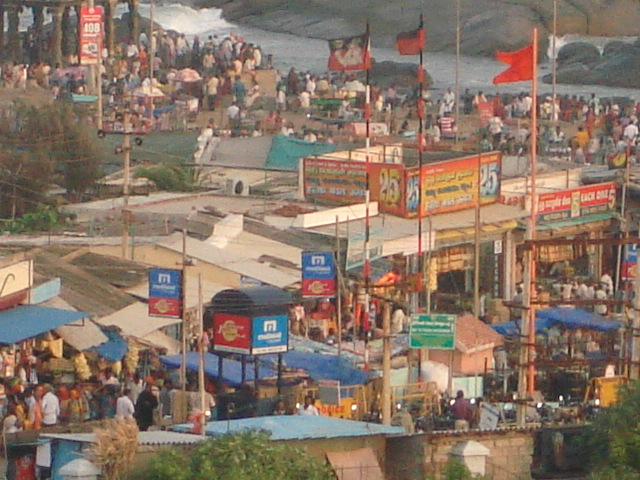 They say the best sunsets are here at the tip of India where the 3 seas meet. It was great but it wasn't the most precious thing we had ever seen. We only stayed one night and perhaps the sun was having a bad day and couldn't perform as well as usually, but the next day we were heading towards Kerala to have a honeymoon splurge on a house boat.

Thanks again for reading our adventures...! 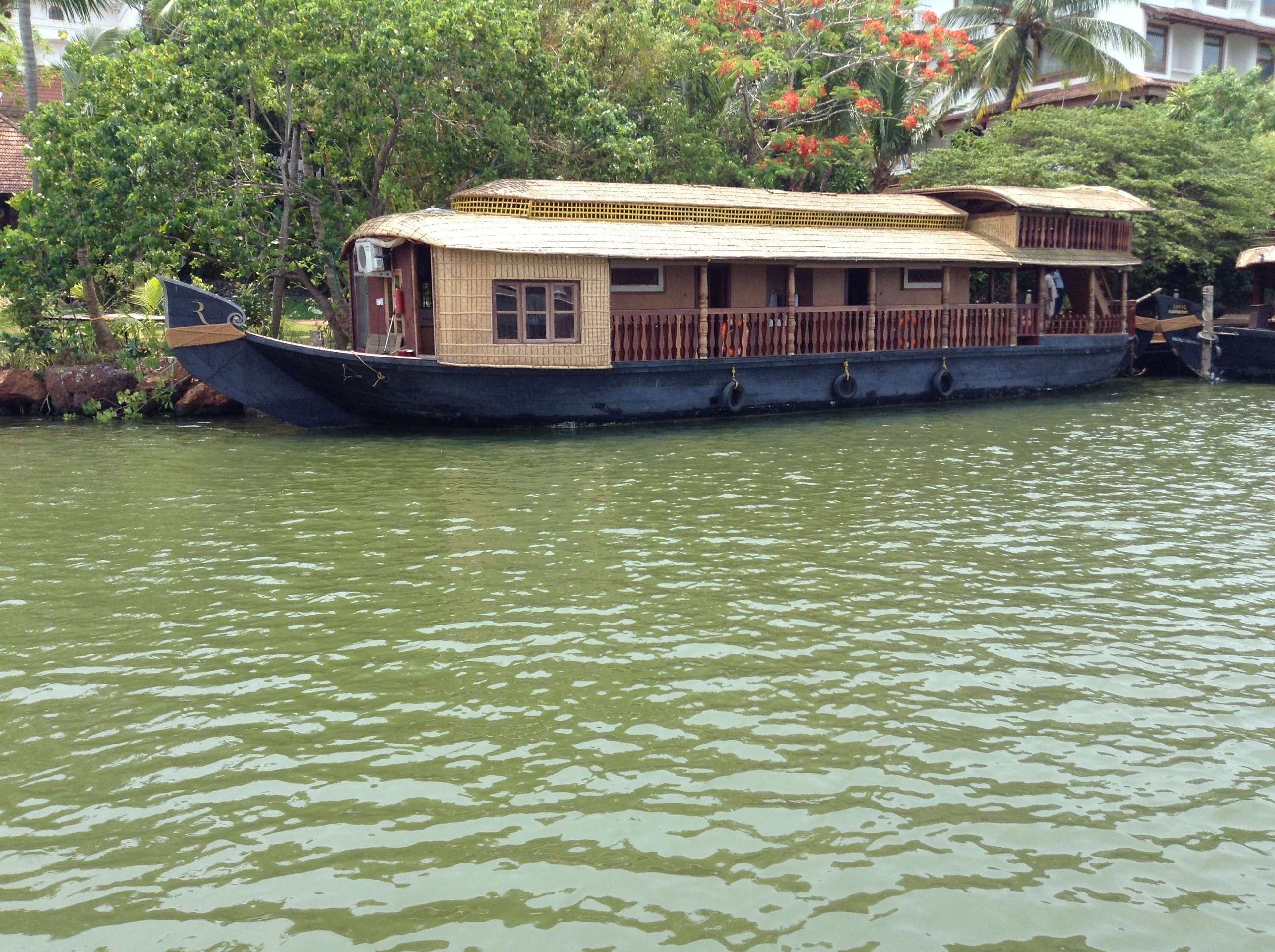 If you really want to know what is inside this Coconut, take a look at Humans Of Steemit.
QUOTE OF THE MONTH @MountainJewel
It's not a question of the earth's survival, she is strong AF, but of our own!
AS ALWAYS... THANK YOU FOR LOOKING, YOUR SUPPORT IS GREATLY APPRECIATED.
Up-Vote, Re-Steem and Reply. Your comments are very welcome! Don't forget… #DreamsComeTrue!
#naturephotography #ocd-resteem #travelfeed #india
3 years ago in #travel by senorcoconut (66)
$0.99
41 votes
Reply 15

Wow. These train rides! <3 It's so lovely to meet some locals who want to share their country with you :-) Glad you've experienced this, I have yet to travel to India! Lists, lists, lists of wishes...

Takevyour time in India, it is a place that can really test your patience. But it is also so big there are really years of traveling to be had in India!

Congratulations! This post has been upvoted from the communal account, @minnowsupport, by SenorCoconut from the Minnow Support Project. It's a witness project run by aggroed, ausbitbank, teamsteem, theprophet0, someguy123, neoxian, followbtcnews, and netuoso. The goal is to help Steemit grow by supporting Minnows. Please find us at the Peace, Abundance, and Liberty Network (PALnet) Discord Channel. It's a completely public and open space to all members of the Steemit community who voluntarily choose to be there.

SC your posts look great! Maybe the best I have seen! Brother, you inspire me!

Thank you so much @binaryflat. It's a great thing to hear!

The location looks very nice! I love chapati! The food sometimes is a problem. Which train class have you travelled with?

It was a lovely location! We took a second class train.

Sleeping class is what we always take when it's available, I never found them all that disgusting except for the toilets.

I sometimes found very dirty with rats around. But is just my experience . Fortunately it is not always like that

I always had a feeling there were rats, that's why we liked the top bunks, and they're closer to the fans when they work!

Took a train once from Calcutta to Bombay... that was a long ride!

That's funny I talked to somebody about this possibility of visualization when you are sick...

Yeah, I guess you could say embarrassing. I don't know I never looked at it that way, when I'm sick it's always me first, I concentrate so much on just getting better I don't take the time to care how others see me. I like to visualize these tiny little beings, who are the immune system army going around the areas that feel bad to fix and repair everything they can (which by the way, being sick or feverish is a good opportunity to practice visualization....better than worrying I say!)

That's it for the sunset... It wasn't the right time of year for the sun to set over the oceans, or we were too lazy to go to the shore to get a better view maybe! 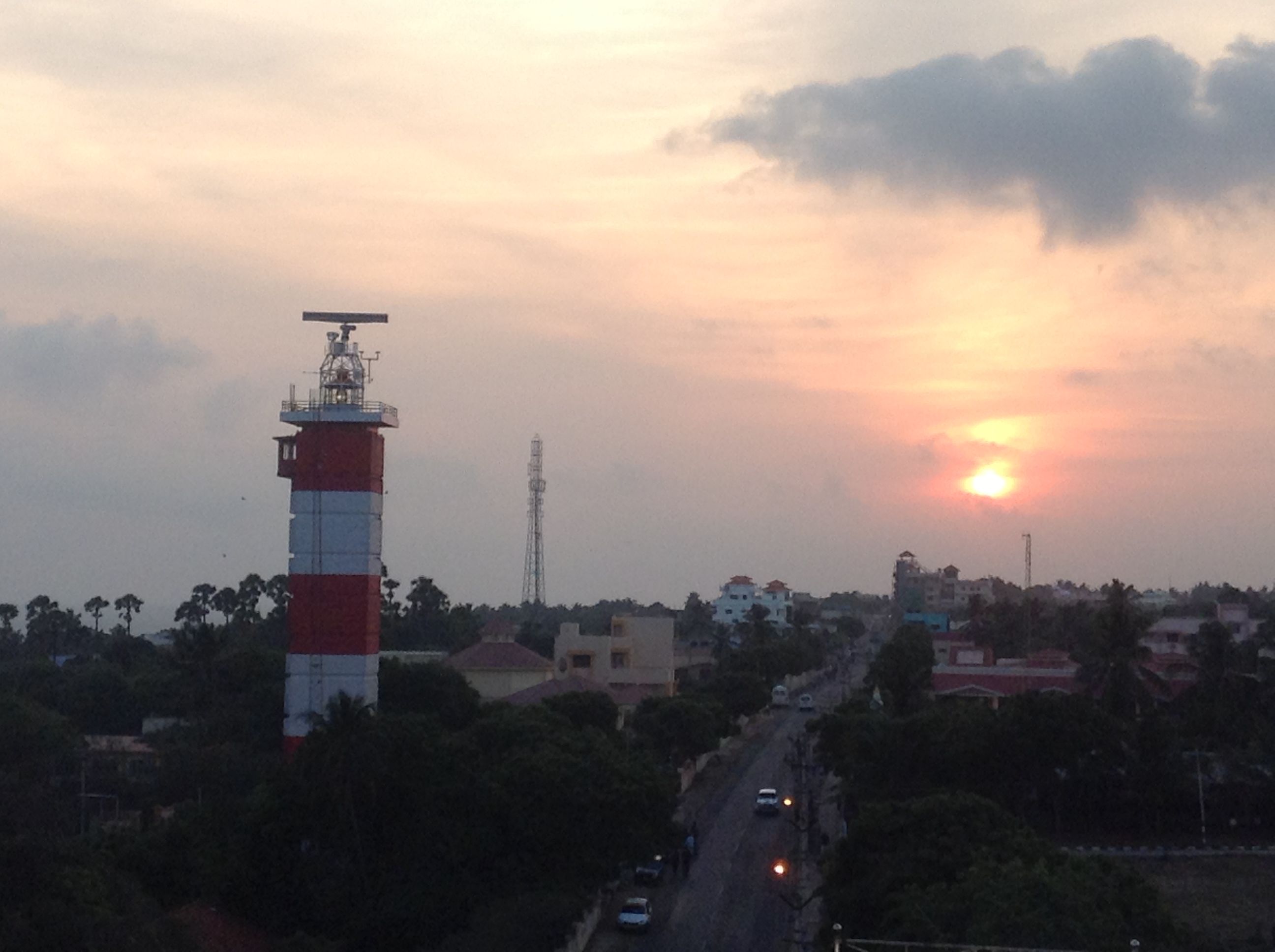 Sorry about your illness. I think it's inevitable in India to get the Delhi belly. I've ridden on trains in India. Quite an experience.

I think you're right, though the first time I had gone, I never got sick and I was there for 6 months eating tons of street food learning a little Hindi with the street kids in Bombay... My best train ride was from Calcutta to Bombay, something like 36 hours if I remember correctly!