Places in Georgia that you must visit

Georgia Georgia is located in the South Caucasus. Very beautiful country, but
is not big country, in one day you can pass all borders. Climatic zones are very different. From cold ice mountains to subtropics on coast. Also Georgia attracts historical monuments. Of course we will begin with capital city.

The capital city. Pretty old city. In this city there were many wars, and many times it was burning in fire, but also restore and started to be more rich and valuable. The historical monuments in Tbilisi is not very much. But we can speak about Tbilisi history hours and hours. In center of city is ,,Old Town’’ where you can find: The mosque, the synagogue, the former Cathedral of Sioni Orthodox Cathedral, the Armenian church. In Tbilisi you can meet many people from other nations that’s living many years here.

On little streets you will be on place where was a multinational urban community - Arabs and Persians, Jews, Armenians, Germans and Greeks.

Over city rises Mtacminda- Holy mountain. You can climb on it by funicular. On middle past of road there is pantheon where buried, famous people from Georgia who make big thing in art or literature.

On other side of mountain there is new the cathedral and the largest cathedral in Sameba at the moment in Georgia, from where a stunning view of the city opens.

In Tbilisi there are many café, restaurant and wine degustation.
The most famous place for guest is Mcksheta is not very far from Tbilisi it was capital city in old times. If you continue the road you will find old Cave city (end of the 2nd beginning of the 1st millennium BC) – Uplistsikhe. Also in the south you can visit another cave complex, but of late origin - 12-13 centuries-Vardzia. This places are not so far from Tbilisi and you can visit them in one day. The next we will speak about regions. 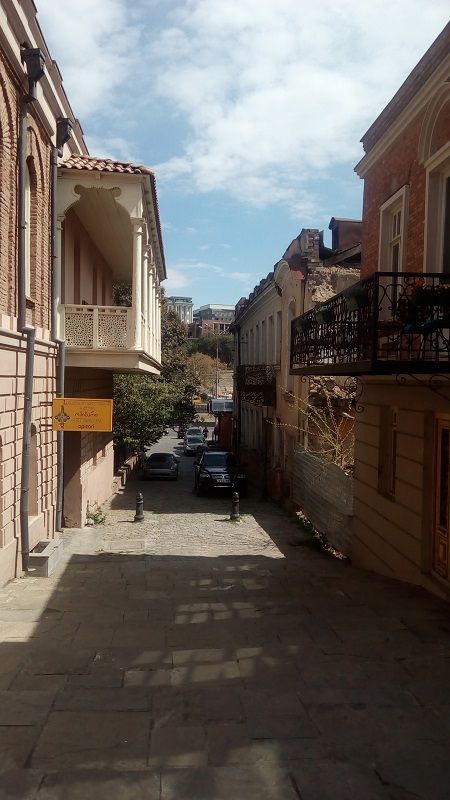 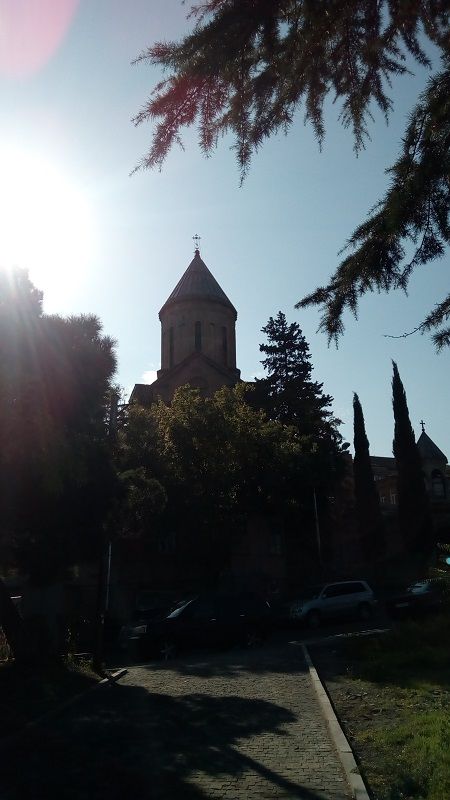 Famous region by making wines. Capital city-Telavi. In this this city you can find many wine degustation centers. The most interesting place in this region is Alazani. To watch this place you can on strongholds walls. Kakheti is very rich by many historical monuments most famous is: Monasteries David Garedji, Alaverdi, Ikalto, Bodbe - where the grave of St. Nino is located. Despite the fact that in Kakheti the climate is dry and hot, there are wonderful places for lovers of natural beauties. Mountain Lagodekhi national park, steppe - Vashlovani, in the Akhtala park near Gurjani there are mud volcanoes, on Lake Lopota there is a wonderful hotel complex. The magical place that people call second Switzerland. Forest, alpine meadows, beautiful lakes everything this is Racha. The famous wine is Khvanchkara that you can drink in winemakers.

Historical monument is-Nikorcminda (11 centuries). The decoration of this church is most beautiful decoration around Georgian church. Temple of Our Lady of Barakoni, its walls decorated with abundant carvings on the stone. It is located in a picturesque place on a steep cliff above the stormy Rioni.

From Georgian people most popular place is Shovi and Utsera. Shovi is considered the most high-altitude balneological resort in Georgia. Near this resort there are mountains, glaciers, and the famous bottomless lake. Utsera is in the valley of the Rioni River, among the pine forests. On the territory of the resort there are 16 sources of mineral water. 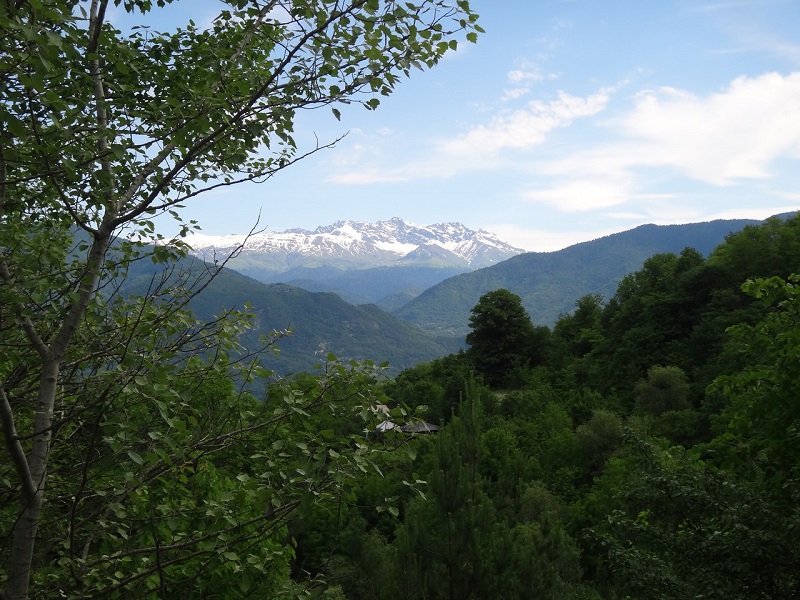 The pearl of this region is Martvili canyon. The river for many millennia struck their way through the rocks. The length of the canyon is about 2400 meters, the depth reaches 40 meters in places. Approximately in the middle of the canyon there is a 12-meter-high picturesque waterfall. You can take a boat trip along the canyon. Also, the region is famous for the ancient beech forest, which is located on the ridge of Urta. There, too, forests from the kolkhis box-tree grow nearby.

When travel in this region you must visit ancient city-archepolis. In legend it was capital city of Kolhida. Where Argonauts went for gold rune.

The capital city of Samegrelo is Zugdidi. There is castle of Dadiani now its museum. The main historical relics - the posthumous mask of Napoleon and the shroud of the Virgin Mary, transported from Byzantium in the 15th century, it can be seen during the great church holidays. The estate is surrounded by a garden in which two hundred-year-old trees grow. Forty kilometers from Zugdidi is the seaside village of Anaklia. 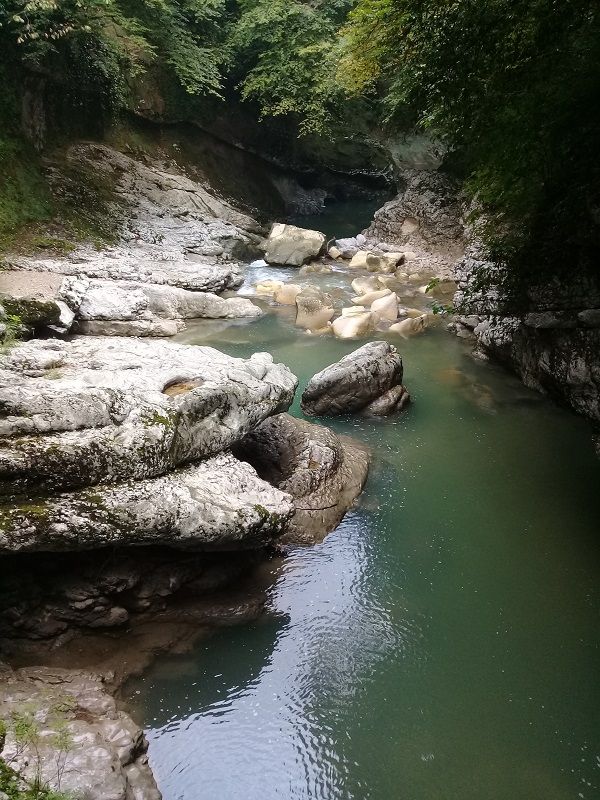 The green region in Georgia. the capital city is Kutaisi. This part of Georgia leaves no one indifferent. Museums, temple complexes, monasteries, resorts and a national park - one day is not enough to go everywhere.

The Bagrati Temple is located not far from Kutaisi. The majestic cathedral was built in the 10th-11th century, rises on a mountain, from where a stunning view opens up. The monastery complex Ubnisi, built in the 9th century, is famous for its frescoes of the 14th century. The Gelati Monastery of the 11th and 12th centuries, at which the famous medieval Academy was built, its founder and one of the most revered rulers of Georgia, David the Builder, was buried in this temple.

Some kilometers from Kutaisi there is famous reserv-Sataplia. Here you can see the remains of relict forests and dinosaur tracks. Nearby is the largest karts cave in Georgia - Prometheus cave. In the north-west of the region - the waterfall of Kinchkha and the canyon Okaci. 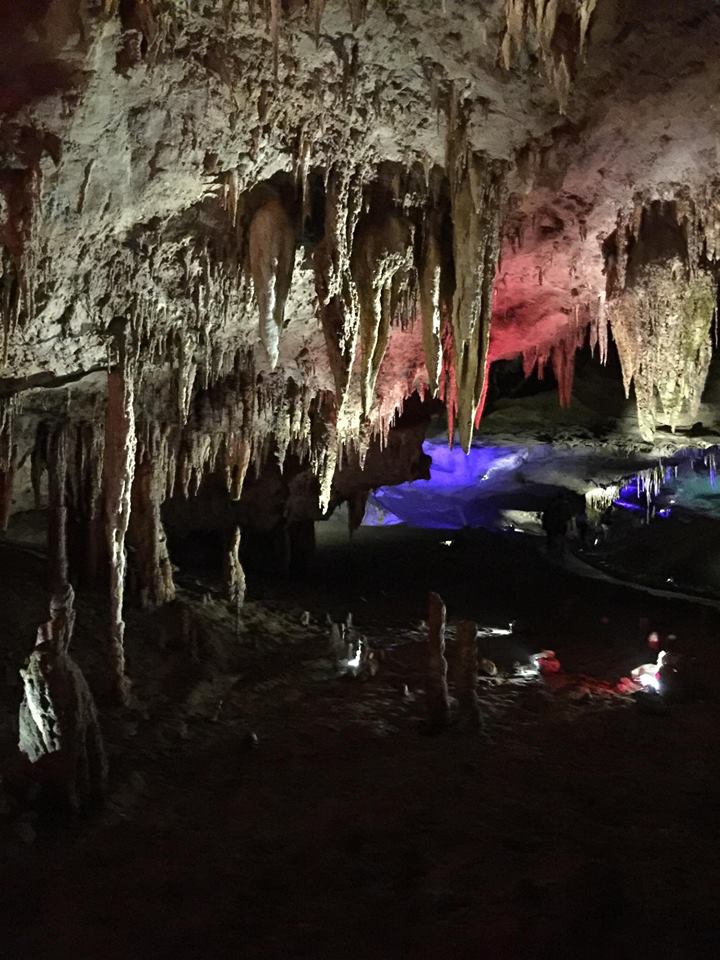 Seaside region, with beautiful beaches and subtropical climate. The main city of the region is Batumi. A favorite place for recreation, both the population of Georgia and numerous tourists. Batumi itself is a very picturesque, multinational port city. Only a few kilometers away is the Batumi Botanical Garden, where representatives of the flora from different parts of the world are perfectly neighboring. Two national parks - Kintrishi and Mtirala. The latter is rich in mineral springs. Fortresses of Peter and Gonio will take you to the Roman-Byzantine era.

The mountains of Adjara are very picturesque. On one of the slopes you can admire the Makhuntsesi waterfall, in the same places the arch bridge of the time of Queen Tamara - the 11th century, swim in the high-mountainous Green Lake, see the nests of wild bees that produce honey with unique healing properties. Local residents are popular resort Beshumi, located in the Alpine zone. 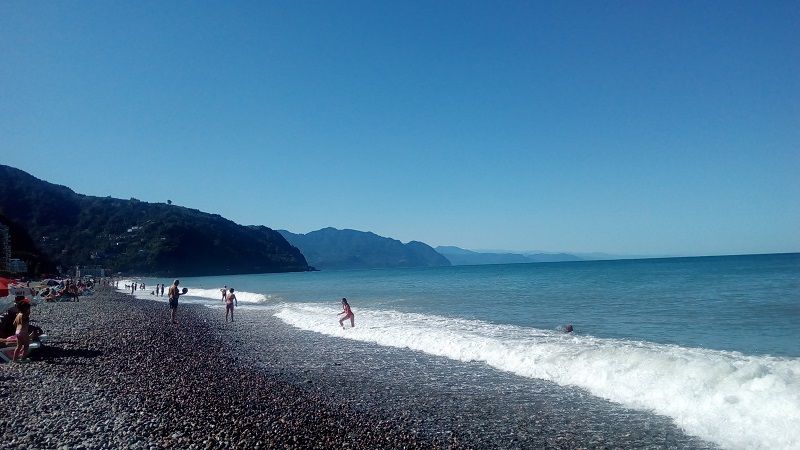 One of the most severe regions of Georgia is Svaneti. This region is famous for the fact that unlike other regions of the country, the conqueror's foot has never set foot there. The edge of proud inhabitants and high snow peaks. The main city of the region is Mestia. The nature of Svaneti is severe and beautiful.

The visiting card of the region is the famous Svan towers. These are mini-narratives that were almost in every family and have survived to the present day. In Svaneti is located one of the ski resorts of Georgia - Khatsvali. It's also worth to visit one of the most high-mountainous settlements in Europe - Ushguli, where you will completely feel the colorist of this region.

For lovers of winter recreation in Georgia there are wonderful high mountain ski resorts - Bakuriani and Gudauri. 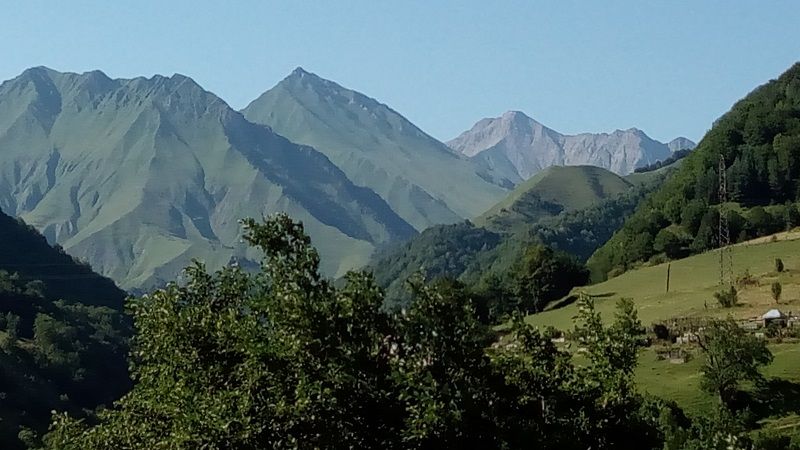 Congratulations @mzerula! You have completed some achievement on Steemit and have been rewarded with new badge(s) : Congratulations @mzerula! You have received a personal award!