KasiaTravels on a budget: Reaching Ometepe Island, Nicaragua. - Solo backpacking on a budget in Latin America.

You maybe remember that I finished my last story in Nicaragua, in the area of San Juan Del Sur. I came here in order to surf, but immediately after my arrival the conditions have changed and made it impossible for a beginner like myself.
“That’s unfortunate!” I said to myself (well, I used slightly different words ;)). 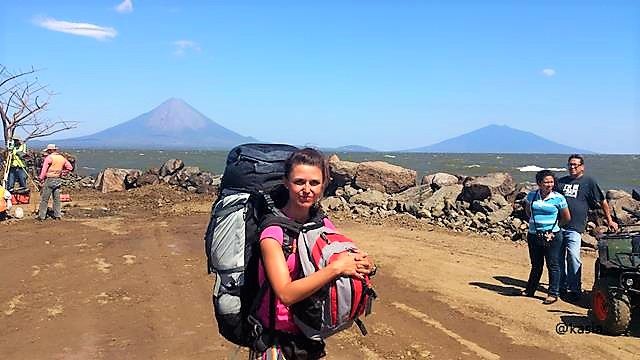 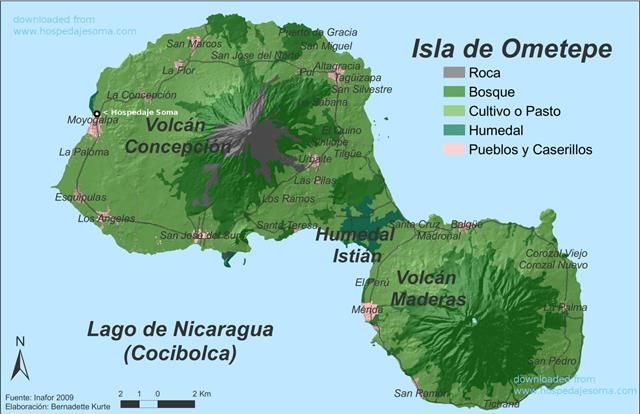 Luckily Central America is such an amazing place, with various opportunities to explore it. I decided to climb a volcano that is located on a “nearby” (half a day trip) island. I love climbing, especially in higher mountains. I do it whenever the opportunity appears because it brings me calm and it’s an excellent exercise for my mental and physical strength.

How to get from San Juan del Sur to Ometepe Island

I woke up in the early morning and went for a jog along the beach. Like the day before, it was deserted and peaceful. Later on, after the shower, Jeff and I, we took a breakfast and started packing. We left Playa Hermosa in a bus that took us directly to the city centre of San Juan del Sur. Maybe something has changed, but back then we had to reach a street, where buses to various destinations were parked. 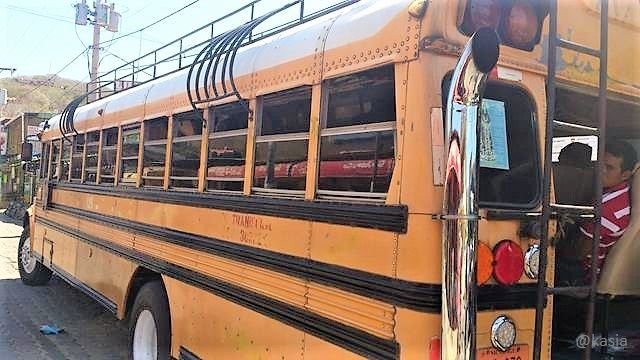 I was pretty sure that I didn’t take a photo of the bus, but I did!:) “Chicken busses”! These are the famous yellow school buses used ages ago in the United States. I don’t remember the price, but the ride was super cheap.

Please don’t forget that there is a typical transportation option for tourists – a bus that will take you directly from San Juan del Sur to the Port of San Jorge, where you catch the ferry. Without locals (because they simply cannot afford it), faster and quieter. But it will cost 10 times more than what you will pay using local transportation. And it will definitely be at least 10 times less interesting! With “chicken” public bus you arrive at the bus station in Rivas- a city that became the main “hub” for people travelling in the region. Then you change for a local bus (or a taxi) that takes you to the Port of San Jorge. This is where we had to wait for a boat. Today this trip is a little bit easier.
For example, as I checked it now, there is even a webpage that offers boat and ferry timetable. So you can schedule your trip better and more accurately.
This is what you will find on the webpage:

The lancha boats look a bit battered but they are safe and cost less than a ferry. They don't operate on Sundays. Between November and February heavy winds make the water of the lake pretty choppy. If you are prone to seasickness better take the ferry.

When we arrived, we were one of the first and had to wait around 2 hours. I was already super hungry. We talked about our plans. Jeff wanted to climb a smaller volcano, and I wanted to hike the higher one. So we had to split after arriving at Ometepe as the volcanos were located far away from each other. On the one hand, I knew it’s good because I was in Latin America to travel solo! But you just get attached to kind and lovely people you meet on your way. The best thing is that we remained friends util this day! :)

The boat takes around 60-80 minutes, depending on weather and winds. Our was a little bit over packed, but we made it safely to the Island.

On the island, we suppose to take a local bus that will take us to our hostels, but we were offered other option. Along the way, on the ferry, we met a nice couple from Canada that was heading to the same spot as Jeff, so they invited us to join them as they had a pick-up from their hotel organised. So I arrived at my spot earlier which was great because I was already feeling strangely weak. 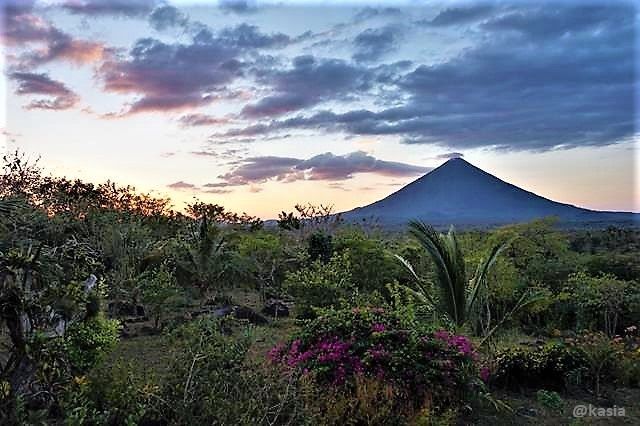 I stayed in Santa Cruz hostel, beautifully located, which had very good opinions, and was not a party place, and which i recommend.

I left my backpack in a shared room and went to speak with the receptionist about the possibilities of climbing the volcano as soon as possible. As the volcano itself is still active and the climb takes around 10 h, it is advised to do it with a local guide. I had to find 3 more people because at that time there was no one interested. So I started to chat with other guests, something that I would otherwise avoid after the long and tiring trip with 20 kg backpack. But hey, priorities ;)
I found those people and we scheduled the pick up from the hostel at 5:30 am the following day. It was 14th of February, Saint Valentine’s Day. I decided to spoil myself a little bit with a nice dinner and a glass of wine. After all who will take care of you if you won’t take care of yourself first? :)

well done .. The traveller collects memories .. good for you
Thank you for sharing with us your adventure

As always, thank you so much for your kind comment :)

So incredible. Definitely something I would love to do :)

I heard first time about this place.wish to see it.

I really want to go on a trip too

there are so many beautiful places, but this island is def one of them and worth visiting!:)

Oh that's sad that you couldn't surf due to unforeseen reasons. When such kind of thing happens to me, I am always like "why nature why, why you do this to me" ahhaha.

Hey I really love this school bus. In my whole childhood I have grown up watching this in American movies.

i was not mad at mother nature:) but yes, i was a little bit disappointed ;) well, life, right?:) yeah, those buses are awesome and so epic! i know them from the movies as well, like iconic "forrest gump"!! cheers! :)

“The world is a book and those who do not travel read only one page.”
― Augustine of Hippo

I like the way you have told your story and the pictures you have taken are nice, especially the picture of the hill. I look forward to visiting central america soon...cheers

thank you and good luck to you too! :)

Wow this pace is so beautiful.. i never knew that nicaragua is such an amazing place to travel to. the mountain at the back ground looks like mount mayon in philippines. Go luck on your next travel adventure. :)

this is a volcano:) yes, it's amazing, i hope one day u will visit it!

Cute pictures and attracting me to Ometepe Island to visit there. Thanx

I hope fast environment will be normal and you will be able to do better surfing, all the best.

thank you so much! i was able to surf later :)

Very fascinating to see someone traveling around South America. Recently that has become one of the goals of mine with friends to go for few months there and travel.

Interesting to see US buses. What's the most memorable place you have been until now?

hey there! thanks for the nice comment i definitely recommend Central America! it is easy to travel, with smaller distances, welcoming people and it's not expensive (apart Belize). and the weather is the same everywhere so all you need is a small backpack;)

I love traveling ,, you may have explored various amazing places hopefully you are in to adaan healthy always ,, travel is a very amazing hobby

wow @k-a-s-i-a again an amazing post dear!
love your traveling blogs and yeah i must say that you click awesome pics <3

thank you Dear! i appreciate your words:)

I want to travel to Latin America, hopefully achieved

i keep my fingers crossed! :)

This looks so exciting! I need to visit South America! Do you find it safe over there?!

it was safe, but you always have to simply be careful:)

wow,, so beautiful, I imagine being there now..

thank you, that is really kind!

Great post! I had no idea this place existed but now it's added to my (too long) bucketlist! Thanks for all the info and great stories! Happy adventuring! ~Amanda

yes, it should definitely be on your bucket list :)

Beautiful pictures! Makes me want to visit too.

thank you so much!

Sounds like a great ton of fun :) Best wishes.

Nature is amazing, so cool to get to enjoy all these amazing scenery. make sure to have as much fun as you make.

Thanks for your amazing post! very weel done! love it

thank you! good luck on steemit! :)

This mountain is similar to the mountain in my residence, will you follow me, I will also follow you, I just joined in steemit. 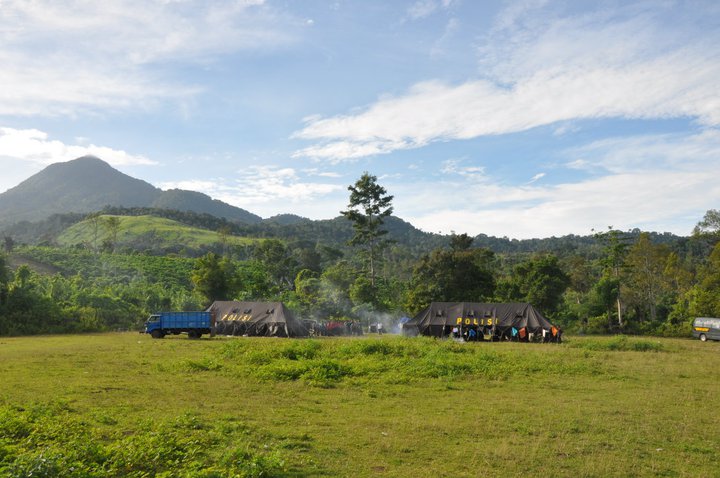 this mountain is a volcano;) good luck on steemit!