Why I will be living in a school bus (Part 1)

A couple of years back I had just discovered who was soon to be my favourite blogger, Tynan. He is a young guy in his 30's who has lived a really adventurous and efficient life, but the one aspect that caught my eye was the fact that he had been living in an RV for several years. 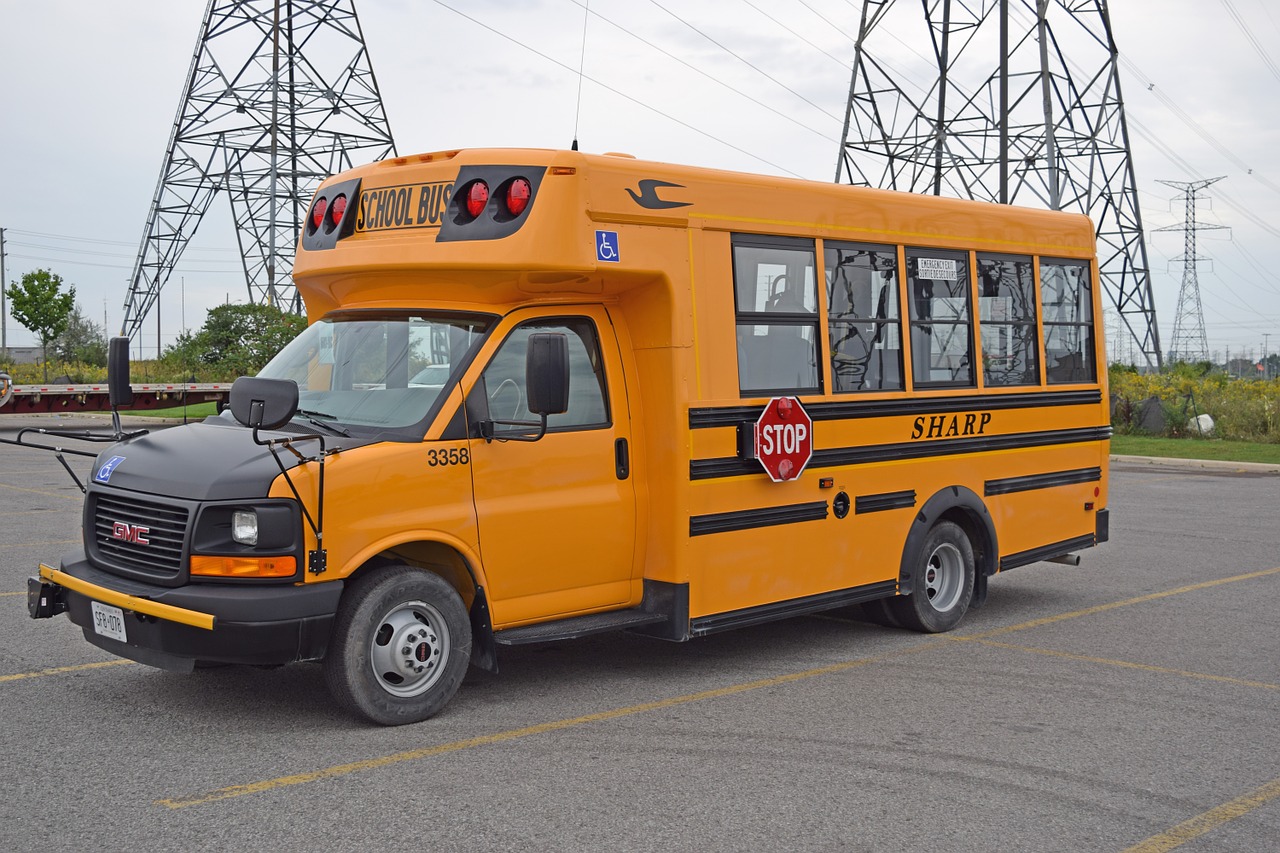 This really interested me because I absolutely hated that I had to pay rent every month. Even though I needed a place to live and renting was the only option, I really didn't like that each month I had to fork out a set amount of dollars on a specific date. It just felt like an unnecessary obligation and each time I painfully transferred money away I felt as if I could be using that money for something much more interesting than this.

I met Laura a few months later and I told her my idea and that I wanted to do it. She was in! We had some boxes we wanted to tick first however, and before we knew it we were packed up and heading to Australia to live for a year.

I won't go into the details of the year as that would be off topic, but a few months before we were to return to Canada, we had placed a deposit for an old 1979 Chevy that was about 20 feet long.

Small. Old. But perfect! At least we thought…. It turned out that this specific RV couldn't be certified as road worthy and would require a lot of work (as you would expect for something that was made in 1979…) so we ended up not taking it.

Fast-forward to 2018 and we have almost finished another whole year of renting, and about 2.5 years since I originally read Tynan's blog.

3 months away from the end of our lease, and we are finally searching for our own bus!

Originally I had my heart set on a proper RV with a real bathroom and shower etc… Something that was really like a home. However, after a lot of convincing from Laura we have decided to buy a school bus instead of an RV. I'll explain why in part 2 of this series, but here is why we are deciding to ditch rent and hit the road:

Barring any big mechanical issues that may arise, rent will no longer be something I need to worry about. This is incredibly exciting to me as we will now have a lot of extra money to put toward experiences and investing. Even if there were mechanical issues, I highly doubt it will be anything near what we were paying for rent this year in downtown Toronto. School buses are very low risk because they are so common and parts are easy to come across.

Can you imagine waking up one morning and just deciding you want to move? What if you did this every month, or even every week? Having this complete sense of freedom is one of the most valuable things that I can even think of. It's something that seems so rare in this world where so many people decide that they have no choice but to keep their desk job and hope for the best.

No matter how close you can try to make a bus be like a home, it won't be. Don't get me wrong, we're going to have a great bed, seating area, kitchen, toilet etc… but it will be significantly smaller (about 20 feet long and 11 feet of interior living space) and we will have to sacrifice a lot of luxuries. I think it is a great opportunity to shake up my life and alter my perspective on living. I've always been interested in the concept of minimalism and this is my opportunity to explore it fully. I love the idea of not having anything that doesn't have a very specific and potentially multi-use purpose, with all the junk left out. This will be eye opening and reality shocking, as I have always lived a life of relative abundance.

Right now Laura and I have no loans or anything that could be hanging over our heads holding us back. We're young and we want to get out and see the world, so the time is now! Actually, we do have a little cat but I think she will enjoy getting away from the cold Canadian winter :) It's a small space but luckily we trained her to go on walks with us!

that sounds like a really fun way of living life. having a home and being able to travel.

Thanks @bhabykat! We're very excited to get on the road :)

Love this concept so much!
I do hate paying rent and was seriously considering a tiny home, but my partner just couldn't really work with the idea... she needs space, and I respect that. Your bus is going to be amazing, but it'll be tough at times.

My partner seems to have no problem with credit though, and that's a struggle for me. If it was up to me I'd never buy anything unless I had already saved up for it... which is not how most of the world operates.

Like you though, we up and moved from Melbourne (to Portland Oregon) and the process of selling everything and moving was amazing. We basically moved our whole lives with two bags. So good!

Hey mate! Yep, fair enough about needing space. It is certainly not a small adjustment to make!

That's a pretty huge move. I'm from Sydney myself. What was the reason behind the move?

A few different things... I always wanted to live in another country, just to see what life outside of Australia was like... my partner was always in bands and so moving always seemed like it might be impossible, but then a couple of her bands kind of imploded and she wanted to get away from the scene for a bit. We moved to the US because it was the easiest visa-wise, and accidentally found ourselves in Portland and I love it here.

How about you guys? Just wanted to take upside yoga photos in the Northern Hemisphere light?

Interesting place to settle! Never been there myself. Sounds like you guys have some cool interests.

I moved over here on some US & Canadian work visas. The mrs is from Canada so we're just chilling in Toronto right now. Definitely want to explore a lot of America I the bus we figured would be a fun way to do it :)

If we ever find ourself in Portland i'll give you a shout haha maybe we can all train together!

A bus will be an awesome way to do it!
Do it, come on over... we've got 5 acres and a guest bedroom so you could hang in your bus or sleep inside... we're easy.

Portland is so much like Melbourne, great food, fun active people... it does have amazing snow-capped mountains though which I'll never get used to.

Can you have a quick squiz at this post? You've definitely got high quality posts and I'd be crazy not to put you forward for a Curie vote, but there's a few guidelines I'd love you to take a look at... should help you get more exposure on this platform.

That's very kind of you to offer! I'm sure we'll swing by :)

Checked out the post and it sounds interesting. Thanks for thinking my writing is good enough! Are there any specific guidelines you'd like me to hit before submitting?

I try to write as authentically as myself as I can otherwise I find I get a bit consumed by trying to 'make money' on Steemit which isn't the reason I started writing.

Of course i'd love to be put up for a vote - I checked out the guidelines but were there any specific ones you were thinking of?

Of course, I absolutely wouldn't want you to write specifically to be curated, that becomes very obvious the longer you're a curator... but your writing is definitely great quality, and I figured if there's a couple of little things that'll change you from ineligible to eligible than why not?

It wasn't super obvious if you took these photos or if they're from somewhere else. Absolutely no problem sourcing photos, but if you could put a link to the source so the creator gets credit that'd be great.

Your Instagram link isn't working, and if you wouldn't mind adding your Steemit link to your Instagram that helps verify that all your work is your own. Unfortunately since Steem does pay, a lot of work gets plagiarized.

I couldn't tell if you have another blog on another platform, but if you did the curie reviewers would find it, so I guess try and create content exclusively to Steem. The whole point of the curie vote is to help newly starting creators and help expose them to new followers.

Hope this makes sense,
Thanks!

Thanks for letting me know about the Instagram link and for these tips. I'll make these adjustments on my future posts and we'll see what happens :)