Windswept Cliffs at the Brough of Deerness Viking Settlement. Have You Visited.... the Orkney Islands in Scotland

Of all the travels I have done, the Orkney Islands have a very special place in my heart because of the sheer beauty and amazing history of the islands. These islands have been continuously settled since 5000 BC. The wonder of the islands is that there is and has always been a lack of trees with which to build, and an abundance of stone. So, the stones everyone built with are mostly still there. 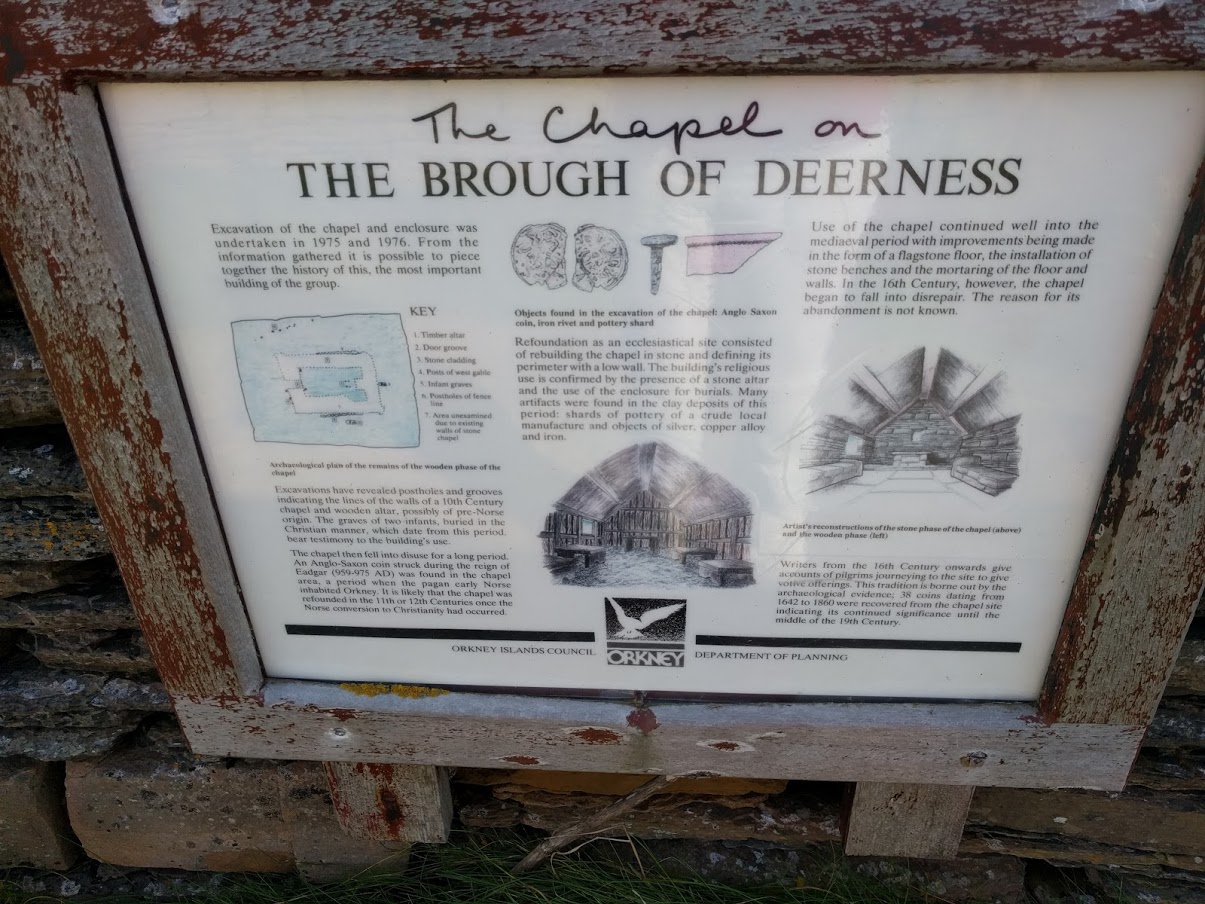 The main island of the Orkneys, unambiguously but confusingly called Mainland, since the mainland of Scotland is called the mainland, is chock full of windswept cliffs and masses of incredible archeological sites. The Brough of Deerness is one such site that has the archaeological ruins of an ancient Viking village and chapel from around the year 1000 . Most of the ruins have been lost to history, however, and there is little to see from that perspective. What is impressive about the Brough of Deerness are the amazing vistas.

What an incredible site for the Vikings to have settled. They would have a windswept plain for hunting and growing, the nearby sea for fishing and foraging in the tide pools, and they could see any invaders or visitors coming for miles upon miles perched on the clifftops with such an unobstructed view of the horizon as they were. It felt like being at the end of the world!

This image is untouched and unedited in any way. The colors were really that amazing in real life

All images were taken by me with my Nexus 5x smartphone

You have earned 5.15 XP for sharing your photo!

hey there why are you flag my comment??what,s happend??

Hey friend, i am new in steemit..you already downvote my some post.i don,t know what,s my problem..
please clear this..even my native language not english and can be some comment not related on topic..but you can.t punished ..

please consider my case..next time i avoid this issue..please withdraw your down vote my friend...

You are putting 'spam' comments on tons of posts. Someone asked you to stop already and you said they were not spammy comments and continued anyway. Please refrain from meaningless spammy comments all over everyone's posts. It's customary to contribute value to posts through your comments, not to just get attention in hopes someone will follow or upvote you.

If you make valuable contributions, you will naturally get followers and upvotes.

yes my friend i totally understand this my fault ..next time avoid this my all spammy post..please withdraw flag my friend..actually little bit idea have about steemit rules..please consider my case...

Congratulations @haveyouvisited! You have completed some achievement on Steemit and have been rewarded with new badge(s) :