Help Me Fund The Guys Behind @Greek-Trail! - Part 3

Since the first part was quite successful and exceeded my expectations I have decided to make one post every week to help fund the @Greek-Trail account and make it stronger. Please note that this initiative is 100 % mine and not officially endorsed by @greek-trail.

Purpose of @Greek-Trail is to spread the "magic" of Steemit among Greeks, bring public awareness & support to posts made by Greeks and act like a knowledge beacon for the "newborn" Greek Steemians! Click here if you want to learn more about the project!

How Can You Help?

So, if you want to help here are the two simple things I ask you to do:

My dream is one of these posts gets one day to the trending page of Steemit and who knows, there might even be some kind soul willing to delegate a good amount of Steem Power to help the Greek community grow larger :D

All steem dollars I make from this post will be donated to the project, and I will also make a donation equivalent to the steem power I gain from this post, since there's is no option to turn all earnings into steem dollars! But as I said, my main goal from these posts is to increase the awareness of the @greek-trail project.

Understandably, many would be hesitant to support something without knowing much about it. Some things the guys behind @greek-trail have organized include co-sponsoring the Street Handball Be Active Hellas 2017 event, setting up the First Steemit Accelerator event which will take place sometime in the coming days, hanging out flyers, running contests and so many other things. And this is only a small part of what's to come!

There is also a small, weekly project by @dimitrissp and @ruth-girl called "Greek Steemian Of The Week" that attempts to shed more light on greek quality authors in Steemit. Here's the latest part of the series.

This week @dimitrissp is also organizing a meme contest, with some great delegations for the winners. Furthermore, his SBD earnings from the contest post will be donated to the @greek-trail :)

Here are some photos of the hard work they are doing: 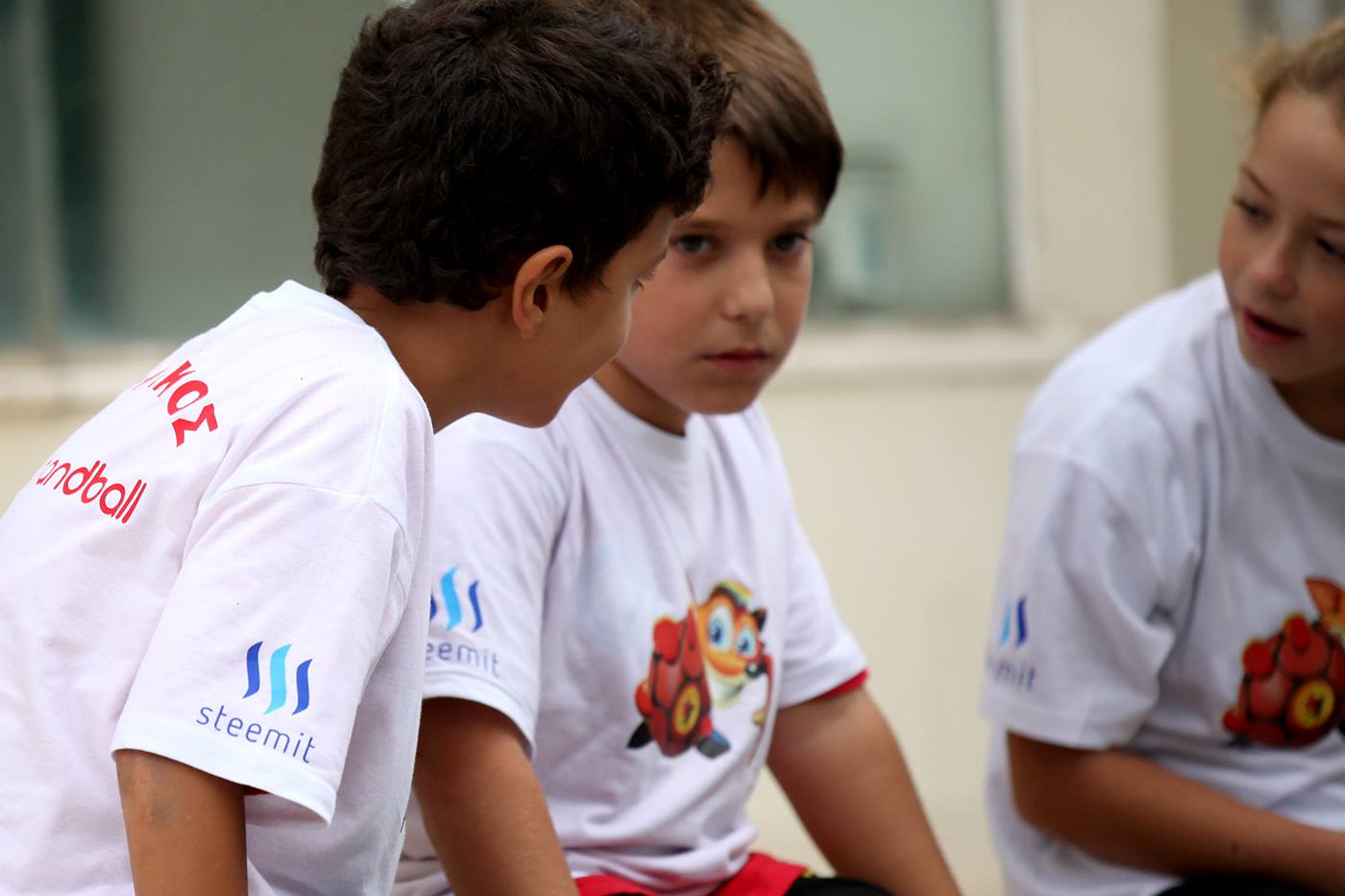 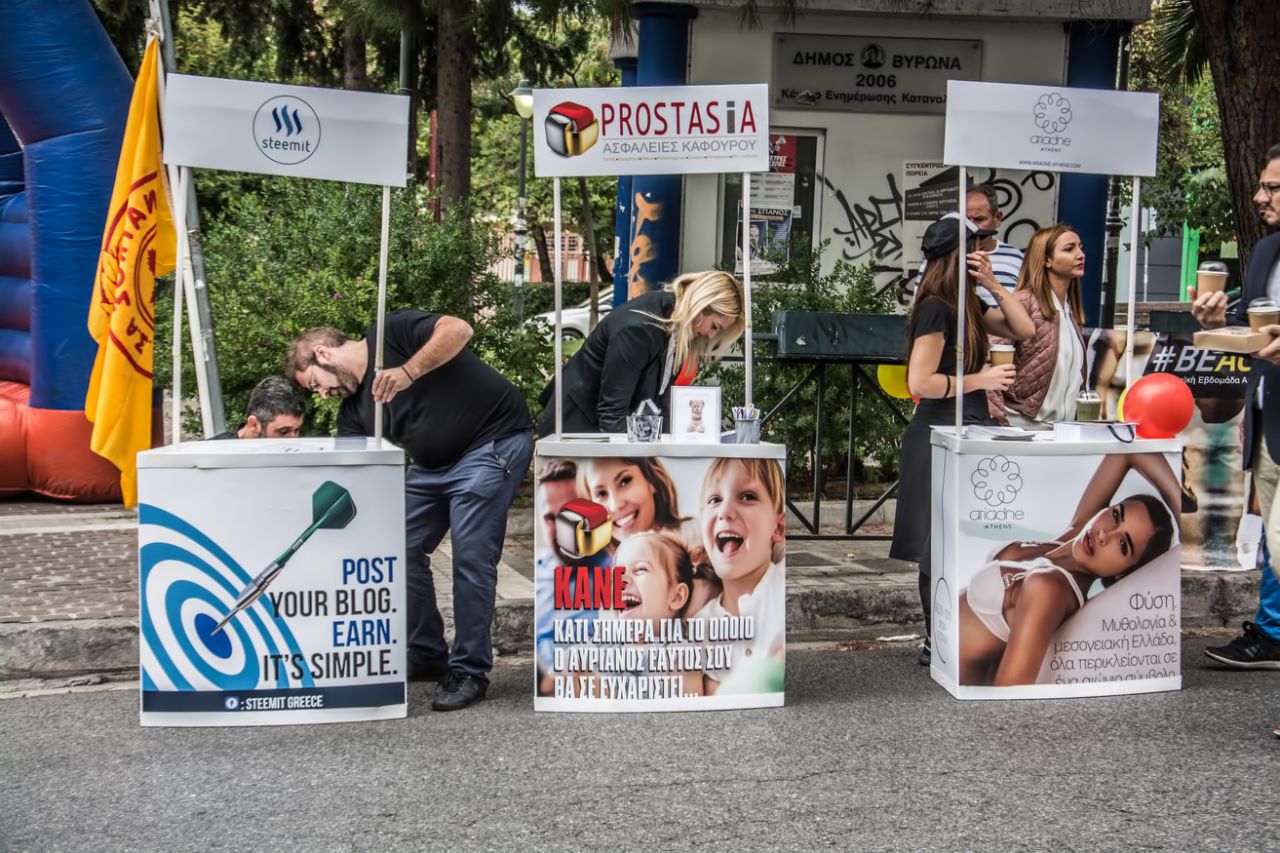 As you can see, these guys are dead serious. And remember, all this shit costs money! Money that comes out of their pockets :)

To my knowledge, the two main co-ordinators of the project are @rouketas and @skapaneas. Check out their profiles and give them a like if you...like what you see :D

This initiative is 100 % mine and not officially endorsed by @greek-trail.

Submit
$9.88
50 votes
6
Authors get paid when people like you upvote their post.If you enjoyed what you read here, create your account today and start earning FREE STEEM!
Sort Order:
[-]
alexander.alexis (63)  ·  2 years ago (edited)

So, if you want to help here are the two simple things I ask you to do:
Upvote this post at 100 % power
Resteem so that other people can see it

Just added myself to the greek-trail on streemian, and then I read this post, and what I did is not included in the list of things I can do to help. Oh well, I guess I'll have to remove myself then... 🙁

Well I just ask not forcing anybody to do anything. Don't leave :p. And as I say, this is an unofficial thing I do to help :D Iactually following the trail as you did is as much, if not more, more important!

( I thing you are trolling me though )

Not trolling! (Unless you mean the leaving part, that was a joke.) But the point was that you've only included 2 ways, leaving behind a very important 3rd way! Post needs updating asap! :P

Yes you are right actually! I will when I am home :D Thanks!

Nice effort. Anything to support the Greek community.
Also you probably mean https://steemit.com/@dimitrisp
Link is wrong in the last two posts.

Cool effort you're doing bro for the support. Good luck!