The daily hunt for upvotes 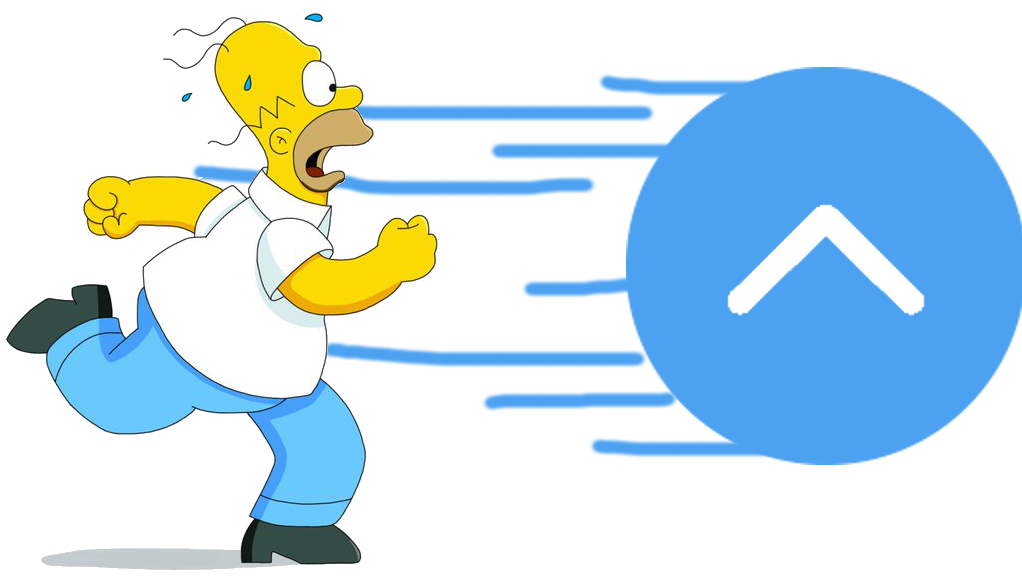 Do you decide how to spend your time on Steemit based on how much upvotes you'll get? Do you struck with remorse for your money-based decisions?

in the last days I analysed my daily time on Steemit. What was I doing? What did I read, what did I upvote and what did I comment. I realised that I have included the thought "is it worth it" in every step I took on Steemit. I'm short on time at the moment, I have a lot to do at work and at home it is no big difference. So I'm thinking: okay now I have 15 minutes of time to do something on Steemit. Should I write a long comment and maybe give value to an interesting political discussion? Yeah sounds like good idea but the author does not upvote any of the comments he gets. Then I better write a comment under a post of a (for example) travel blogger because he/she upvotes nearly every comment.

After this happened some times I realised that I don't want to become an "upvote-whore", I don't only want to be here to grind upvotes every day. I am here for the content, am I? I want good discussions, entertainment and of course some SBD! To be honest, there are other sites/blogs with quality content as well. I don't need to be here only for the content. The money-thing improves the overall quality of posts on this site and this is a good thing! But on the other hand it leads to begging- and spam-posts which only exist to collect upvotes and deliver no or little value. We have the power to give good content the credit it deserves! For the rest we have to turn on the spamfilters in our brains.

Money is nice but the more I think about it the more I realise that the good feeling after an upvote is even better. At Steemit it is possible to reward people for their good work and even give them something with real value. It's virtually your direct crowd and quality based salary. 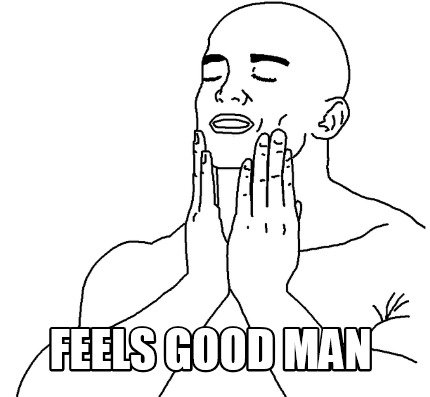 I think some authors could think a bit more about upvoting good and valuable comments. I can't change the authors, but I can boycott them. And I will not add "please consider upvoting this comment if you liked it" to every post. Maybe some authors need a reminder but I'm not a father who reprimands his children to do the right thing. Everyone is free and can make his own decisions.

But I don't want to boycott someone who doesn't upvote comments but has written a valuable post. Especially not when I have to say something important. There is this inner fight every time... upvotes vs. message. Of course I don't need the cents from my Steemit comments to survive but the good feeling through upvotes and interaction with the author and others adds some real happiness-value to these pennies.

I must confess I do not fully understand the voting power. Maybe it is a real issue for some authors. Maybe they cannot upvote their commentators. But if you're doing one post a day with a decent amount of comments it should be possible to upvote some good comments, shouldn't it?

Writing this article alone helped me to think about this dilemma and next time, when I'm short on time I will take the decision mindfully.
Do you have a similar inner conflict? Do you even have such kind of problems? Maybe I'm reading the wrong articles :) If you have a similar issue, do you have any tips for me? Do I have to much remorse?

Maybe I can encourage some writers to think about upvoting some valuable comments. Don't let your voting power rot. If readers know you interact with them and value their answers they will stay with you. They will resteem your posts and first and foremost they will write qualitative comments! Nobody talks about upvoting shitty or irrelevant comments!
#money #cryptocurrency #philosophy #community
4 years ago in #steemit by thecoach (51)
$4.07
80 votes
Reply 23

Nice post and thoughts. I usually upvote every comment I get but lately there have been a lot of botcomments so I am a bit confused. Anyways good comments deserve support, so does this nice post ;) Followed my friend. I really had to laugh seeing that meme: "Look son, an "upvote" whore" :D :D :D

:) thanks!
I like your attitude. There is enough voting power for everyone ^^. I'm not sure but afaik using more voting power increases the value of SBD & STEEM. Everyone likes SBD...

People usually fall back on doing things that benefit them the most. So authors with quality posts that also upvotes thoughtful comments get A's in my book :)

I love to give something back to those who takes the time of their day to read and respond to my posts and/or comments!

This will also get better whenever there is better ways to sort out content. Sometimes I really need to look to find quality. Some "suggestions" in a separate tab would be nice on steemit

Yes you are right @znaffe,
my feed is full of new posts every hour and not everything is worth reading. But it needs time to figure out what is good content and what not. New Steemit features to compensate this issue would be nice.
I'm happy for every comment, too. To talk with the people is most of the fun, but apparently not everyone has this opinion. Some people only see there own posts.

Jokes aside, the interlink between money and voting/commenting/posting makes this task difficult, especially if you are too emotionally attached to the profits.

It's about your ideals and the philosophy! Are you in here for making a quick buck, then comment on whale-posts. Or are you in here fur curation of quality content? Then write your well thought comments and accept the consequences of no payments in return.

Whatever you do, just make sure you understand what you want first and there will be no problems about your decisions afterwards :D

I for myself just love to comment and I don't care about the upvotes.

Thank you, I appreciate it (:

You are talking pure wisdom Mr @cobalus. It's simple... I need do decide between money and principles, like in real life... meh! ;-)
Then I need to discover what I really want...

Enjoy all the way 'til this discovery :D

Great post! Maybe the key is so easy we forgot it… Only upvote what it deserves… ;-)

That is the same opinion as my own. I like that. People with similar opinions always get upvotes ;-)

thanks for sharing, It was really good!

Congratulations! This post has been upvoted from the communal account, @minnowsupport, by TheCoach from the Minnow Support Project. It's a witness project run by aggroed, ausbitbank, teamsteem, theprophet0, and someguy123. The goal is to help Steemit grow by supporting Minnows and creating a social network. Please find us in the Peace, Abundance, and Liberty Network (PALnet) Discord Channel. It's a completely public and open space to all members of the Steemit community who voluntarily choose to be there. Congratulations @thecoach! You have completed some achievement on Steemit and have been rewarded with new badge(s) :

Congratulations @thecoach! You have completed some achievement on Steemit and have been rewarded with new badge(s) :