Take Two: (Re-) Doing Your Introductory Post the Right Way Yes, you can re-do your #introduceyourself post if it didn’t go well. Here’s how.

Unfortunately, this situation is too common: You submitted an #introduceyourself posting that has your picture in it and a paragraph or two about yourself. You were honest. You told us something about yourself. You put your face online. And your post got $1, while some others are getting $10, $100 or even more.

To make things worse, maybe you tried to post some good quality content after that, but again, you did not get many votes. Why not? Why do others succeed when you don’t? How can you get this community’s attention and get people to like you?

Have you thought of re-doing your introductory post, this time with verification, good formatting, and enough description to make voters appreciate your effort?

To be successful, your introductory post should include certain things. We have seen some posts that did NOT include these things and still got plenty of votes, but those are unusual. You are far more likely to be successful by including: (1) Verification, (2) Good formatting, and (3) Enough description to introduce yourself fully.

These are not requirements. Some succeed without them. But because Steemit’s community has developed some expectations for #introduceyourself posts, it is important for new users to understand these. Call them “unwritten rules”. Verification has gone from a “nice to have” extra feature to something the community expects now. Introductory posts need verification. MOST of the intro posts without verification are not getting many votes.

We want to believe you. But a few posters have taken advantage of the Steemit community’s generosity. It is fairly simple to post a paragraph or two of text and find a nice looking picture of someone online. Some people have done this, pretending to be others. SO most Steemit voters are looking for something more.

How do we know it’s the real YOU? The easiest way to verify your identity is to take a picture of yourself holding a sign or piece of paper with Steemit and the date written on it. Those are much more difficult to fake.

Below is a picture of @diana.catherine holding a verification sign from her SECOND #introduceyourself post. Her FIRST one did not have this and it earned her $1.36. Recently, I posted an article on voting that was intended for newbies. @diana.catherine posted a reply comment, complaining that her articles were not attracting many votes yet, and asking if I could help her. By the way, she’s written some really nice articles, and most of them have made ZERO money. Why? Because the community did not know and trust her fully yet. Does that sound familiar to some of you, who have had similar experiences?

I wrote a lengthy response to @diana.catherine, suggesting that she re-do her introductory post, and telling her to include the verification step. She also re-formatted the post, added additional pictures, and wrote a little more about herself. (Note that she submitted a new post, not just re-wrote the older one, which had already paid out.) She not only took my advice; she went beyond it to make a truly exceptional post. Bingo! As I am writing this, @diana.catherine’s second introductory post (which included her verification photo above) recently paid out with nearly 150 votes, 53 comments, and a total value of $560 !!! And she is not the only one who has done a second #introduceyourself post successfully.

Some methods of verifying your identity

Just a few weeks ago on Steemit, a verification picture was an “extra” feature. But the community expects it now. If you wonder why some of the nicest introduction posts are not getting many votes, it is because they are not verifying themselves.

Another method of verification is to post an image of your ID card with your name and picture on it (you can erase any other information you do not want to share, such as your address or ID number).

And one more method of verifying yourself is to confirm your Steemit identity by posting a link to it from your account at another site (such as Facebook or Google+ or Bitcointalk). Then in your Steemit post, you can include a link to that outside post. And we’ll know it’s really you!

Once you have proven who you are, it is more likely than your other posts will start getting more votes. The community will trust you and hopefully begin rewarding your hard work.

We have seen a number of #introduceyourself posts that do not have paragraph breaks. Formatting can help you make the reader's job easier. Tell me which of these looks better.

TAKE ONE:
My name is Mickey Mouse. I began acting in the 1928 animated short Steamboat Willie and went on to become the familiar symbol of Walt Disney studios. A cheerful rodent in white gloves and red shorts, I have starred in dozens of Disney shorts and the 1940 animated feature Fantasia, becoming one of the world's best-known cartoon characters. After 1950 I appeared only rarely in films and instead settled into a role as Disney's ambassador in its advertisements and theme parks, with my mouse ears becoming the company symbol. Disney's daily TV show The Mickey Mouse Club was first broadcast in 1955 (the same year that Disneyland opened its doors) and became a long-running hit. Its familiar theme song included the spelled-out lyric, "Who's the leader of the club that's made for you and me? M-I-C-K-E-Y M-O-U-S-E. Yes, that’s me!

My name is Mickey Mouse. I am an actor and I’m thrilled to join the amazing Steemit community!

I began acting in the 1928 animated short Steamboat Willie and went on to become the familiar symbol of Walt Disney studios. A cheerful rodent in white gloves and red shorts, I have starred in dozens of Disney shorts and the 1940 animated feature Fantasia, becoming one of the world's best-known cartoon characters.

In 1950, I semi-retired from show business. Since then I have appeared only rarely in films and instead settled into a role as Disney's ambassador in its advertisements and theme parks.

Have you seen me? My mouse ears are the company symbol! Disney's daily TV show The Mickey Mouse Club was first broadcast in 1955 (the same year that Disneyland opened its doors) and became a long-running hit. Its familiar theme song included the spelled-out lyric, "Who's the leader of the club that's made for you and me? M-I-C-K-E-Y M-O-U-S-E. Yes, that’s me!

Okay, so which one was better? Even if you like long paragraphs, most readers/voters do not. Break them up. And notice also that the TAKE TWO version above had some snappier sentences.

One more thing: TAKE TWO mentioned Steemit and how Mickey was glad to be here. (By the way, do not say in your post that you are here to make money. It might be true, but many people don’t like to see that up front. Think of some other reason also that you are happy to be on Steemit.)

Also, if your post is long enough, use subtitles. You can make them bold or use headline formatting, which is available in Steemit’s format editor when you submit a post.

Put some nice pictures in also. One verification photo is the absolute minimum. More pictures of you or your hometown or your travels, etc. will only help. And it’s more visually interesting for the reader, making it more likely that the reader will finish reading your whole post and upvote you. 3. Stay A Little Longer, Please...So You Can Upvote Me

Many, many introductory posts are too short. I will not upvote anything that is one sentence long. In fact, two paragraphs is the utter minimum for me. I’d prefer even more. If you cannot write at least two paragraphs about yourself, then you may not get many votes.

I am not trying to establish a standard here. I am merely reporting that, based on my experience reading many introductory posts (since @mummyimperfect first started this tag), most of the popular ones have 2-3 good paragraphs’ worth of text. If it fits your style, you can spread out this text considerably and even include pictures between some of your sentences.

Make sure to tell us what brought you to Steemit and what you think of it so far!

Finally, if you already submitted an @introduceyourself post and are RE-submitting a new one with verification and better formatting, please make that clear. Include the word “verification” or “verifying” in your title. Steemit’s community members will appreciate your extra step.

Hopefully, after you submit a successful introductory posting (or re-posting), your other work will start to get more votes as well.

Great read and perfect advice for the new Steemians flocking in. I have noticed the time you post seems to have an impact also, from what i have observed.
But you hit the nail on the head with those 2 Mickey examples. One long paragraph can quickly lose the readers attention, it can be said also about the length of a video post. 2 minutes or under is the perfect time to keep the viewer interested before they stray south.

I read about how you helped her out, that's really cool :)
I was wondering what you thought of my living on steem for 30 day challenge?
https://steemit.com/money/@ma3/living-on-nothing-but-steem-day-2-getting-organized-and-expanding-the-team

Haha not that I was expecting big money on my first introduction post, but I did not provide a photo identification, Doh! I think I will have to post a re-intro and include a picture. Should I do both a picture and a Facebook screenshot, or just one of the above? Thanks for this post.

Nice advice...your post make me think ....i must do introduceyourself again...

Your help was very useful. Thanks to you my introduceyourself post was very much appreciated. ☺

I haven't made my introductory post yet and have been reading around to see what's expected. Thanks for the advice, i'll definitely be applying it! ;)

Makes me rethink my introductory.. Thinking maybe take - 2 is sounding like a better option.

Why does the community want or need to see people's faces? On the Internet, nobody is supposed to know you're a dog.

That's a great introductory post. Hope to hear more from you.

Awesome handle by the way ;)

I posted my first post in the business category instead of 'introduceyourself' and had to add the hashtag later - Oops! I may redo my introductory post. But perhaps not - I just want to enjoy sharing my journey with Steemit & not worry too much about it all! This is a great post for beginners! & so selfless of you to help others! How lovely!

Thanks for this info...will make an effort to make a second introduction... useful insights

Thanks Richard for your guide.
I just make my new introduceyourself by following your steps
https://steemit.com/introduceyourself/@birdcat/hay-steemit-community-this-is-my-newintroducemyself-and-more-secret-about-me-i-cant-believe-how-awesome-this-community

Can I ask you about the help? As it seems to me, my post quite informative and interesting, but they don't get upvotes. Can you give me several advice on improving of content? Here is my last post https://steemit.com/introduceyourself/@solaresssell/who-am-i .Thanks in advance

Thanks Richard! It really helps before writing my first article as a newbie in steemit! Thank you once again! :)

Thanks for the read, I'm running over to my #intrduceyourself to look it over, do some editing and re-post with verification.

Thank you for the advice! I haven’t done the introduceyourself post yet, but I’ll do it within a day or two!!

Thanks fro awesome tips and may I repost new intoduction soon as first one wasn't awesome yet.

Oh I get... really great information. I did the same silly mistake... Going to retake my introductory post tomorrow and try to me more authentic. Otherwise, people won't notice me or my posts... 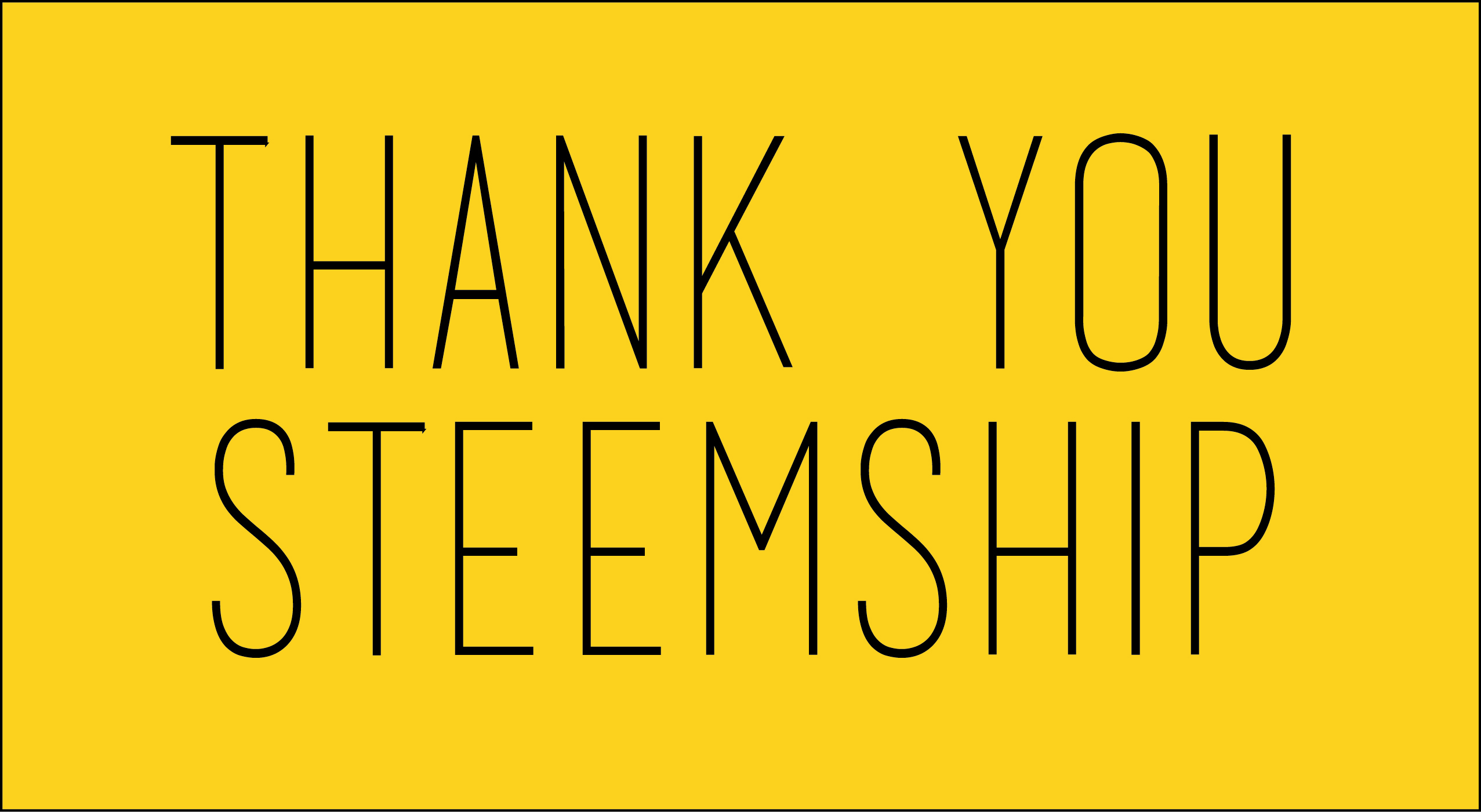