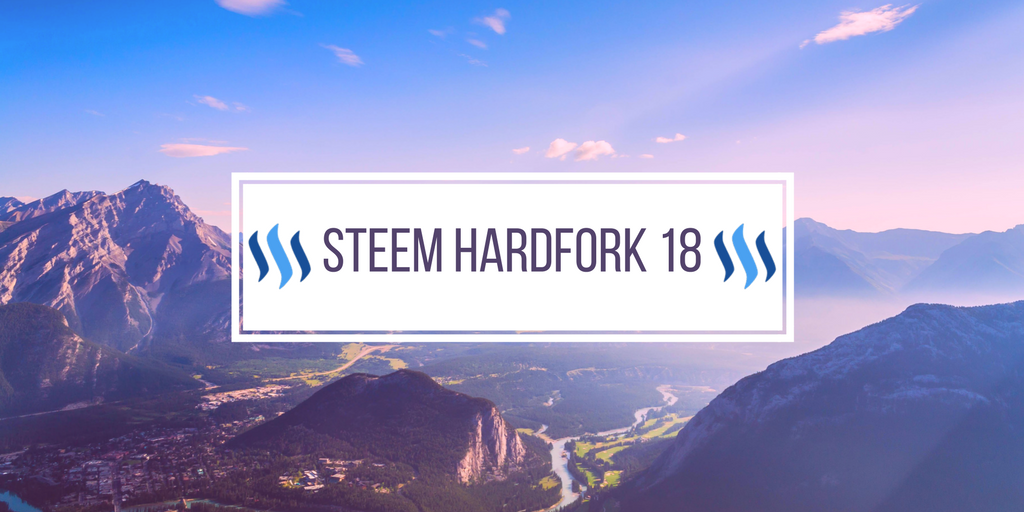 Steemit Witnesses have reached a consensus to Hardfork and Community request was made official on Github, Users can expect upcoming changes to be made to Steem's Protocol. The release is an amendment to 0.17.0 and will apply Hardfork 17 & 18 into one particular Update version 0.18.1 to be schedule for Thursday, 30 March 2017 15:00:00 UTC (11:00:00 EDT) (Majority of Steem Witnesses are on version 0.18.1, We got ourself's a Fork!)

Check out the Official Announcement & Follow for more Upcoming Updates

What is a Hardfork? As it relates to blockchain technology, a hard fork (or sometimes hardfork) is a radical change to the protocol that makes previously invalid blocks/transactions valid (or vice-versa), and as such requires all nodes or users to upgrade to the latest version of the protocol software. Put differently, a hard fork is a permanent divergence from the previous version of the blockchain, and nodes running previous versions will no longer be accepted by the newest version. This essentially creates a fork in the blockchain, one path which follows the new, upgraded blockchain, and one path which continues along the old path. 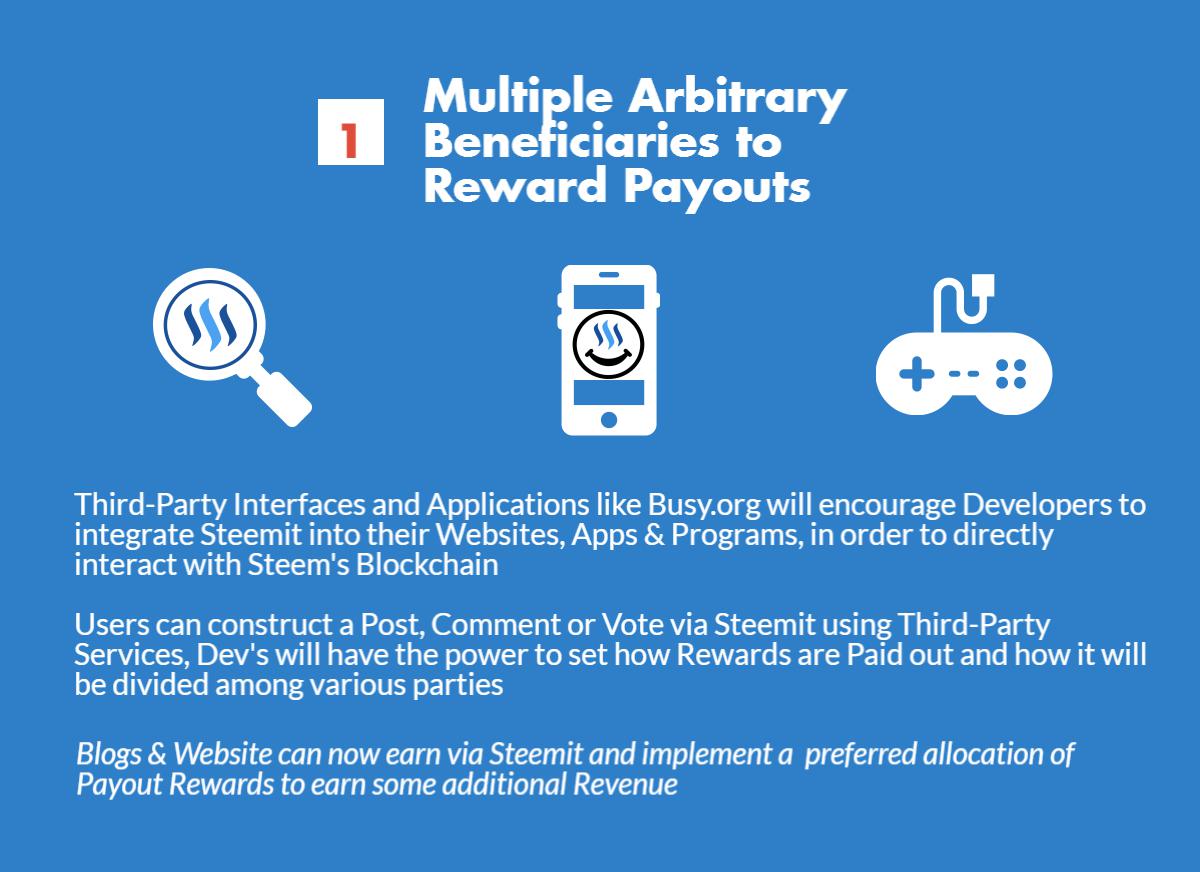 There are some new Features which Users can expect in the upcoming updates, since majority of Steem Witnesses had a difficult time to reach a consensus for Hardfork 17, so let's focus on major game-changing New Features to be added to the current version

Delegated Bandwidth: You can now delegate any part of your SP to other users to vote for you. Those who accumulated a reasonable amount of Steem Power can request others to Users to vote for you, this means so called Whales don't need to be on Steemit 24 hours voting for Content to enjoy Curation Rewards instead they can pick a person do it for them

Arbitrary Reward Splitting: Allow Third-party Applications to Split Rewards among their Users, so anyone can monetize their own Application you built on top Steem! Busy.org could receive a small share of the Rewards from it's Users, allowing them earn as an incentive for providing a service to Steemit Users

New Changes to be Introduced in Hardfork 18 Protocol

Is Hardfork 18, a Revision of the Pending Hardfork 17?

Steem Witnessess didn't reach a Consensus for Hardfork 17, all the changes found in that particular protocol are part of major changes planned for Hardfork 18, with few exceptional changes to implemented in the upcoming 0.18.1 version update

Why, don't Steemit Developer just rebrand it to Hardfork 17 instead of referring to it Hardfork 18, since HF 17 never took off? The main reason is due to technical difficulties that the new Version would not have use the same consensus rules as the existing Hardfork 17. Making adjustment on top Version 0.17.0 would result in a upgraded version which incorrectly implies that it was compatible to run alongside other 17 versions

To avoid any further misunderstanding between the 2 Hardfork, the latest new Hardfork Version Number will make it clear that there are new Consensus rules, that will require nodes to use 18.0 or above in order to work, however Hardfork 18 is pretty much Hardfork 17 but Revised with certain changes to be implmented such as Upvote Lockout & Removal of Comment Reward Pool 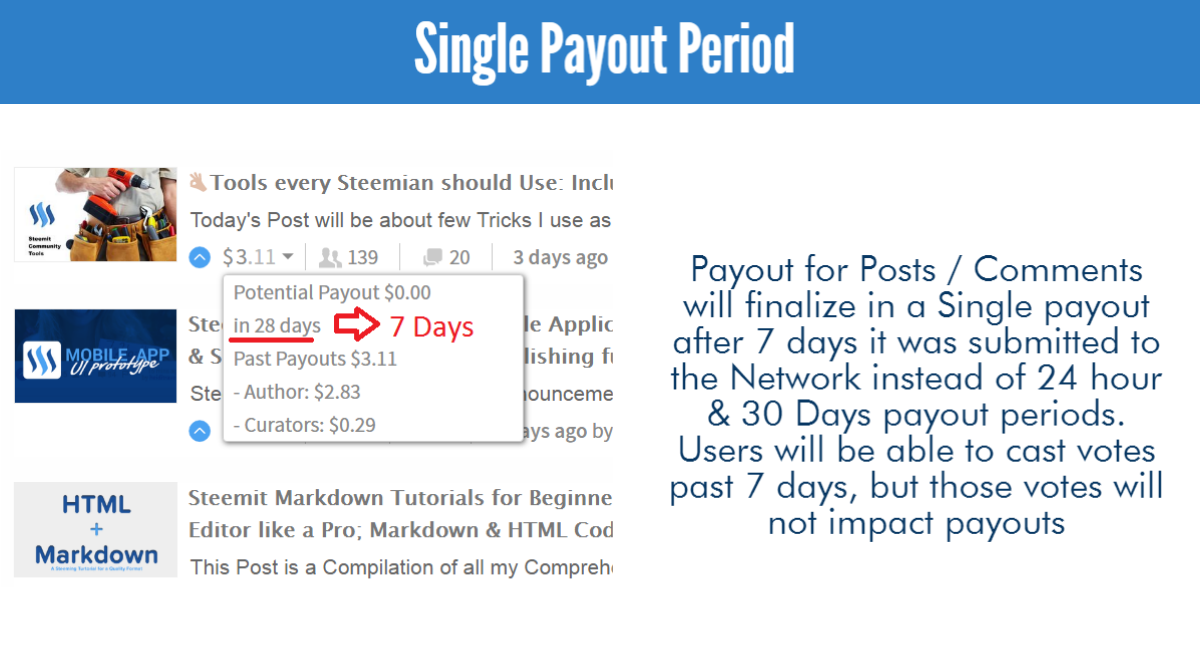 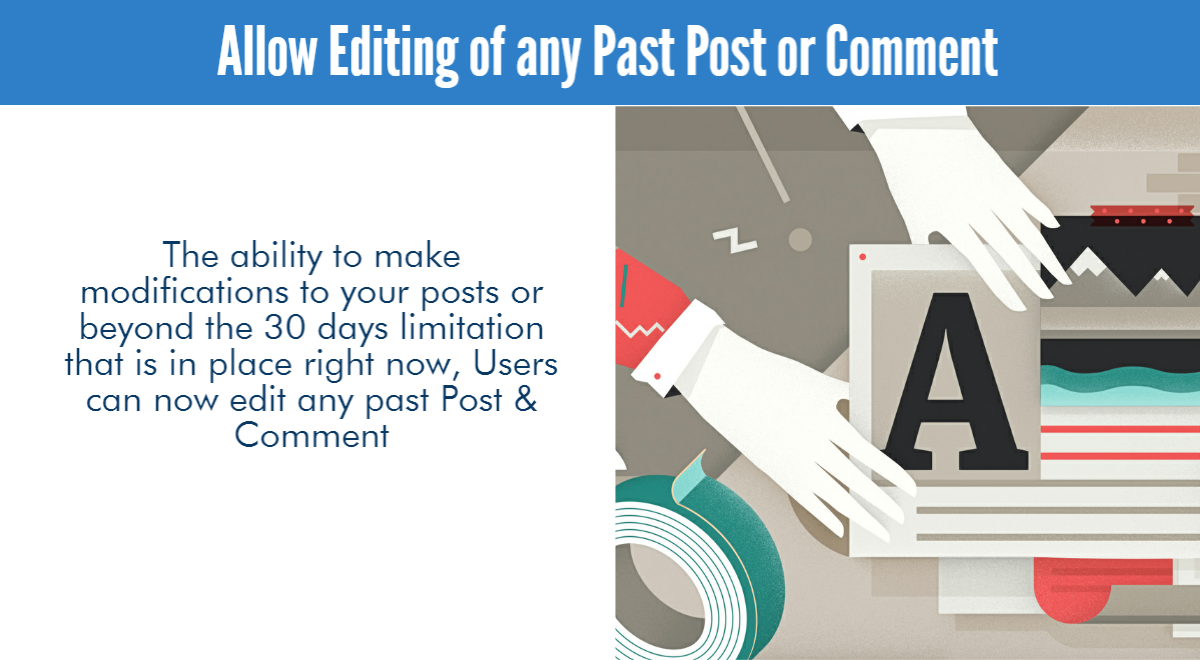 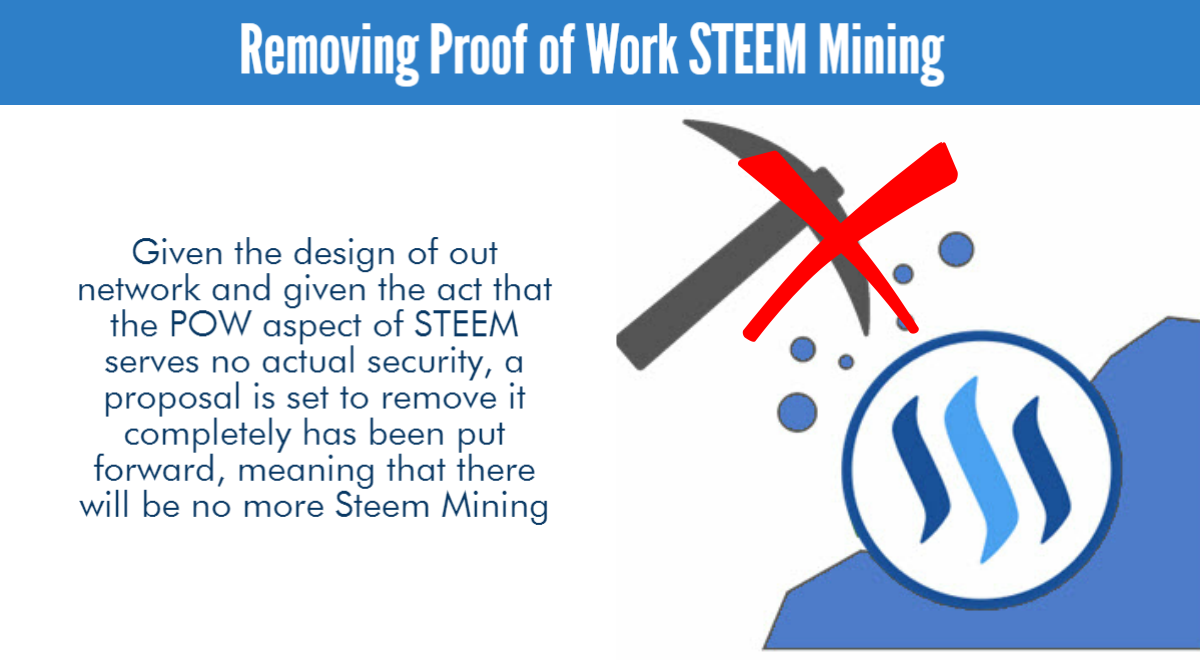 Disclaimer: I Dedicated this Account to Write about Steemit! Not only do I get to learn more about this platform but I also get to connect with others! Do regret using a specific name like @Steemitguide, because everyone assumes i'm a Steemit Developer, so do go easy on me if you're Frustrated for whatever reason, especially if it has to do with Hardfork 18! Give Steemit Developers a chance to built this Platform, as i can see more good than bad resulting out of this. This is not some 40-50 year old dude behind screen, secretly working for Steemit. Just some Colleage Student, trying make sense out of Steemit

Thanks for that - time is ticking down - what I do not understand 100% - delegating Power to others for voting - that helps the one giving the power so he continues to earn curation rewards, correct? But the one actually voting is not rewarded at all?

I am quite sure someone will explain it in a little more detail when it happens.

Have Yet to fully find out! Once i do, i will go back to this Post to answer this Question. I'm running out of time!

Probably reasonable changes except one. I don't think that article rewards should be limited neither to 30 days or (even much worse) 7 days only. Appreciated content should be able to gather rewards all the time of its existence IMHO.

I think many people think that way, currently the issue is being disregarded, with the excuse that votes are being cast within the first hour, only because 80% of the votes are bot votes at 1% :| sooo yeah, that is the reso behind he 7 day window. it adds to the simplicity, since now every post has only one payment, and you can tip in the future, but that is bullshit and I would see nothing wrong with reposting all my posts every 2 months :D cheetah would see some issues :| (plager bot )

This might be a valid point. But the question is what it would do to the economy and how it would best be implemented. -Should the votes weight count as much later in time as they do at first? I'd be interested to hear some ideas. absolutely FANTASTIC!!! WOOOO this is all great stuff. im just over the moon for this. onward steemit, we are growing

I have some questions:

I apologize if my questions are inane but my excuses are, again, that I'm new here and the blockchain is new to me :)

Thanks for the clarification and thorough response! It's greatly appreciated.

An excellent #nuggetized graphical representation of all the changes! UV & RS.

very useful and understable information. thanks for sharing!

You've done a very good job with this update.

Thx for the explainer. I will be watching to see how it all works now that a lot has changed. One big issue though that I foresee, why paypouts only at 7 day period and not also 30 days? Surely this will limit interest from new Steemians entering the platform.

Thanks for a quite clear explanation... I guess only time will tell how the "idea" ends up "functionally implementing" in the community.

I also wonder what happens with posts that "bridge" the old to the new... i.e. a post was created two hours before HF.18 but (obviously) it's payouts and comments run into 18 territory.

Nice explaination ! :) It will give more infomation about H-18. Many steemians still confused about that. Thank you ! :)

After all this might be quite good for us, I don't like the 7 day and the spam veil lift, butt whatever, 7 day it is :(

It 's all very difficult ... I will continue to post as before and I'll see if my earnings have increased or decreased. And 'the only way to assess whether these changes were good. They are very practical. I would like to bring on Steem others but these constant changes do not make it easy to explain this platform. So I focus on the results that are a good argument for those who are still out.

What a nice article! I'm glade being here on Steemit! I'm following you for more info like this one! Thank You!

Greetings, everyone.
Thank you, steemitguide, for this highly informative post!

Has anyone had post rewards disappear today? My last post was up to approx. $1.50ish and suddenly bottomed out to $0.00 when I refreshed the page, although my upvote numbers remained the same. It is also showing $0.00 on SteemStats. Wth? I assumed it had something to do with the hard fork but was unsure. Any info will be deeply appreciated!

Does anyone know why?

I need your help, to guide me so that I can become proficient in steemit dan follow back me
thanks

Not sure why you got to flag me @engagement, if there is any mistake do let me know, in order for me to correct it. I'm not a Steemit Expert but intend to write content that helps educate other individuals, feel like I fucked up big time!

@thecyclist, thanks for the flag guys! 21 year old deserves it, will refrain from posting any Post about Updates now! Have been long enough on Steemit to know what's going on! all I can say there are some who are at your mercy because they are Good content curator, are likely not against your Steemit Agenda. Maybe this was to reduce my Rewards, but i'm hardly making much for Content that really helps educate other about Steemit.

Really don't know why i'm being flag, please let me know so i can rest in peace :)

How to kill Steemit

My commiserations, @steemitguide
More than anything else, these whimsical flaggers or bots gone amok will kill @Steemit

Pray, @steemit community does this post require a downvote?

Of course, there may be some errors but, these could be pointed out in the comments section.

@smooth, don't understand why you have to flag me? 3 flags and no explanation. You guys just killed my rewards, thanks guys! appreciate it. knowing you guys are after me, makes me want to leave Steemit ! at least give an explanation. This is content about Steemit only! i know some authors that write about cryptocurrency & art, however they aren't target of your flags. Give me a chance to succeed somewhere in life! been here for already 9 months, earned a total of 1.5 K for all content I made. Obviously most of it is my Steemit Account now. I don't have much to begin with, and i only write content about Steemit. This is not my first flag, i have no idea why i'm being flag.... give me chance. Everyone writing about stuff they like, i'm just trying to learn more about Steemit and to pass my knowledge down. I took @nigelmarkdias survey, disapprove of mass flagging, they can just turn into a Cheetah bot, that seems for me to be Working! Sucks to be Whale investing big money into this platform...

well i don't fully understand this, but sounds like good ideas to me... would u care explaining fro a rookie? :xD