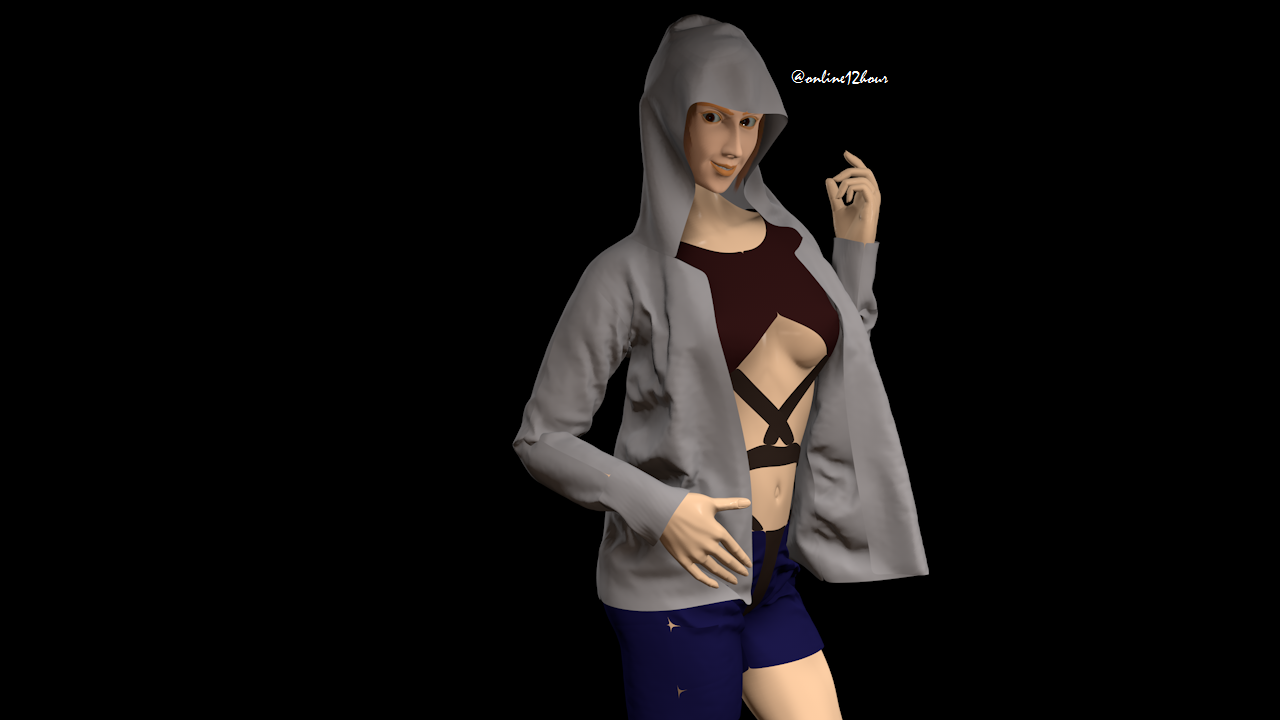 mae is nickname for maemunah that suppose born as twin in the slum, his poor brother was died when they are 8 months in their mommy belly, then his mother was taking last breath when giving birth to mae.

mae raised by a beggar whoes help her welcome to this cruel world until she is five old, born with high inteligent she start to think why she never have life which people call as night, mae ask the beggar and he explain it that she have two personality but it's more like a different person, a beggar liking more "night" version of mae because it's represent herself and that is a bad one.

after she grow mae found what is her problem, she have two soul in one body which is her big brother that died before she born. they switched body each sunset and sunrise. her big bro is learn how to live as a beggar in his night life and made his personality become realy bad, but mae is still a pure gentle girl because of the beggar habits that always wake up in night and sleep in daytime, so she making friend with good grandpa who own a cafe near her slum.

mae is now eight-teen and have his part time job at internet cafe, she gain more knowledge day by day that raise significant that she never learn before and just pop up in her head each morning, she assumed that their body share same knowledge what is her brother learn, most of them relate to hacking internet and stealing e-money. this made mae become afraid of herself, she don't wanna be a criminal like the one in the news "e-calypso" who is has been hacked so many company and lots of the richest man in the world, until one day she read a news at criminalsleak.omg website about first appearance of "e-calypso" moving in the shadows which is represent his body gesture wearing a hoody.

Mae discovered a fact that famous internet hacker is her brother who switched body at night, make use of her inteligent and knowledge, she gain information about secret project that support by steemit community in invention of future technology, she contact of inventors in secret meeting and asking for help from "Dr.Who" with his new invention, mae taking the risk to become his "guenia pig" and the result is unexpected success, this invention is "time traveler gloves" which bring her to future and past, but this premature tools is only works in short time between 12 hours to future or past. Dr Who never know if his invention is success or failure since Mae is disappear into the dust, he feal sorry for mae then stop this time machine invention without knowing the fact.

mae now has become the secret hero who protect the world from herself, she wake up each day and travel 12 hours to future to track and prevent her brother run his action, then she back 12 to the past and keep "time machine" in secret place, so that her brother can't found it or it's will become world war III.

that's the stories of mae who in secret keeping the world secure for us so we can carefree using e-currency.

if you like this story, vote and resteem to support it become 3D Short Movie. the story is my @Originalworks thanks

The @OriginalWorks bot has determined this post by @online12hour to be original material and upvoted it! img credz: pixabay.com
Nice, you got a 38.0% @nojo121 upgoat, thanks to @online12hour
Want a boost? Minnowbooster's got your back!