Why I'm Powering Down When Steem Is Going Up

Steemit was my introduction to crypto. And Steemit became my education on crypto. I knew about BTC, but Steemit made it possible to open the gates and let me walk right into the garden of crypto, blockchain and the oases of possibilities that decentralization has to offer.

Poster campaign I did summer 2016

The hay days of summer 2016 were amazing. I was stuck to my chair with my eyes peering at my screen, and as I was earning on my posts, I also started to learn more about crypto. I felt as if I was back in school although this time the teachers were other Steemians, Reddit, and Youtube. It was around Steemfest that I began to look at other coins and their potential. While I did not understand everything, I mainly went with a gut feeling and some advice from a trusted source. During Steemfest I met more people who were knee deep into crypto and the more I talked to them, the more enthusiastic I got. Some of these people were living on crypto solely, for years already. I was stunned. That's when I got the idea to finance my documentary project through crypto as much as I could.

During Steemfest and Christmas, my financial resources were rather slim, so I had to use the Steem that I earned to buy up other coins. I managed to do so just before the Steem price went down and stayed down for quite some time.

Making a feature length documentary is pricey. Not as pricey as doing fiction. But still, you're looking at 25/40k for low budget to 75/125k for more hi-end production. And I started back in September with little to nothing. There are plenty of films that are shot with no budget. The way I look at filmmaking is that if your story is solid, you could potentially shoot it on an iPhone and still make a great film.

Pre-production and actual filming can be done with a minimal budget. You need a good camera and good audio. So I borrowed some money and got myself a decent setup. 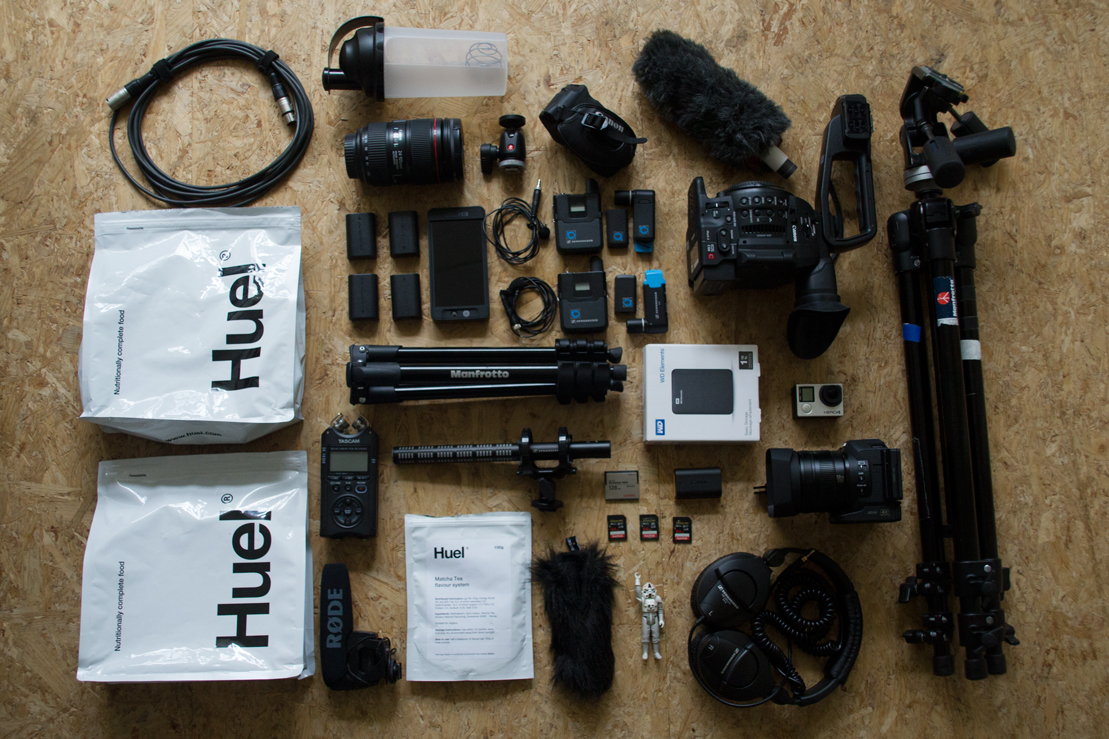 Gear wise it's all set up, and I've been filming, interviewing, writing, producing, and traveling my ass off the last nine months. It all seems to come together. The thing is that this is all production. I'm shooting the film. Once it's all shot, saved and backed up (3 times) the 2nd stage of the film starts to unfold; post production. For the post production of this film, I need around 15/20K. At the end of the line, I'm going to sit on around 6/7TB of raw footage that has to be edited into approximately 70min. The montage has to be done by an experienced editor who will work full time for about 3 to 4 weeks. Then there is audio engineering, subtitles, and color grading. All these are costly and time-consuming jobs that have to be done by experienced people. This is where the film is being sculpted into a beautiful thing. If you have the capital that is.

After the postproduction, there is distribution and promotion. It won't be screened by itself. And you don't want to just upload it to Youtube. The ideal route for a film is to play at a wide variety of international film festivals. After that, It might get bought by TV or an online streaming service such as Netflix.

Jump cut (link) to last months boost. I was in San Francisco at the time where I was doing interviews for the documentary. 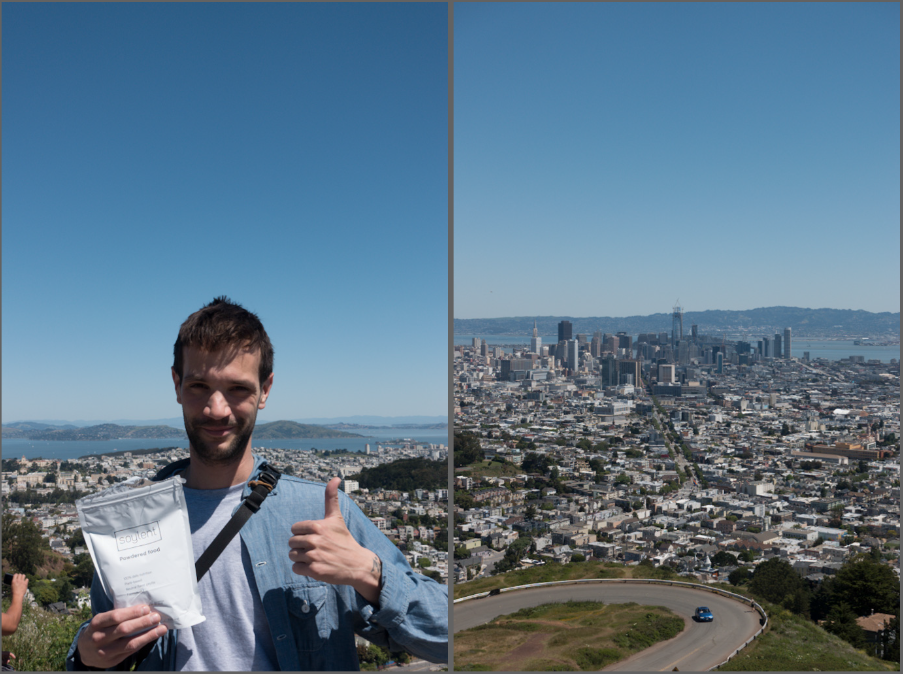 I knew this was the time to start powering down everything I had and start buying up other coins. I wanted to use the Steem I had to increase my earnings, and it worked pretty well. I set up a diverse portfolio and decided to just HODL for a longer period.

I don't want to go into details, but I can say I was sitting on around 4K worth of Steem and if things go as planned I'll soon be reaching towards the 10K. This means that I'm coming closer to finance a large chunk of the post production of this documentary with crypto. A̵s̵ ̵f̵a̵r̵ ̵a̵s̵ ̵I̵ ̵k̵n̵o̵w̵,̵ ̵t̵h̵a̵t̵'̵s̵ ̵n̵o̵t̵ ̵b̵e̵e̵n̵ ̵d̵o̵n̵e̵ ̵b̵e̵f̵o̵r̵e̵.̵ (This is a very different way of financing a film with Crypto. It's also a fiction film). And I owe this all to Steem. And powering down at the right time.

The way I see this financial challenge is that it could provide an excellent case study as for how Steemit provides you with the potential to work on something that eventually grows and keeps growing. Once the film is finished and ready to get promoted, I will definitely use Steemit as a platform.

I'm curious what people think of my use of Steemit and the perhaps controversial method of powering down once Steem started to rise.

Thanks for reading, please let me know what you think!

I don't get it. You deserve more votes. Looks like you do not have to mention powering down here :)

Well, I don't think that really the point. I've been away for quite a while. Engagement on Steemit is what gets you upvoted. In the long run you'll see that the reason I powered down is to promote Steemit. For some It might be a bit of stretch :D All I keep in mind is that I want to make the first feature length docu financed by crypto >_<

This is fantastic and inspiring. I wish all the luck and good fortune in future endeavors . Thank you for sharing your story.

this is actually great! I've been also saving all my money (isn't too much but around 100$) and I so want to keep going cause my goal is to finance my own trip to lisbon for the steemfest. It could be pretty great!!
I wish you the best of lucks in your film proyect, my sister studies audiovisual arts at college so I know well the struggles and effort in every production.

Really hope you make the money to go to Steemfest! I was their last year and it was an amazing time :)

Great story, Matthijs! Interesting to read a little bit into the process of producing a film. I wish you all the best. :)

Btw, I think it's a good strategy to diversify your cryptocurrencies. It's rational to power down and spend your Steem when its price is still high, although I think Steem could go up more.

Thanks! It's funny that Steemit made me more creative on a financial level, almost ironical. And I agree, Steem price will def go up! If only I had the financial aids to have bought more back when it was 0.07 >_>

Lol. I sold some Steem at $0.10. Fortunately, I put it in other crypto's that were increasing in price as well. Good luck with your trades!

Nice piece! It is very encouraging to see creative people be able to finance their work through Steem!!!

Good luck with your doc @futurefood! I just did an article about the second film ICO Braid, investors be warned, check it out @bruckdashel

Thnx for pointing that out! I'll def look into that post. I can say that I will not go into the hassle of setting up an ICO for this film LOL That would be insane. I think that my model is way more simplistic in that sense. I'd also like to keep full authorship/rights over the film that I've so far produced and financed myself.

None the less the example you wrote about in your post is super interesting as it could provide the film world with a complete new way of finance system which could lead to a new way of film making.

It may even lead to a whole new age of film. The studios are really not producing films that the audiences want to see and ticket volume can attest to this.

The major problem with it, as you brought up, is control. Not a good thing to lose when making art.

Yes, that is an issue indeed. That's why It's good that people are sticking out their neck and experiment with new options. Once that ball starts rolling we'll be able to see what can be improved.

Will you post more about film making? You know quite a bit I reckon!

I will definitely be posting more about filmmaking. I'm working on expanding my following a bit before I get into too many long posts. I see there is little benefit until you've connected more with the community.

That is actually a good point. Hmmm think I adopt that strategy as well.

:-) Connecting is why we are here.

It's an awesome plan this movie and the idea to finance through crytos and the steemit platform. I want to do something like this in the near future not liquid food like shakes, Soylent or Huel but with music videos traveling to the musicians staying in their cities, upload the videos then travel to the next musician and city and so on.

I'm very interested in these food replacement drinks, video making and cryptos. Going to keep up on what u do and follow. Again it great what u are doing much respect :)

Thanks for your reply and the support ✌️

Thanks for the encouragement. Oh but not interviews but actually creative music videos but I would also document to whole process like u are saying documenting it. So yes like interviews also :)