fronttowardenemy (57)in #steemit • 3 years ago Yesterday I attended the first Portland Steemit Meetup at the Hub Bike Bar in Portland, Oregon. I arrived with my brother @doctorcrypto, and my nephew @skunkybum. We had a pretty good turn-out with 11 Steemians and 2 dogs showing up.

This meetup was more of a get-to-know-your-neighbor event than an instructional event like the Hanoi Steemit Meetup that I attended last month.

It was great to find out that other Steemians in Portland do exist! You'd never know that Portland had more than 2 Steemians if you looked at #portland and noticed that the posts jump from 6 days old, to a post 11 months old, to posts older than a year. I don't know if this is a problem with all small tags, but it looks like the Steem blockchain doesn't like #portland very much. Both myself, @doctorcrypto, and many of the other attendees have posted in #portland, but you'll never see those posts if you sort #portland by creation date. They've simply vanished! Does anyone know why this happens?

It was great to meet other Pacific North Western Steemians in person. Even though we had a very mixed group of authors who post about wildly differing topics, there's a commonality that exists between Steemians. It's not an interest in crypto or an interest in blogging, but a kind of openness and a desire to hone one's craft. It's an excitement about the future and the possibilities and opportunities that are looming around the corner. It's an appreciation for the opportunity to pursue our passions and be rewarded financially and socially, even though we may be beginners in our fields. I'm not very outgoing, but it was great to be around kindred spirits.

I tried to get some candid shots of the meetup. My apologies if some of them aren't the most flattering. 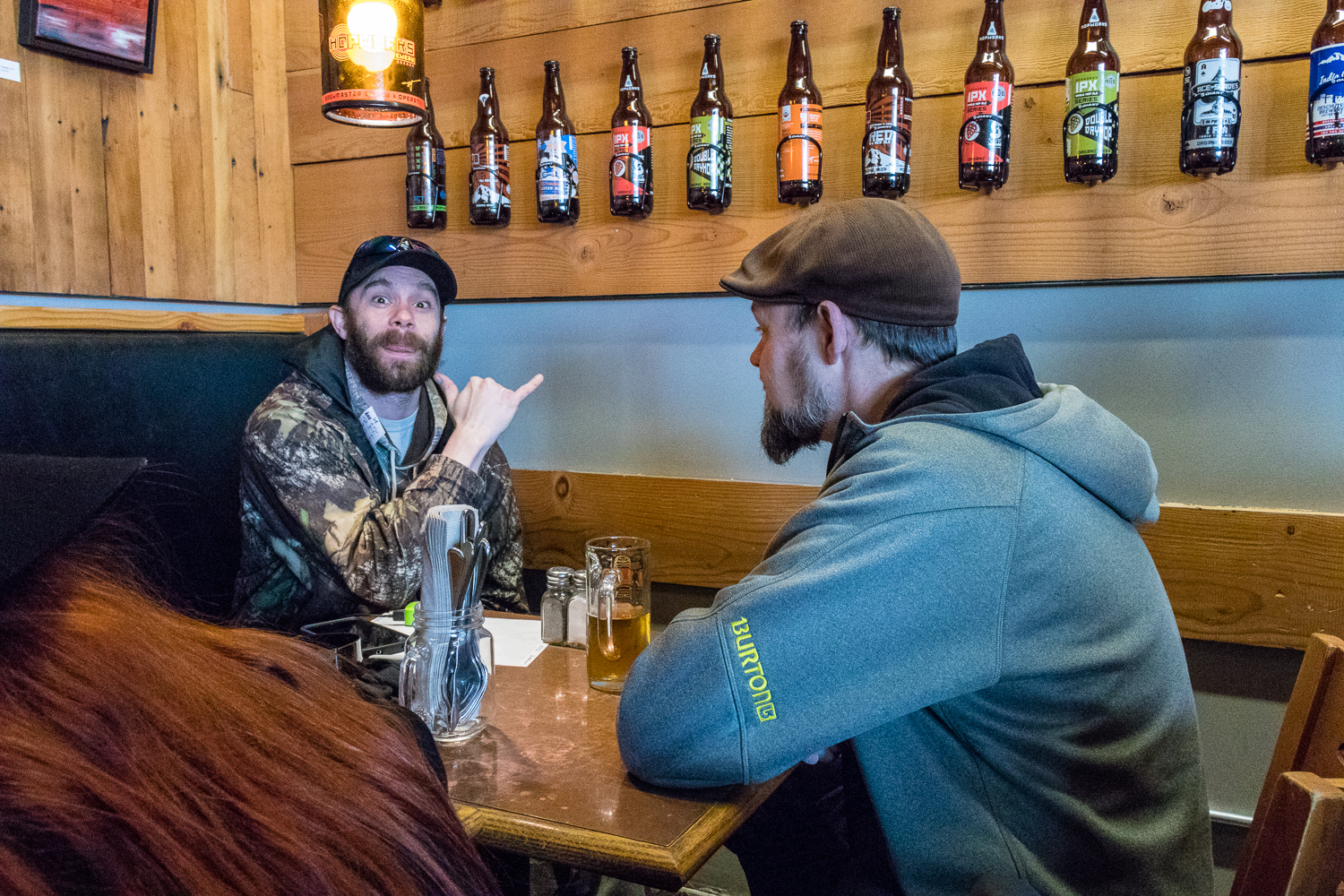 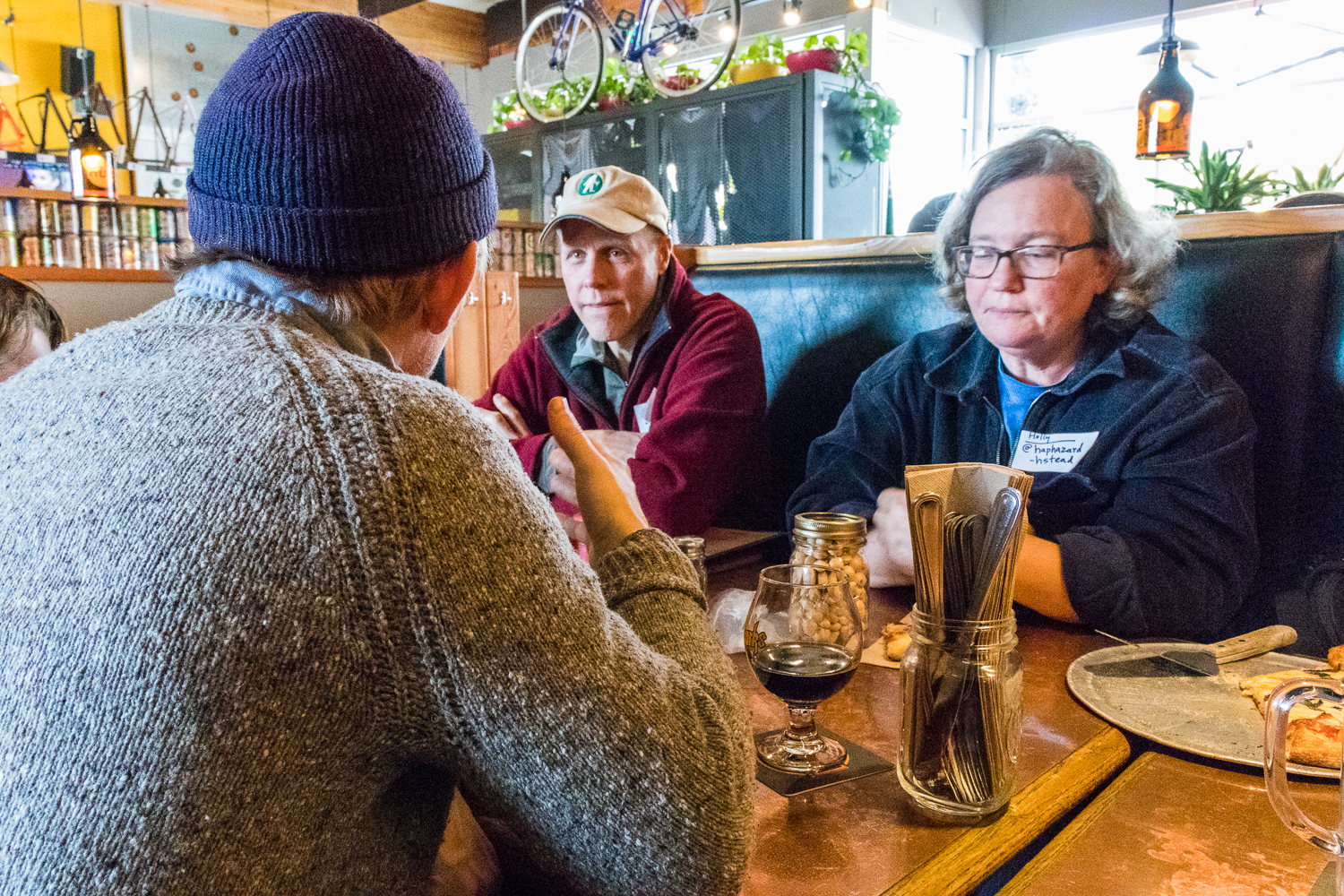 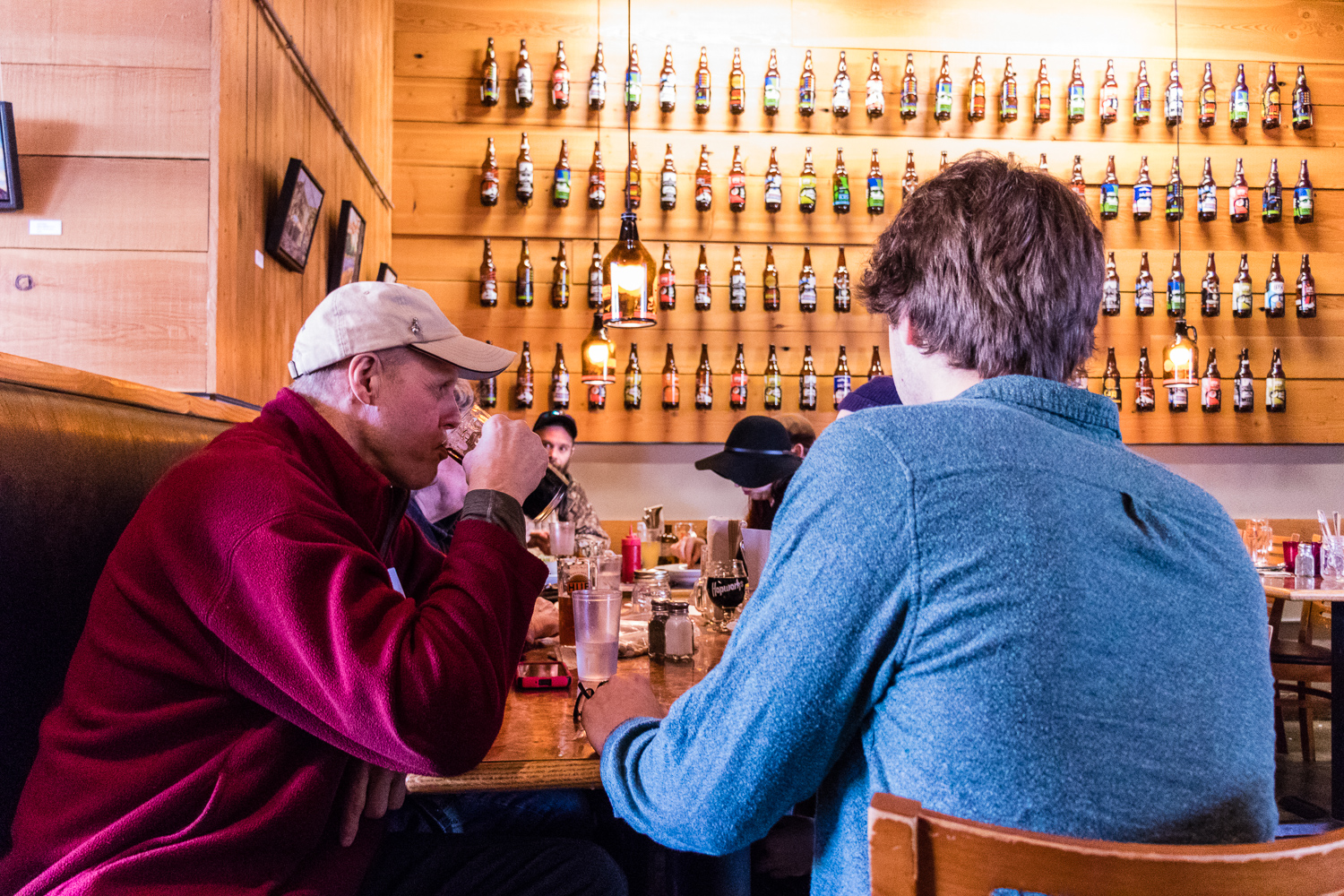 This photo of @ddschteinn and @nickh725 was my attempt to get fancy with all of the beer bottles in the background. 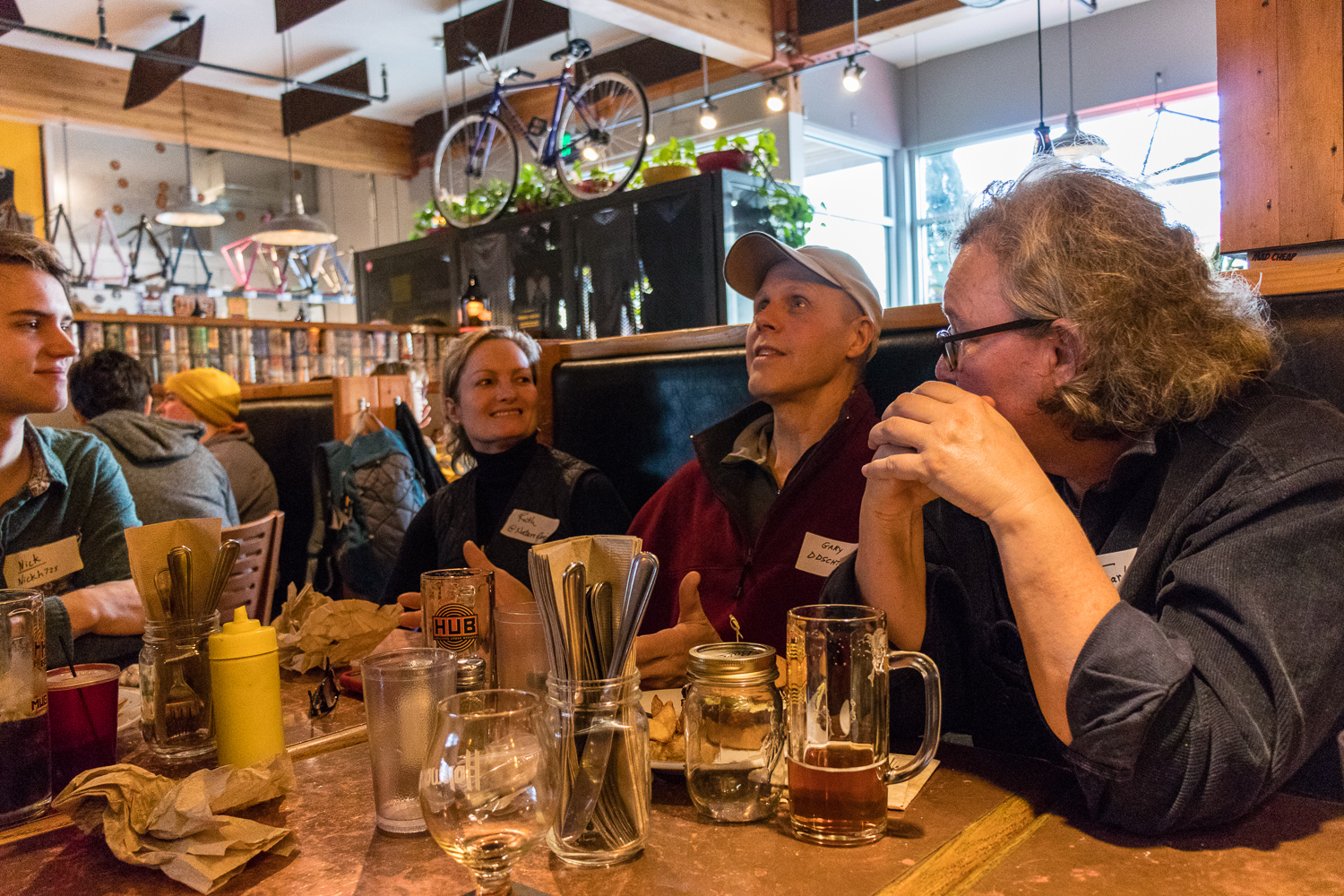 Thanks to everyone who came to the event. And an extra big thank you to @natureofbeing for arranging everything. It was great to meet all of you and spend a little time together. I'm looking forward to the next meet-up!

Great job @doctorcryoto @fronttowardenemy. I love this kind of warm meet up. Everyone can sit around and have drink 😊😊

I came away from that meet-up feeling kinda inspired. Good vibes!

Most excellent post. I really like what you said about the difference in the views and ideas between folks, and how even though this exists, everyone has so much in common in the end, and are like-minded on the site. And it's amazing how well everyone gets along in such a short-time setting. Definitely a lot of really nice people on Steemit.

I greatly enjoyed meeting you and everyone else at the meetup. A lot of fun and discussion. As you said in a comment before, sorry we didn't get to talk as much as I'd like, but there was a whole lot going on at the table. Which is great, a lot of fun energy. Thanks for putting out such a great post here, and for coming to the event. More new friends on Steemit. Yaaay! Have a nice night in the big city.

Hell yeah! Thanks for the great compliments!

It's so fun to meet other Steemians in real life. It really opens me up to reading posts that I would normally ignore when I know the author.

Nice post @fronttowardenemy, it was great to meet you! Also, thanks for shooting the video of @doctorcrypto, @skunkybum and me.

I like what you said here about having a commonality among steemians that isn't really about blogging nor crypto specifically, but

a kind of openness and a desire to hone one's craft. It's an excitement about the future and the possibilities and opportunities that are looming around the corner. It's an appreciation for the opportunity to pursue our passions and be rewarded financially and socially

Thank you for the kind words! We appreciate the effort that you put into the meetup.

That's a great writeup of our meetup! You really captured the feeling of it well! I was surprised how easily everyone connected, even though most of us had not crossed paths on Steemit before. And maybe we can get more Oregon folks out for the next meetup! : )

Wow this is awesome - I didn't know about this meetup in Portland! I'm in Tacoma Washington which is only a few hours away. Hope there's another meet up in Washington or Portland soon, I'll definitely be there. Following you to keep in touch.

Was hoping to get to know some Seattle people when I was at Cannacon.

But had a great time!

Dammit. Sorry I missed this!!!

Very cool!! We have an active Steemit Mastermind happening here in Chiang Mai, Northern Thailand too!! Pls tell the Portland peeps to be in touch for a coffee (on us!) any time they find themselves in our Thai neighbourhood!! Love it.

Awesome! I've been feeling the need to return to Pai, so I might end up in your area this year.

Well I could have been there, but I got cold feet. Thank you for sharing your experience with us.

It's great for meetings, I hope to have more meetings in the future and one of it will take place in Vietnam.

I think people are planning a meetup in Saigon, but I'm not sure.

Yes, but I'm too far away from Saigon, I would not be able to participate :((

Great looking meetup, I like this format. More of a social for sure. Hope the Saigon meetup ties in with your next trip!

I've added you to the list. Thanks for signing up!

Please add me to your list @pdxgal, so bummed I missed this, by really happy to stumble on to this post.

I've added you to the list. It's a shame you couldn't join us for this meetup, but hopefully, we'll do another one soon.

Notification of a new post from me. Some apps will send a notification to your phone when you are mentioned.