Echoes of Tomorrow's Past - Part 9 (An Original Novella)

Six hours had passed since James was placed into an induced coma. An intravenous drip had been inserted deep into a vein in his arm. The clear plastic bag containing a nutritional, colorless food substitute placed on a stand to his immediate left. Other transparent, thin tubing hung loose from various parts of his chest area leading up to a small ICU monitor next to him. It's luminous LED screen displayed real-time statistics relating to his vital signs and overall physical condition. Additional adhesive pads were secured to both temples and to various places on the back of his head. However, no wiring of any kind ran from those.

Dolores stood in front of the machine, running through the various lines of text. 42 BPM heart rate monitor, check. 138/90 blood pressure, a little higher than normal but stable. She turned toward James. Looking at how helpless he was, just laying there. A sliver of guilt flashed through her mind. What if she had not pushed him into his involvement with Digital Realities? Would the ordeal he was going through had triggered anyway even without her well-intentioned intervention? She bent over and ran a hand over his pale forehead. He was warm to the touch, yet remained unmoving. A flood of memories came bursting through. Six years of living in the contentment of a blissful marriage is plenty of time to gather an assortment of cherished mental treasures. The happy times, sad times, even angry times. Though why is it that we dwell more on the good than the bad when a loved one is in ill health or has departed from this world, she thought to herself.

The door opened behind her and Dr. Grey strode in. He resembled more of a real doctor now, wearing the traditional white coat and specs. Though visible beneath was still the expensive suit she had got so used to seeing him in. Up until now, Dolores had not noticed how striking his smile was. Pearly white teeth paired with a clean-cut, film star's facial profile. She had to wonder if everyone working at the company were only hired for their aesthetic charms alone. He approached her in his usual reserved manner, signalling in the direction of the room entrance. Mrs. Donnell. If you wouldn't mind."

Even though the look of the place they were walking through was very different to Dr. Grey's office area, it was still incorporated within the same office floor of the towering skyscraper. He led her down a narrow hallway and into a separate room. A female nurse dressed in an official looking white uniform passed them by. The company logo was emblazoned across her top. Probably on her way to attend to James, she presumed. The room Dolores entered appeared similar in design to his main office, except maybe half the size. The doctor showed her a chair as they both took a seat, however he opted to sit down next to her as opposed to behind his desk. She glanced up at a medley of accolades and certificates lining the wall just ahead.

"First off, how are you holding up?" he began. She looked at him like he had just asked her to strip off there and then. "How do you think?" She replied. "I was scared out of my mind. I didn't know what he was capable of at that point in time. He just seemed to look straight through me. If I hadn't have called you when I did, I think I would have lost the plot myself!" He watched her, studying her face as she spoke. "I understand your fear, Mrs. Donnell. I'm sure an event like that must have come as a serious shock to you. Especially when you take into consideration the episode James experienced the night before as well. But it's alright. Everything is under control and we're in the process of taking care of things from here and moving forward."

She eyed him with suspicion before responding. "What does that mean exactly? You know, my life could have been in danger when he went crazy like that. And all this happening right after his visitation to your lab. Quite a coincidence, don't you think?"

He nodded along to her words with an air of compassion. "Well, Mrs. Donnell. I must say you're quite astute. Is it a case of sheer bad timing regarding the unfortunate run James has had over the last forty eight hours or so? Or could it be something else entirely? That's for the results to tell us after our investigations are complete. And by my watch, that should be within the next twelve hours or so."

Dolores found his last statement disconcerting. A game of riddles was very unlike the Doctor and his sudden change in demeanour warranted a very different line of conversation. She shook her head and pursed her lips at him. "Look, don't take me for the fool, Dr. Grey. I've been married to my James for over six years now. I know the guy inside out and I'm telling you, something happened to him when he came to have that memory procedure performed. Something went wrong that day and if you'll not corporate with me, I'm sure my lawyer will be more than obliging to do so."

She threw the gauntlet down with such ferocity that the Doctor was taken back, though only for a split second. "Now, now, Mrs. Donnell." He said, raising two open palms in the air. "I'm on your side. Please always bare that in mind when in discussions with myself. So if you please, I would much appreciate the threat of any legal proceedings be put to one side. We both want what is best for James and that's the bottom line."

She turned her tone down a notch, though still displaying a deep frown. "Well, if that's how you want it, play ball with me and come clean. What is happening to my husband?"

Dr. Grey double checked the door behind her before continuing. It was closed shut. "OK, Mrs. Donnell. Fine. Now, you must remember that we do not have any conclusive feedback from our analysis to work with, as of yet. I can only hypothesize. And you know how rare that is for a medical practitioner to do. However, from what I've seen so far, I'm nearly one hundred percent sure what's going on with James. And I'm afraid you won't like what I have to say next."

The anger that drove her a few moments ago dissipated in an instant. Worry combined with a modicum of panic took it's place as she stared at the Doctor blankly. "Oh my god. Tell me, Dr. Grey. Please, what is it?"

He leaned in closer and spoke in a softer tone. "What I'm going to tell you next is strictly for within the confines of this room. If you should utter a single word of what I'm about to say to anybody else, I'll not only deny the conversation took place but also cut any further dealings with you from that point forth. Are we clear, Mrs. Donnell?"

Even though every inch of her wanted to throttle the living daylights out of him, Dolores knew when to draw the line and surrender. "Crystal, Dr. Grey. You win. I'll go along with you. This stays between us and no one else. Now, tell me. What in the hell is going on?" 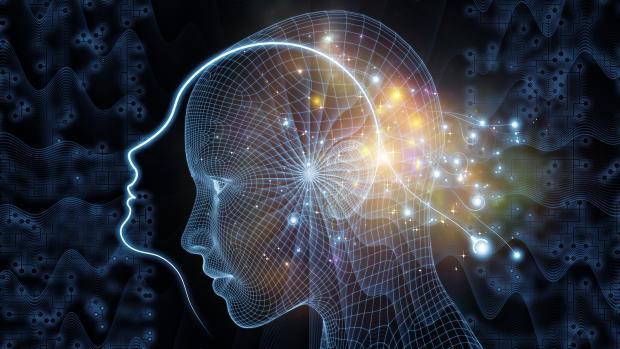 Hope you enjoyed this story, please look out for more on the way... (author: @ezzy)