gniksivart (67)in #statewars • 5 years ago (edited)
I mean if you haven't figured out that Texas is the greatest state not only in the US, but in the entire universe than I don't know what I can tell you from this point going forward that will convince you, but the sound of the war drums encourages me to march on. The generals remind the troops that the Texan flag is the only one that can fly as high as the US flag because Texas was the only state that was a republic before joining the union. What, you say that's not true? Bah, good luck convincing a Texan anything on the internet is true as all Texans are born knowing that fact about the Texan flag

Texas is such a great state we're required to take Texas history to learn more about the great state we're born and being raised in. According to wikipedia he secured victory and Texan independence over the evil emporer Santa Anna in . . .

one of the shortest decisive battles in modern history.

Houston was one of the main supporters and propenents of Texas being annexed by the United States. He was able to do this during his second presidency (was elected the 1st and 3rd president of the Replublic of Texas) and then became the US Senator for Texas and finally the governor in 1859.

Houston became the only person to have become the governor of two different U.S. states through popular election, as well as the only state governor to have been a foreign head of state. 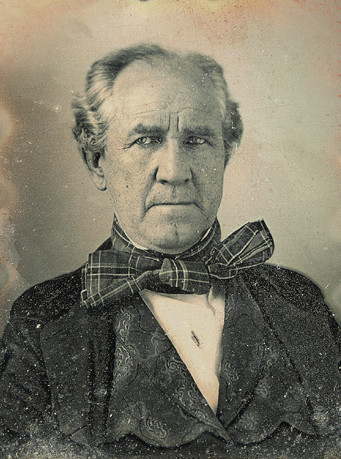 Kennedy notes the Bowie's knife had a blade 9.25 inches (23.5 cm) long and 1.5 inches (3.8 cm) wide with a cross-guard to protect the user's hands.
Once again it goes to show after following up with some information on Jim Bowie Texans are as concerned with fact as they are with larger than life heroes that may have had some unverifiable knife fights and misquoted reports. That's not important, but what is important that you refer back to the size of that knife.
Less important to point out that these men weren't born in Texas, but rather adopted Texas to make it their home and their life.

I don't know why, but it's pretty neat to say I went to high school with a professional athlete. Earl Thomas was born and raised in Orange Texas and has played for the Seatle Seahawks since the 2010 season and has had a relatively successful and healthy career. 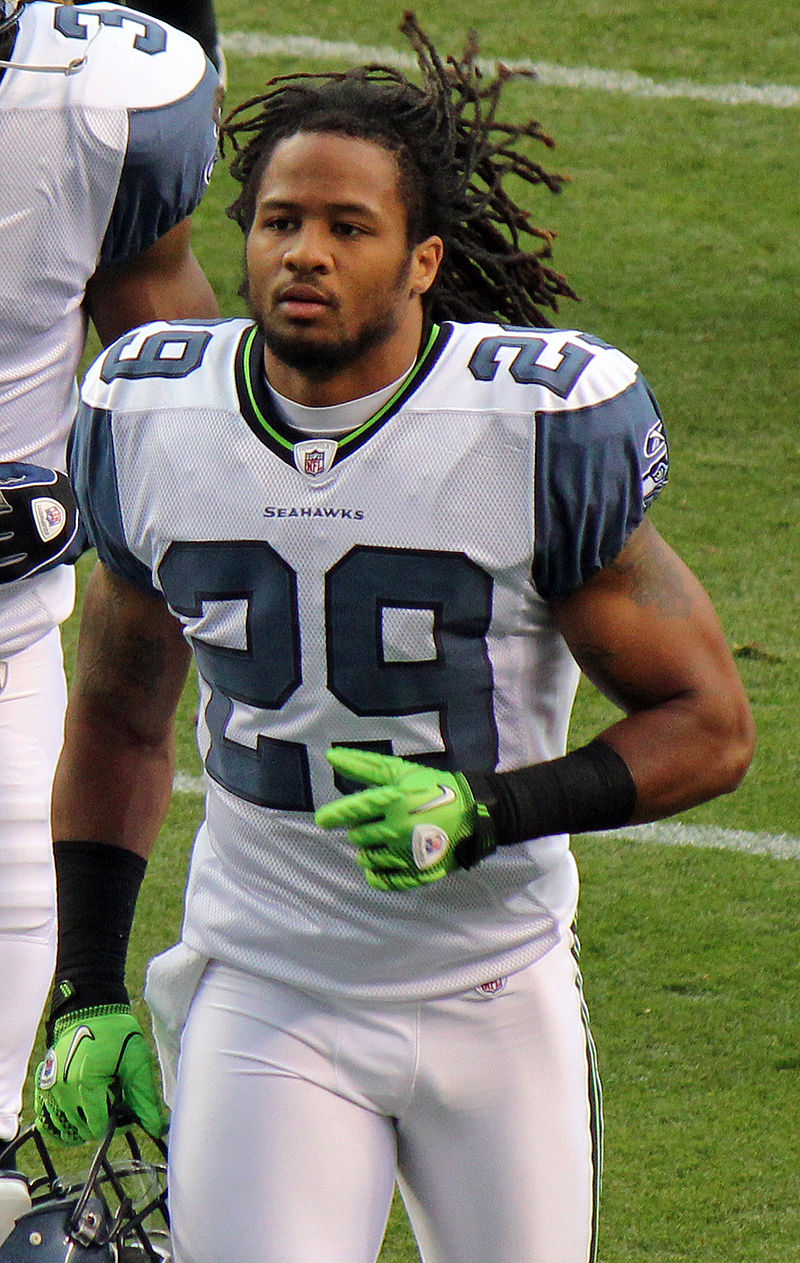 Source
This next one pains me to bring up as the US Mens National Team did not qualify for the next world cup, but Clint Dempsey is a native Texan and born in Nacogdoches a place I have visited several times since my brother went to a college in that city. As I have not followed his career that closely I'll let wikipedia share a little about him.

Dempsey possesses exceptional shooting technique along with balance and strength and is capable of creating his own shot off the dribble or finishing delivered balls, particularly in the air due to his height. Early in his career Dempsey gained a reputation as a flamboyant dribbler, though he has become more disciplined with the ball as his career has progressed. Source
I wasn't going to say much about Nolan Ryan because his career speaks for itself, but then I noticed where he was born. Refugio (/rɪˈfjʊəri.oʊ/ ri-FYOOR-ee-oh). Notice it's not pronounced Reefoogio. If you want to trigger South Texans pronounce it Refoogio. Being from South East Texan I enjoy pronouncing it wrong just to get the reactions. 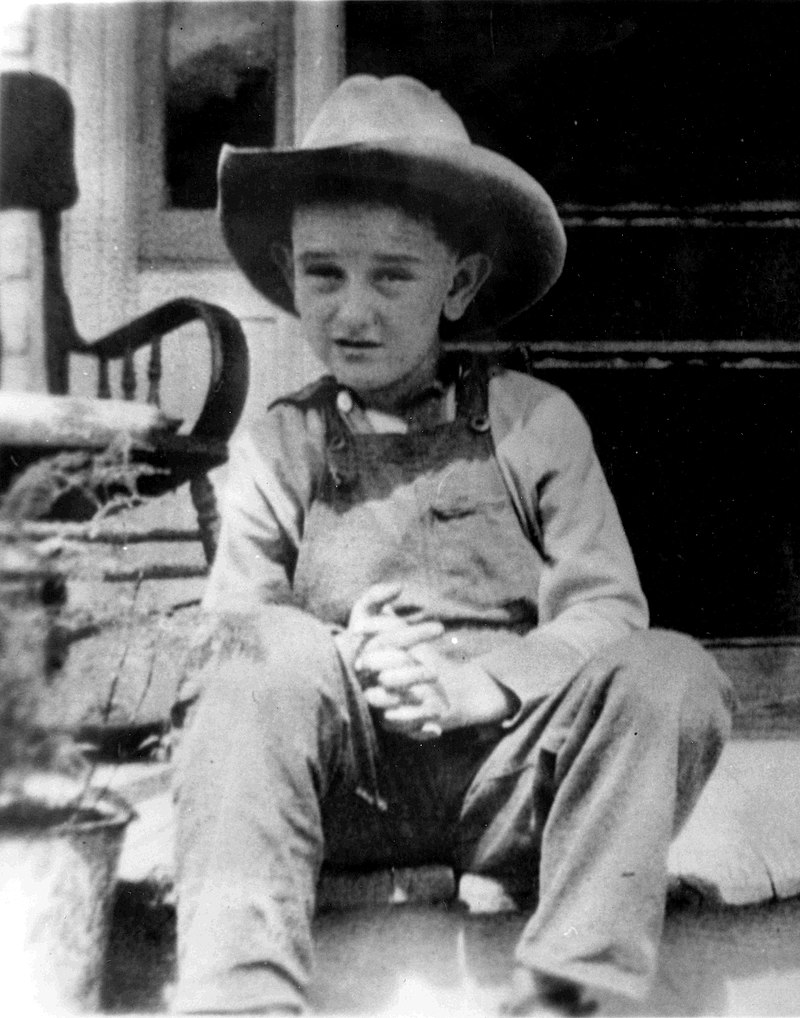 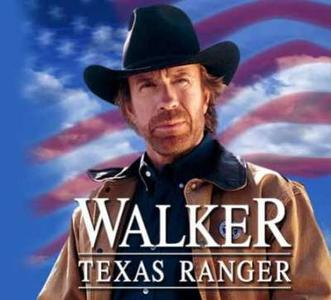 By Source, Fair use, Link

Chuck Norris can divide by zero.

When Chuck Norris does a push up, he doesn’t push himself up, he pushes the world down.

Chuck Norris has already been to Mars; that’s why there are no signs of life.

Chuck Norris runs until the treadmill gets tired.

If you enjoyed learning a little more about Texas leave a *Insert favorite state here* RULEZ in the comments down below!

Texas sounds pretty awesome from everything I've been reading and learning a lot of interesting things from all the different posts through #statewars! Thanks!!

I've really only been talking about the South East part of Texas as well. I don't think I've really touched on the Dallas or Austin areas.

Understandable as our posts would be incredibly long!! ;)

I love the state already. Have never had the opportunity of being there but i think it will be great. Like that Chuck Noris punchlines. And Clint Dempsey...huh! That guy was simply amazing

Haha yeah and before doing research/writing this I had no idea he was from so Texas and only lived about 3 hours North of where I grew up. Okay it's not that close, but still cool to know he's from Texas!

Larry McMurtry -- from a large west Texas family he described as ''cowboys first and last" - is as heroic and larger-than-life as any *football player. Dude! Remember Larry!!
:-)

I'll have to check him out!

Great choices, I only listed two on mine and neither of them are duplicates so happy to see that, the other states don't hold a candle to this great nation of Texas.

Haha awesome. I just picked some random ones (besides the obvious Presidents from Texas) so glad we didn't have any overlaps.

"...unverifiable knife fights and misquoted reports. That's not important, but what is important that you refer back to the size of that knife."
LOVE IT
For that, I will forgive your omission of the incredible people who evolved/adapted to hostile weather and rugged landscapes: Apache, Comanche, Kiowa, Cherokee, Kickapoo, Coushatta, Caddo, and Wichita tribes

I would spend the rest of my life listing famous people from Texas so I just picked the ones I knew about (for the most part) and knew the most about.

When Chuck Norris' daughter lost her virginity, he got it back.

When Chuck Norris turned 18, his parents moved out.

There are just too many to list in one place! Those were just a few of my favorites.

Demanding much??? HAHA JK, I'll have to check it out in the morning because tonight I'm going to bed because my wife is telling me she's tired and I'm exhuasted. Can't wait to read it though and catch up on all the state war posts!

Musty old Zane Gray (first editions!) were about all that my desolate high school library had to offer. I consumed and internalized Gray - who seldom wrote about Texas - but Arizona and Mormon country were painted so vividly in mind's eye, I became homesick for lands I never knew. Then I read McMurtry. Lonesome Dove series. Oh! Texas! To this day I've barely passed through (a day in Austin, a night on a Greyhound bus). Must get to Texas Texas or bust!
Thank you for this tribute to Texas :)

The sooner you get their the better, trust me. Nothing compares to Texas.