Kevin Garnett - the profile of a Champion, the image of a Legend! 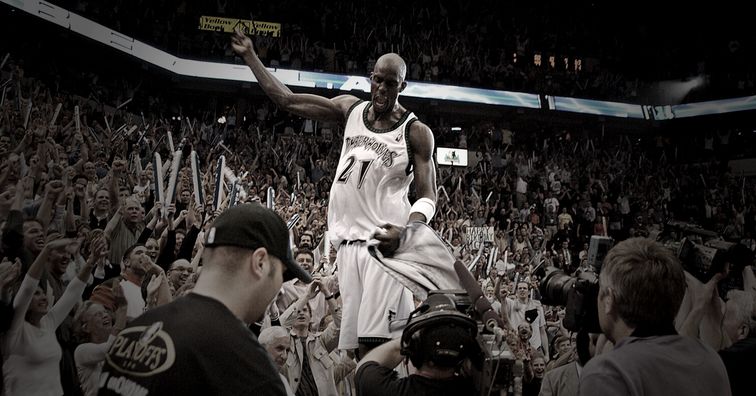 I knew the day will come when he will say good bye to the game. It's just a part of me always wanted to see him playing, see his intensity and passion for the game. He was the one who made me love the game even more! I notice Kevin even from the beginning of his career, time when i had no clue how legendary his carrier will be!
But in this game most of the times the numbers (the stats) are the ones showing how great a player it is so let's take a look at Kevin numbers now after 21 years of professional carrier.

Keep in mind that all the stats are up to date and don't reflect his position in the all time leaderboard when he retired. 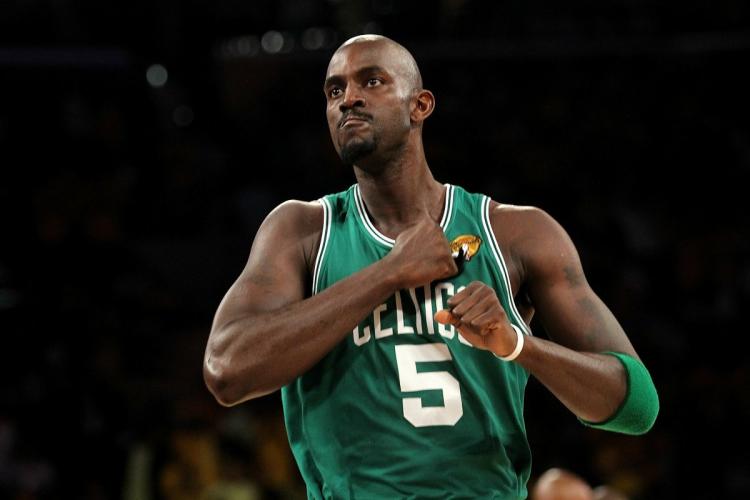 But sometimes it's not just all about the numbers or the stats even do i know a lot of people that are following them religiously when it comes to their favorite players. Have to admit i do the same sometimes but i like to think that basketball is more then just numbers. Kevin Garnett was drafted in 1995 by Minnesota Timberwolves, and made an immediate impact leading them to eight consecutive playoff appearances. Even now because of him my heart somehow is still with that team and i am really glad to see him now getting involved in the development of the youngest like Andrew Wiggins and Karl-Antony Towns and there is no wonder why both of the won ROY (Rookie of the Year award).
With the Timberwolves Garnett manage to win the MVP (Most Valuable Player award) award in 2004 when he lead the team to the Western Conference Finals.
In 2007, after 12 seasons with the Timberwolves and 927 games, Garnett joined the Boston Celtics in a blockbuster trade (the 7-for-1 deal constitutes the largest number of players traded for a single player in league history). I was really sad that time when the trade was done as i really wanted him to stay with the Wolves and win a championship. I told to my self... well its time for me to buy a new jersey now with the same player but a different team and a different jersey number.
In 2007-2008 Kevin Garnett was named the NBA Defensive Player of the Year and during his stellar career was selected 12 times for All-Defensive Team. As well his dream came true in that year as he won a championship with the Celtics!
In 2013 he joins the Nets for two year and then in 2015 he signs back with the Timberwolves for his last season of his career. I know as soon as he come back home that 2015-2016 is going to be his last season. The age 40 that time and the injures most probably determinate him to retire.
Kevin Garnett was as well selected 15 times to the NBA All Star Game and won in 2003 NBA All Star Game MVP. Most of the people are still saying that he won that MVP because of the magical shoot of Michael Jordan that bring the game to overtime but if you look at the game you have to admit that he played so good that even Jordan admitted that he deserve to won. 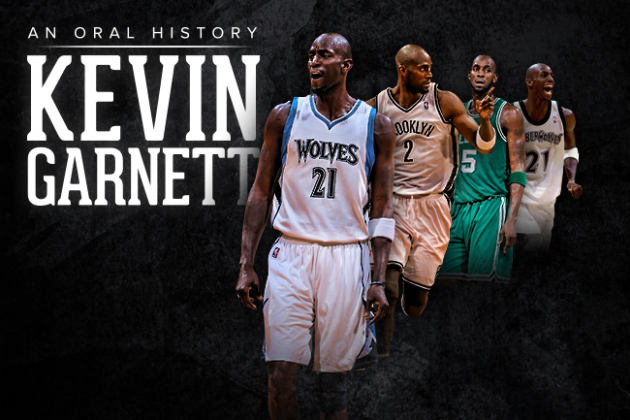 About Kevin Garnett i can talk and write for hours but i hope it will remain in our minds as one of the best who played the game, one of the best defender of his times and the player with so much passion about the game!
WHAT DO YOU THINK?

As well you can take a look at:

A walk around Arkhangelsk - Russia!
It is my second blog that i post in travel so any kind of feedback is more then welcome!

One of the most passionate players who played the game indeed. I don't think I have ever seen such passion and heart on the basketball floor from a player... in fact I can name only one besides KG: Dennis Rodman :) But again that doesn't mean much as I began watching the NBA in the late 90s and early 2000s hahahaha. Yet, in the last two decades or so, KG is definitely one of a kind, one of the best PF in the modern era and a Hall of Famer no doubt . Big props to your post and to the T-Wolves, the new home of Jimmy G. Buckets and one of the most passionate coaches there is in the NBA, Thibs.

Amen! You said it bro! Just wait for the day when he will enter officially in the Hall of Fame family !

Hall of Famer. All-time great player. Enough cannot be said about him.

Loved his game from a personal standpoint too. The great thing about him is that he not only could post you up and finish around the rim but he was automatically at the elbow and would play LOCK DOWN defense. And he wasn't just a great individual defender, but he anchored the entire defense and made it incredibly difficult to score.

I just love what you just mention: Enough cannot be said about him!
I am really happy so see that other people appreciate his game. He is a Hall of Famer no question about that. An all around player, a leader on the floor and later in his career a mentor for the young ones. A very unique style of playing the game as well.. let's not forget he played as small forward, power forward and even center.
Thanks a lot for the visit and for the great comment!

Congratulations @georgemales! You have completed some achievement on Steemit and have been rewarded with new badge(s) :

Wow one more badge! Thanks a lot @steemitboard!
Keep them coming! :)

Kevin Garnett is one of my favourite players to ever play the game. My goodness the seriousness and competitive spirit he plays with is unmatched. I was extremely happy to see him win a ring when he came to Boston. He had such an amazing career in Minnesota and paid his dues to finally get to the grand stage and deliver. His "Anything is Possible" speech went down in the history books! Great post buddy.

You just made my day bro. Seeing people who loves the game here on Steemit is great but seeing people who loves KG as well is even better. Yes bro his "Anything is Possible" speech it will be in the history books specially he said it after he won his first championship. I was so happy for him that time and in the same time a little bit sad that he did not manage to do it with the Timberwolves!

Congratulations! This post has been upvoted from the communal account, @minnowsupport, by georgemales from the Minnow Support Project. It's a witness project run by aggroed, ausbitbank, teamsteem, theprophet0, and someguy123. The goal is to help Steemit grow by supporting Minnows and creating a social network. Please find us in the Peace, Abundance, and Liberty Network (PALnet) Discord Channel. It's a completely public and open space to all members of the Steemit community who voluntarily choose to be there.

Thanks a lot for the visit and for the support!