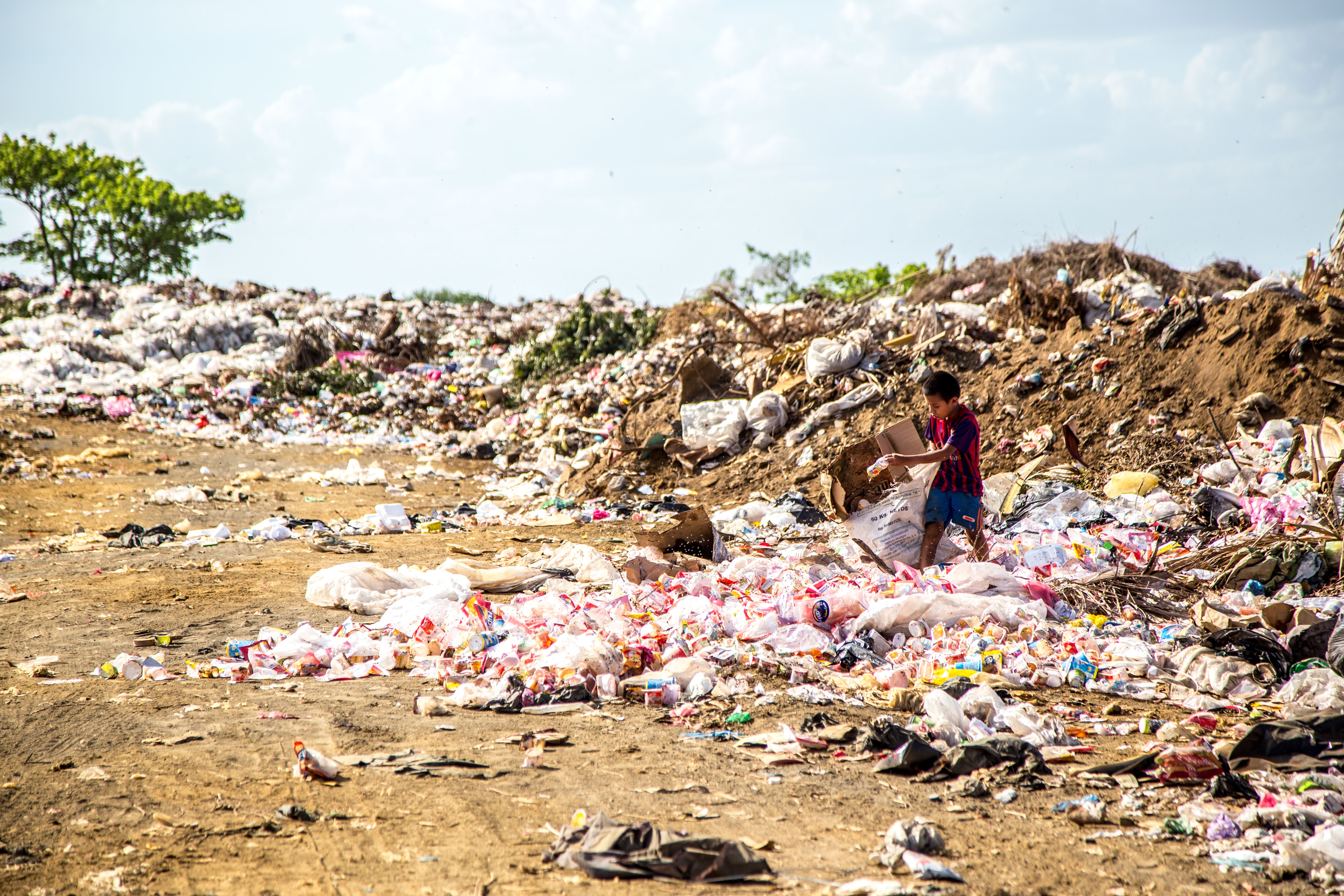 Let Me Introduce You to the Great Pacific Garbage Patch

Hey Stemfam, I am writing this article to inform you about something you need to know about and leave you inspired to take action to help be a part of the solution. We have a huge garbage problem here on planet earth and most of our waste is in the form of used plastic. Plastics have been used commercially for 60 years or so and they take hundreds of years to break down. A good amount of this plastic has ended up in our oceans. Because of the currents that control the water, the plastic garbage has actually collected to form one huge mass. Think of it as a floating island of garbage. So just how big is this island? It's estimated at just around 1.6 square kilometers which is an area twice the size of Texas or three times the size of France! That's huge right?! I was shocked when I learned this and I'm pretty sure you are as well.
There is plenty of research on the internet for your study that I don’t need to repeat here. Start here if want to go further down the rabbit hole: https://en.m.wikipedia.org/wiki/Great_Pacific_garbage_patch Why Should You Give a F*ck? 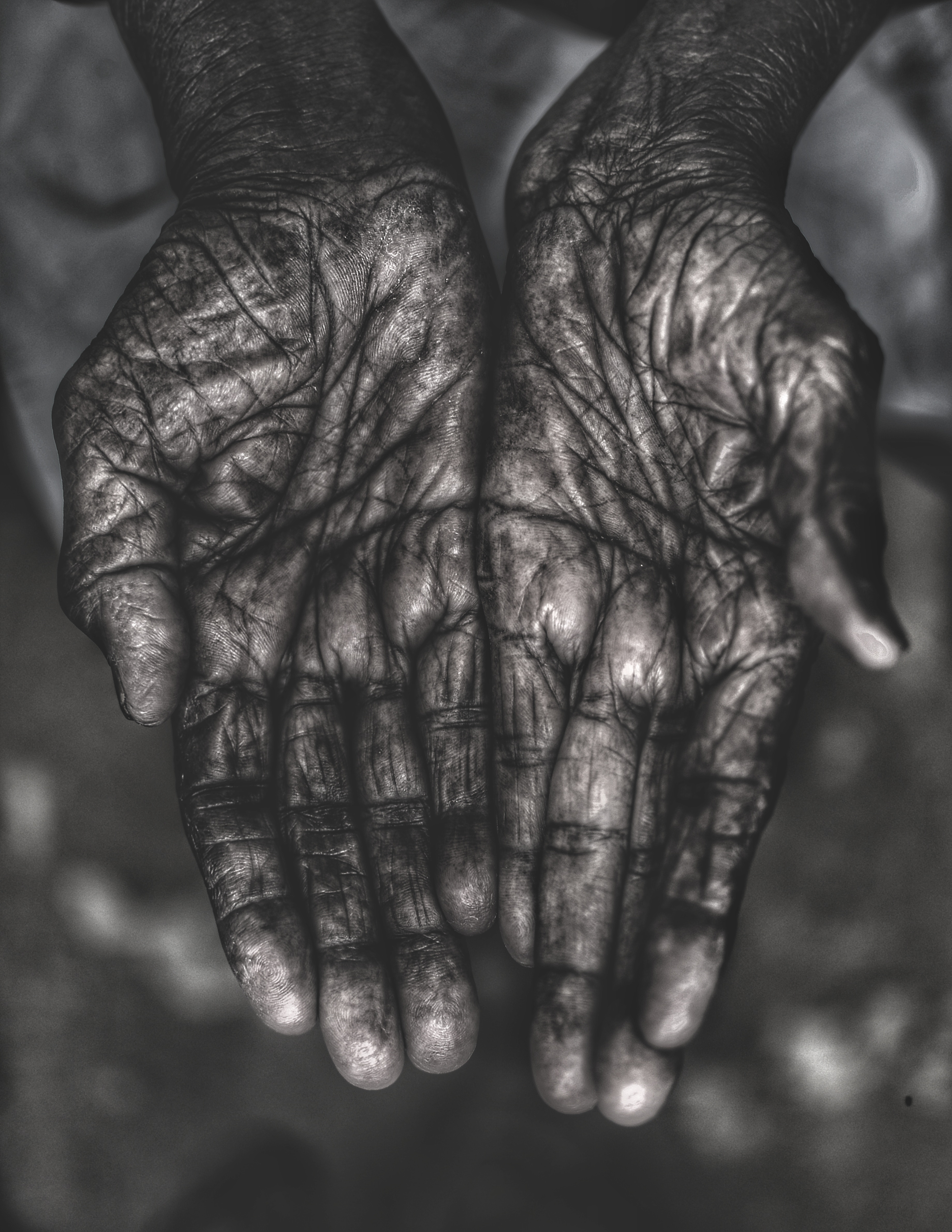 So all of our hands are dirty in some respect to this issue. But one kid actually took on the enormous task of cleaning up our mess at the age of 16! Who is this amazing human being? His name is Boyan Slat. He is a Dutch inventor (now 23) who has invented and built an invention that will clean up half this mess in five years! You can read more about this jewel of a human here: http://boyanslat.com/
His story has captured my heart and his sacrifice and dedication are truly awe-inspiring. In seven short years he has transformed this idea of cleaning up our oceans from a thought in his head to inventing several prototypes, starting a foundation (https://www.theoceancleanup.com/), raising millions of dollars, and now he is finishing up the first round of machines. This summer he and his team will begin using his machine to start the clean up.

So You Want to Help I want to come together as a community and starting helping the cause. I will be donating the profit of this post to his foundation on our behalf. I encourage you to give what you can to the cleanup directly. Here is the quick link to do that: https://www.theoceancleanup.com/fund/. Using our upvotes is super simple and collectively we can make a difference.
I will also be reaching out to Boyan and asking him to come onto Dlive with me and talk to you directly about what he’s up too. You will also have a platform to ask him questions and learn more. Who knows maybe he will start using​ steemit to promote and share his work! His work is important to the planet. Having him speak on our platform and having him know​ that we are here supporting him helps everyone!

Thanks for sharing it! Those things in the life need an immiadiately change, like plastic waste. one of a big problems :/

There was a talk about this to the school children. The lady did share about even the water may contain plastics due to such pollution. Everyone can do a part to keep the environment clean.

great initiative. I will resteem and put a bounty on this post.

This post has been shown by @tenorbalonzo to 7900+ followers

I love this! I feel like the growing problem with plastics is often disregarded or overlooked these days. I hope this post can bring this still ongoing issue to people's attention.

Thank-you for your support! If we all band together we can make a difference!

Maximum peoples should be responsible for this trash.Plasticis a very big problem for our nature. We should do something to save our nature.
@Ground2feet Thank you for taking a very good step.
Best of luck.😊

Our lifestyle is harming this planet so vigorously that thousands of animal and plant species have been extinct and our own life is becoming hell. Plastic has become a big problem. I think some restriction on the use of plastic be imposed so that our eco-system may survive.
I found some mistake in the data you provided in your article. I think it should be corrected.

It's estimated at just around 1.6 square kilometers which an area twice the size of state of Texas or three times the size of France! That's huge right?!

You're right! The cool part of his project he that he will be making new products with the plastic harvested from his machines. The profits from that business will be used to build more machines! We will probably not stop using plastics but being able to clean it up and even reuse them is a great first step!
Thank-you for the typo alert!

Join us this Earth week to sensitize and educate people to take action to end plastic pollution. Learn about our Earth week activities by following the link; https://steemit.com/earthday/@thegreens/did-you-know-earth-day-is-on-sunday-april-22-endplasticpollution
Our lifestyle is really killing Mother Earth and its time we change and make the earth a better place

Whenever we go to places, like mountains or seas, we always make sure to at least bring trashes with us or pick up trashes we find and bring it to make sure sea creatures can't eat them. Everyone should be responsible of their trash. It can make a big difference.

That garbage patch is a seroius issue, I hope Boyan will manage to clean it up.

He's well on his way! This summer the clean up begins. He's currently finishing up the builds. I got so inspired by this guy. He has tedtalks and is on many podcasts's! I caught him on Joe Rogan's recently and have been researching this topic heavily​. I want to get him on dlive and will work hard to do it.

I hope you succeed and you can count on my vote

We are also doing some work to end plastic pollution and together we can clean up the world. Stay connected to @thegreens

Good luck on this project @ground2feet...you are an amazing person for sure!

This is great @ground2feet. It's good to know somebody still cares :) God bless

thank you so much :) 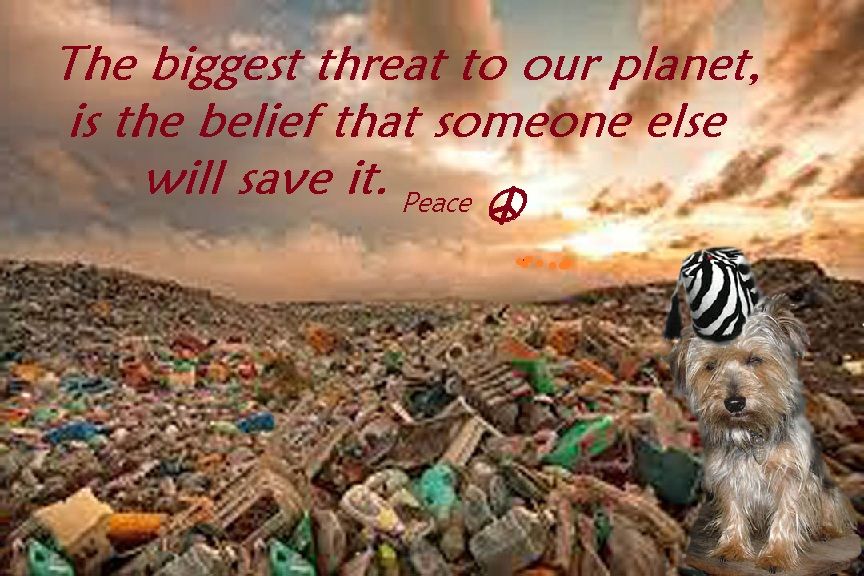 So true so true my friend!

I hate rubbish on our earth and totally support all efforts to clean it up.

@ground2feet, we must mobilize and educate people to take action to refuse, reduce, reuse, recycle and remove plastics from the environment.

Well done bro @ground2feet. It's a worthy cause.

This is serious issue, I try to take action in small activity with involve group of student in the school in my area, how to handling garbage, I know it's very small action. but if every area in the earth do that I think it can help a bit :(

From little things big things grow. It begins with you and i am glad you are already doing something. Checkout what we are doing https://steemit.com/earthday/@thegreens/did-you-know-earth-day-is-on-sunday-april-22-endplasticpollution

I eat fish practically every day but now finding it hard to swallow each bite as I know there are plastic molecules in all species of fishes and other seafood too.

Everyone has to take responsibility how we dispose our plastics bags and disposable drinking bottles; for that matter, anything plastic that either ends up in the sea or landfills ultimately poison the land and underground fresh water too.

I think this is the biggest nightmare of humanity today.

Indeed we can #EndPlasticPollution by doing our bit and building awareness. Cheers!

plastic becom serious problem in our earth. we use it because it is very practical without regard to the consequences. plastic piles are everywhere and hard to break down.
so it's time we support each other to do plastic cleaning. either on land or at sea.
i just can up vote your post

Thank-you for your support!

thank you so much.

#FuckStraws
... also, get yourself a bamboo toothbrush if you haven't already.

This is an excellent project. Plastic is a serious problem and we as individuals and society buy and throw away far too much. Thanks for informing me about this particular effort to clean the oceans.

Nice post! So great that this will help our oceans. I always try to participate in the cleaning of the beaches in my country! Its time to get aware of this problem to all the people we can. Thanks for doing such amaizing job.

We are doing some work this Earth week to contribute to #EndPlasticPollution. Mankind must stand up and take action for all the mess we have created or else it will just swallow us up someday. Connect with us @thegreens and @dukefranky and learn about our Earth Week activities in https://steemit.com/earthday/@thegreens/did-you-know-earth-day-is-on-sunday-april-22-endplasticpollution

Great initiative.. wishing u the best of luck!

We all need to pitch in what we can to save mother Earth...

1.6 million square kilometers. :) little typo in there. But, you are right that this is a huge issue! For my part I try to recycle or buy in bulk as much as i can to reduce waste. It starts at the bottom with us individually. If only we could get the major corps to clean up their act! I love to see the Steemit platform used for charity or environmental causes. Keep up the good work!

This is pretty crazy, but its the fact.. Thanks for your lectures

I feel very passionate about your project. I went plastic free a few years ago. We are the only ones who can make a change and a difference. And that mean all plastic, say goodbuy to it for good.

It annoys me to no end when supermarkets are banning single use plastic bags for now slightly thicker plastic bags that you're meant to use a few times.

Are people going to remember to take their used plastic bags with them and then when they break or if people are too lazy and throw them out anyway.... we now have thicker plastic bags which will take longer to break down than single use bags. Why would you not go to a fabric bag!?! I find it madness, they're not improving the situation, rather making it worse!

Not only that... plastic is poison... we shoudn't want to be using it anyway!

The more attention this gets the better and good on you for putting out there!! SAY NO TO PLASTIC!! : )

Wonderful project . Best of luck both of you and you and project. Thank you @ground2feet

Plastic is a harmless waste that does not melt with a tan unless it is burned. Must be clean in the sea and beach.

Actually, the salt in the water and the sun exposure breaks down the plastics into a slime which is easily ingested by marine life. Also, the chemicals in the plastic's draw mercury and other heavy metals to it which only makes it more toxic. It's like a magnet for heavy metals!
I have link's in my post so you can learn more if you're​ interested.

Its time people have more awareness of this problems. I use resuable bags the less possible when going shopping to the supermarket and i also use a metalic bottle instead of the plastic ones. Every little step can make a difference for the positive :)

For a total calculated bidbot upvote value in the amount of $51 USD.

This information is being presented in the interest of transparency on our platform @ground2feet and is by no means a judgement of your work.


The best way to limit the abusers

Okay you don't want to tell me.

Anyway... What is your favorite episode of my little pony?