Sampled and electronic cicadas chorusing through the night while vivid dreams bubble up from your subconscious until morning.

Because the Steemit Music League #smlchallenge season two, round ten (S2:R10) specified a Summer Music theme, but didn't stipulate the music of which species, One Media® chose a chorus of cicadas for its entry...

Nowhere Near recorded this tune on May 14, 2018, intending to represent what in the composer's mind is perhaps the most musical aspect of Summer, in and of itself, the chorusing of cicadas, ebbing and flowing through the night like waves as each start their song at varying times and distances from the listener. This piece also depicts one's mind drifting off to sleep under such conditions, after a long summer day full of activity in an outdoor setting.

After the prior weekend having listened to Ash Ra Tempel and Manuel Göttsching - Inventions for Electric Guitar, the composer wanted to pay tribute to the Berlin School, and in doing so, also acknowledge all the musical friends from Germany here on Steemit.

The composer first thought of doing with solely the violin what Manuel Göttsching did with solely the electric guitar in the aforementioned work and hereby create a virtual chorus of cicada. That idea was quickly abandoned in favor of using ambient sound also to enhance the summer night feeling. A further tip of the hat to the Berlin School comes with the track including a sweeping chorused organ patch from a Roland RS-09 Organ and Strings keyboard, providing an accompaniment typical of the Berlin School. The bongos heard on this recording were not a sampled patch, but played live, also typical of the earliest Berlin School recordings.

Surprisingly few electronic instruments were used to create this sound. In fact, the two instruments the composer often, if not always uses, the Korg T1 and the PAiA Gnome were not at all utilized for this recording.

After arranging and sculpting the sound of the samples of nighttime ambient sounds taken from a recording session the composer did thirty years ago, one of the tunes from that album posted on steemit, the composer first attempted to use violin to emulate the sounds of cicadas. Actually the violin also hints at a bird or two and that there are mosquitoes out that night. The mosquitoes, er, violins were captured in three takes, three tracks, each with the violin recorded with a chorusing and pitch doubling effect.

A Soprano Baroque Recorder provides the flute-like sound, with the same chorusing and pitch doubling effect as the violin, actually unintentionally at first, though so thoroughly hints at the music of Jon Hassell and especially appropriately for this tune, his album, Dream Theory in Malaya.

The SIDnth, a custom synthesizer made from the chips inside a Commodore 64, creates some of the 'electronic cicadas'. Chinese percussion including a handheld drum on a stick with balls attached that is played by spinning the stick between hands, and a set of ball bells (spherical bells containing their own clapper mounted on springs internal to the sphere itself) are what represents 'awakening' at the end of this recording. 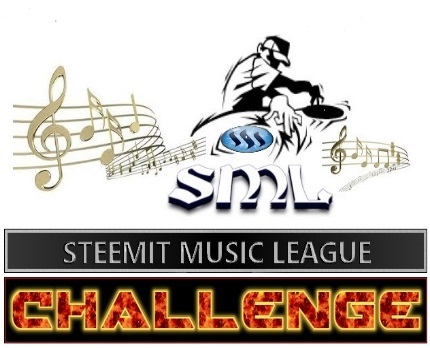 it's like some kind of weird dream... I played once my ocarina like it was the wind
and it reminds me of it a little bit
the effect, wind whistling

Oh yes! Actually I think the Soprano Baroque Recorder is a bit more shrill sounding, more harmonics, compared to the Ocarina a more 'rounder' mellow tone. The shrill harmonics may give the sound effects more to work with, so they're actually desirable in this case. Yes the wind instruments do 'breath life' into music... I thought you would appreciate an acoustic arrangement. Thanks for listening and commenting!

What a beautiful entry you created. Besides the beautiful, informative, and flowing post that just captivates you and hints at your creative writing talents, this music is extraordinary.

Love how I feel like I am sitting outside in the middle of nature. Almost like we are the only humans in a very populated forest and these are the sounds amplified surrounding us.

That flute-like sound is incredible. My ears latch on to that and man does it make the ears happy and raise the vibrations all at the same time.

Love how you mimic those cicadas with a synth wow wowwww what a talent. I remember those nights of loud cicadas they are so memorable. That sound sticks with you.

Much appreciation for all the time and effort that went into composing this music and post. Wowzerssssss.

I also really appreciate all the effort you put into running this gig!

O they sure did my friend o weeeee.

And thank you for your words; means a lot.

Congratulations! This post has been upvoted from the communal account, @minnowsupport, by onemedia from the Minnow Support Project. It's a witness project run by aggroed, ausbitbank, teamsteem, theprophet0, someguy123, neoxian, followbtcnews, and netuoso. The goal is to help Steemit grow by supporting Minnows. Please find us at the Peace, Abundance, and Liberty Network (PALnet) Discord Channel. It's a completely public and open space to all members of the Steemit community who voluntarily choose to be there.