Did one of TheShadowBroker's "Monthly Dump Service" customers leave them a bad review? Maybe. (update: YES)

Update: 7/14 11:40 AM EST:
@fsyourmoms posted and tweeted the secret tx key. It provides cryptographic proof that they did in fact pay 500 XMR to TheShadowBrokers.

I wrote an update with instructions on how to verify the proof yourself.

The poster claims to be one of TheShadowBroker's "Monthly Dump Service" customers. The post begins:

TheShadowBrokers ripped me off. I paid 500 XMR for their “Wine of the Month Club” and only they sent me a single tool that already requires me to have a box exploited. A tool, not even an exploit! The tool also looks to be old, and not close to what theShadowBrokers said could be in their subscription service.

The rest of the post is an interesting tirade against TheShadowBrokers.

I will provide one piece of evidence that everyone else appears to have missed.

One of the e-mail addresses I found was [email protected]**********.com. This is very similar to @fsyourmoms username.
Here's the Monero transaction. You can convert the payment ID from hex to ASCII here.

This lends some credence to the post, but doesn't definitively prove its legitimacy.

If it is a hoax, it's likely someone who read my previous post (or did the analysis themselves), took the time to look at the raw data included in that post and saw the fucksyourmoms e-mail address and decided to use the alias.

If it's not a hoax and @fsyourmoms wants to improve their credibility, they could prove they're legit in the following ways:

Assuming they didn't use a web wallet, I think it should be possible for @fsyourmoms to prove that the payment was sent to TSB using the tx private key. Here's an example of what it looks like in the Monero GUI wallet: 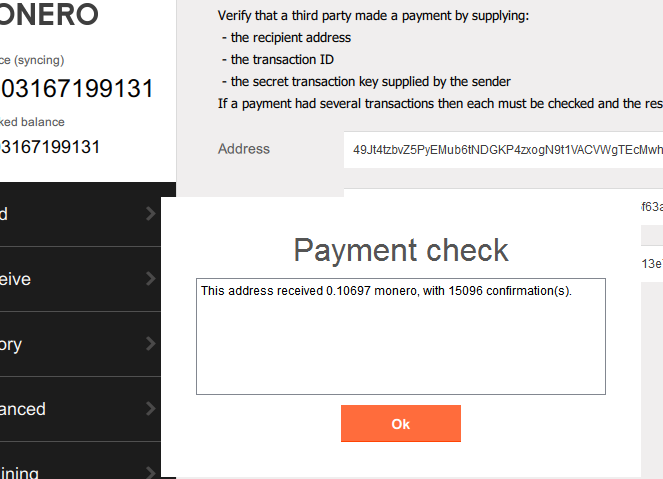 OP delivered. Cryptographic proof that @fsyourmoms paid 500 XMR to TSB. Posting instructions on how you can verify… twitter.com/i/web/status/8…